For all its admiration for debate and veneration of philosophy, France is a land of unchanged, unchallenged verities.

Otherwise serious French people reliably claim that rubbing creams into your thighs can induce weight loss during sleep. They will contend that dried sausage could not cause cancer any more than unpasteurised cheese could provoke stomach disease. French tax and regulatory schemes will customarily seem essentially impenetrable. Some consumers will still defend the andouillette, a means of introducing an animal's bowel to your own. Many French friends will assert that all will be well in your life provided you have properly arranged love, by which they mean sex. In any given week, you can come across long-life milk, arguments for "more Europe", a new book solving the world's problems by Jacques Attali and a perceived crisis in some sub-branch or other of philosophy. To adapt a hallowed French expression, plus ca ne change pas, plus c'est la meme chose. 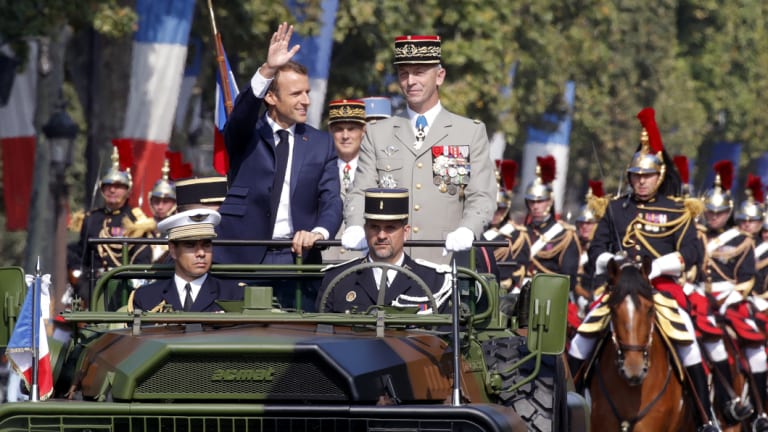 So it goes in France this northern autumn. As with the other verities, the government is yet again producing plans – on poverty, energy, bicycles and health. That government comprises a young president who won against the odds, backed by the party he formed. Weirdly, though, the French political system seems differently but as sharply disjointed as our own. We have not seen a former prime miniser (Manuel Valls) abandon his wife, seat, party, country, even his car (in favour of a motor bike) to run for mayor in another country. The loser in our last national election, unlike Marine le Pen, is not contesting a court order to take psychiatric tests. We do not have a president distracted by public mockery of a tacky shop set up on the Champs Elysees to sell presidential trinkets. Imagine the boundless scorn of Charles de Gaulle or Francois Mitterrand at sets of red, white and blue glasses or a T-shirt emblazoned "First Lady". Our political leader stands accused of many flaws, but none as abstruse as the allegations against Macron of lonely narcissism, technological arrogance or the heinous sin of telling the unemployed they merely needed to cross the road to find a job.

The second-most senior minister in our government has not resigned, after first asking to postpone his formal desertion for eight months, having evidently detected a lack of humility in the President. In counterpoint, the third-ranked minister resigned during a radio broadcast and has exiled himself to a cliffside retreat in Brittany. Meanwhile, a 27-year-old who says his job at the Elysee included picking diplomatic gifts and arranging the President's private outings has been pushed to explain why he assaulted protesters and carried a gun.

Amid all this folderol sits a prime minister the like of which any country, not just Australia or France, should strive to keep. In a quiet, considered way, Edouard Philippe recently noted that his work is serious, timely and continuous, with the job done in a concentrated and coherent way. In another comment, Philippe remarked that the Prime Minister's tasks are just life, not drama nor theatre. One reward for such practical purposefulness is that you may well appear a political threat and therefore become vulnerable and dispensable before the President runs for another term. Few political careers end well. When I walked past the Prime Minister's office at Matignon on a recent autumn evening, more concentrated and coherent work was under way. The Prime Minister's light was on and his windows (French windows, obviously) propped open to catch the twilight breeze. Silently, I wished him well, and hankered for more leaders like him. 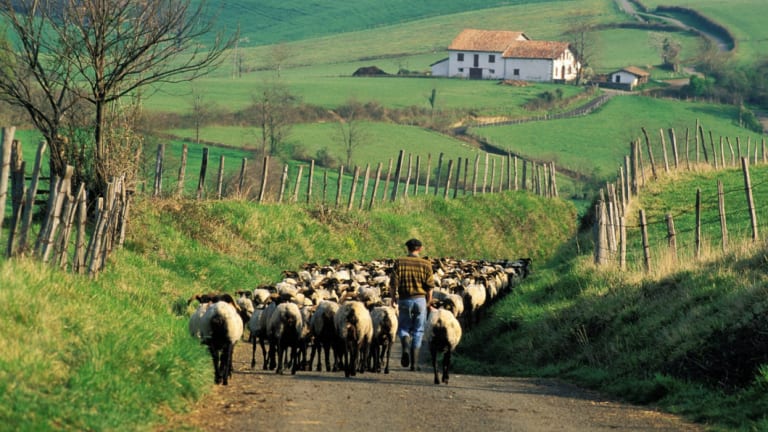 Most French people aspire to live in the countryside.Credit:AFP

A survey published in October by think tank Terra Nova provided a snapshot of voters for the President's party, LaREM, one which might open a window into the future of France. Macron's supporters turn out to be typically men (68 per cent), with higher education (81 per cent), employed in the private sector (68 per cent), living in big cities and, on average, 49 years old. If, however, the future is to be dominated by such middle-aged, university-educated Paris businessmen, then France's past will continue to fight back.

In France, the past is not another country. Buried in the department of the Drome, I encountered folk who thought aircraft contrails were spraying sedatives and that the local village might adopt its own currency. In Toulouse, one restaurant served only cassoulet, the only variations permitted being that you might eat your duck and sausage stew with foie gras beforehand, salad accompanying, or an apple croustillard adorned by plum ice cream tinged with Armagnac afterwards. Around a couple of corners stood a chocolate shop, Olivier, which opened eight years before Europeans settled Australia, as well as a bar with a singularly honest, honourable title: The Pretext. In Menton, one beachfront restaurant defiantly advertised "no pizzas", while a butcher's shop similarly hewed to tradition, by selling a skewer of ducks' hearts. Eighty-one per cent of the French confided to a survey that they still regarded living in the countryside as ideal, even if they fretted about the dearth of shops and lack of public services.

If the French were really worrying about anything, then that was the death of their Sinatra-like crooner, Charles Aznavour. In addition, they took a deep breath and reflected on the contribution of native-born Algerians, the harkis, to France's war in their country. "Harkis, honneur, histoire" proudly – if belatedly – declared a banner at a cenotaph in Nice. With an even greater time lag, the art establishment identified the model, one Constance Queniaux, for what is surely the most full-frontal classic erotic painting. Gustave Courbet's work was called The Origin of the World. The origin of the world is one matter, but the French remain stubbornly of the view that they know exactly where the centre of the world is located.

Mark Thomas is a Canberra-based writer.