So far four people have died and hundreds have been injured during the protests across France. 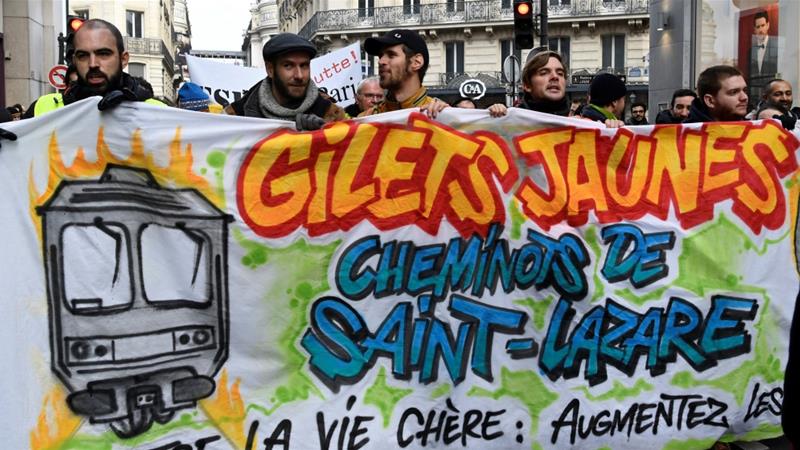 France has experienced weeks of social unrest since massive protests erupted across the country on November 17.

The demonstrations were initially held to protest planned hikes in fuel taxes, but have since widened into an movement against the government’s economic policies, leaving President  Emmanuel Macron facing the biggest challenge of his presidency.

Below is a timeline of the “yellow vest” movement in France, from the first online rumblings against the tax hike to nationwide protests and the worst Paris riots in decades.

In it she lists the grievances of drivers in the face of the fuel price hike.

A petition to bring down the price of fuel is posted online.

Saturday, November 17, is the first day of road blockades across France with nearly 290,000 demonstrators wearing the fluorescent yellow vests motorists are required to carry in their cars.

The protests are spontaneous, and not organised by political parties or unions. 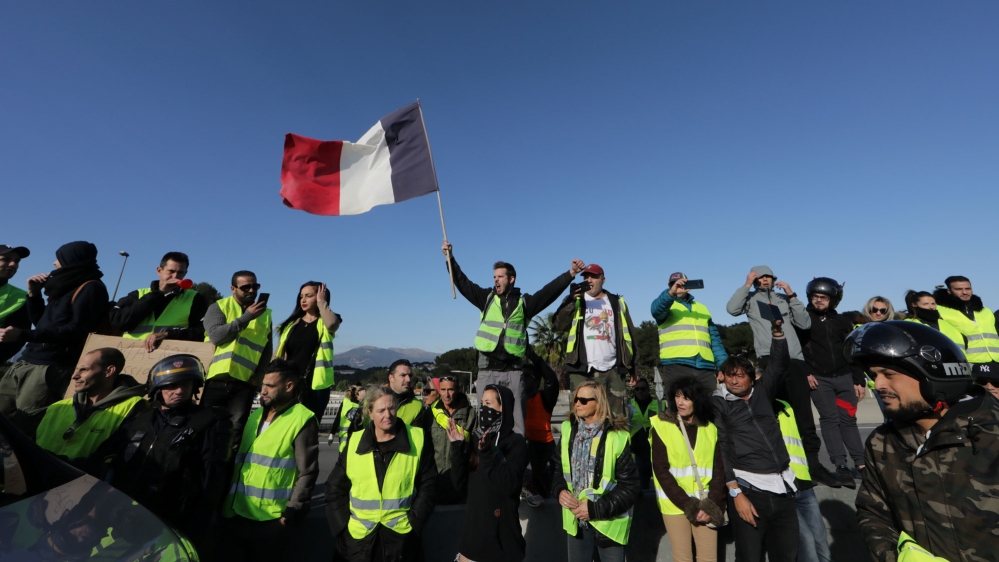 The next day Prime Minister Edouard Philippe says the government will not back down.

The next protests take place the following Saturday, November 24.

Thousands of demonstrators clash with police on the Champs-Elysees in Paris. 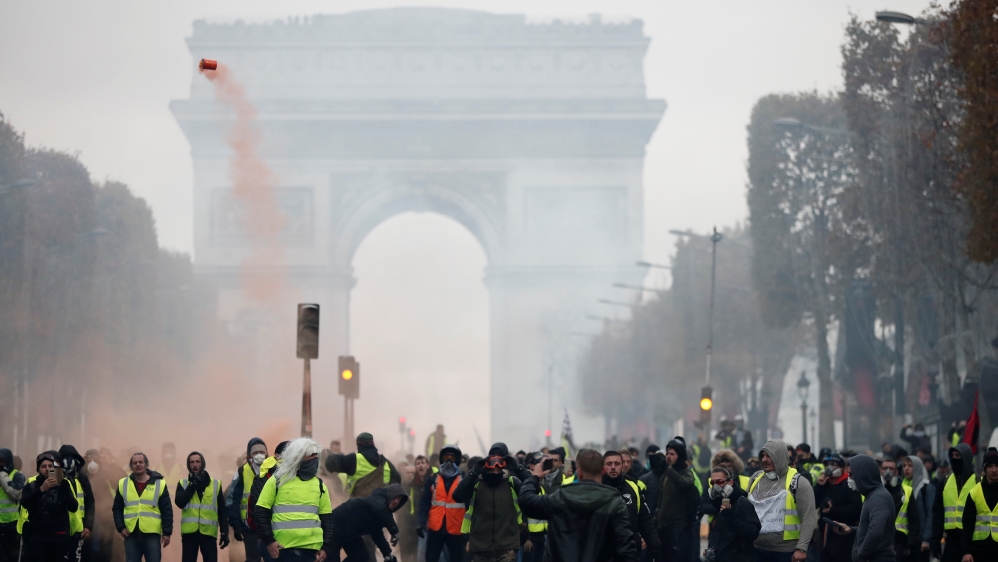 On November 27 Macron offers minor concessions, saying he would propose a mechanism to adjust the tax increases and calls for a three-month national consultation.

Unimpressed, the “yellow vests” call for a new protest on December 1 on the Champs-Elysees.

On November 29 Philippe meets a “yellow vest” protester. A day later two accept his invitation, but one walks out.

The third day of protests takes place on Saturday, December 1, with widespread violence erupting particularly in Paris around the Arc de Triomphe and several upscale neighbourhoods. 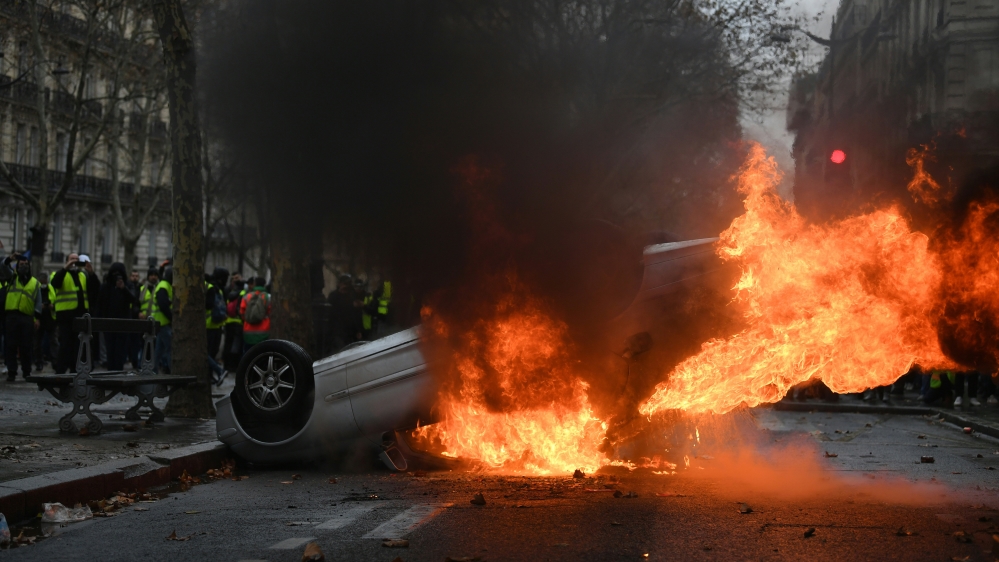 The government says some 136,000 people protested across the country.

On his return from the G20 summit in Argentina, Macron immediately calls a crisis meeting at the Elysee Palace on December 2.

“Yellow vests” representatives announce they will not go to a meeting with Philippe planned the following day – later cancelled – as some say they have received death threats. 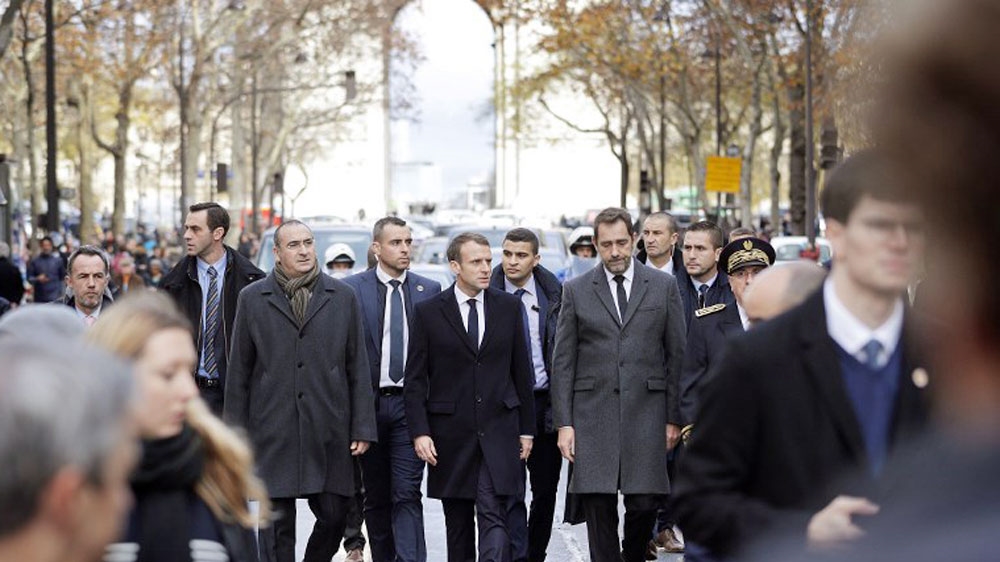 Seizing on the momentum from the protests, students start demonstrating over education reforms, disrupting dozens of high schools every day from December 3.

On December 4, the government retreats.

The prime minister says planned tax increases on petrol and diesel on January 1 will be suspended for six months and hikes in regulated electricity and gas prices will be frozen during the winter.

The “yellow vests” reject the moves as insufficient and press ahead with plans for a fourth day of protests on Saturday, December 8. 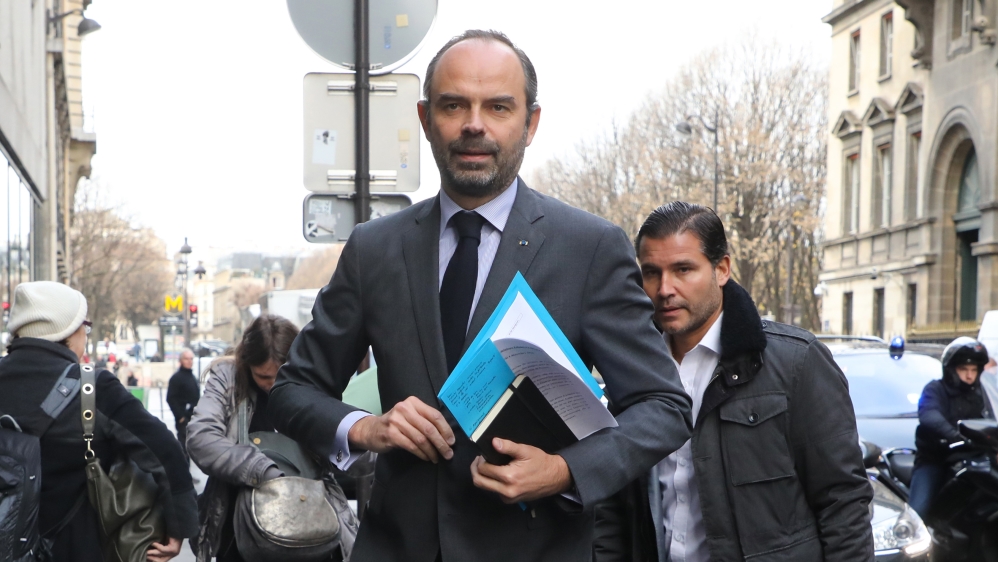 The government fears the new protests could lead to a new explosion of violence, anticipating participation by the far left and far right.

On December 5, Macron announces that all planned fuel tax hikes for 2019 will be scrapped.

However he rules out re-imposing a “fortune tax” on high-earners.

Farmers say they are planning to hold demonstrations next week, to support their own demands.

For the fourth day of protests on Saturday, 89,000 security force members are deployed, including 8,000 in Paris. Armoured vehicles are also mobilised in the capital.

The government, as well as most opposition parties and unions, have called for calm.

On the eve of a demonstration, “yellow vest” representatives advise against demonstrating in Paris where museums, monuments, big shops and many metro stations will be closed.