Free lateral flow tests ‘to be axed in weeks’: Mass testing devices could be limited to those with symptoms, care homes, hospitals and schools under plans to live with Covid and amid fears over £6 BILLION contracts bill

Free lateral flow tests are set to be axed as the Government prepares the country to live with coronavirus without ongoing restrictions.

Boris Johnson is set to announce the measure within weeks, the Sunday Times reported.

The newspaper reported that the new system could mean that free tests are only given in high-risk settings such as care homes, hospitals and schools, and to people with symptoms.

Contact tracing by NHS Test and Trace could also be scaled back. More than £6billion has been spent on mass testing using lateral flow devices. 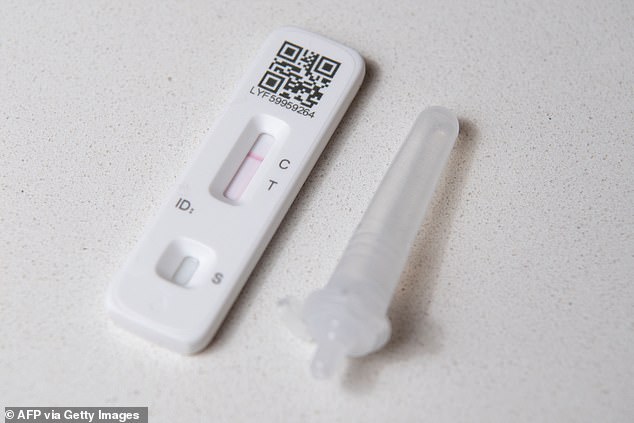 A senior Whitehall source told The Sunday Times: ‘I don’t think we are in a world where we can continue to hand out free lateral flow tests to everybody for evermore.

‘It’s likely we will move to a scenario where there is less testing but where we have a capacity to ramp it up if necessary, such as in the winter.’

Ms Sturgeon said the Scottish Government had not signed up to the move, but if Mr Johnson was ‘really considering this’ it would be ‘utterly wrongheaded’.

‘Hard to imagine much that would be less helpful to trying to ‘live with’ Covid,’ she tweeted.

She questioned what would happen to funding for UK nations for testing under the Barnett formula if the Westminster Government went ahead with the move, adding: ‘Testing so vital, we’d have to consider continued funding but it would then come from existing budgets.’

The Department of Health and Social Care is yet to comment, but a Government source disputed the report and said it was too early to say what the future holds for free lateral flows. 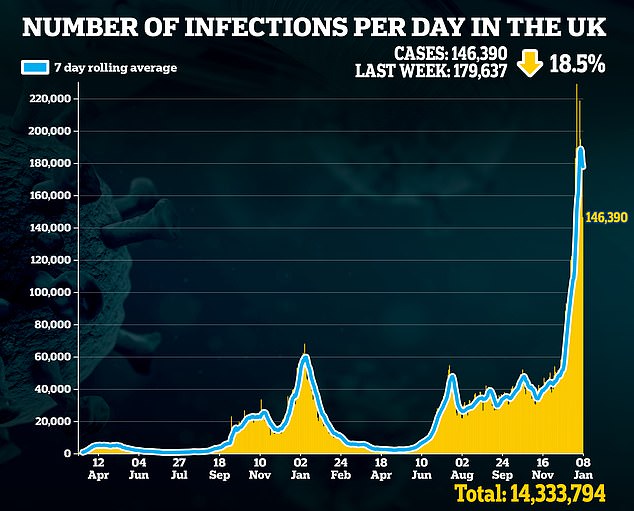 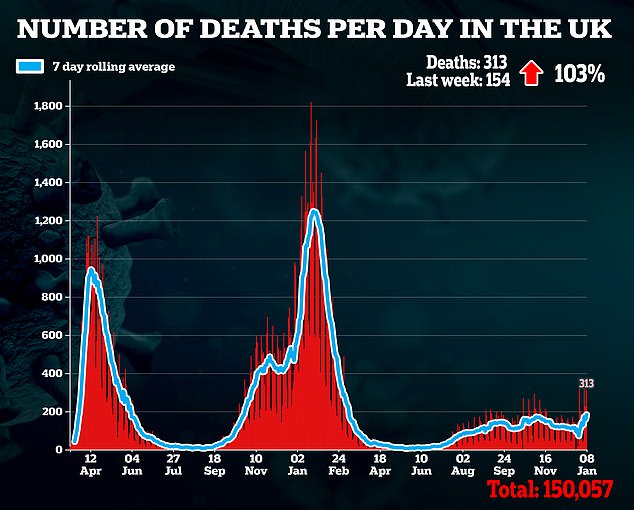 The rapid tests were made available to everyone in England, crucially including those without symptoms, in April.

They have been seen as a key way of suppressing the virus and have given confidence to people to safely mixed with their loved ones, particularly around Christmas as cases of the Omicron soared.

But the Sunday Times report suggested there is concerns in Whitehall over their costs.

Despite case rates hitting record highs after the emergence of Omicron, hospitalisation and deaths have not followed the same trajectory, with this being attributed to vaccination and the new strain being believed to be less deadly.

Professor Mike Tildesley, a member of the Government’s Scientific Pandemic Influenza Modelling group (Spi-M), said on Saturday that the variant is possibly the ‘first ray of light’ in Covid-19 becoming endemic and easier to live with.

‘The thing that might happen in the future is you may see the emergence of a new variant that is less severe and, ultimately, in the long term, what happens is Covid becomes endemic and you have a less severe version,’ he told Times Radio.

‘It’s very similar to the common cold that we’ve lived with for many years.’

It comes after figures showed that more than 150,000 people have now died within 28 days of testing positive for Covid-19 since the start of the pandemic nearly two years ago.

More than 150,000 people have now died within 28 days of testing positive for Covid-19 since the start of the pandemic nearly two years ago.

Boris Johnson recognised the ‘terrible toll’ of coronavirus on the UK after official figures showed a further 313 deaths were reported in the Government’s daily data on Saturday, bringing the total since the pandemic began to 150,057.

Labour leader Sir Keir Starmer said the toll was a ‘dark milestone for our country’.

Jo Goodman, a co-founder of Covid-19 Bereaved Families for Justice campaign, said the official figure of 150,000 coronavirus deaths being recorded was ‘yet another indictment of the Government’s handling of the pandemic’. 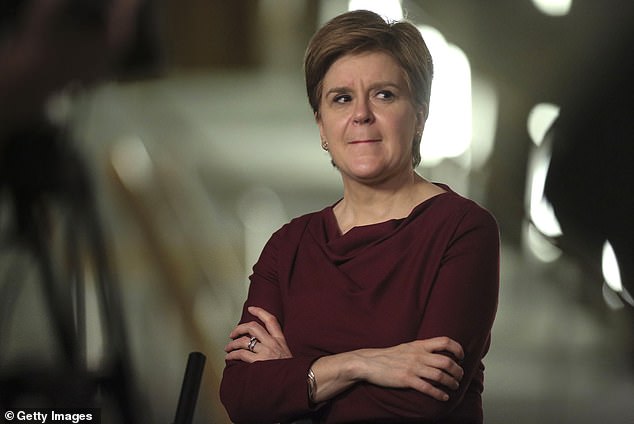 Professor Andrew Hayward, who sits on the Government’s Scientific Advisory Group for Emergencies (Sage) said the total passed on Saturday, when an additional 313 deaths were announced, was an ‘absolute tragedy’ made worse because ‘many of them were avoidable if we had acted earlier in the first and second wave’.

With a total of 150,057 deaths by that way of measuring, the UK became the seventh country to pass the milestone, following the US, Brazil, India, Russia, Mexico and Peru. It means it is also the first in Europe.

But separate figures from the Office for National Statistics show there have now been 174,000 deaths registered in the UK where Covid-19 was mentioned on the death certificate.

The new deaths were announced as the NHS continues to face significant strain from the Omicron variant and record high cases, though death rates are not as nearly as sharp as earlier in the pandemic because of vaccines and the new strain being believed to be milder.

Scientists also believe that Omicron could be less deadly even than the flu, meaning the pandemic could now finally be coming to an end.

MailOnline analysis showed Covid killed one in 33 people who tested positive at the peak of the devastating second wave last January, compared to just one in 670 now. But experts believe the figure could be even lower because of Omicron.