Frenchman is rewarded for his honesty with a gold bar after returning £18,000 worth of coins and ingots delivered to his home by mistake

A Frenchman was rewarded for his honesty with a gold bar after returning £18,000 worth of gold items which showed up on his doorstep.

According to thelocal.fr, 27-year-old Julien, from Vannes in the northwestern province of Britanny, received the unexpected package last Saturday – initially thinking it was a bikini he had ordered for his wife.

When he unwrapped the parcel, Julien found several Louis d’Or coins and numerous gold ingots weighing between 20 and 50 grammes inside. 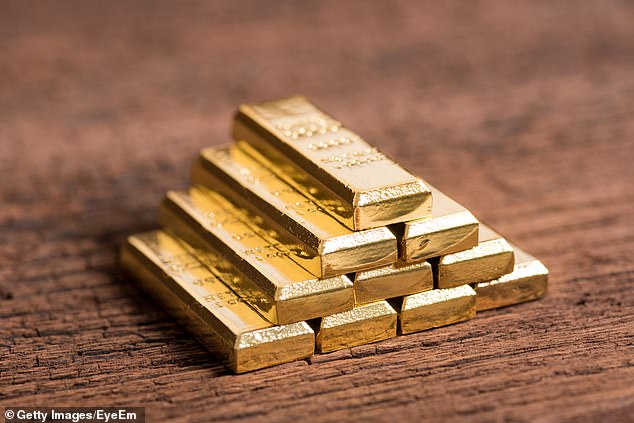 The Frenchman, named as Julien, said he was expecting delivery of a bikini he had ordered for his wife when the gold arrived [file photo]

‘I didn’t pay too much attention when I signed for the packages, I thought it was just a swimsuit I’d ordered for my wife.’

Despite the incredible delivery, however, Julien decided to return the package soon afterwards.

Using the address on the invoice, he headed to the person’s home nearby but found they weren’t in.

Julien then took the parcel to Vannes police station.

‘The officer congratulated me for bringing in the package and taking pictures of it,’ he recalls.

The mystery proprietor was eventually tracked down and reunited with his gold.

And soon after the incident, France’s National Gold Association, who sent the package, rewarded the young man with a gold ingot for him to keep.