Here, the seeds of Melbourne’s coffee culture were sown, the six-o’clock swill made way for outdoor dining, and the city adopted a new cosmopolitan, outward-looking confidence.

Since coming to Australia on a seven-week boat journey in 1971, Giulio Damante has watched these streets change over more than 50 years since he started working at Carlton institution Tiamo. 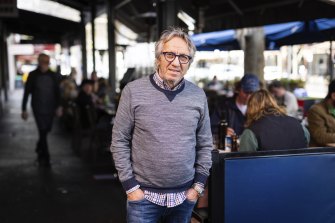 He migrated from Sicily almost a generation after the high watermark of Italian migration of the 1950s and 60s. On census night, 163,000 people living in Australia were Italian-born. Of those, 109,400 came here during the post-war boom.

Even so, when Damante arrived in Australia and settled in the suburb that became known as Little Italy, “there was nothing here”.

“It was very tough, there was nothing,” he says, from outside the bustling restaurant.

“There was not many people around, not many cars … but people changed.” In his time working here, Damante, – “Mr Tiamo” to many regulars – has watched Lygon Street change again, as COVID lockdowns accelerated the closure of businesses. 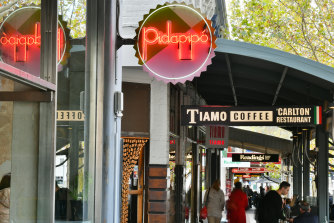 “Like I said to you, life’s changing now. A lot of places have closed down. No more staff, and they’ve closed. They can’t afford it.”

Last year’s census data, released on Tuesday, confirms Australia as a multicultural, migrant country. Just over half of us were either born overseas or have a parent who was born overseas.

But it also shows our migration patterns are changing. Migration from Mediterranean countries, including Italy and Greece, peaked in the post-war decades, while migration from South and South-East Asia including Nepal, India and the Philippines has boomed. More than 1 million people have arrived in the country since 2017.

If we head north from Tiamo, and hop a kilometre west to Sydney Road, we reach Brunswick, where the Mediterranean meets the Middle East. 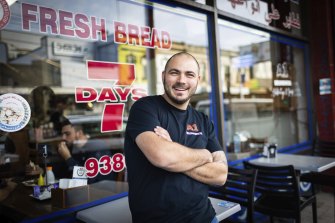 A1 Bakery in Sydney Road is a cultural icon of Melbourne. Celebrating 30 years this year, the Lebanese bakery remains a family business run by three brothers whose parents migrated from Lebanon in the 1980s, searching for a better life.

Manager, Haikal Raji, grew up in Coburg and has watched the community change over the decades. 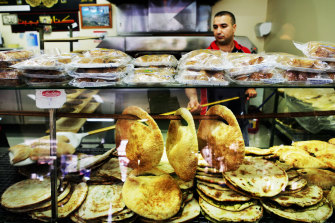 A1 Bakery on Sydney Road, back in 2007.Credit:Rodger Cummins

“There’s still the older generations in the Greeks and the Italians but now because Brunswick’s so expensive, a lot of their younger generations are moving out a bit more,” he says. “But you see a bit more diversity because of the younger students who are coming in and taking up the apartments.”

Brunswick, too, is changing. The suburb – which became renown for its rich cultural diversity in the post-war years of European, particularly Mediterranean, migration – is now decidedly establishment.

More than 66.4 per cent were born in Australia, and 31.1 per cent of residents nominated British ancestry in the latest census (just 3.6 per cent of Brunswick residents were actually born in England).

The face of migration to Australia is changing, too. In August 2021, when the data was captured, India was the second-highest country of birth after England, leapfrogging China and New Zealand. There are now more than 673,350 Indian-born people calling Australia home.

Victoria’s Indian-born population (4 per cent) is slightly higher than the national average (2.6 per cent).

Australia’s multiculturalism was one reason the Kumar family chose to be among the waves of Indian immigrants to the country in recent years.

Sandeep Kumar, a technician in a police pharmacy department, says Australia offers better opportunities for himself, his nurse wife, Ritu, and their daughters Diya, 12, and Jia, eight. 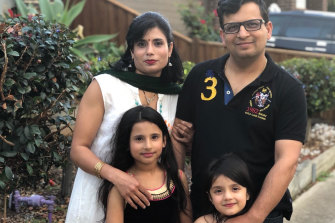 “Australia is a multicultural country,” Kumar says. “We heard there is no racism here and more opportunity.”

Friends had also recommended Melbourne: “They said it is affordable with more job opportunities as compared to other cities in Australia.”

China (Taiwan and Hong Kong are not counted in these figures) contributed 2.2 per cent of migrants to Australia. Mandarin is now the most common language, after English, across Australia, with 685,274 people speaking Mandarin at home last August.

The Melbourne suburbs with the highest percentage of overseas-born residents are the CBD and Clayton, with their high numbers of international students, and Springvale in the city’s south-east, where 23.1 per cent of people have Vietnamese ancestry and 22 per cent are of Chinese background.

Harry Chiem was 14 when he migrated to Australia from Vietnam. It was 1983 and at that time Australia was taking more than 15,000 Vietnamese refugees annually as part of the refugee resettlement plan. 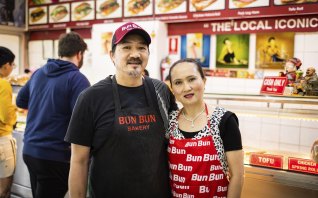 Chiem has lived in Springvale ever since and is now 56, running one of the suburb’s most popular bánh mì spots, Bun Bun Bakery.

He describes Australia as “heaven on Earth”, and has enjoyed watching his suburb and the community grow.

Chiem and his wife, Thuy, bought Bun Bun Bakery in 1998, after the original owner came down with food poisoning and decided to sell the business. It has since landed the top spot of many of Melbourne’s best food lists. 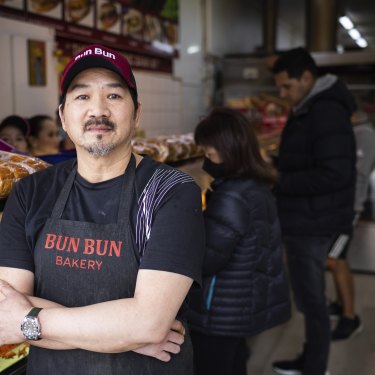 He said the reason the Vietnamese community is so strong in Springvale is because of the Enterprise Hostel, which housed 30,000 migrants and refugees between 1969 and 1992, many of whom were Vietnamese. Many of those migrants settled in the suburb.

Rohini Kappadath, general manager of Melbourne’s Immigration Museum, says the census offers insights into how Australia is evolving as a nation, including the growth in Indian-born migrants.

“Melbourne has become such an exciting cosmopolitan city to live in, and a magnet for so many different cultures,” she said.

“While professional migrants have an impressive track record of growing the Australian economy through their global outlook, entrepreneurial skills and business expertise, the wider community of thought leaders, artists, homemakers and elders play an active role in enriching and supporting the fabric of our contemporary culture with pluralistic values and vibrancy.”