Fitzroy as It Was 100 Years Ago 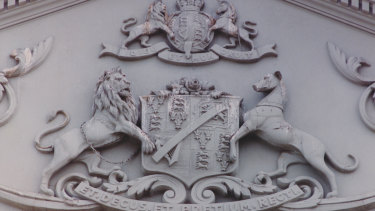 City of Fitzroy’s Coat of Arms and motto.Credit:The Age Archives

Cr. Thomas – speaking at the Fitzroy centenary – was reading from a report written more than 100 years ago.

“And over the years Fitzroy has contained many square people who have done a very remarkable job,” he added.

Cr. Thomas said the first Fitzroy council meeting – in 1858 – had been held in the Royal Exchange Hotel.

Early in the city council’s history, a certain mayor used to adjourn with the party to the Royal Hotel.

The owner was an aspiring councillor, and put on a very good spread. Needless to say, he was elected.

Cr. Thomas later unveiled a bronze plaque, to be hung in the Fitzroy council chamber, to perpetuate the memory of the local pioneers.