‘Republicans have been waiting for this’: Furious Elizabeth Warren joins Supreme Court protesters to slam ‘extremist’ justices who want to ‘impose views’ on Americans – as heckler shouts that she wants to ‘dismember children’

Sen. Elizabeth Warren vented at the Supreme Court Tuesday following the leak of a draft opinion that would strike down the landmark Roe v. Wade abortion case.

‘I am angry,’ the Massachusetts Democrat fumed. ‘Angry and upset and determined.’

She joined protesters who rushed to the High Court hours after Politico reported on the draft opinion.

Gesticulating with her arm as she spoke, she said Americans want to maintain Roe as the ‘law of the land’ – while a heckler outside the court interrupted and accused her of trying to ‘dismember children.’

‘We’ve heard enough from the extremists,’ she said, before heading away from the scene.

Chief Justice John Roberts, who reportedly does not plan to join in the majority opinion, confirmed the legitimacy of the draft when he announced a leak probe.

She accused conservatives of ‘plotting, carefully cultivating these Supreme Court justices so they could have a majority on the bench who would accomplish something that the majority of Americans do not want.’ 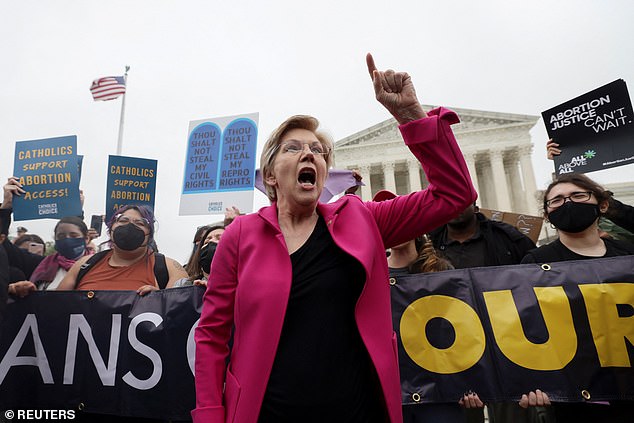 ‘I am here because I am angry,’ said Massachusetts Sen. Elizabeth Warren, who joined demonstrators during a protest outside the U.S. Supreme Court, after the leak of a draft majority opinion written by Justice Samuel Alito

‘They knew what they were getting when they voted for these people. And this is what they want. It is up to the rest of us to make the legislative process work,’ she said.

Warren was among a group of Democrats who were recounting recent history that set up the court’s 6-3 conservative majority: including the filibuster of Obama nominee Merrick Garland, the rush to confirm Justice Amy Coney Barrett in the last weeks before the 2020 elections after the death of Justice Ruth Bader Ginsburg, and the clash over Justice Brett Kavanaugh, the third of President Donald Trump’s nominees.

Maine Sen. Susan Collins (R), who voted for two of Trump’s nominees, Kavanaugh and Justice Neil Gorsuch, said if the draft holds ‘it would be completely inconsistent with what Justice Gorsuch and Justice Kavanaugh said in their hearings and in our meetings in my office.’

Republicans trained their ire at whoever leaked the document, which shattered tradition at the high court.

But Warren called that focus a distraction. 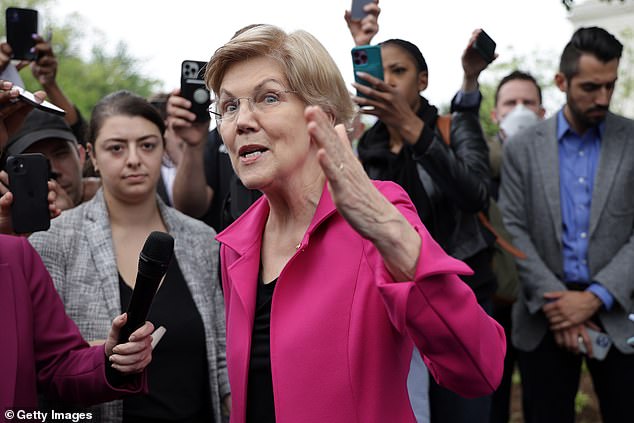 Warren accused conservatives of ‘plotting, carefully cultivating these Supreme Court justices’ to act against the majority 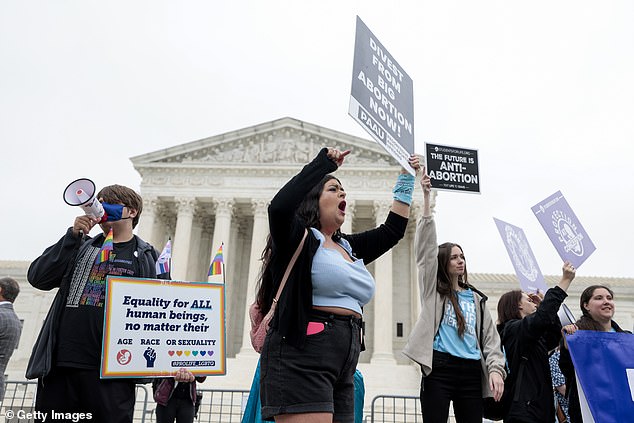 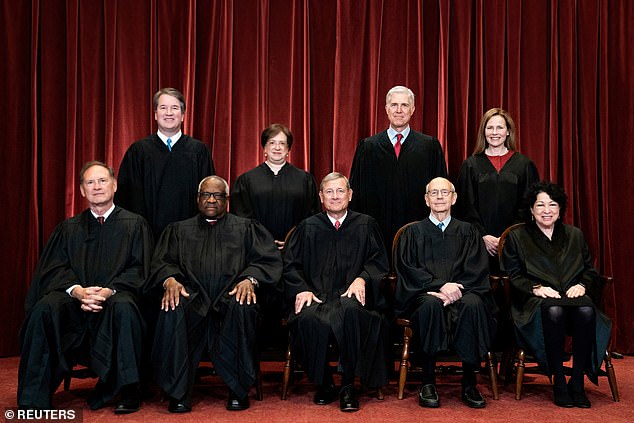 ‘What should be investigated and prosecuted is the fact that people who were nominated to the Supreme Court stood up and said they believed in the rule of law and precedent, and then at first opportunity, changed direction by 180 degrees and are going for a full repeal of Roe,’ she said.

She also blasted the draft in an appearance on CNN.

‘It’s not going to fall hardest on well-to-do women,’ she said of a post-Roe America.

‘They don’t care about those women. What they care about is imposing their extremist view on the rest of the country. That’s what the Republicans have been building toward and looks like they’ve about arrived there.’

Senate Democratic leaders vowed to try to codify Roe through legislation – but that would run smack into a GOP filibuster.

And Sen. Joe Manchin (D-W.Va.) reiterated that he is opposed to ending the filibuster to push the change through.

President Joe Biden blasted the draft as ‘radical,’ but stopped short of calling for changes to the court’s structure.