The protesters, angry over taxes and what they see as President Emmanuel Macron's pro-business policies, called on social media for a "festive event" in the French capital and other cities. 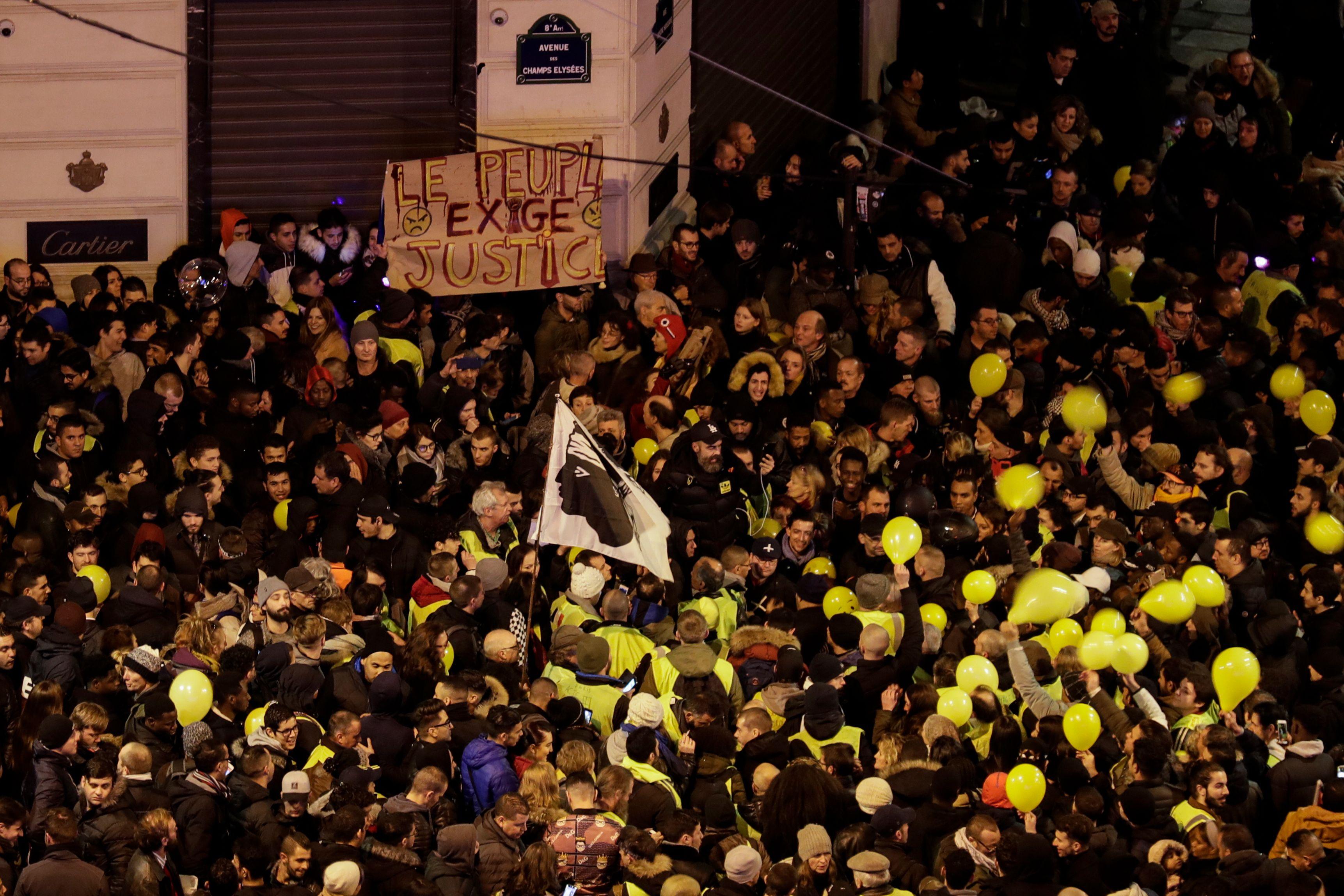 Previous demonstrations since November have led to violent clashes with police in Paris. The Arc de Triomphe has notably been tagged with anti-government graffiti that have been cleaned since then.

However, many took to the streets wearing yellow again last night in a bid to remind the embattled President of their steadfast determination.

However, some 150,000 members of security forces were deployed across the country in a bid to quell any potential violence and unrest.

It came as Macron said during a televised New Year's address that the movement's protests would not persuade his government to abandon its economic agenda. 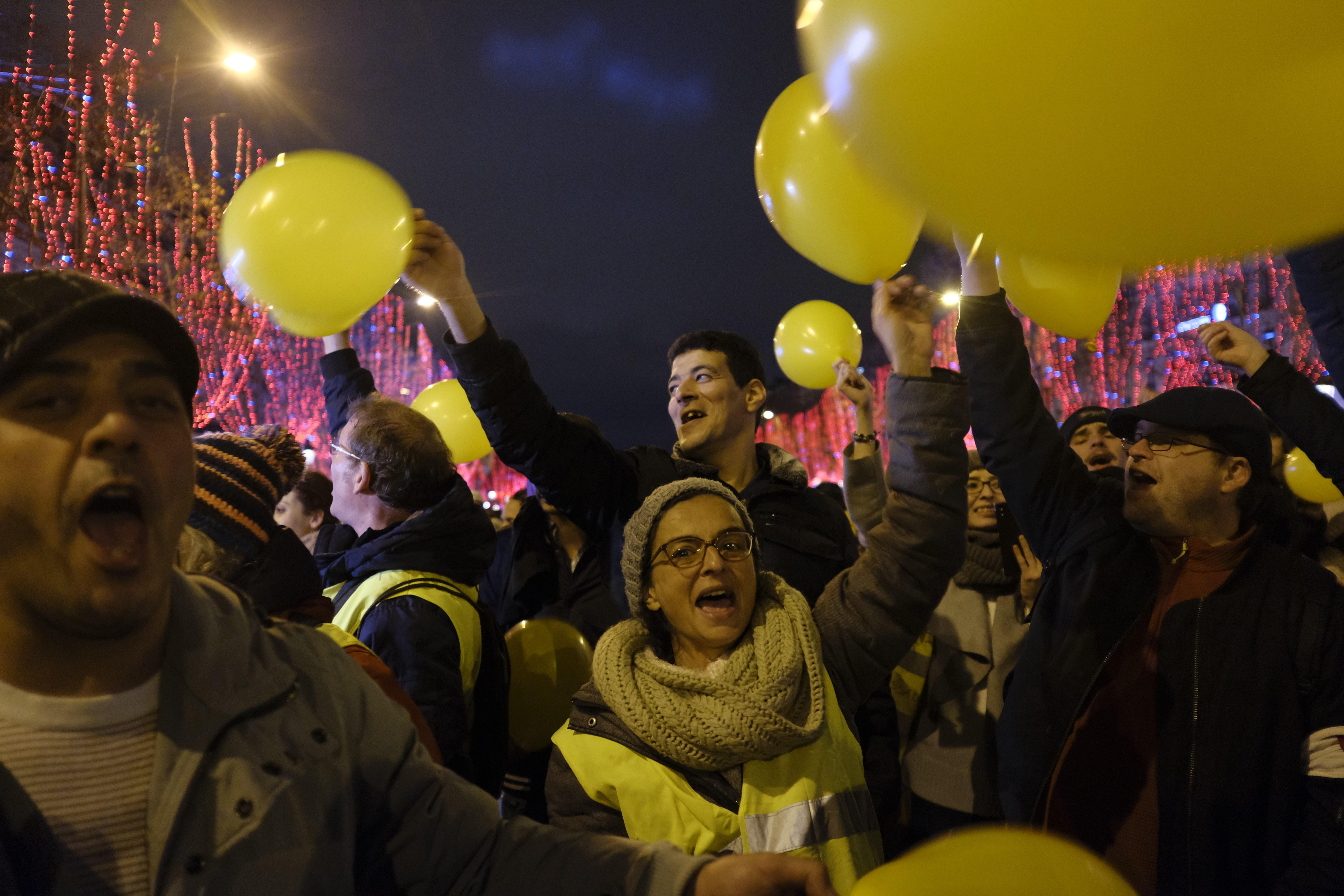 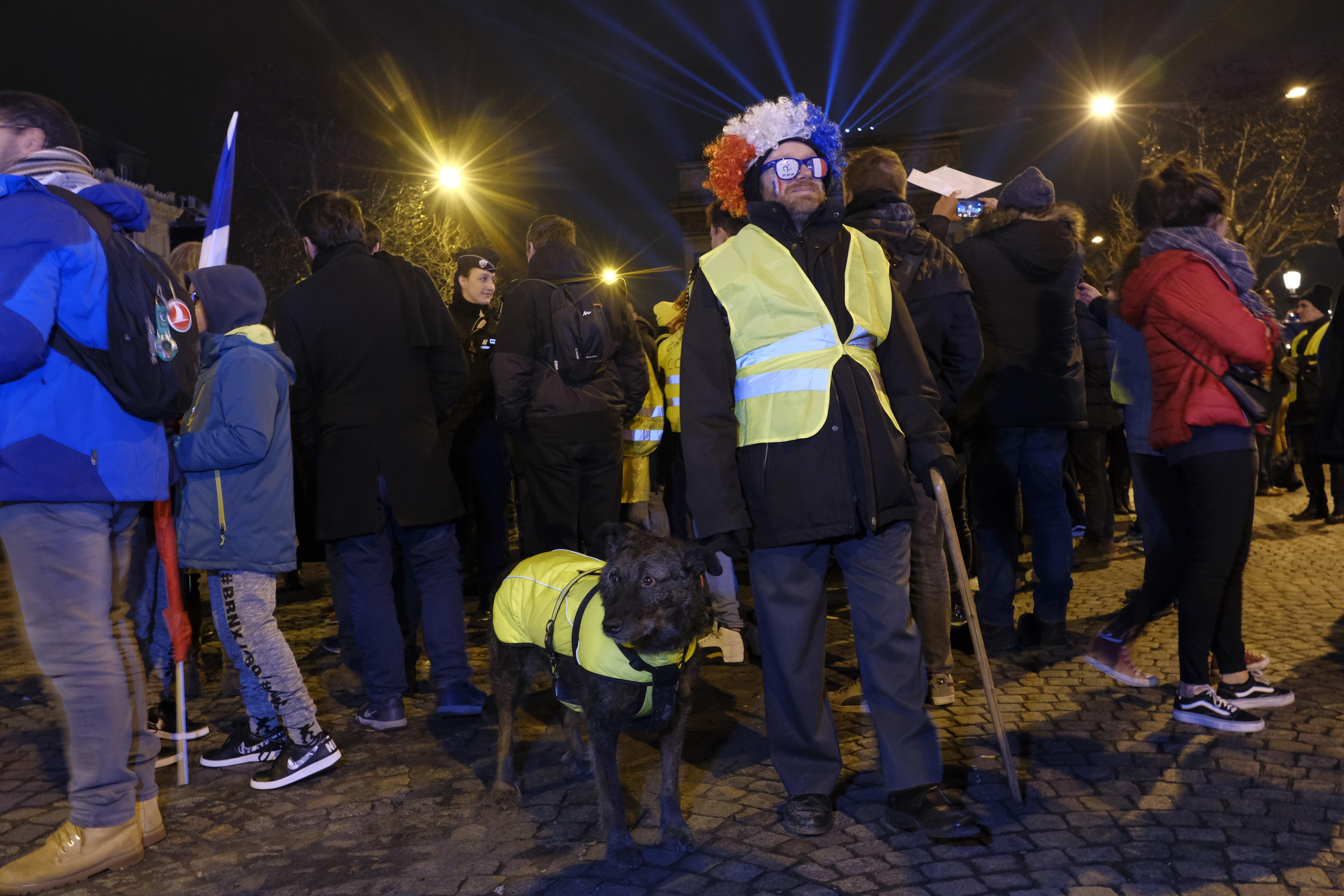 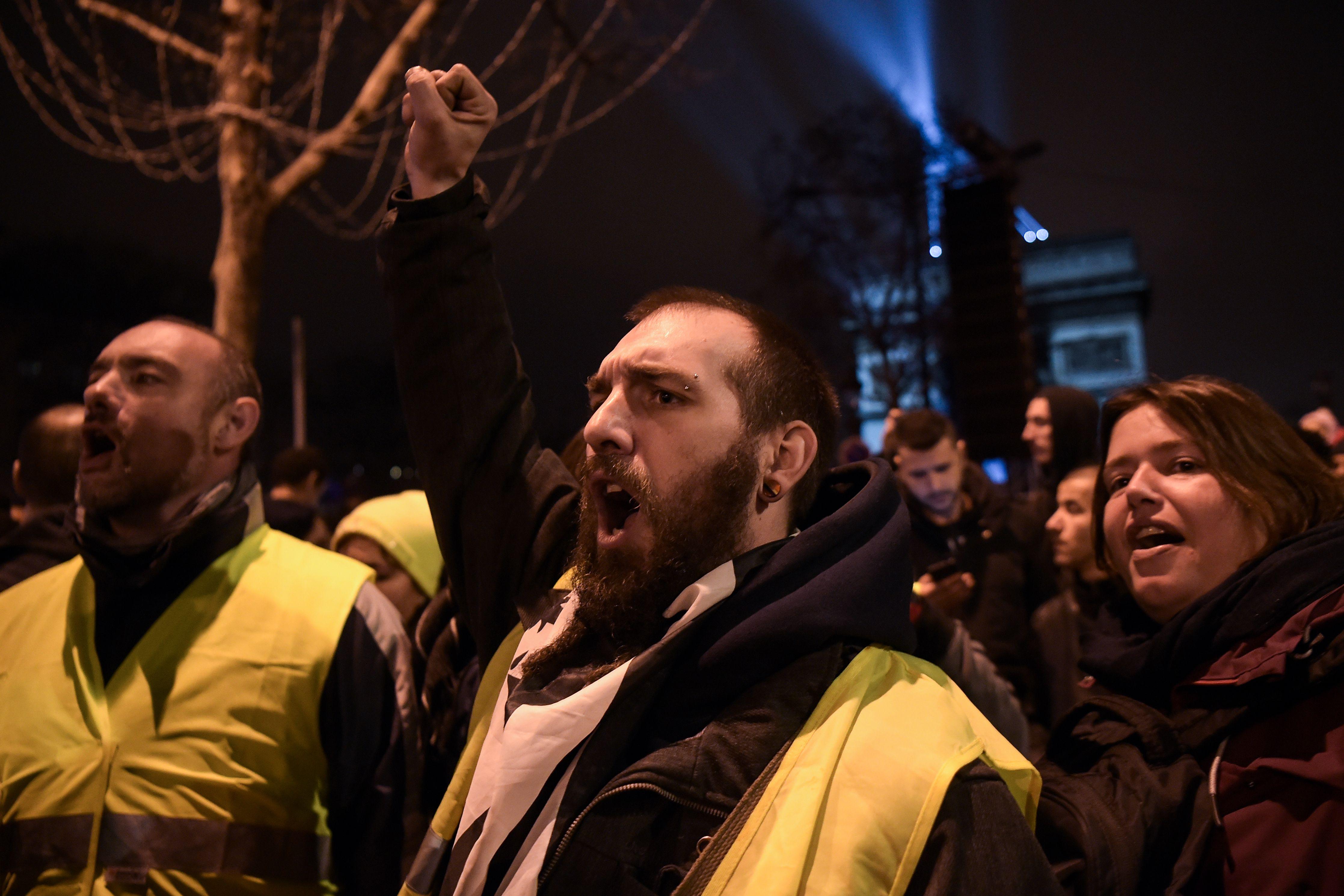 He called for "recovering unity" and the "efforts of everybody" in 2019.

Macron also denounced as a "negation of France" a "heinous crowd" that has mingled with the yellow vest protesters to spread hate speech about "police forces, journalists, Jews, foreigners, homosexuals".

The yellow vest movement is named for the fluorescent garments French motorists are required to carry for visibility during vehicle trouble or emergencies.

The movement started to oppose a fuel tax increase, but expanded to encompass the cost of living and other concerns.

To prevent protest-related unrest and the potential risk of an extremist attack, Paris police set up a security perimeter in the Champs-Elysees area, with bag searches, a ban on alcohol and traffic restrictions. 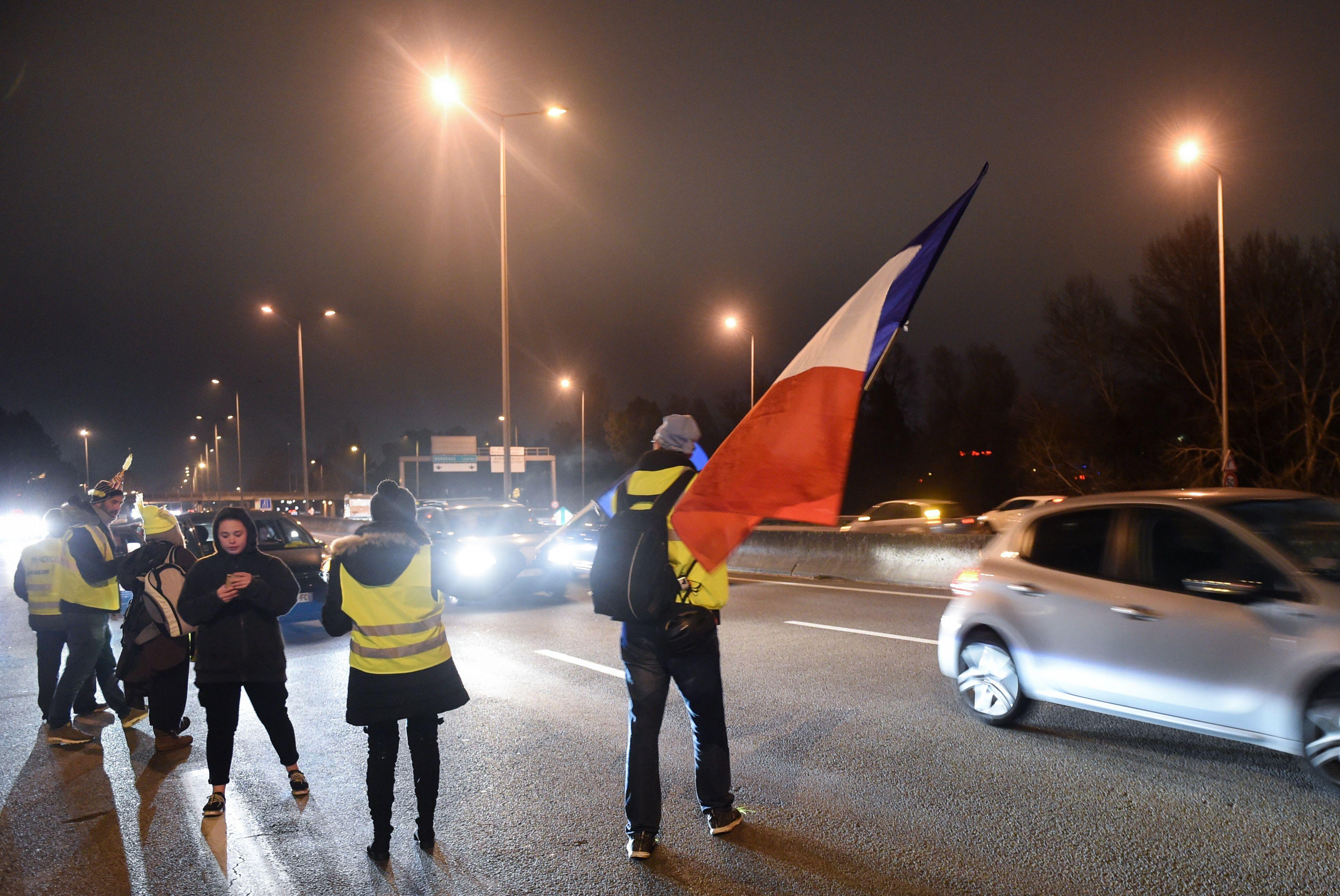 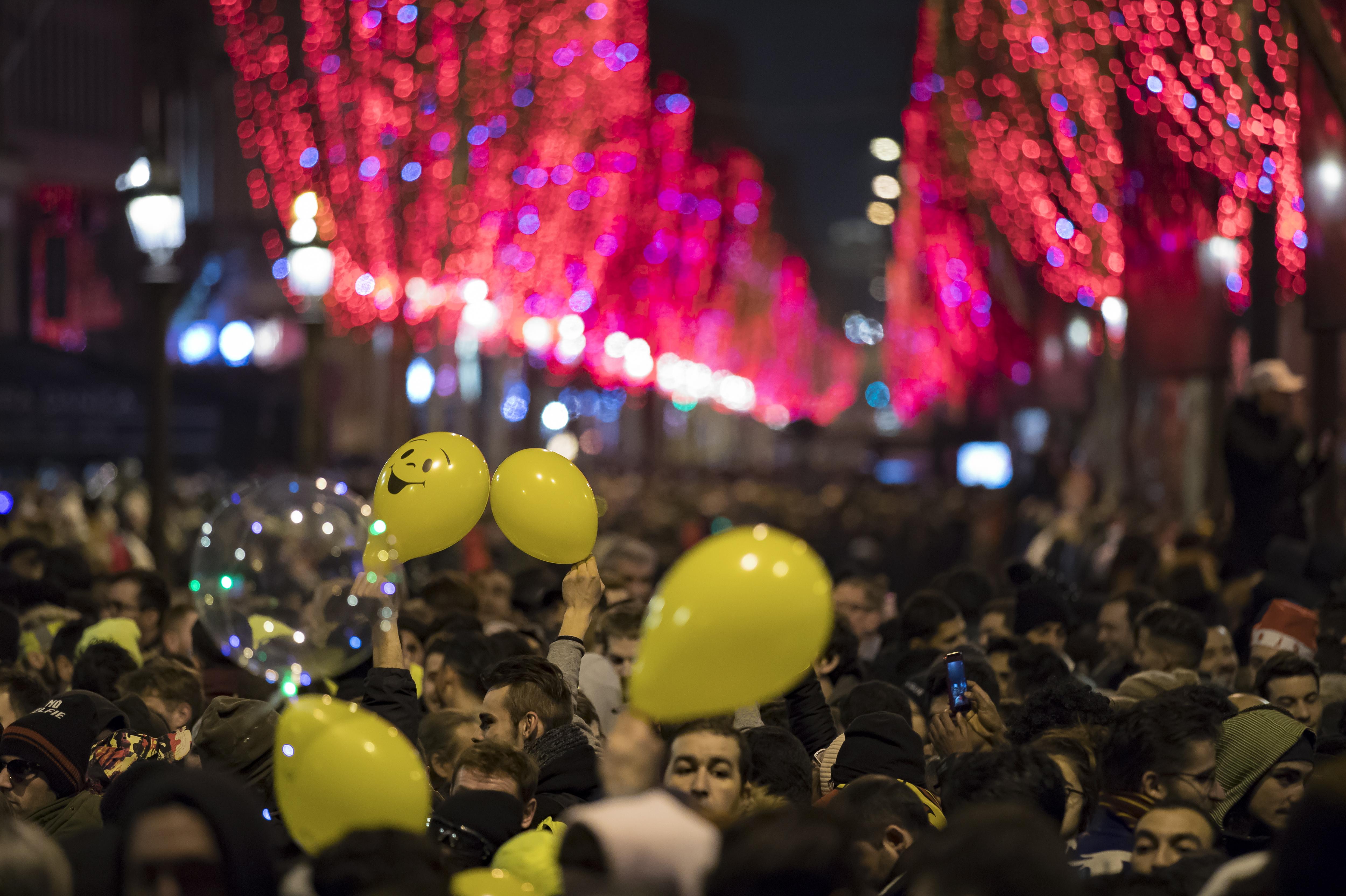 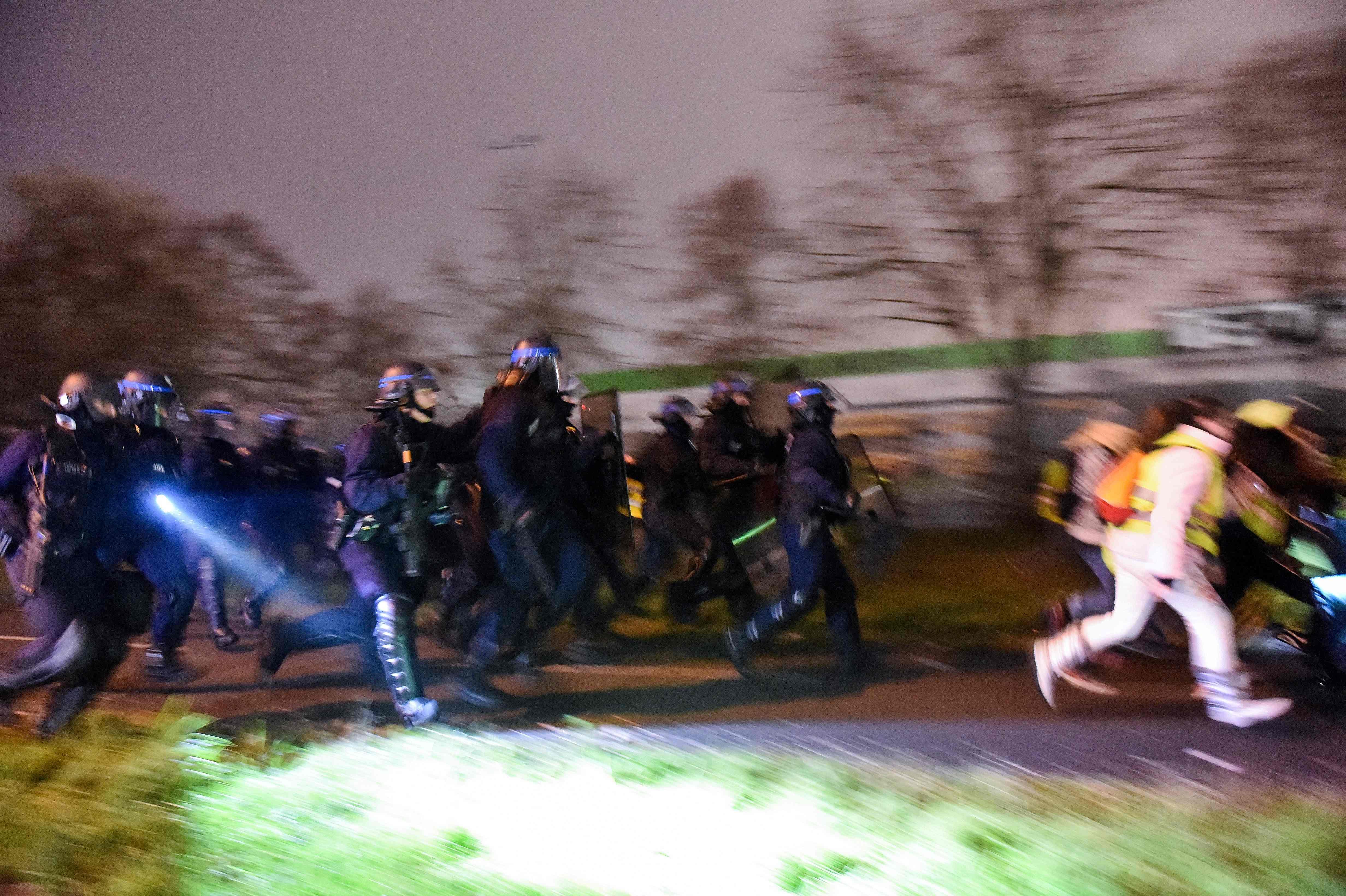 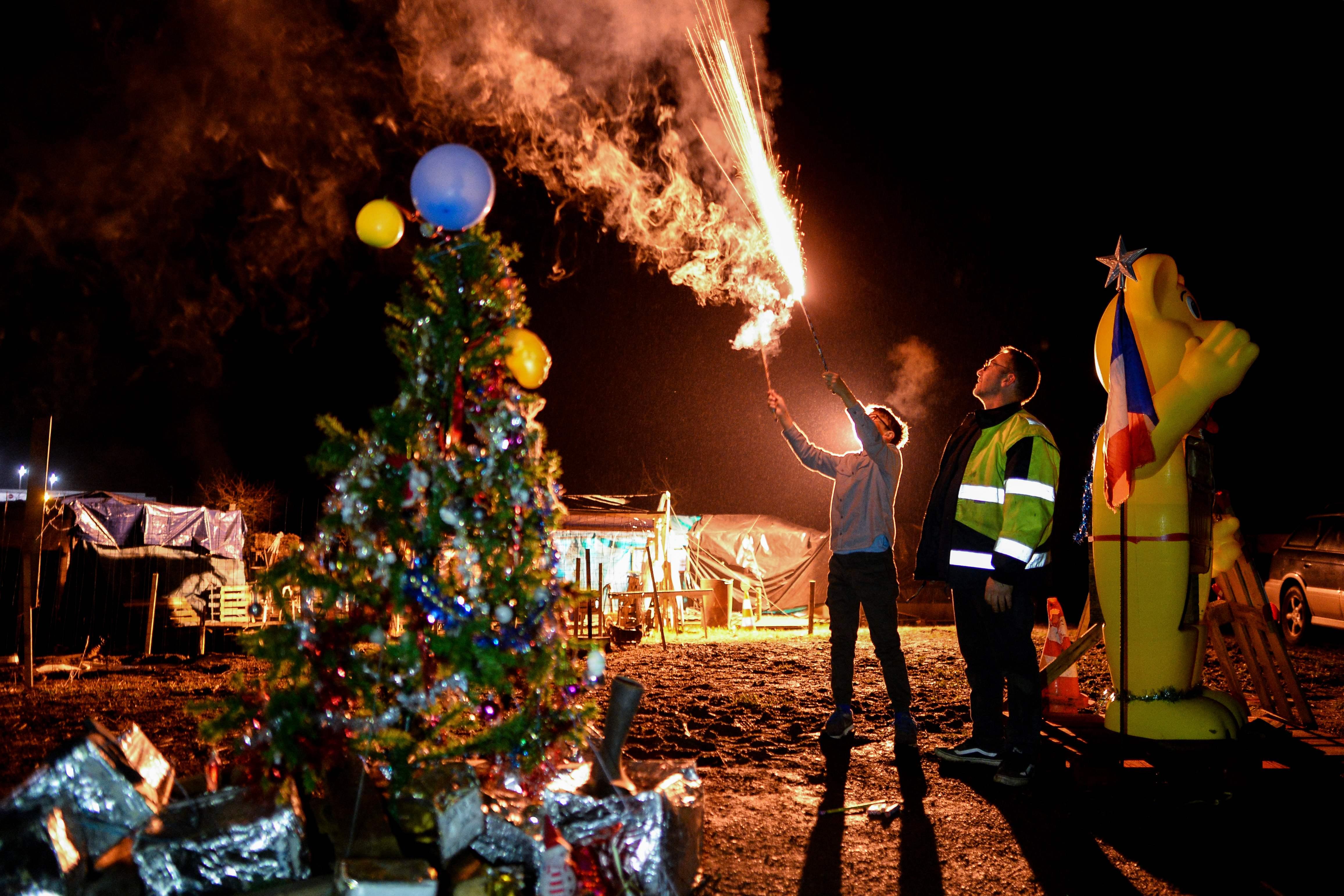 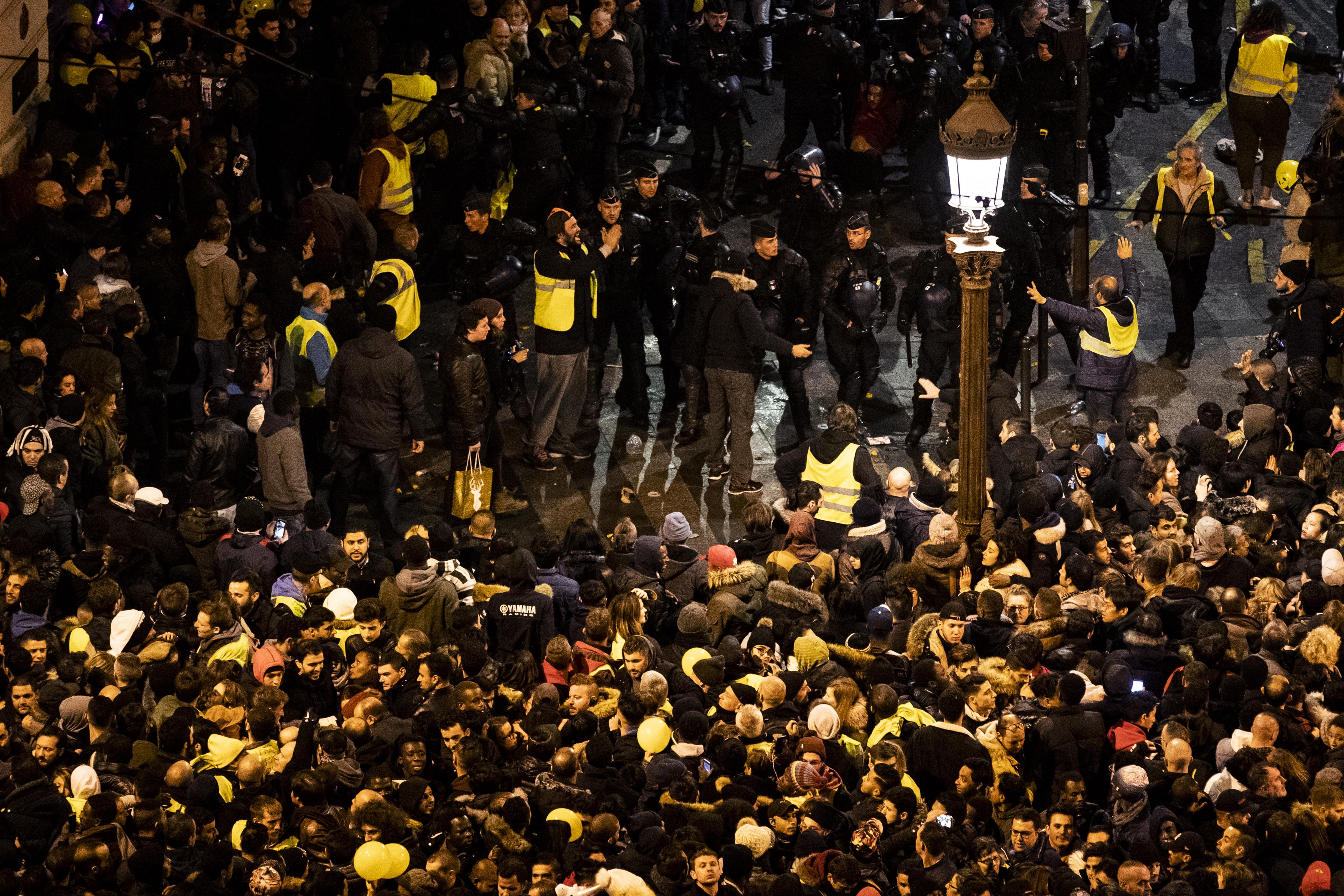 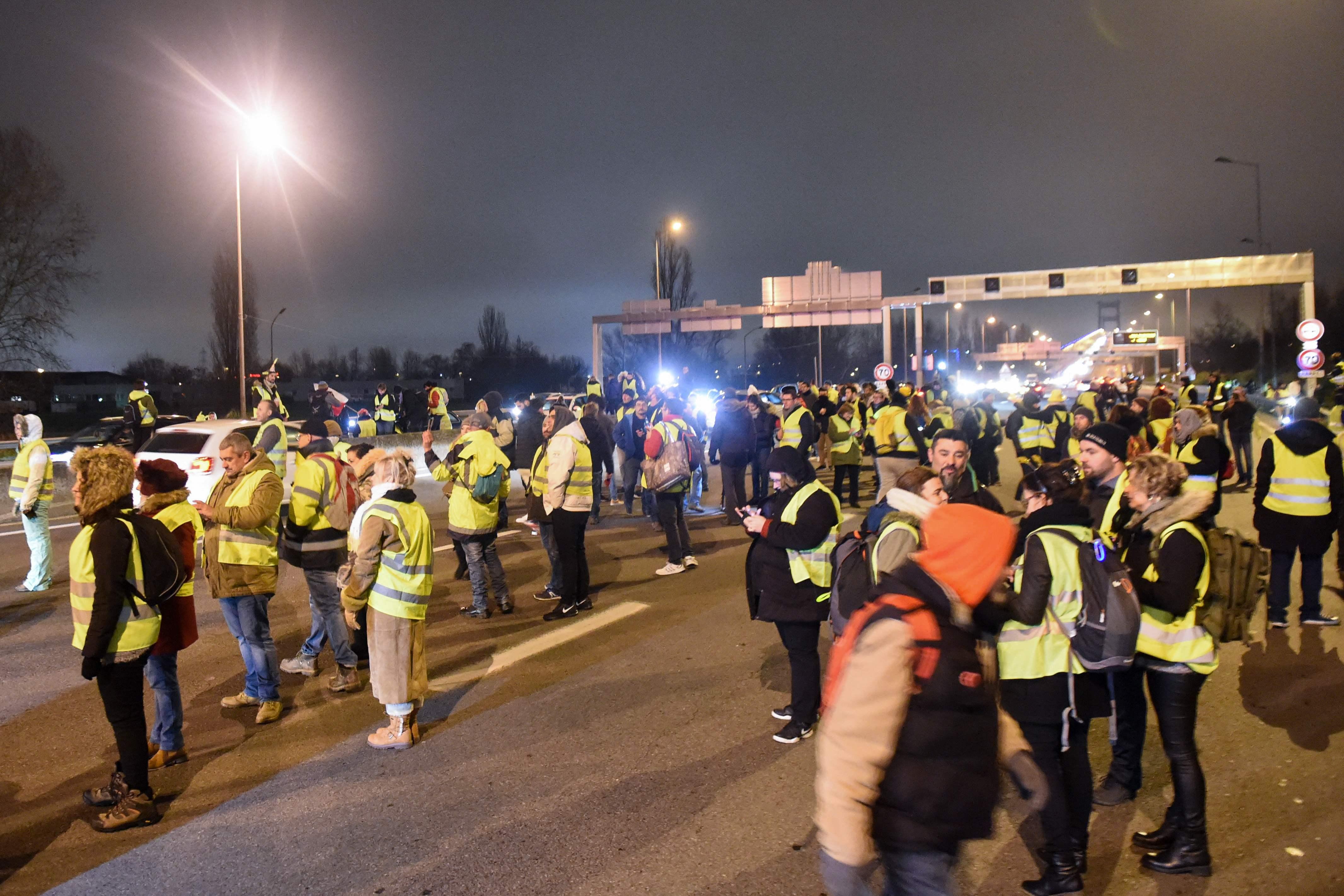 France has deployed more than 147,000 members of security forces nationwide, including 12,000 in Paris.

Previous New Year's Eves in France have seen burned cars and other disorder. 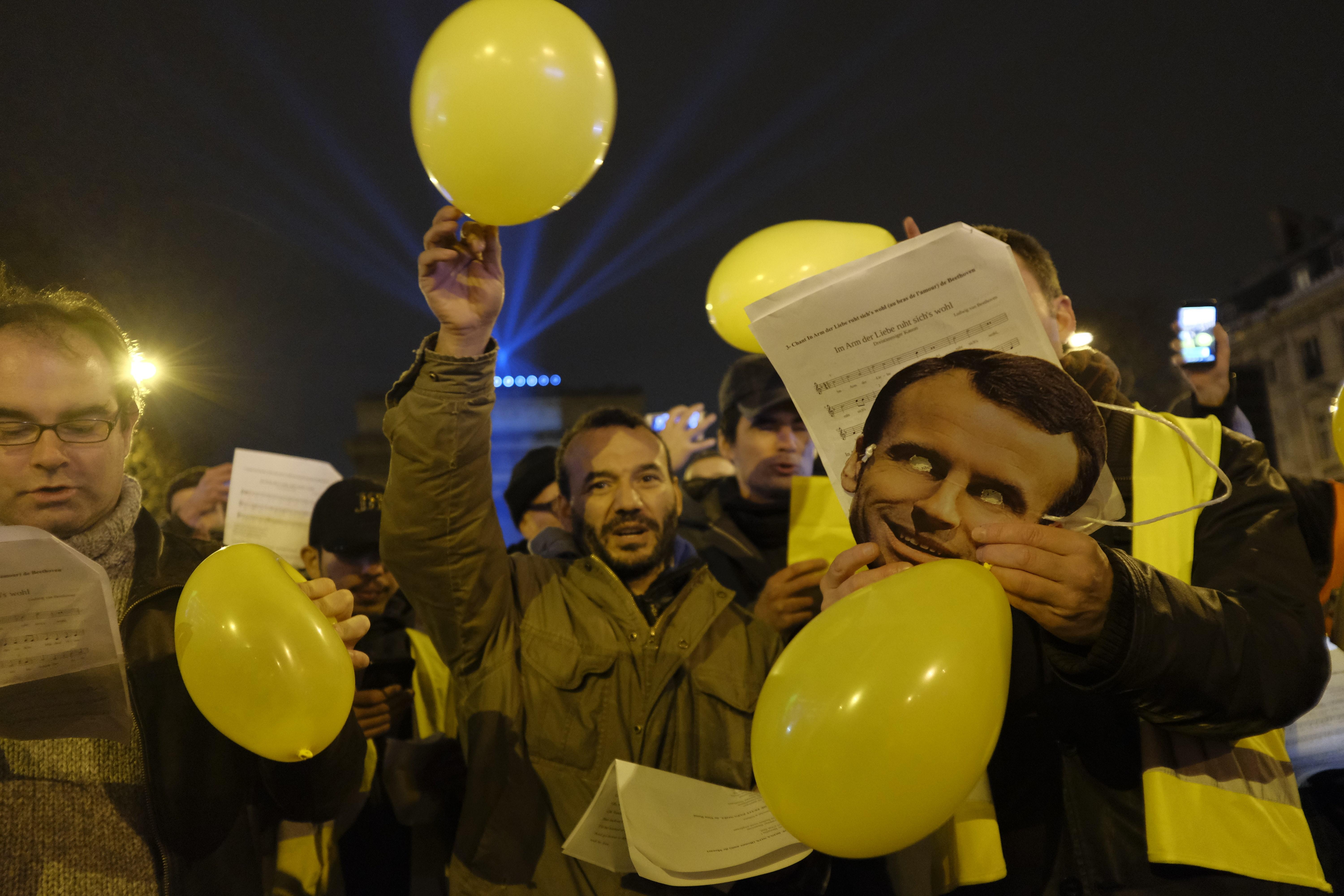 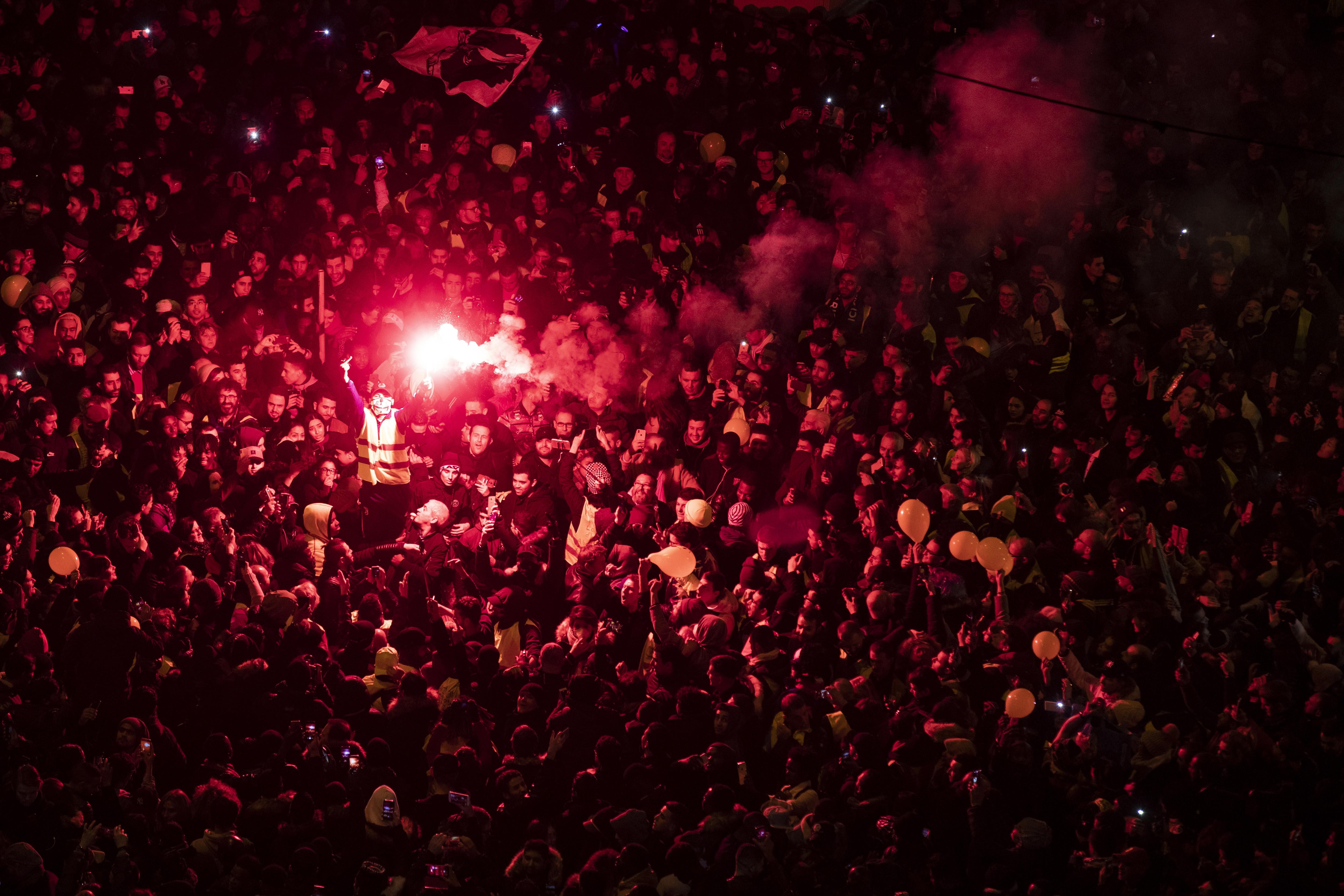 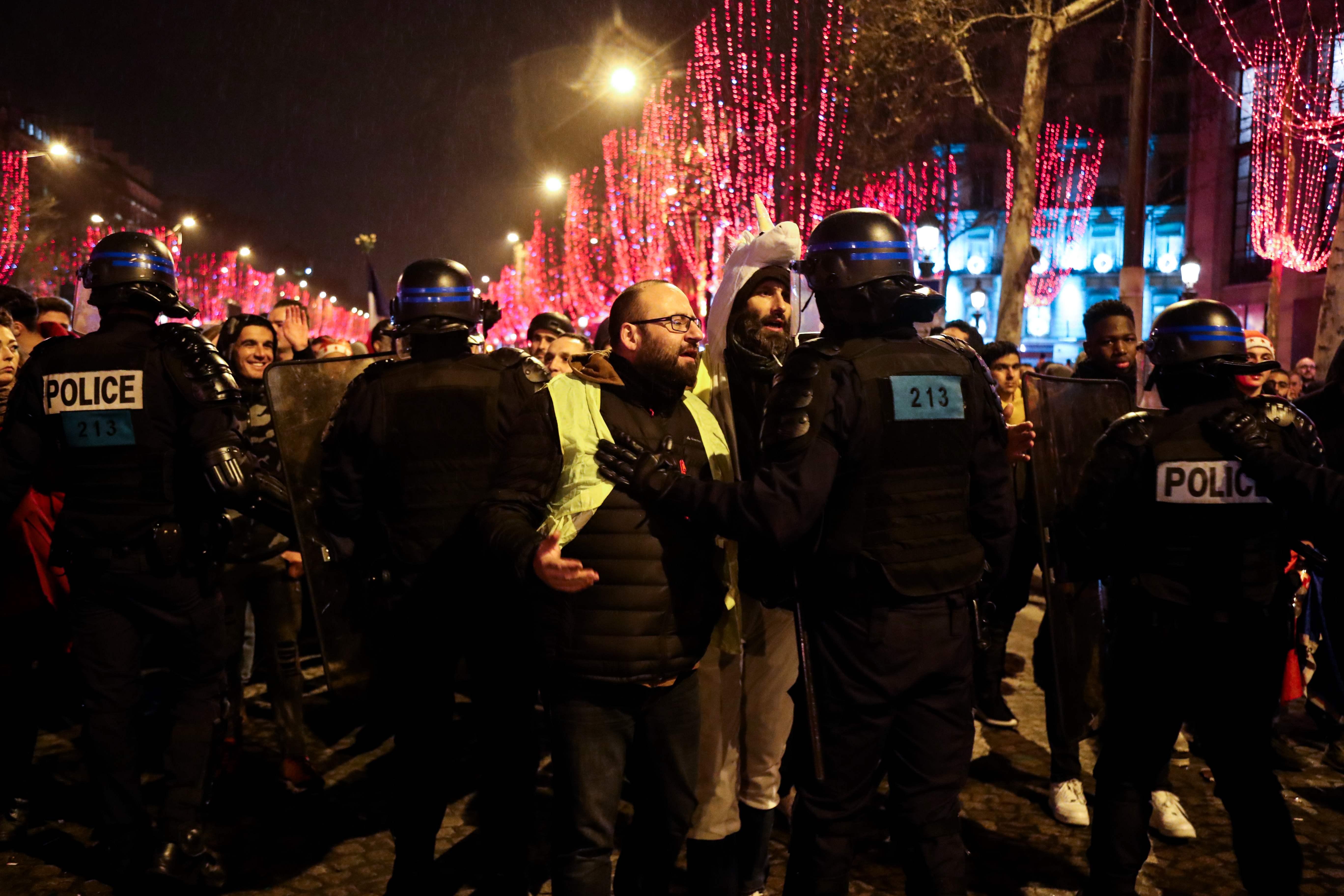