The inquest into the death of teenager Gaia Pope will last up to four months it was revealed today – as her family issued a fresh demand for ‘justice and accountability’.

The tragic teenager’s disappearance in November 2017 sparked a massive search operation around the Dorset coast.

The 19-year-old’s body was found 11 days later in undergrowth in Purbeck, Dorset.

After three arrests – all of whom were later released – pathologist revealed Gaia had died of hypothermia.

Four years on from her death a full inquest had not yet been heard. It was initially delayed at the family’s request after claims of ‘missing evidence’.

And earlier this year the inquest, which is expected to have as many as 150 witnesses, was postponed due to Covid.

But at pre-hearing review, the family were today told that the inquest is now likely to go ahead in April 2022.

It was also revealed at today’s hearing that the full inquest could take up to four months.

Speaking after the hearing, Gaia’s mother, Natasha Pope, said: ‘This long-drawn-out process is difficult for us to bear but we are confident that progress is being made. 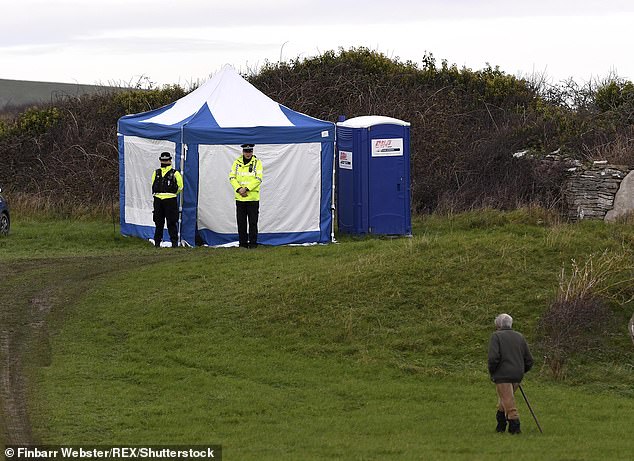 The 19-year-old’s body was found 11 days later in undergrowth near Purbeck, in Dorset. Pictured: Police at the scene in 2017

‘We want to make sure our tragic loss leads to positive change for others in our community.

‘To this end Gaia has already become a formidable force. Only a glimmer of light is required to break through the darkness.’

Cousin Marienna Pope-Weidemann also today claimed that Gaia was ‘denied justice from the police and support from the NHS’.

Speaking outside the inquest, she said: ‘What connects these things is a culture, one that says if the effects of ill health or abuse make it harder for us to stand up for ourselves then our rights don’t matter. 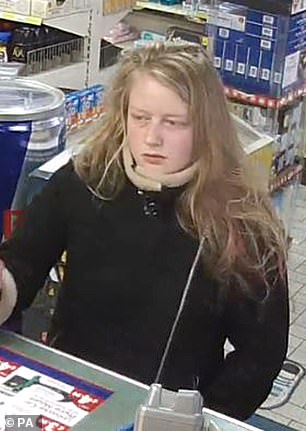 The tragic teenager’s disappearance in November 2017 (pictured: CCTV captured the last image of Gaia before her disappearance) sparked a massive search operation around the Dorset coast.

‘Even if you die, no one will be held accountable. There are far too many bereaved families in this country who know this to be true. We want justice for all of them.’

Hundreds of volunteers, coastguards and over 100 members of Dorset police were involved in the search of the Dorset coastline for Gaia when she went missing on November 7, 2017.

She was found dead 11 days later, with police discovering her body in undergrowth between Dancing Ledge and Anvil Point in Purbeck, Dorset.

Three people – two men aged 19 and 49 and a 71-year-old woman – were arrested but later cleared of any involvement in the teenager’s death.

At an inquest in February 2018, a pathologist said her death was as a result of hypothermia.

But her full inquest has not been heard.  It was previously delayed until May this year at her family’s request due to ‘significant gaps in the evidence’.

In January this year Senior Dorset Coroner Rachael Griffin pushed back the inquest until April 2022 due to Covid.

A preview inquest review is currently underway. Part of the review took place at Bournemouth Town Hall today and was attended by members of her family.

Also in attendance were their family barrister Caoifhionn Gallagher and lawyers representing other parties who were involved in Gaia’s case.

They were Jessica Element for the Independent Office for Police Conduct, Sarah Simcock for the NPAS helicopter service, Robyn Reed, for Dorset Healthcare Trust, Beatrice Collier, for Dorset Police and Sunyana Sharma for the Maritime and Coastguard Agency.

At the time Gaia disappeared she had been feeling anxious about the impending release from prison of a man she had claimed had sexually assaulted her. 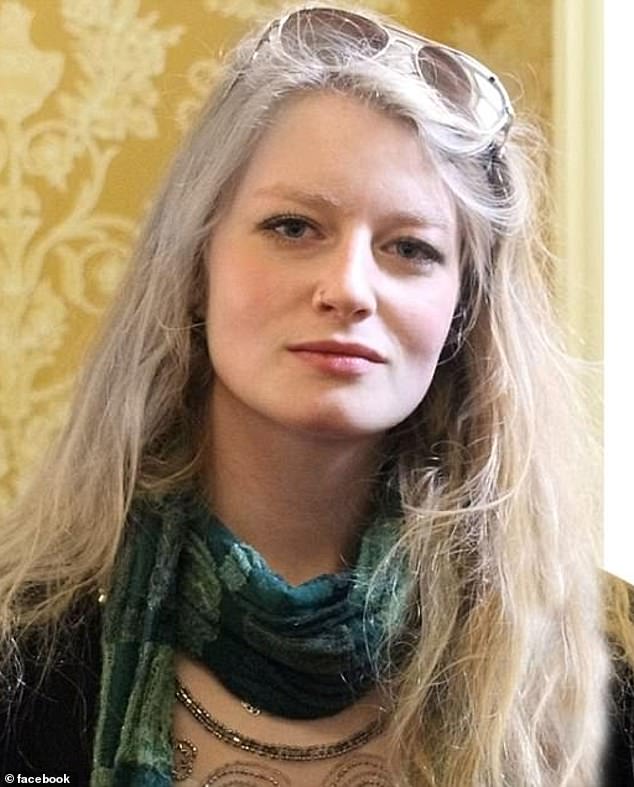 At the time Gaia disappeared she had been feeling anxious about the impending release from prison of a man she had claimed had sexually assaulted her.

Although she reported the alleged attack to the police, nothing came of it.

But the full inquest will deal with events from November 7, 2017 – the day she went missing – up to November 18.

Her family believe Gaia’s twin sister, Maya, should be called to give evidence because of her ‘close’ and ‘far greater knowledge of Gaia’s physical and mental health’ at the time she disappeared.

Dorset coroner Rachael Griffin said it will be a jury inquest which will not take place until at least April 25, 2022 with a provisional end date set for July 29, 2022.

Before her death, Miss Pope suffered from PTSD and epilepsy, the hearing heard.

She had been allocated a council social worker shortly before her death after going to STARS, the Sexual Trauma and Recovery Service – formerly the Dorset Rape Crisis centre – because she claimed she had been raped.

She attended meetings in 2016 – the same time she was being interviewed by the police about the incident.

The family requested that Ms Griffin access the notes from Gaia’s sessions with her social worker as they believe it to be ‘relevant’ and she had not signed a confidentiality waiver.

Ms Griffin will read the notes and they will be used as part of the inquest if she deems them relevant.

They also enquired into any evidence from the search for Gaia’s body from police records or recordings of telephone conversations and texts between officers and members of the public.

Ms Gallagher, representing the family, described it as a ‘matter of serious concern’.

Ms Collier, for Dorset Police, will be providing the inquest with a statement about the process by June 4. 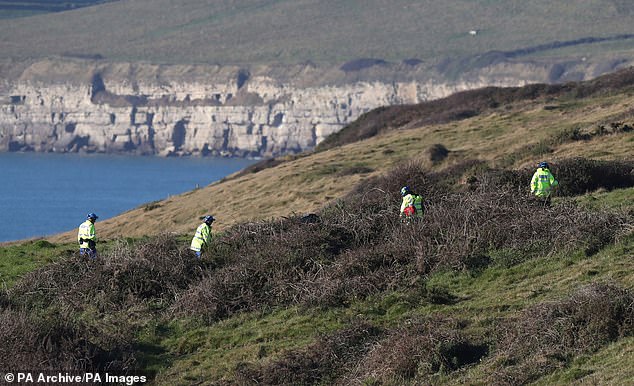 Gaia’s family enquired into any evidence from the search for Gaia’s body from police records or recordings of telephone conversations and texts between officers and members of the public. Pictured: A large search took place to find Gaia after she went missing 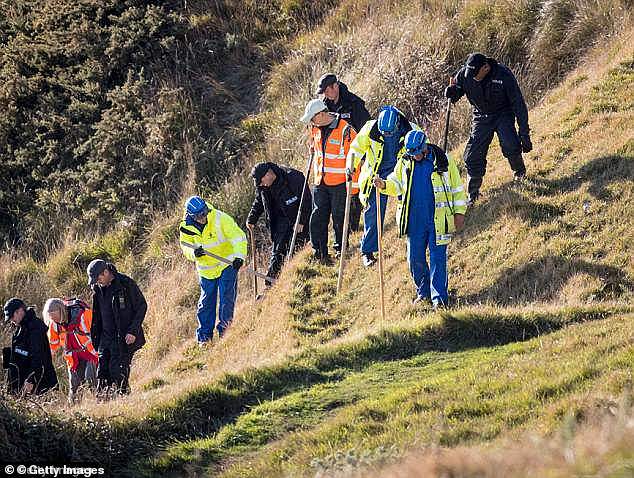 A huge search and rescue operation was launched to find Gaia, who was missing for 11 days before her body was found

Ms Griffin wanted to understand the processes behind epilepsy referrals at Southampton General Hospital, where Gaia was treated.

The coroner also requested two expert witnesses, a neurologist who specialises in epilepsy and a psychologist who deals with patients suffering from PTSD.

There will be at least three more pre-inquest reviews, the first on September 10 which will deal with witnesses and the next on December 15.

A further pre-inquest review will take place on February 3, 2022 before the final inquest begins.

Ms Griffin told the court that instead of dealing with events chronologically, she will work in sections.

The Independent Office for Police Complaints (IOPC) is also carrying out an investigation into the police’s missing persons review.