A gang of illegal immigrants have been caught trying to flee the United Kingdom over fears about how they will be treated after Brexit.

The 33 runaways were found on Monday hiding in a lorry in Calais, France by shocked border force guards after clambering aboard at Dover.

But despite their efforts to escape the country, 31 of the group – 27 men and four women – are now back in the UK and being held in immigration centres.

Under a reciprocal agreement, France is able to return asylum seekers who are facing criminal charges in the UK or who have already applied for asylum here. 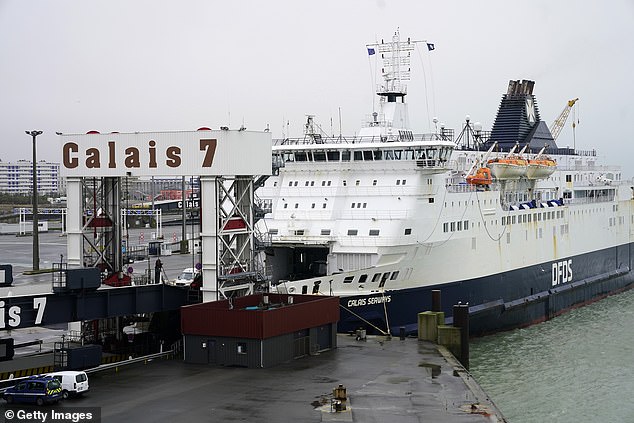 The 33 runaways were found on Monday hiding in a lorry in Calais, France (file image) by shocked border force guards after clambering aboard at Dover 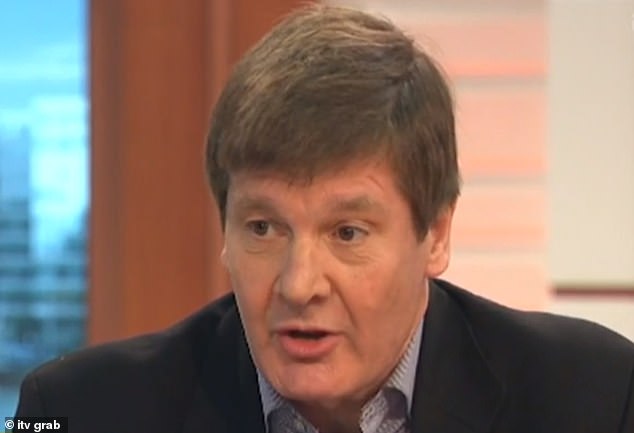 Chris Hobbs, a former special branch officer in border control with the Metropolitan Police, said the incident was ‘highly unusual’

Their attempt was described as ‘very rare’ by police and charity workers.

Ordinarily, illegal immigrants are caught trying to get into the UK – and on Friday last week a record 102 migrants attempted to cross the English Channel.

But in this ‘highly unusual’ move, these illegal immigrants were desperate to leave the UK as ‘they were worried their rights would be curtailed’ after Brexit.

A source told the Sunday People: ‘They were found in a lorry and told security that they were leaving because they feared how they would be treated post-Brexit.’

The group had sneaked on to a container truck which then boarded a Danish-owned DFDS ferry from Dover. They were caught after the lorry was stopped at a checkpoint in Calais after leaving the boat.

Chris Hobbs, a former special branch officer in border control with the Metropolitan Police, said: ‘This is highly unusual.

‘It could be that they think the asylum regime is going to be harsher once we leave the EU.’ The group had sneaked on to a container truck which then boarded a Danish-owned DFDS ferry from Dover (pictured, file image)

But despite this group’s attempts to leave the UK, British border force officers are battling to keep borders secure amid increased attempts to get into the country.

Five inflatable boats carrying individuals claiming to be from Iran, Iraq, Afghanistan, Pakistan and Syria were picked up by Border Force on Friday.

Nine of the migrants managed to get to a beach in Kent where they were detained by police.

The 102 migrants – who included seven children – are believed to be a new record for a single day.

The crossings come after 90 people were picked up on Thursday and as the UK braces for winds of up to 80mph and heavy rain when Storm Ciara hits this weekend. 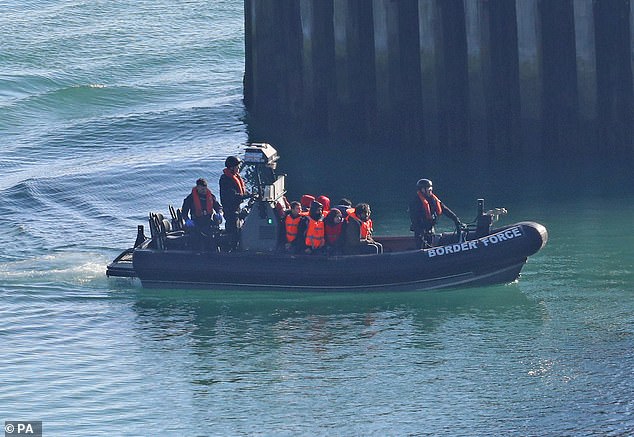 A Border Force boat returns to Dover, Kent, carrying people thought to be migrants on Friday 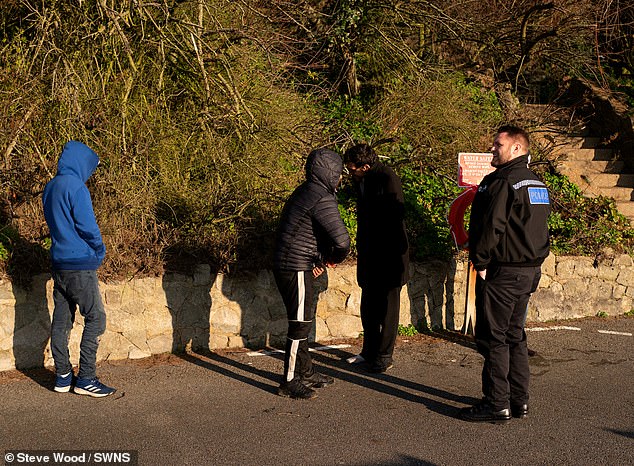 A ‘boatload’ of suspected migrants were arrested by police after landing on Mermaid Beach in Folkestone, Kent  on Friday. A spokesperson for Kent Police told MailOnline the group had been handed over to the Home Office

Across the Channel, French authorities also detained ‘around 30 people’.

The English Channel is the world’s busiest shipping lane, with 500 to 600 ships passing through the narrow strait every day.

Hundreds have already crossed this year, despite Home Secretary Priti Patel promising a clampdown on crossings just months ago.

Millions of pounds have been pumped into security measures to stop migrants getting into Britain, including drones and coastline patrols.

At least 180 migrants tried to cross from the continent to Britain between January 20 and January 26, according to figures from UK and French authorities, despite repeated official warnings about the dangers of making the trip in small boats.