A GARAGE owner was instantly blinded when a piece of metal flew into his eye while at work.

Lee Rodger was walking past one of his colleagues, who was working on a car, when a 3.5mm fragment of metal from a chisel struck his right eye. 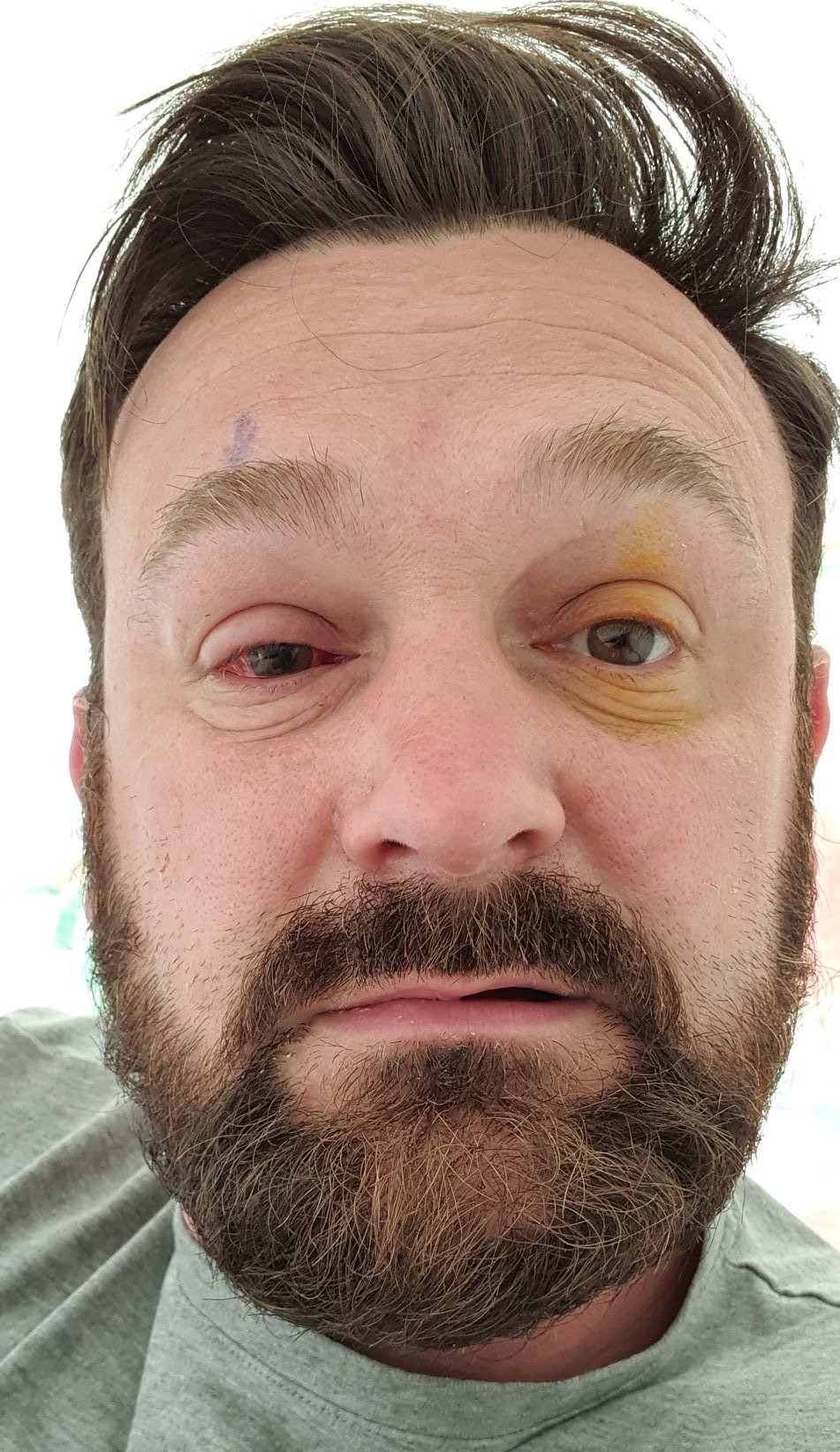 Lee, who lives in Immingham, was told by doctors the split-second injury in March 2020 could mean his vision would be lost forever.

Two crucial parts of his eye had detached in the accident – the retina, a thin layer of tissue that lines the back inside of the eye and receives light, and the cornea, the film that covers the pupil.

After going to A&E Lee had been taken to Sheffield’s Hallamshire Hospital Eye Unit where he underwent a three-hour operation to remove the metal from his eye.

Mr Siddharth Subramani, a surgeon and consultant ophthalmologist, attempted to reattach his damaged retina and cornea to his eyeball.

But despite the emergency surgery, Lee was given the devastating news that the odds of saving his eye and restoring his vision were still slim.

At 46-years-old, the thought of losing sight in one of his eyes was heartbreaking.

Lee said: “It was really devastating.

“There was the initial trauma and then apprehension about living with this life-changing injury.

“I play golf, fish, race cars and it was just ticking round in my brain that I wouldn’t be able to do these things again.” 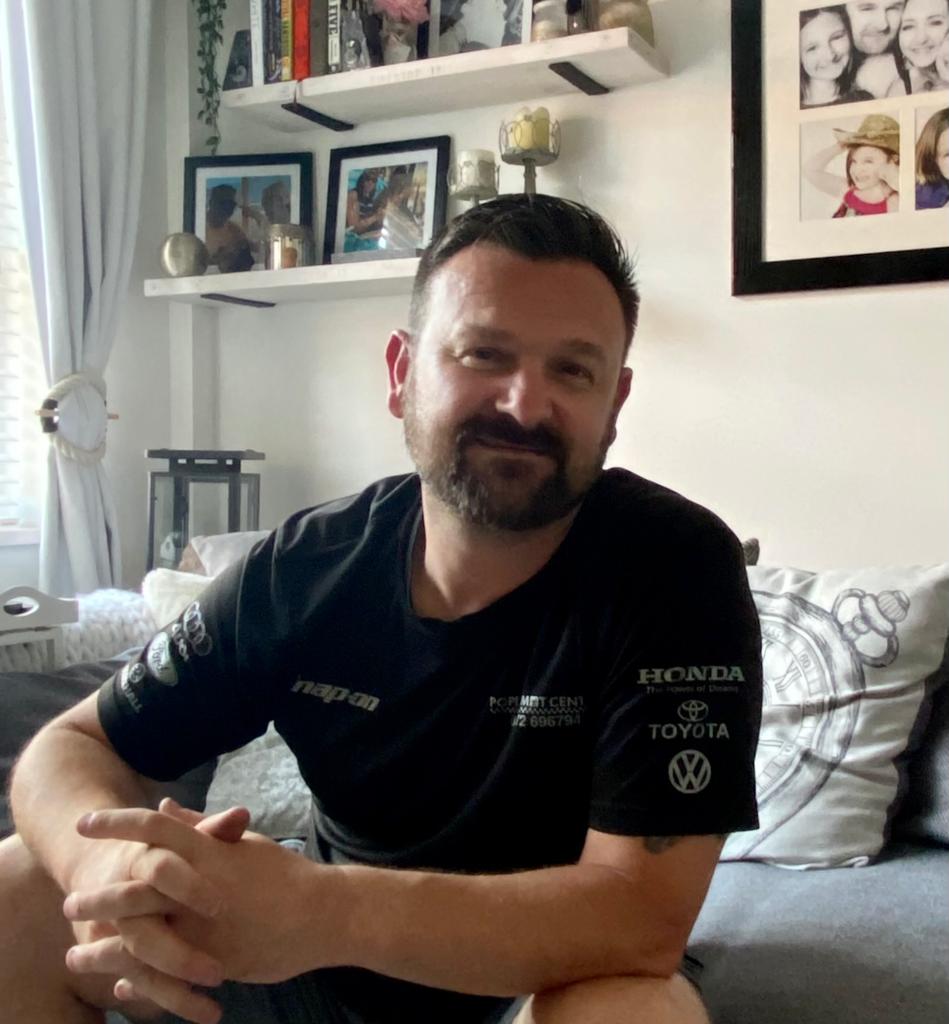 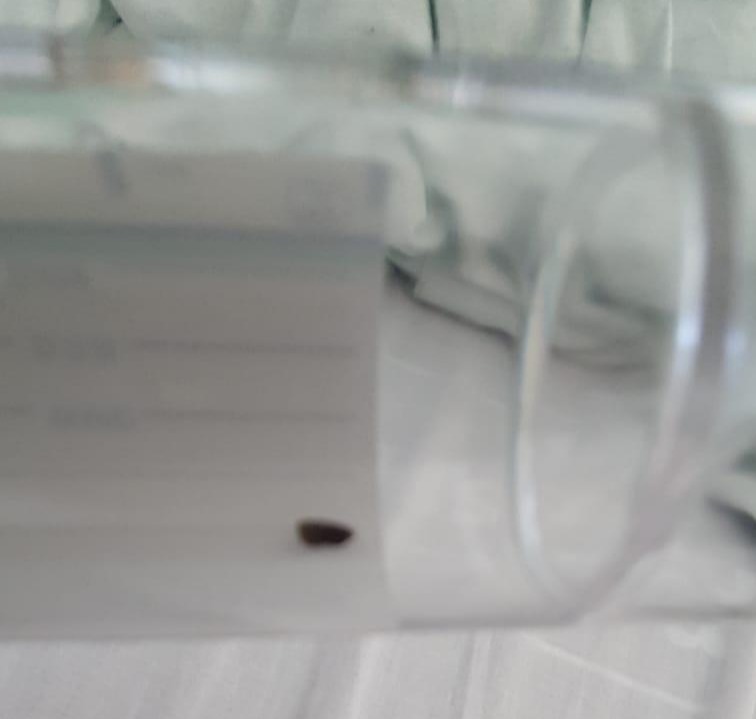 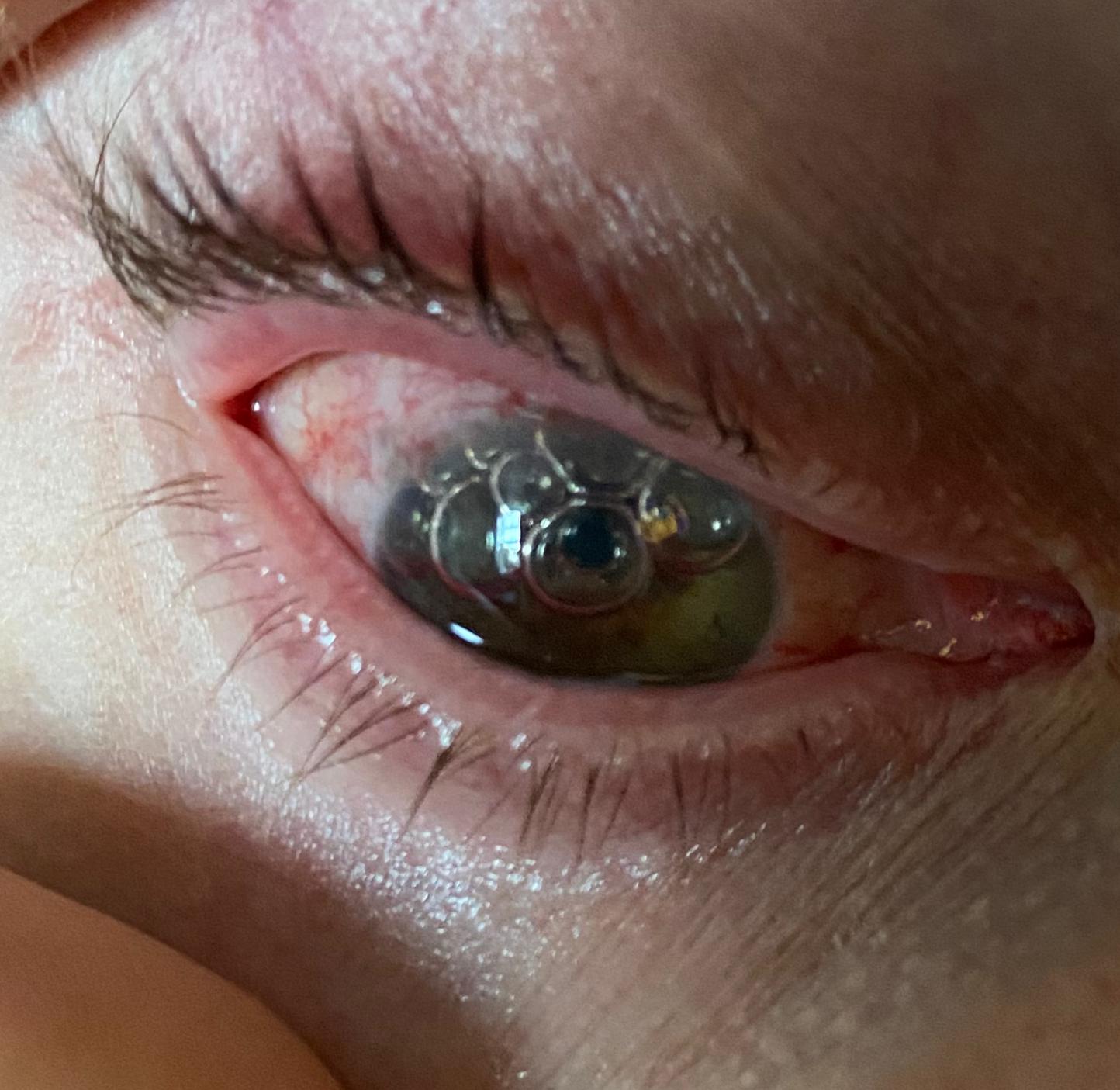 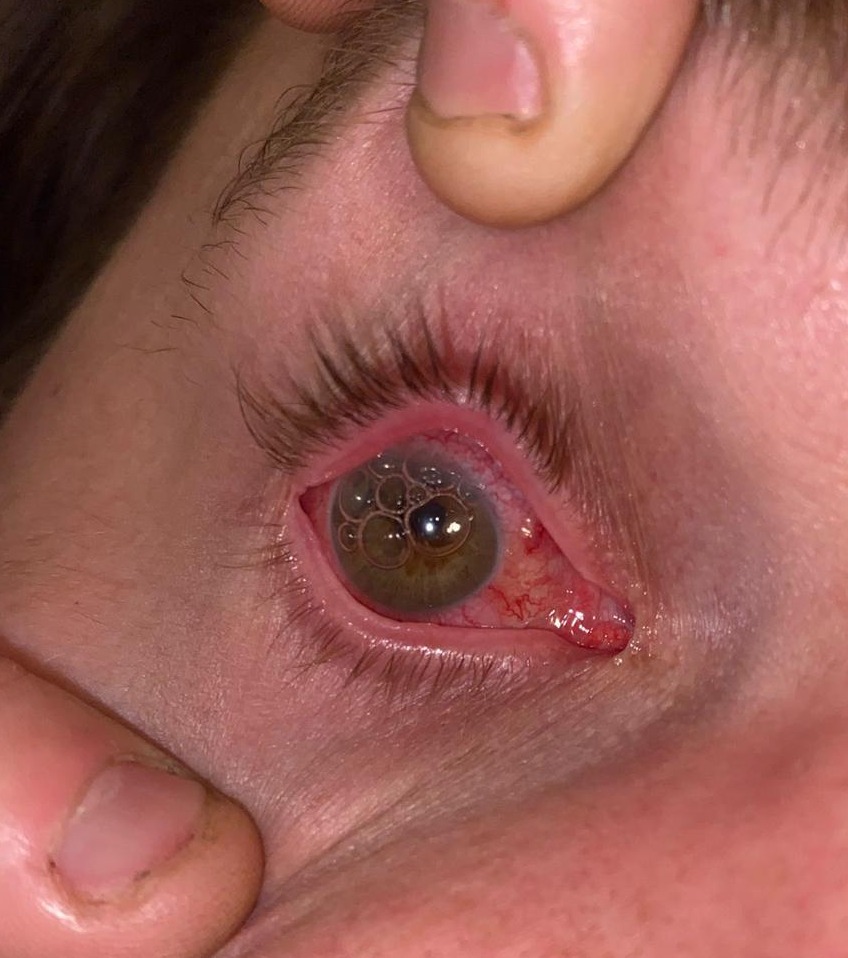 Having lost the use of one eye, Lee’s peripheral vision had completely gone.

Peripheral vision gives people a wide-angle field of vision. So suddenly without it, Lee found it difficult to adjust while doing everyday activities.

He said: “I had no perception of depth curves. I had to relearn even simple things like walking down steps.

“Ultimately I was scared and a little part of me was angry too.

“That piece of metal could have hit me anywhere, my cheek, my nose, but it hit my eye instead.”

For a week, Lee spent most of his time looking down towards the floor to encourage the retina to attach to his eye.

He also set alarms to remind him to take eye drops and antibiotics.

Another two major eye operations were performed on his eye by a specialist team at Sheffield Teaching Hospitals.

Miraculously after a third operation, Lee regained 80 per cent of his vision.

He is now among the two to three per cent of people in the country who have successfully had their sight restored following a penetrating eye injury. 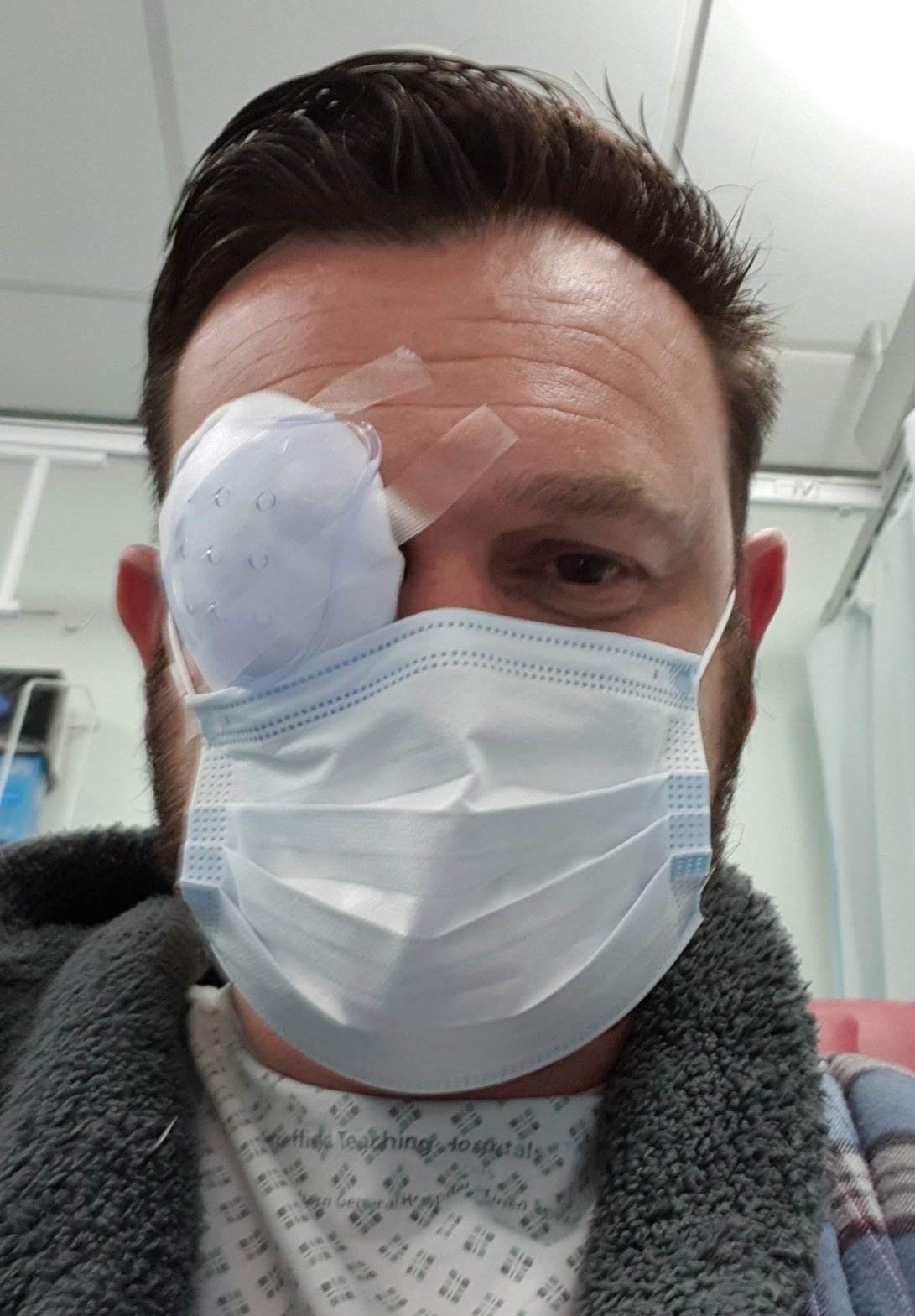 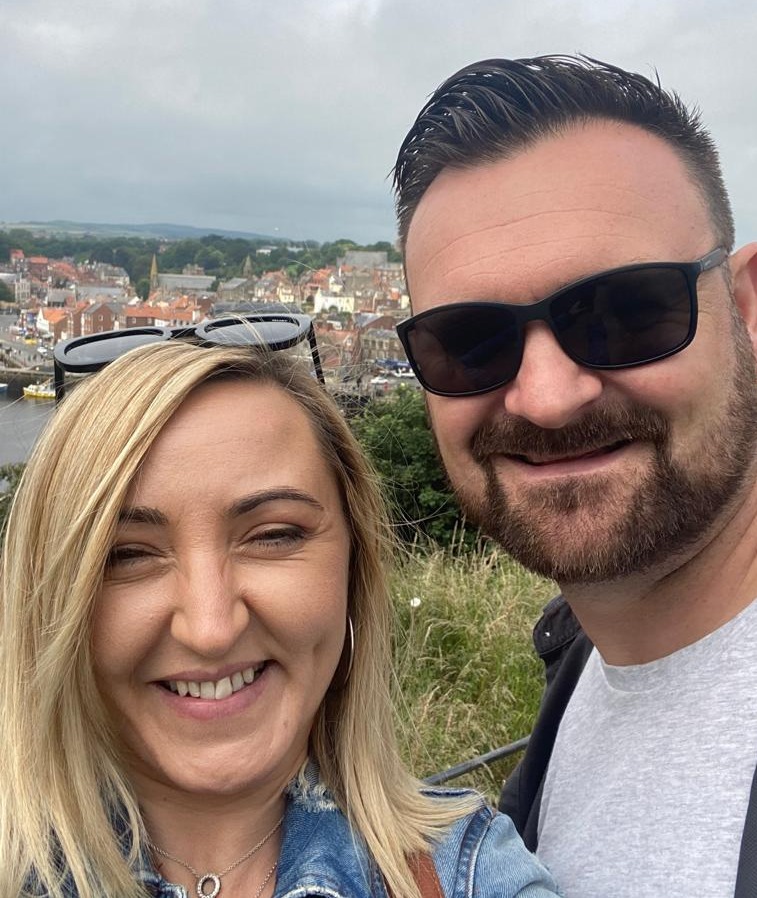 “From the minute I arrived in Sheffield everything changed,” added Lee.

“When I started regaining my sight, I could literally see how unbelievably steady my surgeon’s hand was.”

Miss Zanna Currie, Consultant Ophthalmologist and Clinical Director for Ophthalmology at Sheffield Teaching Hospitals NHS Foundation Trust, said Lee was “one of a handful” of people who had recovered his vision after this type of injury.

She said: “Penetrating eye injuries caused by sharp objects cause a significant risk of loss of vision, with deep penetrations such as those experienced by Lee often leading to complete vision loss and blindness.

“Retinal detachment surgery is a difficult and demanding procedure where a gas bubble or silicone oil is used to support the retina whilst healing takes place.

“We are delighted that Lee now has 80 per cent of his vision restored.

“He has been a fantastic patient, following all the instructions we gave him to help his eye heal.”

Inspired by his surgeon, who himself is a pilot, Lee is now planning to take his first ever flying lessons.

“I have dark brown eyes, and you couldn’t tell what happened to me by looking at me now, my eyes aren’t bloodshot or yellow,” Lee added.

The offending item is now hung up on the wall in the reception in his garage so customers can see it, Lee said.