Friends and family of Gary Rhodes gathered in London yesterday to say a final farewell to the legendary TV chef.

More than 350 mourners turned out to eat the cook’s best-loved dishes and dance to his favourite songs.

Gary, who died from a bleed on the brain aged 59 in Dubai last month, was cremated at Kensal Rise in his favourite clothes at a private service.

Later his widow Jennie and sons Sam and George organised a reception at the Grosvenor House Hotel with his favourite recipes on the menu and his favourite music for entertainment. 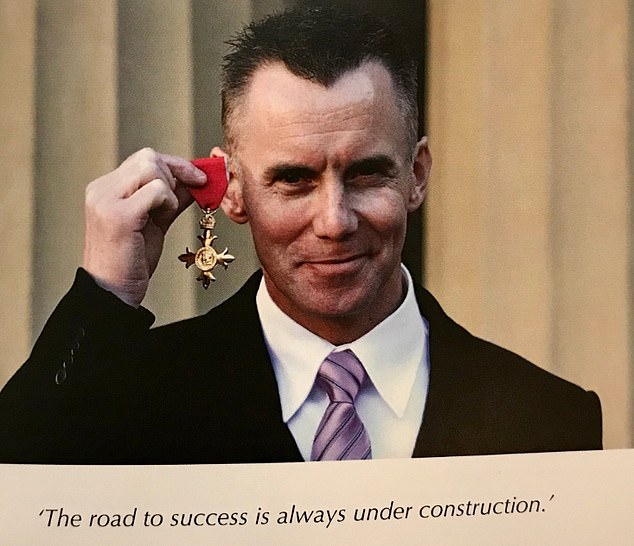 Gary Rhodes’ friend, former tennis player Andrew Castle posted this photo alongside the caption: ‘He would have been so proud of his 2 sons today and his wife and soulmate Jennie’ 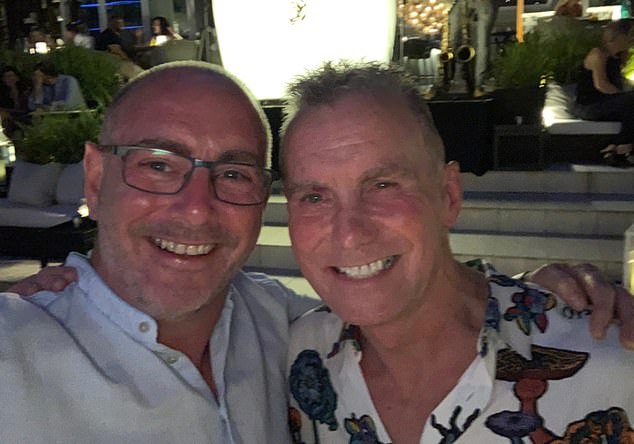 Gary’s brother Chris Rhodes tweeted this photo of them together with the poignant words: ‘It wasn’t goodbye to you today bro it was just au revoir. Give a massive hug to Mum and John for me. I will love you always.’ 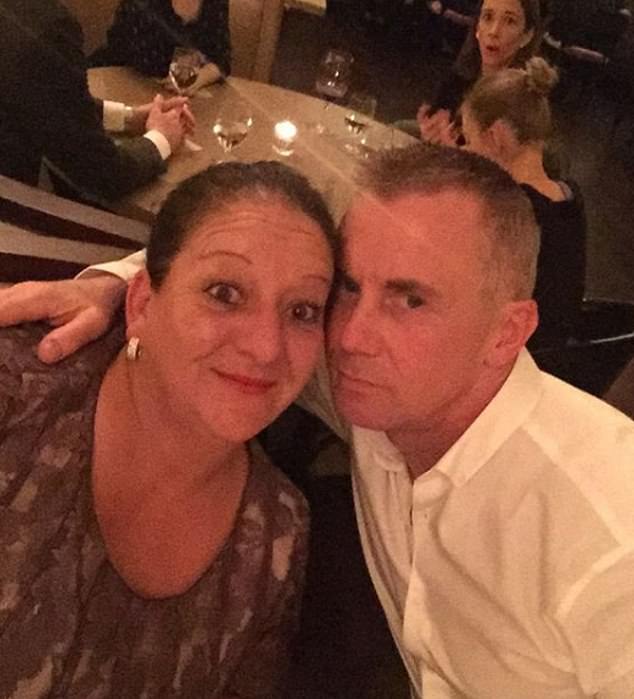 Gary’s favourite songs, played by a DJ in the luxury hotel’s ballroom, were revealed to include ‘Love Me Tender’ by Elvis Presley, ‘I Believe I can fly’ by R Kelly and ‘Baggy Trousers’ by Madness. 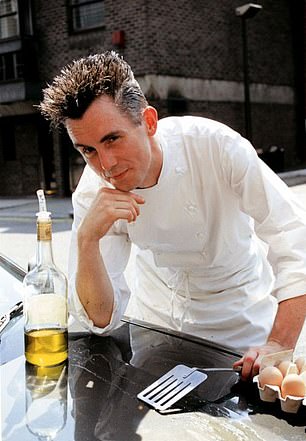 The cook’s brother Chris Rhodes tweeted a moving tribute alongside a photo of the two brothers together, saying: ‘It wasn’t goodbye to you today bro it was just au revoir. Give a massive hug to Mum and John for me. I will love you always.’

Friend Jaideep Bhatia, in attendance, told MailOnline: ‘It was a very moving service and his wife, sons and daughter-in-law, Meghan, paid tribute.

‘Gary’s sons Sam and George and his wife Meghan Expressed their immense love, adoration and respect for an extraordinary man who was a husband, father and father-in-law.

‘They said Gary would be irreplaceable in their lives and of many others.

‘At the Grosvenor House tribute his decision to move to Dubai in 2007 and later up his family to move there was remembered with great affection.

‘Gary wasn’t one of those chefs who put his name above a restaurant door in Dubai and then went off elsewhere. 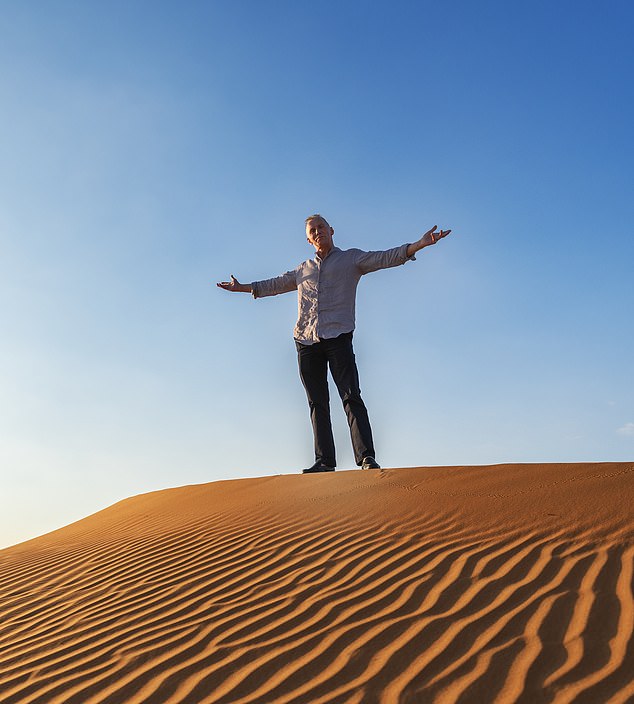 This is the last known picture of Gary, 59, taken in a sand dune as he worked alongside a film crew making a new ITV series ‘Delicious Dubai’ which is set be screened in the New Year

‘He became a legend in the UAE and was regarded as the chef of chefs.’

Mr Bhatia, who was a close friend and head of PR at Dubai’s Grosvenor Hotel where Gary had his famous W1 Restaurant’ said his family had declared that both his Dubai restaurants would continue and flourish.

‘He has left behind an incredible legacy. Gary will always be missed by everyone in the UAE and in Britain.

‘We still can’t believe that this lovely talented man has gone. But his family have vowed to continue his good work and make sure that his name has never forgotten.’

The father-of-two collapsed suddenly at home in Dubai on November 26 and passed away shortly afterwards in hospital with his family at his bedside.

He had shown no signs of illness and had spent weeks enjoying filming for a new ITV series ‘Delicious Dubai’ which is set be screened in the New Year. 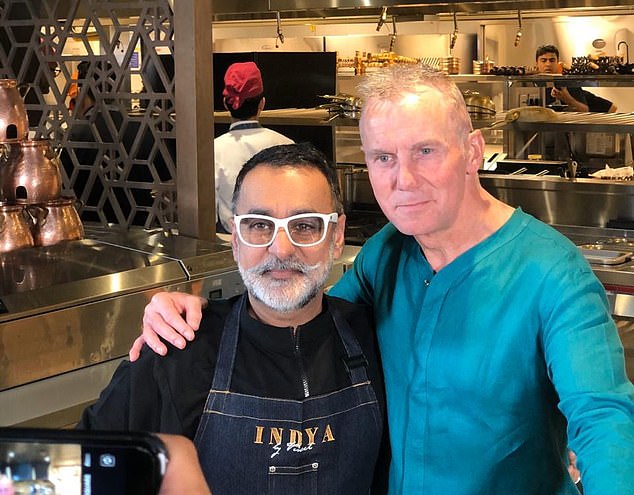 Gary was pictured alongside friend Vineet Bhatia, another Michelin starred chef with a restaurant in Dubai, just four days before he died during shooting for the ITV programme

The Michelin star chef was later confirmed to have died from subdural haematoma, which is a bleed on the brain.

Days before his death he was filming at the Dubai restaurant of British chef Vineet Bhatia and told him: ‘Life couldn’t be better.’

The Camberwell-born chef, who fronted several TV shows including Rhodes Across India, MasterChef, MasterChef USA, Hell’s Kitchen, and Rhodes Around Britain, was one of Britain’s best-loved chefs and I am known for his mastery cooking and his spiky hair.

In 2006 he was made an OBE and two years later appeared on the BBC’s Strictly Come Dancing.