THE NYPD searches for suspects after a George Floyd statue was vandalized in Brooklyn.

The attack comes during Derek Chauvin's scheduling for the murder of the unarmed man last March. 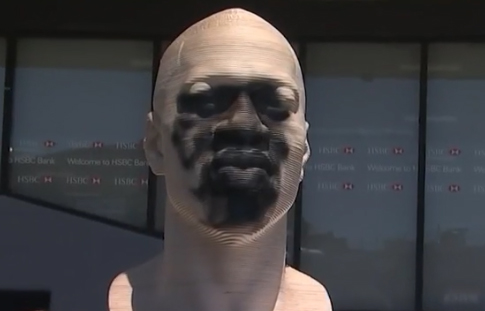 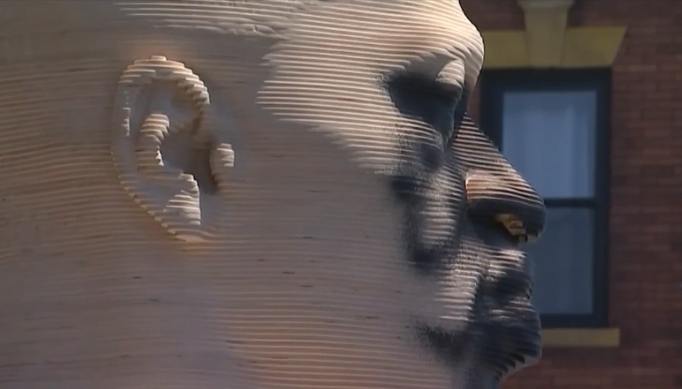 The Floyd statue debuted last weekend in Flatbush as part of their Juneteenth celebrations.

The vandalism was discovered Thursday morning with most of the statue painted black.

The name of a white nationalist hate group was spray painted on the statue's pedestal.

Police released images of four suspects, one of which appeared to be holding a spray paint can in the area.

"This is unacceptable — as a humanity, as a race, as a whole," she said. 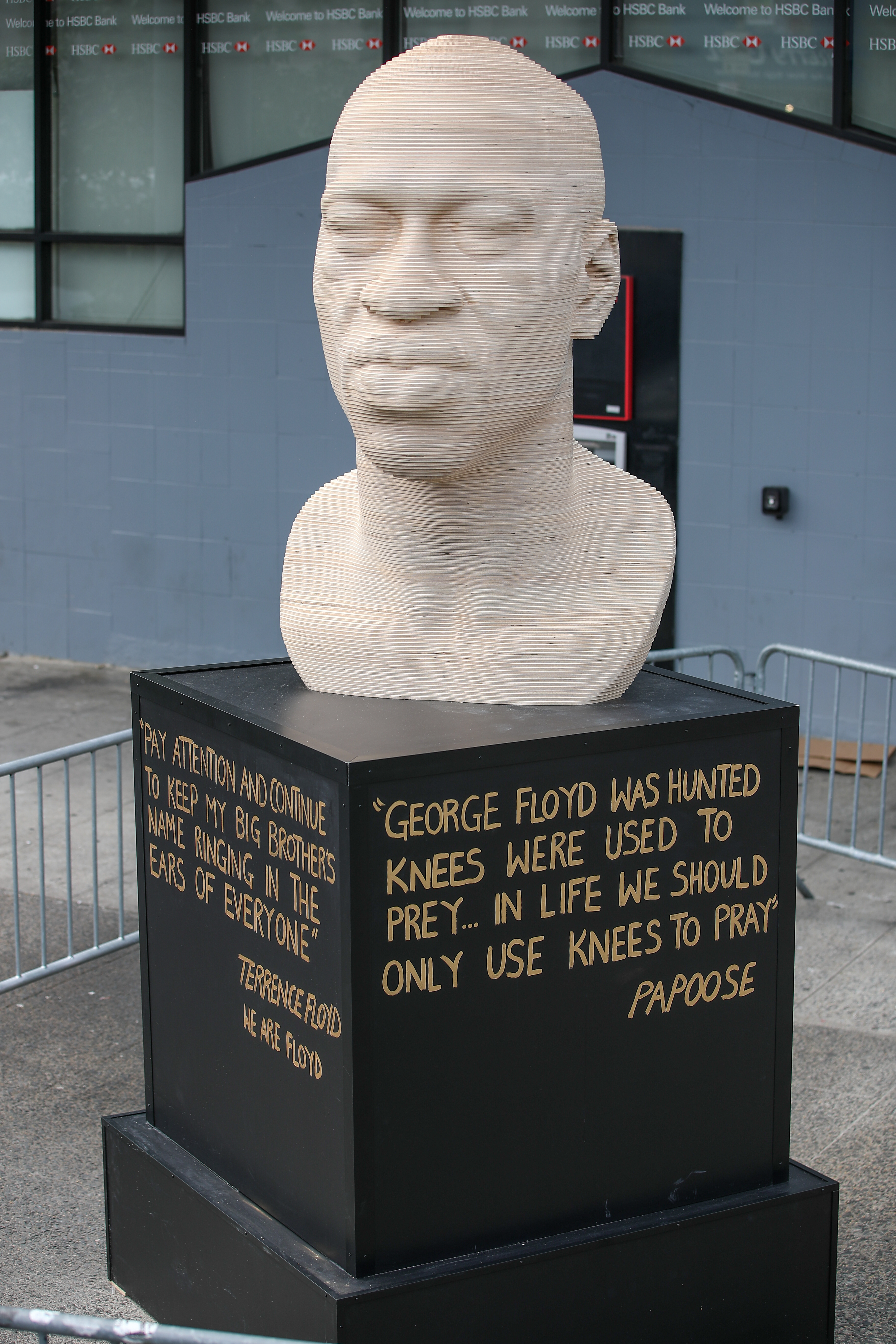 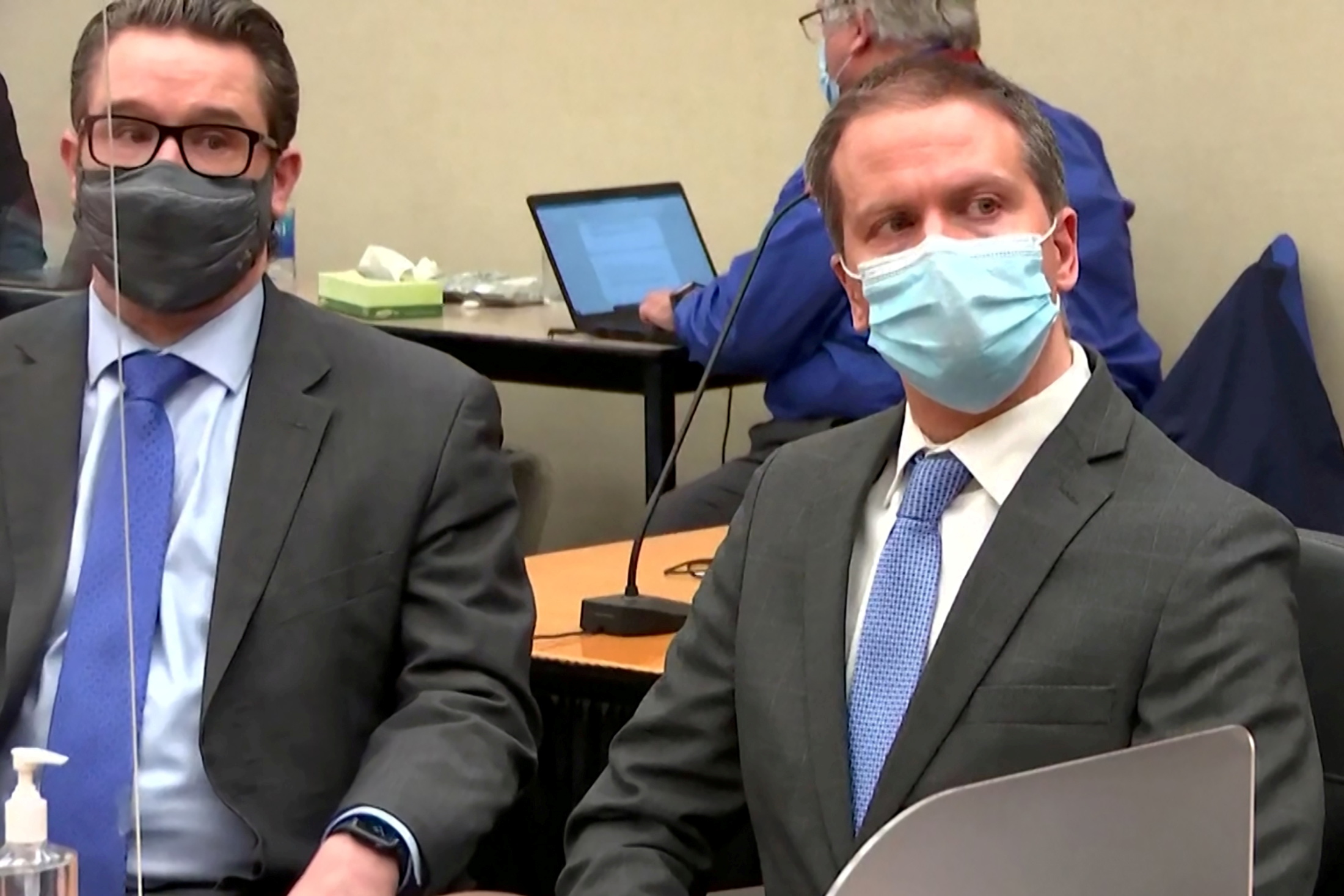 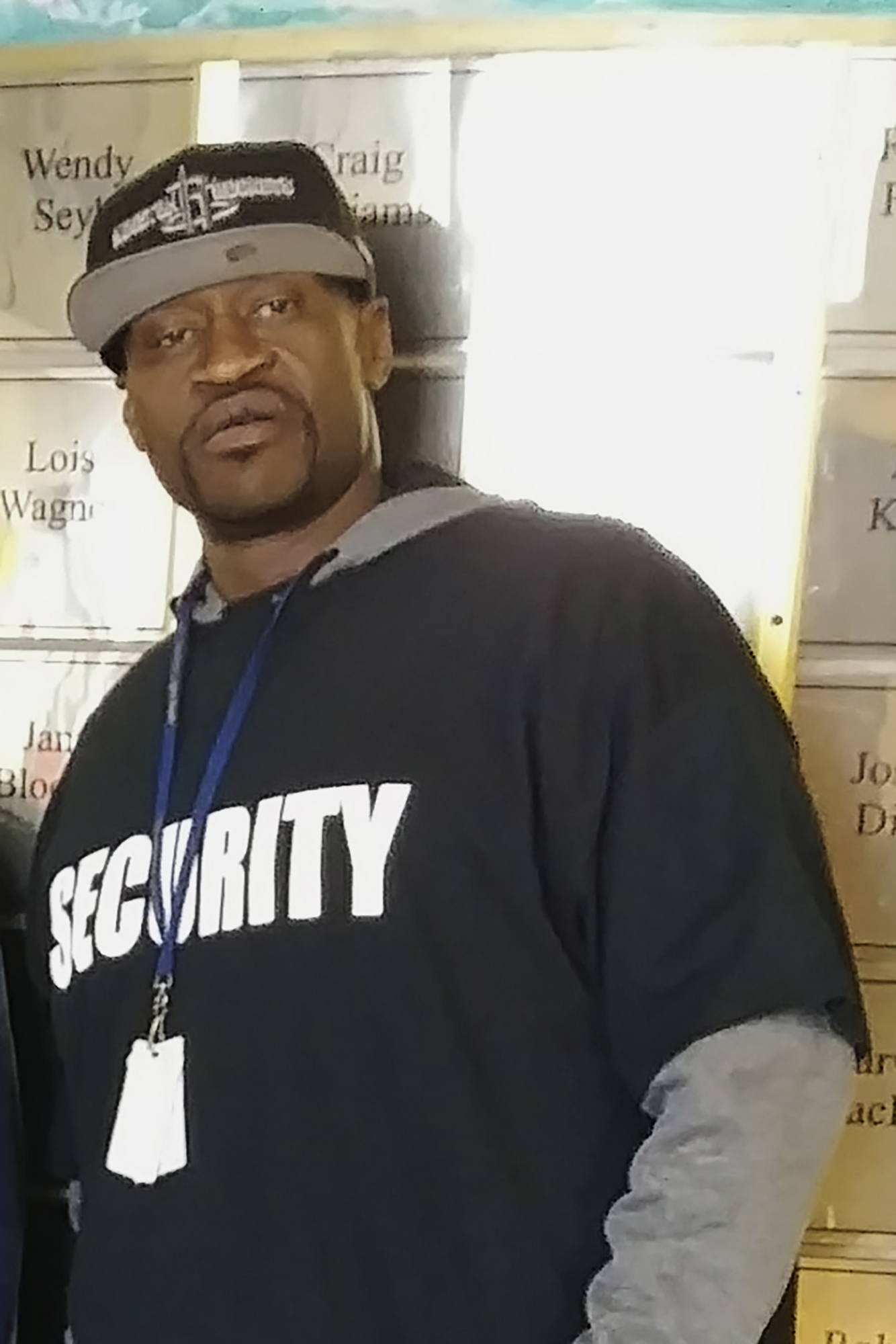 "We will be back, we’re gonna clean it and keep moving forward.”

New York City Council Member Farah Louis spoke about the act saying, "Let us be clear: this is a shameful act, a hate crime and totally disrespectful to the memory of Mr. Floyd and to the Black community as well our efforts to achieve racial justice and equality. And we will not be deterred."

"I ask anyone with information to please come forward and contact the NYPD. My office is working with artist Chris Carnabuci, ConfrontART and the We Are Floyd Foundation to repair the damage to this beautiful and moving work of public art."

In a similar instance, a 700-pound bronze statue in Newark, New Jersey, had its face painted black with the same hate group written on the surface early Thursday morning.

"The defacing of the statue of George Floyd has been a trend around the country," said Newark Mayor Ras Baraka.

"This horrible act is the very reason that this statue needs to remain and be upheld. As this is not just about George Floyd, it's a deliberate effort to push back against and ultimately dismantle systems of hatred, racism, and white supremacy. We celebrate those efforts in Newark, and will continue to do so, despite the ignorance that has reared its ugly head.”

The news comes as Derek Chauvin is being sentenced today for killing George Floyd and faces 40 years in jail over the murder that outraged the world.

Chauvin was convicted of second-degree unintentional murder, third-degree murder and second-degree manslaughter for pressing his knee against Floyd’s neck for over nine minutes as he said "I can't breathe" and went limp.