Hagen Reinhold, 44, has been in the Bundestag since 2017 with the centrist FDP and was considered one of the power couples in German politics with longtime partner Karoline Preisler, 51, who is a member of the same party in the ruling coalition.

But Reinhold has scandalised Berlin by ditching the mother of his children for Annina Semmelhaack, who used to perform in X-rated films as Annina Ucatis, renowned for her double-G breasts. 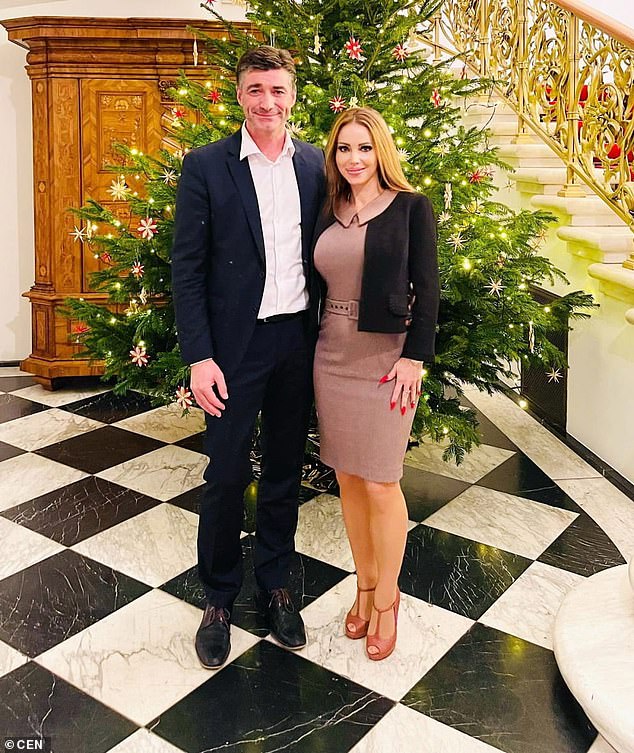 Ucatis, an economics graduate who was previously married to millionaire real estate mogul Theodor Semmelhaack, 65, has also starred in German Big Brother and made her name in films such as Big T** A-List and Busty C*** Worshippers 2.

She got to know Reinhold during a ‘mentoring programme’ to promote women in politics.

The adult actress said: ‘It’s a great love and we’re going into a happy future together.’

Meanwhile her new partner added said: ‘We got to know and love each other in the FDP.’ 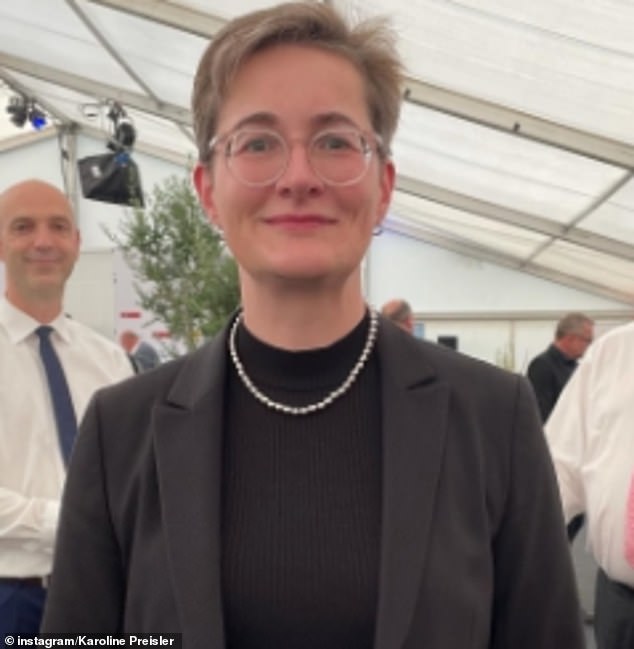 Reinhold had been one of the power couples in German politics with longtime partner Karoline Preisler (pictured), 51 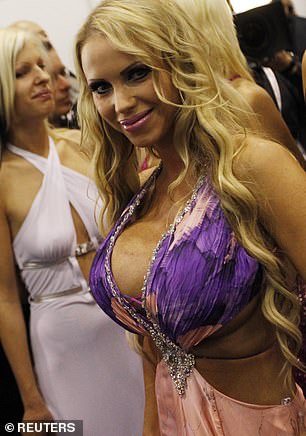 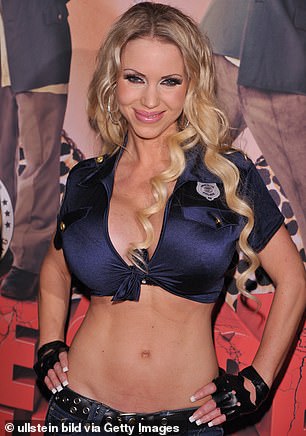 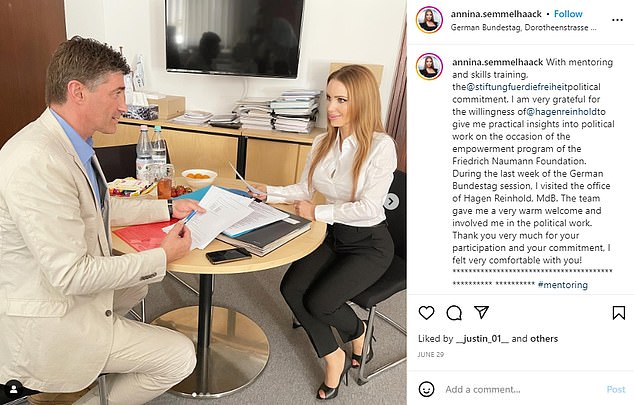 But after news of the affair emerged, jilted ex Preisler posted on Twitter: ‘The past few months have been bitter for me.’

She added she is moving back to Berlin and giving up politics after working as an MP in Mecklenburg-Vorpommern in the northeast of Germany.

Ucatis posted a photo with Reinhold in June of the pair sitting down during their ‘mentoring and skills training’.

Sje said at the time: ‘ During the last week of the German Bundestag session, I visited the office of Hagen Reinhold, MdB.

‘The team gave me a very warm welcome and involved me in the political work.

‘Thank you very much for your participation and your commitment, I felt very comfortable with you!’

She has posted a number of photos with the politician on her Instagram in the subsequent months, documenting their burgeoning romance that was hidden to the public. 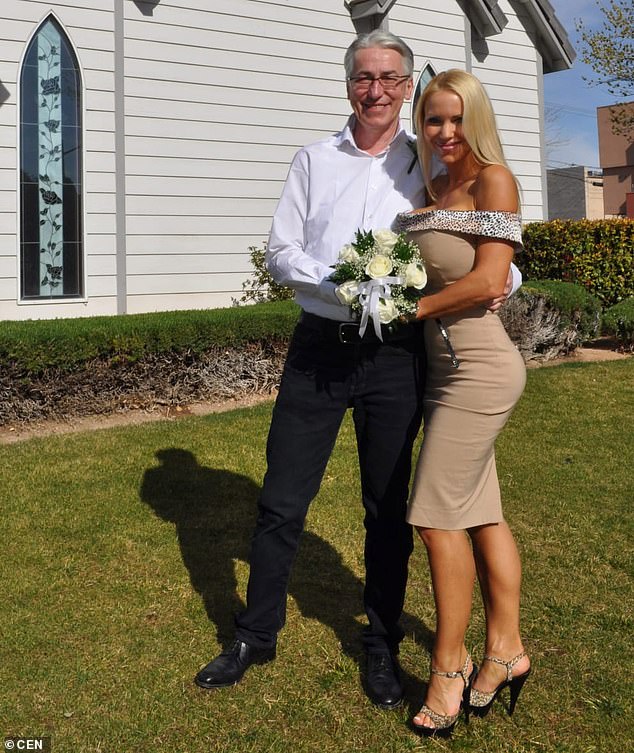 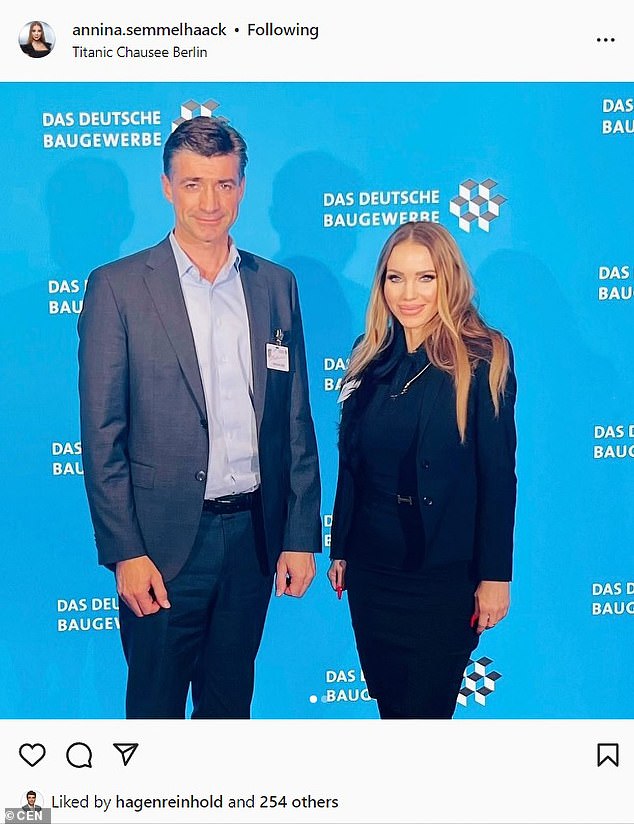 She has posted a number of photos with the politician on her Instagram in the subsequent months, which he has liked

Ucatis made the headlines in 2019 when New York Police Department allowed her to take a private tour of their headquarters without any apparent explanation.

The X-rated star shared photos and videos of the Real Time Crime Center among other sensitive areas of the NYPD’s One Police Plaza and at the Security Coordination Center at 55 Broadway.

In the series of post, the 40-year-old actress poses in front of a variety of NYPD paraphernalia. A uniformed man appears in several of the photos.

Ucatis poses in front of a memorial for fallen police officers before taking shots in front of other parts of the lobby of the plaza.

The lobby is accessible to people who are not cops but those wishing to pass through must be screened. They have to present their ID and state the reason that they are visiting before passing through metal detectors. 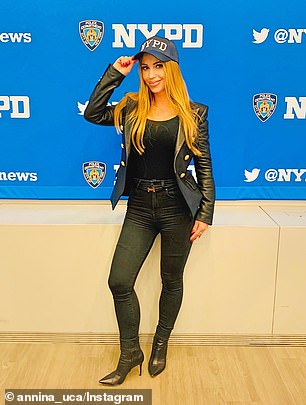 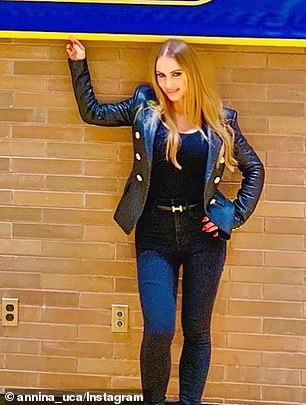 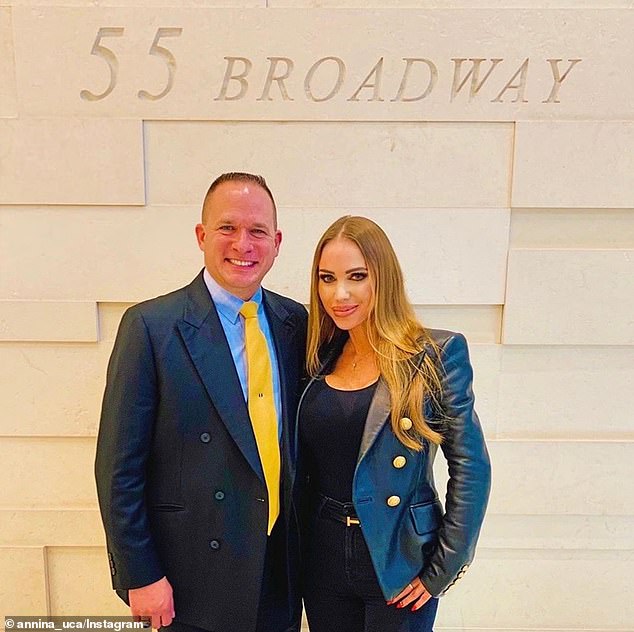 Annina Ucatis shared footage from her Monday visit to the NYPD’s One Police Plaza and at the Security Coordination Center at 55 Broadway. She poses with an officer in the photo 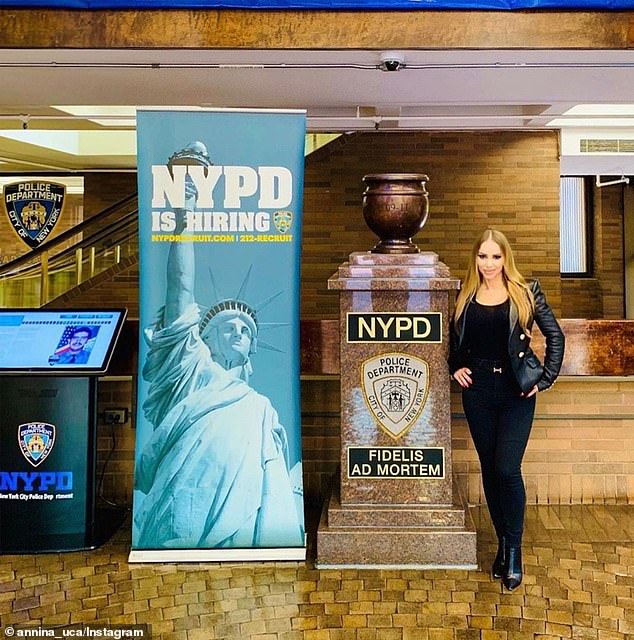 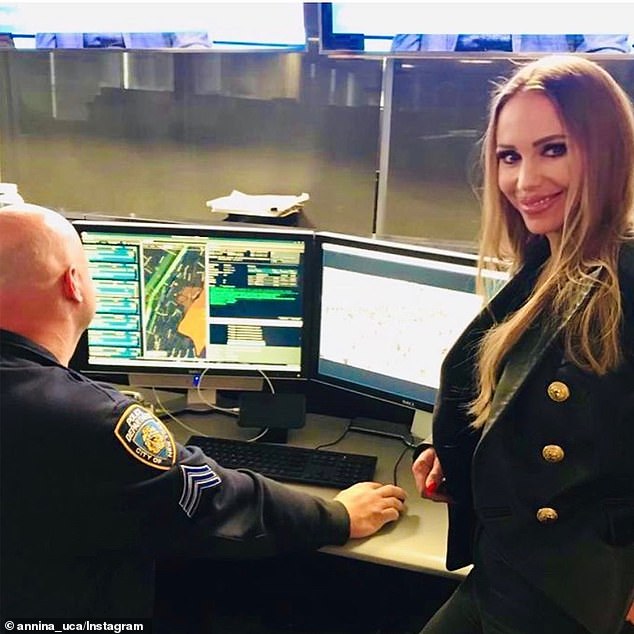 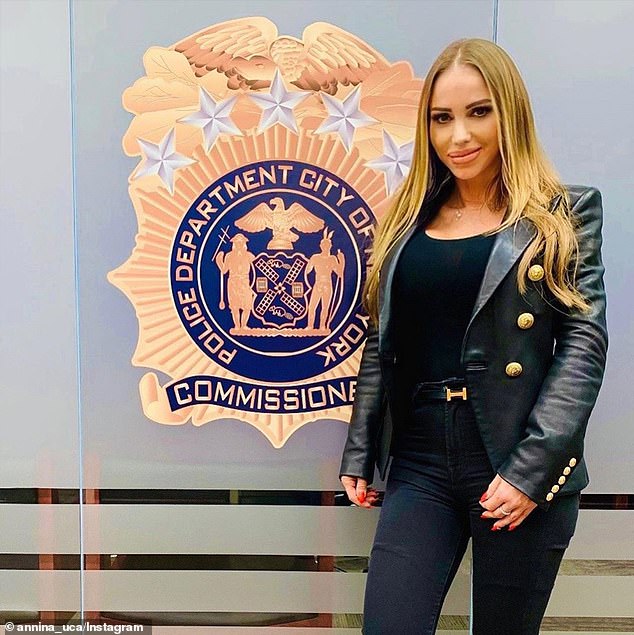 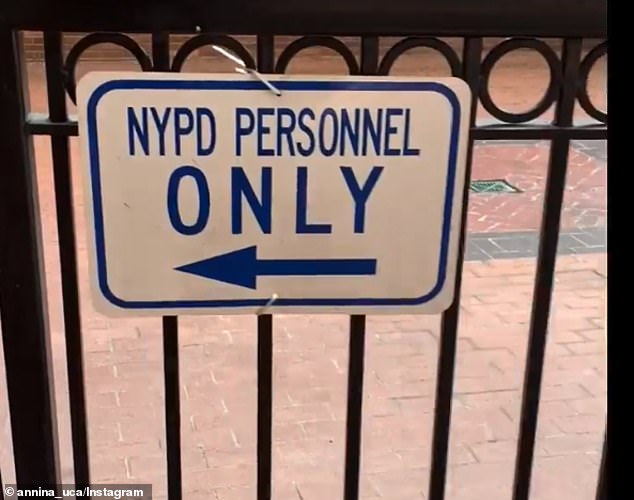 In an interview with the New York Post, Ucatis shared that a friend had arranged the tour for her but would not reveal their identity.

‘It was just a quick stopping there. I love NYC very much and am interested in getting to know the city better,’ she told the Post.

A high ranking police source shared that they found her access to the department to be ‘troubling.’

‘What’s on those screens appear to be stuff that generally should not be in view by the public,’ said the source. ‘911 calls and information given by the victim is typed into the system. That information is helpful to the responding officers.

They continued: ‘What victim wants their personal information read by everyone? It’s the equivalent of having an unauthorized person behind the precinct desk.’

‘What’s even more bizarre is how did she get on the 14th floor?’ they asked. ‘I can’t go up there without being invited up. There are other offices there but it’s high-level positions. It would be very awkward for me to show up on the 14th floor without an invite.’

Several users on social media cited an August memo from the NYPD, banning the filming of the inside of precincts. Police are to technically issue a warning before asking a person to leave when they continue filming. If they don’t stop, they can then be arrested.