Germany will halt all arms exports to countries involved in the ongoing war in Yemen as coalition talks continue. 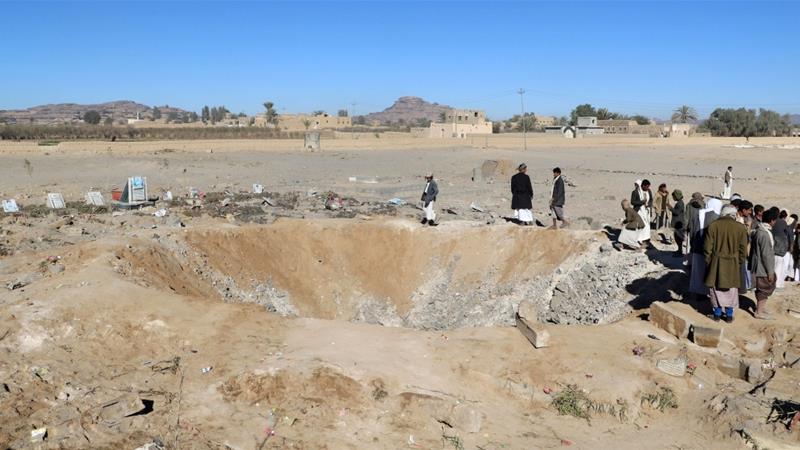 Germany will stop all arms exports to countries involved in the ongoing war in Yemen, a government spokesperson has announced.

Germany “isn’t taking any arms exports decisions right now that aren’t in line with the results of the preliminary talks”, Steffan Seibert, a spokesperson for Merkel, said in a post on Twitter.

The move is expected to affect Germany’s weapons sales to Saudi Arabia, which totalled almost 450 million euro ($550m) in the third fiscal quarter of 2017, according to German broadcaster Deutsche Welle.

Saudi Arabia has been at war in Yemen since March 2015, when a coalition led by the oil-rich kingdom launched a campaign of aerial bombardment aimed at countering Houthi rebels, who are widely believed to be backed by Iran, and reinstating the government of President Abd-Rabbu Mansour Hadi.

Amnesty Gulf, a branch of the Amnesty International rights group, praised Germany’s decision and called on other countries to do the same.

“Good news! Germany halts arms exports to parties to the conflict in #Yemen. [The] US, UK, France and all other states selling arms to the #Saudi-led coalition must halt arms sales now!,” the organisation said Friday in a post on Twitter.

The UK has licensed more than 4.6 billion pounds ($6.3bn) worth of arms to Saudi Arabia since the war in Yemen began, according to the UK-based Campaign Against Arms Trade (CAAT).

The panel examined 10 air attacks in 2017 that killed 157 people and found that the targets included a migrant boat, a motel and five residential buildings, according to a copy of the report seen by Al Jazeera.

According to the Geneva-based SAM Organisation for Rights and Liberties, some 450 civilians were killed in Yemen during December 2017.

The killings were part of 1,937 violations committed throughout the country during December, including physical assaults, violation to press freedom, torture and arbitrary detention, a January 17 report by the organisation said.

The violations were perpetrated by “Houthis militia, Arab Coalition air force, military formations and groups loyal to the legitimate government”, the report said.

The group condemned “all crimes included in this report which are considered as gross violations of the international humanitarian law and human rights law”.

To date, more than 10,000 people have died during the war in Yemen and more than two million people have been displaced since fighting broke out, according to the UN.