Paranoid Ghislaine Maxwell raged ‘Somebody could have been out to kill me!’ at hunky Swedish dog-walker after he let deliveryman come inside her Manhattan mansion

Ghislaine Maxwell’s former dog walker has recalled how she once snarled ‘Somebody could have been out to kill me,’ after he let a deliveryman into the pedophile’s mansion.

Rasmus Alpsjö, 31, said he was one of several men – all young and Swedish, he noted – charged with the care of Captain Nemo, Maxwell’s Vizsla for three months back in 2015 and lived in the basement of her Upper East Side home at the time for $300 a week.

Recalling the incident that enraged Ghislaine – who is currently being held at a Brooklyn jail awaiting sentencing, he said: ‘She had some friends over and the door bell rang. She asked if I could take it,’ he said. There was a delivery guy and he asked if he was at the right address.’

‘I thought it was and I invited him in. Ghislaine came and asked ‘What is this?”

Maxwell went on to ask for the deliveryman’s ID card and even took a copy of it before dismissing him out of her home. 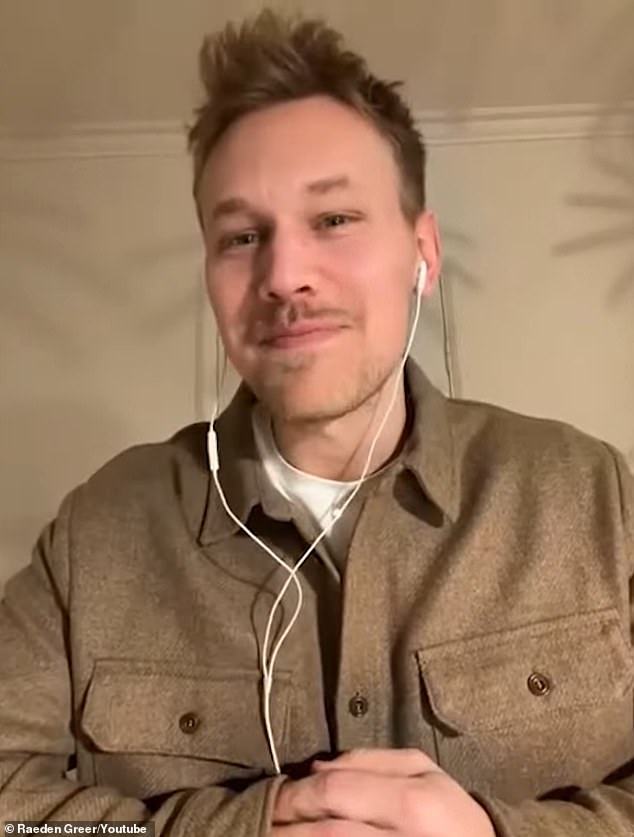 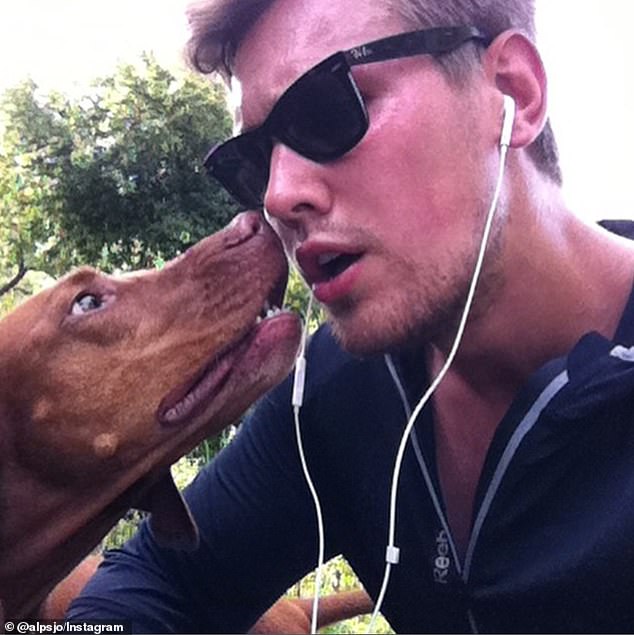 Rasmus Alpsjö, 31, was Ghislaine Maxwell’s personal dog walker for three months in 2015, as he is pictured with her Vizsla, Captain Nemo 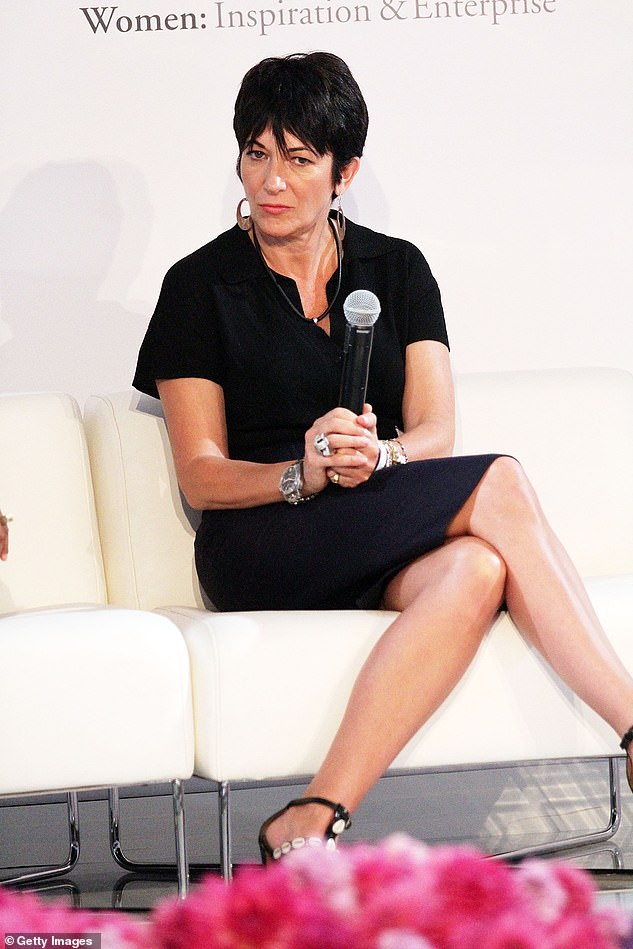 Maxwell, who is awaiting sentencing at a Brooklyn jail, grew paranoid of her surrounding in the years prior to her trial in 2021, as revealed in the Ghislaine Maxwell Swedish Secrets exclusive interview 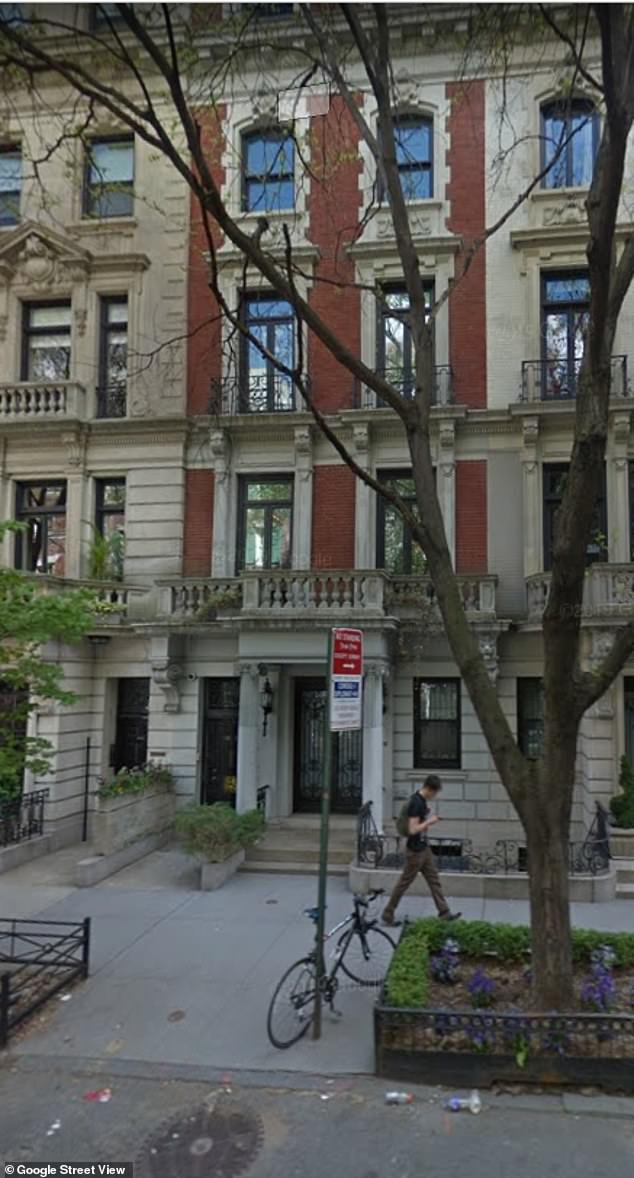 Alpsjö worked at Maxwell’s five-story, 7,000-square-foot Beaux Arts townhouse on East 65th Street on the Upper East Side, while earning $300 per week and living in the home’s basement

‘It made me feel so bad,’ the former employee said. ‘I didn’t think it was such a big deal, but she made a huge deal out of it.’

‘She said, ‘I might have to send you home. I have to think about it,” he added.

On the day after the incident, Maxwell reportedly told Alpsjo that what he did was ‘really stupid but I thought about it and you can stay. But you have to learn that you cannot open to anyone.’

Now, looking back at the moment, Alpsjo says that Maxwell’s reaction was ‘crazy’ and that the entire situation was ‘just insane’.

Furthermore, he said that he landed a job as one of her personal dogwalkers after being informed about the opening by an acquaintance at a party in Sweden. The job was latter offered to him after a ten-minute Skype interview with Maxwell’s assistant.

The Swede added that he had no idea of any of the crimes Maxwell, 60, was eventually convicted for, as he alleges that Maxwell’s secret husband Scott Borgerson was intimidating and he should never reveal who his boss was. 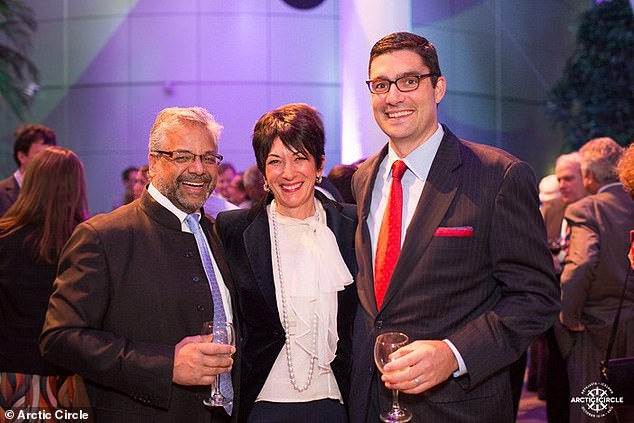 Maxwell (center) and secret husband Scott Borgerson (right) have been married since 2016: Pictured: the pair together at 2013 Assembly for Arctic Circle 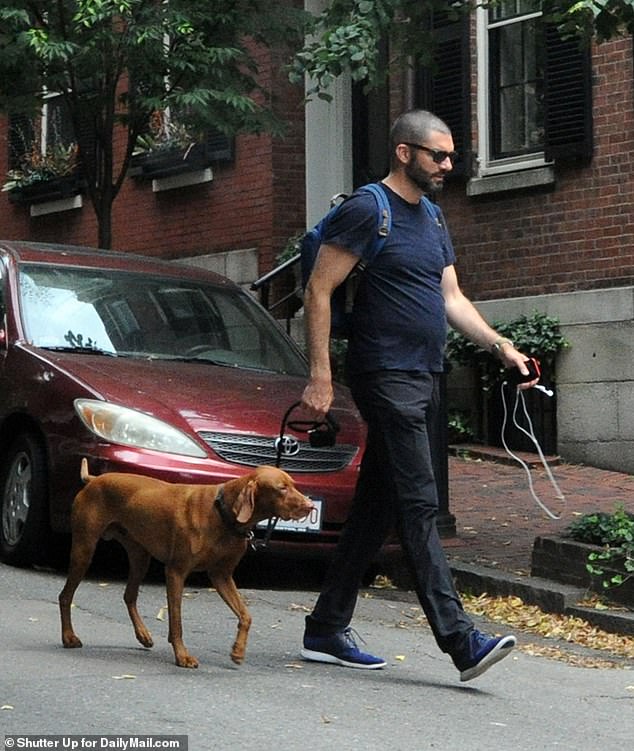 Maxwell’s husband Scott Borgerson is seen walking a dog in Boston in 2019. He reportedly told Alpsjo once to hand him Captain Nemo’s leash so he could show him ‘how an alpha male treats a dog’

‘He sat me down and he told me, like, ‘The woman that you’re working for, living with, she’s a very famous woman. So you can never say who she is, and you can never bring people to the house and you have to be quiet about all this,” said Alpsjö of Maxwell’s on the Diaries of a Pretender podcast.

‘At the time I thought obviously she’s someone important. They came off as such a power couple, so I would just listen to them,’ he continued.

Alpsjo also described Maxwell as someone who ‘liked to have power over people. That made her feel good or something,’ he added.

However, he portrayed Borgerson in a different light, saying that Maxwell’s husband would remind Alpsjo who was boss.

He said: ‘Scott visited sometimes but not that often. I would walk the dog and the dog wasn’t very well trained because there were so many Swedish guys who had handled him.’

‘So one time we walked past a valet service just outside of her house and the dog jumped up and almost bit one of the guys.’

He later says that Borgerson got to hear about the incident and wanted to show him ‘how an alpha male treats a dog.’

‘He took me out on a walk with the dog and showed me this is how you do it as a man to really control the dog,’ Alpsjo said.

‘One of the first times I met him he gave me a business card and it had a number which he had written on it with a ballpoint pen.’

‘He said, ‘If you ever get into any trouble, just call this number.’

‘She often went to him to visit, I think he was in Boston, but the times I met him he came across as a scary, militant guy.

‘He was no fun to be around. I was on my toes all the time,’ he concluded. 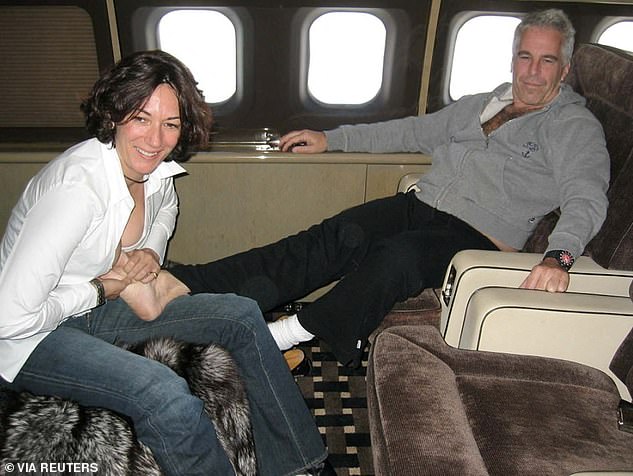 Maxwell and Epstein travelling together on board of Epstein’s infamous ‘Lolita Express’ in an undated picture. Maxwell is awaiting her sentence but could face up to 65 years in federal jail, which has reportedly given her some thought on whether she should ‘flip’ and discuss the actions of others within Epstein’s circle 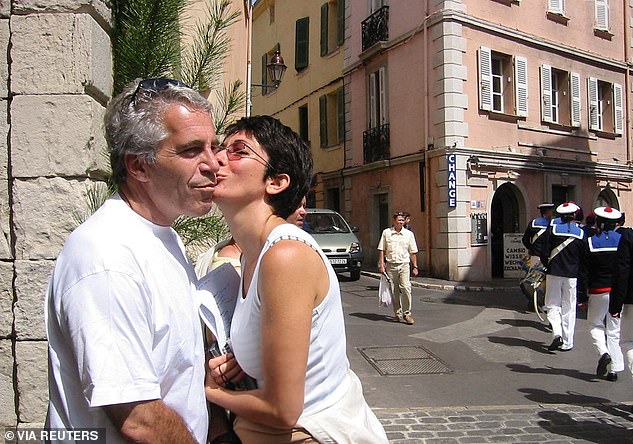 At the time of his employment in New York, Rasmus, who is now studying physical therapy, was living in Maxwell’s home, in the basement underneath the staircase.

Despite more of the same odd behavior, convicted underage sex trafficker Maxwell wanted Alpsjo to keep on working for her and to bury the hatchet. However, things didn’t work out.

He added that he never understood why the former British socialite was constantly looking to employ Swedish men with similar looks as his.

He said: ‘I did a bunch of different, small things that obviously any person could do, but for some reason she wanted young Swedish men to do those things.’

‘I asked her what’s the thing with Sweden? I asked if she had been there or whether she liked ‘Sweden. She said no, she had never been there.

‘I thought, this is just how very rich people act. They have the money, the power, maybe it’s a status thing to have Swedish men there.

‘I thought Ghislaine was just a rich woman but then in 2019 I saw her on the news and I understood who she was.’ 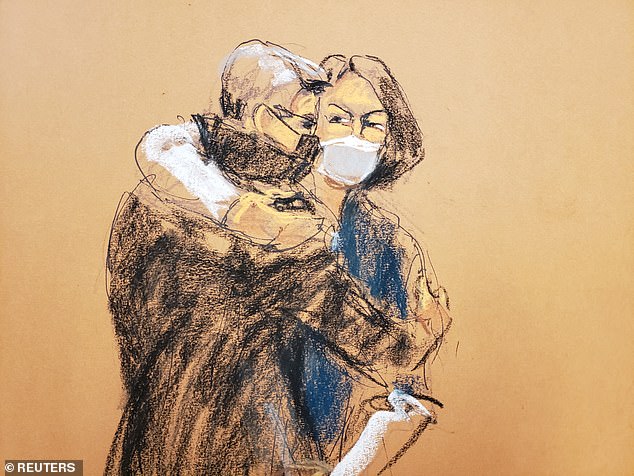 Maxwell hugs her attorney Bobbi Sternheim as they enter the courtroom for the questioning of juror number 50 by Judge Alison Nathan in a courtroom sketch in New York City, U.S., March 8

Maxwell is currently being jailed in the infamous Metropolitan Detention Center, Brooklyn which she has repeatedly complained about, calling it a ‘living hell’ where she has been ‘assaulted and abused.’

On 29 December 2021, she was found guilty and convicted by a jury in US federal court on five sex trafficking-related counts carrying a potential custodial sentence of up to 65 years’ imprisonment: one of sex trafficking of a minor (maximum, 40 years), one of transporting a minor with the intent to engage in criminal sexual activity (ten years) and three of conspiracy to commit felonies (15 years total).

She will be sentenced later this year, but plans to appeal her conviction after one juror admitted he hadn’t disclosed that he’d himself been sexually abused as a child on a screening form.