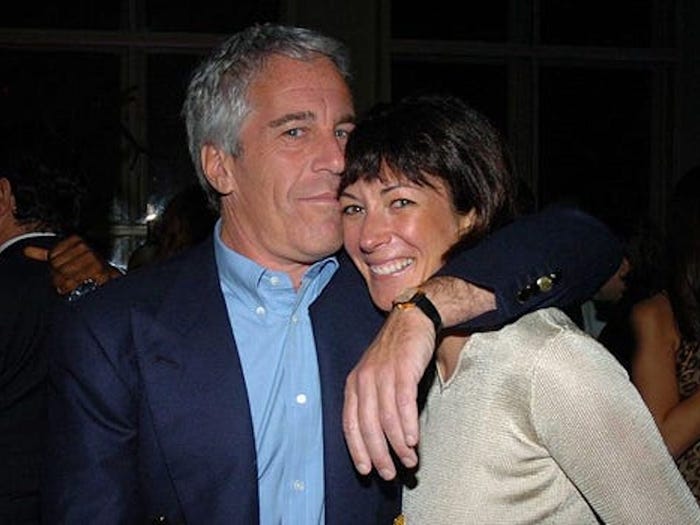 In a federal court filing on Monday, lawyers for Ghislaine Maxwell — the multimillionaire, jet-setting longtime associate of the now-dead sex offender Jeffrey Epstein — argued that Maxwell should be released on bail.

She'd never try to flee the United States, they said, because Maxwell is in a loving relationship with her husband and would never turn his back on him.

"She will not risk destroying the lives and financial well-being of those she holds most dear to live as a fugitive during a worldwide pandemic," the lawyers wrote.

But earlier this year, prosecutors say, Maxwell told government officials she was "in the process of divorcing her husband."

The revelation comes from a new court document filed on Friday afternoon arguing against Maxwell's bail application. Maxwell was arrested in July and charged with various crimes related to accusations that she recruited and groomed several girls for Jeffrey Epstein to sexually abuse, sexually abused them herself, and lied about it in a deposition.

The judge overseeing the case, Alison Nathan, rejected a bail application from Maxwell in July. But her lawyers filed a new bail package offering a $28.5 million bond, $22.5 million of which is from assets belonging to Maxwell and her husband, Scott Borgerson, the CEO of a maritime analytics company.

Maxwell's renewed bail application also asks if she would be permitted to live with an individual who isn't her spouse if she's released on bail, prosecutors say. The individual's name is redacted from court documents.

"A spouse's desire to distance himself in that manner — particularly when coupled with the defendant's inconsistent statements about the state of their relationship — undermine her assertion that her marriage is a tie that would keep her in the United States," prosecutors wrote in their filing.

The current status of Maxwell's relationship with Borgerson is unclear. In a heavily redacted letter accompanying her renewed bail application, he wrote that she was a "wonderful and loving person" and was innocent of the accused crimes.

"This letter demonstrates that Ms. Maxwell has powerful family ties to the United States that she will not abandon," Maxwell's lawyers wrote. "It describes the committed relationship between Ms. Maxwell and her spouse, who is a US citizen, and how they lived a quiet family life together."

This story is breaking and will be updated.