Conservationists discovered the huge reptile stuck in an irrigation ditch this week near Lake Blackshear, Georgia, US. 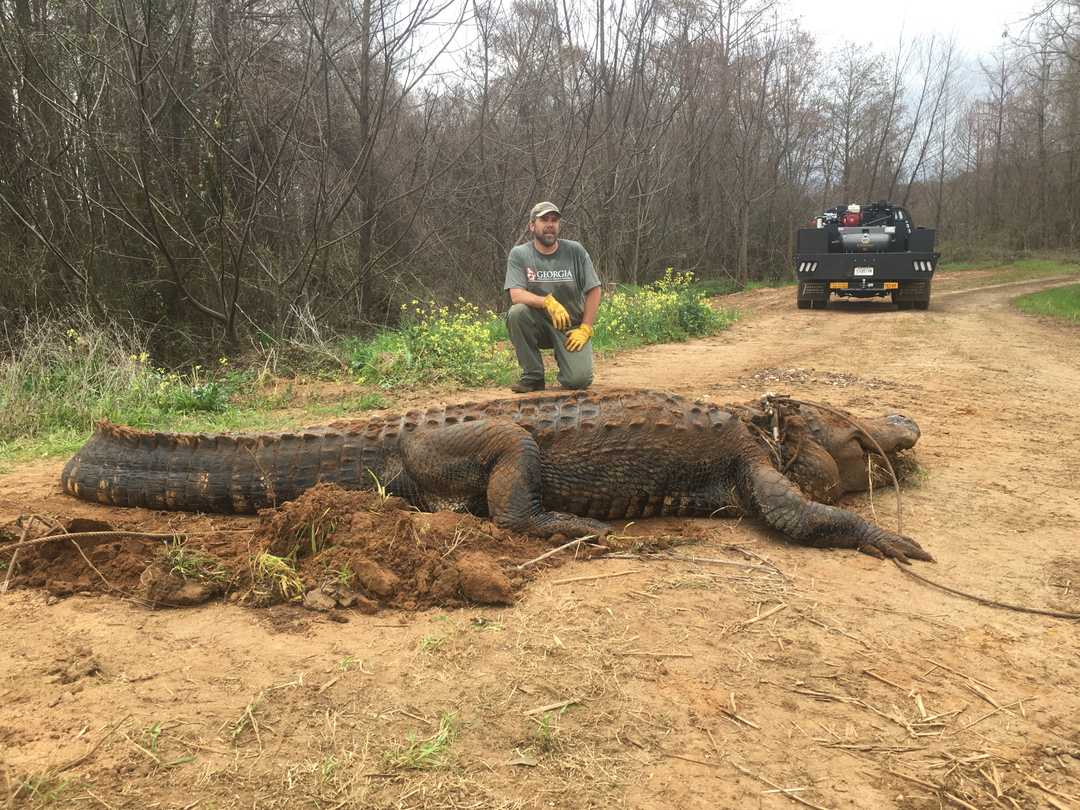 The picture shows wildlife biologist Brent Howze with the animal he had helped rescue.

But despite the state’s Department of Natural Resources praising the nature conservation team people on social media couldn’t believe their eyes and thought it was just made up.

Mike Wagner wrote: “The man is kneeling at least 8 feet behind the gator…”

Howze told the Cordele Dispatch: "Apparently a lot of people think it’s fake, but I can assure you that it is not.

"I’m the one in the picture, and you can probably tell that I didn’t get too close to it."

"It took a while to get it out of that ditch.

"It was bigger than we originally anticipated, and we had to use heavy equipment to move it."

The alligator weighed in at 50 stone and was more than 13 feet long, with a chest measurement of over 57 inches.

Once the rescuers had managed to get the alligator out of the ditch though they discovered it had been shot in the stomach and had to be put down.

Despite the find Howze reassured people living near the lake that it was still safe and added he and his family intended to still swim there in the summer.

The largest ever alligator said to have been found in the US measured 19.2 feet long, which was discovered in Louisiana but this has not been collaborated, according to the Journal of Herpetology. 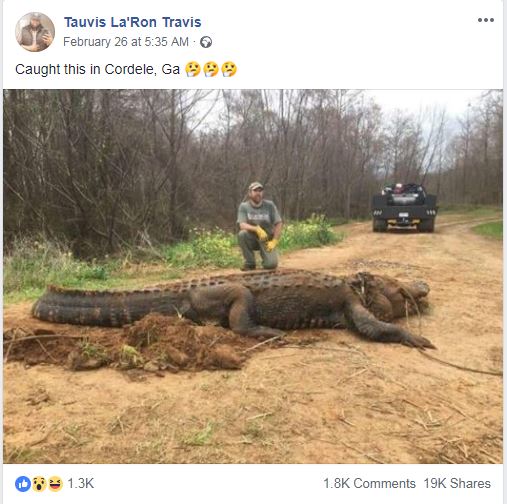