Girl, 14, dies following battle with rare cancer just six weeks after posing for her school prom photo – as grief-stricken father recalls how she went ‘white with fear’ when diagnosed

A dad has spoken out about the tragic death of his teenage daughter just six weeks after she posed for her school prom photo.

Connie Holmes, from Bilton-in-Ainsty, a district of Harrogate in North Yorkshire, was diagnosed with a rare type of cancer at just 14 years old.

Tony said he couldn’t ‘begin to describe’ the grief after his daughter Connie died.

Connie had started to experience pain in the left side of her body one day and eventually stopped being able to use her hand.

She was sent to Leeds General Infirmary (LGI) by her GP and was eventually diagnosed with aggressive and rare cancer Ewing’s Sarcoma, which occurs in bones or the soft tissues around them. 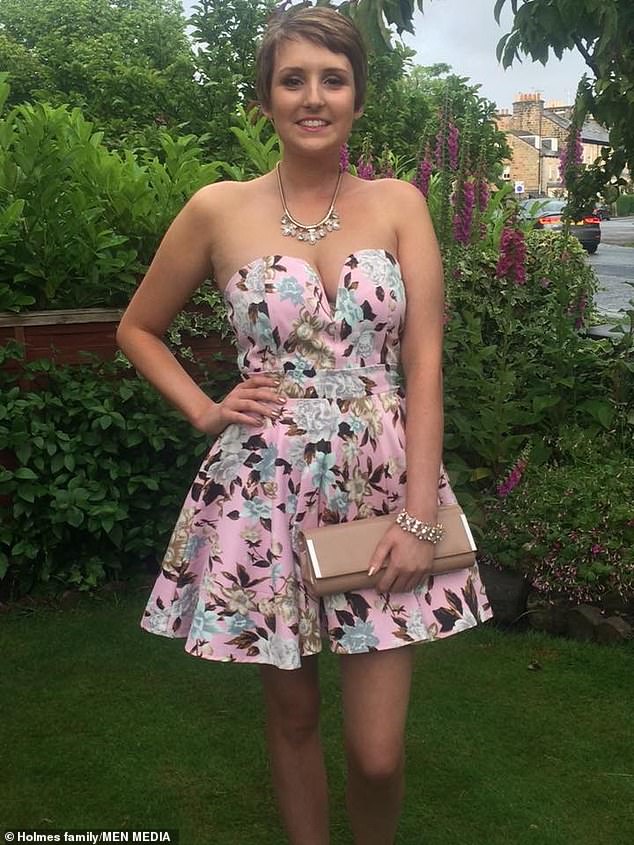 Connie Holmes (pictured), from Bilton-in-Ainsty, a district of Harrogate in North Yorkshire, was diagnosed with a rare type of cancer at just 14 years old

Tony, a retired social worker, said: ‘You can’t begin to describe the grief when a child dies. It’s a haze and blur. You just stumble through from one day to the next.

‘To have nice things to look back on is so important – special moments, special memories, that keep them alive in your heart.’

When Connie was referred to the LGI, an MRI located a significant ‘swelling’ in her neck.

‘We were initially told that it was likely to be benign, but that she’d need to have surgery immediately and would be on the operating table for at least 12 hours,’ Tony, 59, remembered.

‘Connie just went white with fear. After that her oncologist came to see us and told us, as calmly and gently as possible, that it was unlikely to be benign.’

The surgery confirmed Connie’s tumour was malevolent. She was then rushed into several rounds of surgery, chemotherapy and radiotherapy.

Connie was then referred to Make-A-Wish, which facilitated a trip to Paris with her dad, mum Judith, and little brother Harvey in October 2014. Tragically, Connie relapsed not much later and died in August 2015.

Tony said: ‘Connie always loved musicals, and Les Misérables was her favourite. She just wanted to visit Paris and specifically to have dinner in the Eiffel Tower. 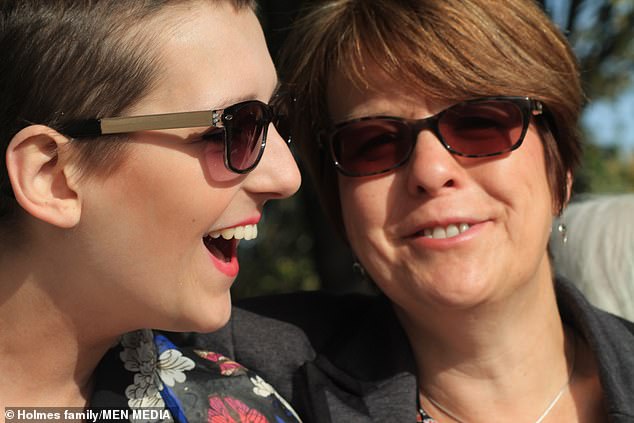 ‘The voluntary Wish Makers that came to see Connie were great. She found it hard to choose a wish, but they made her believe that she deserved to have any wish she wanted.

‘After her death, the memory of that trip brought us so much comfort. Having the pictures to look back on – these things can be a light in the darkest days.

‘Her brother Harvey chose to make a short animation of that trip in the bereavement group he attended.

‘Even years later, the memories of that time help keep her a part of our family and alive in our minds, our memories, and our hearts.’

Tony is planning to run the Great North Run this autumn to raise money for Make-A-Wish.

He will be running alongside Connie’s brother Harvey and her childhood friend David, as well as David’s father Ian. 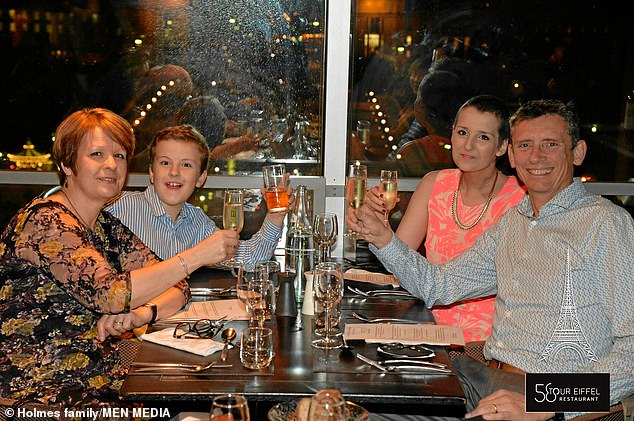 Connie was then referred to Make-A-Wish, which facilitated a trip to Paris with her dad, mum Judith, and little brother Harvey in October 2014.

‘Whether you’re donating, fundraising or volunteering for Make-A-Wish UK, to know that you’re helping a critically ill child make special memories with their family is a privilege,’ Tony added.

Volunteers week is from June 1 to June 7 and Make-A-Wish is currently appealing for volunteers to help children like Connie.

Emma Vizor, Volunteer Engagement Lead at Make-A-Wish UK, said: ‘Our vision is a world in which every critically child, like Connie, has their wish come true.

‘But, with over 60,000 UK children eligible for a wish, we don’t currently have enough volunteers to make that vision a reality.

‘Right now, donating your time has just as powerful an impact on achieving our vision as donations and fundraising.

‘As Tony’s story shows, the power of a wish brings light and joy to children and their loved ones, leaving a profound and lasting impact on all their lives.

‘By visiting www.make-a-wish.org.uk/volunteer today you can begin playing a vital part in that process, helping to light up the darkness for critically ill children and their families across the UK.’

WHAT IS EWING’S SARCOMA?

Ewing’s Sarcoma is a cancer of the bone, which usually affects the ribs, pelvis and spine. In rare cases, it also occurs in the soft tissues.

The condition affects less than 30 children a year in the UK.

Around 225 young people are diagnosed annually in the US.

Ewing’s Sarcoma’s cause is unclear but may relate to the timing of rapid bone growth.

The most common symptom is pain, which is usually worse at night.

Treatment depends on the size and position of the tumor but usually involves chemotherapy, surgery and radiotherapy.

Amputation may be unavoidable if the cancer affects the surrounding blood vessels and nerves.

However, this may be avoidable by replacing the bone with a prosthesis or a bone from elsewhere in the body.