A major clean-up operation has begun at Glastonbury to return the site from a pop-up city of 200,000 people to a Somerset dairy farm.

They began picking up thousands of discarded items including paper cups and food containers after around 200,000 people descended on Worthy Farm for the festival.

The clean-up crew tackled bins overflowing with waste and big items such as camping chairs, blow-up mattresses, slippers, flip-flops and shopping bags needing to be disposed of.

Campers packed up their belongings and left in a steady stream from the Somerset site on Monday morning as the rain descended following a festival that had defied ominous forecasts of thunderstorms and a yellow weather warning from the Met Office. 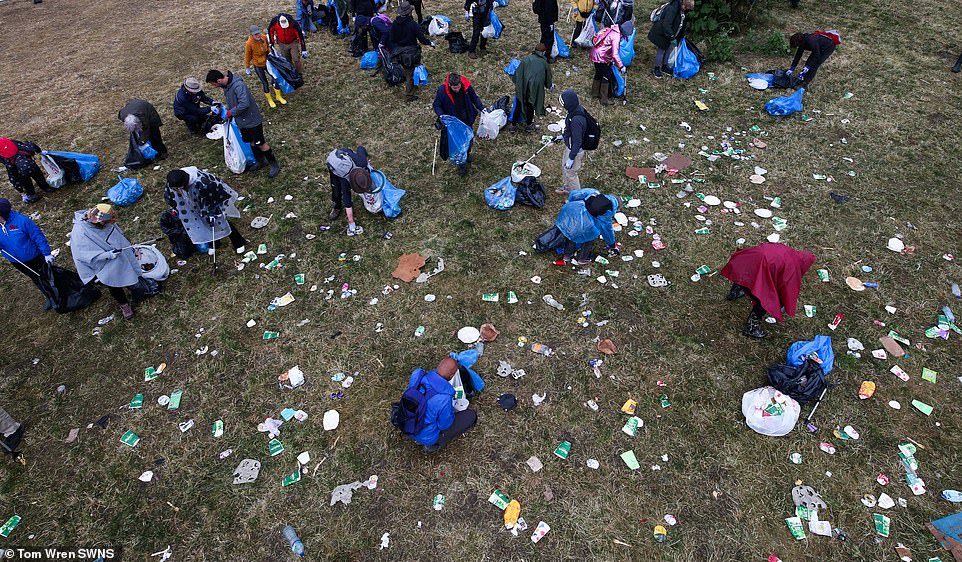 Volunteers have begun cleaning up at Glastonbury, after 200,000 people descended on Worthy Farm last week to celebrate the first festival since 2019 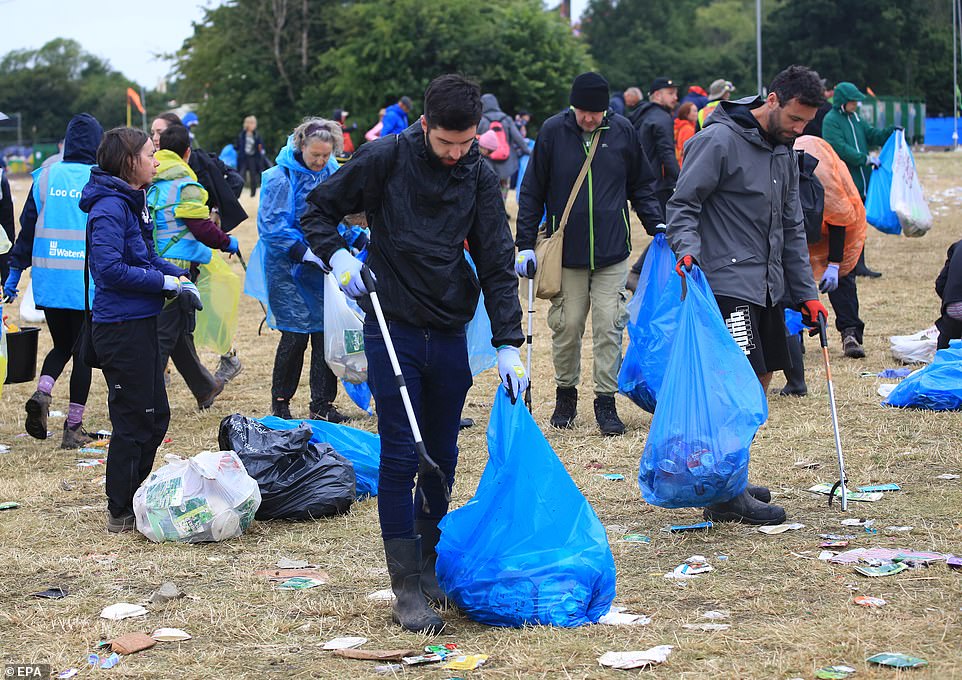 Left-behind items mostly include paper cups and food containers, although large items like camping chairs and blow-up mattresses have also been ditched 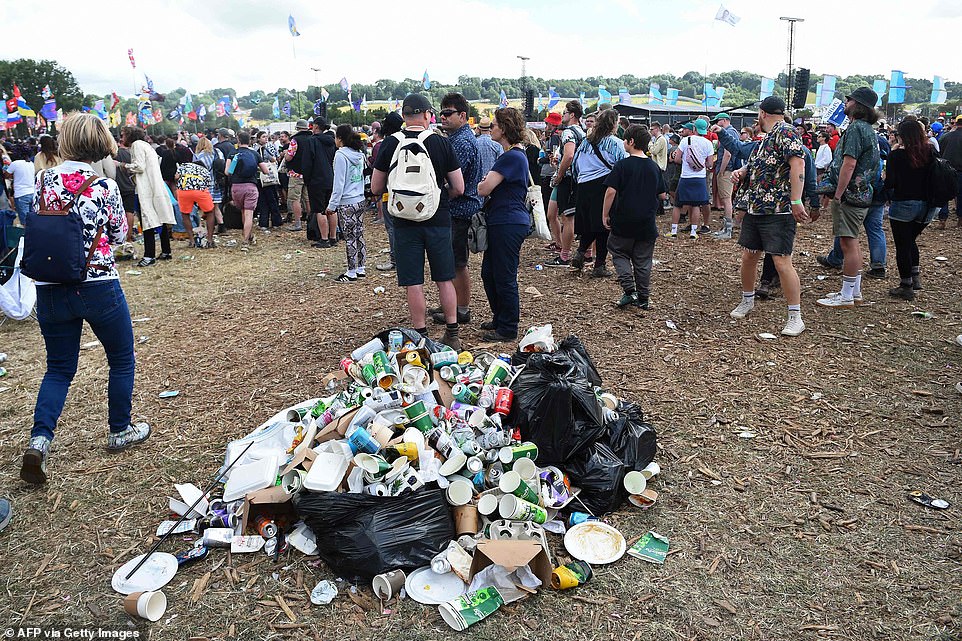 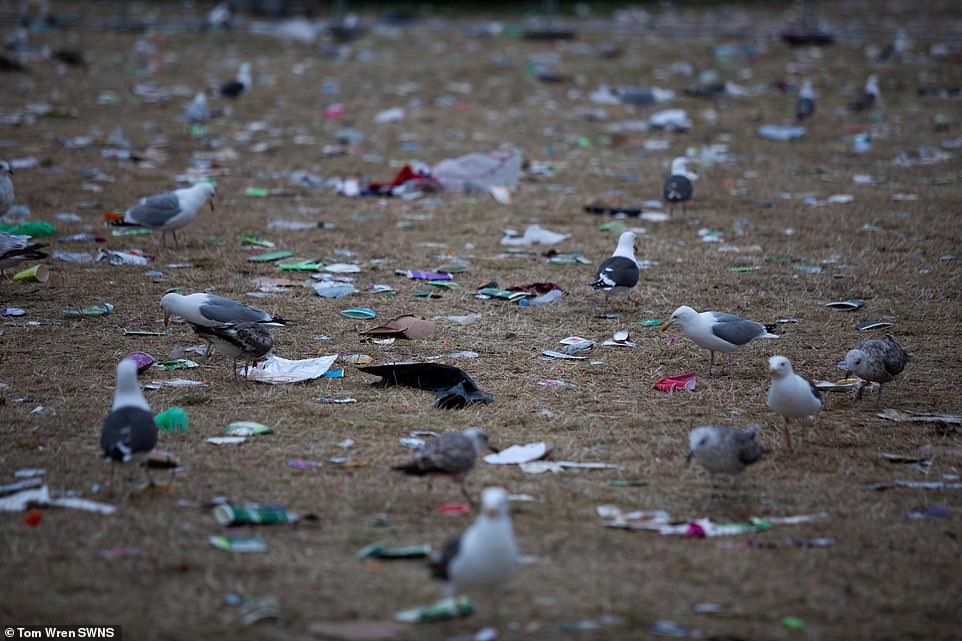 Seagulls have swooped down on the emptying campsite, scavenging food scraps from littered containers 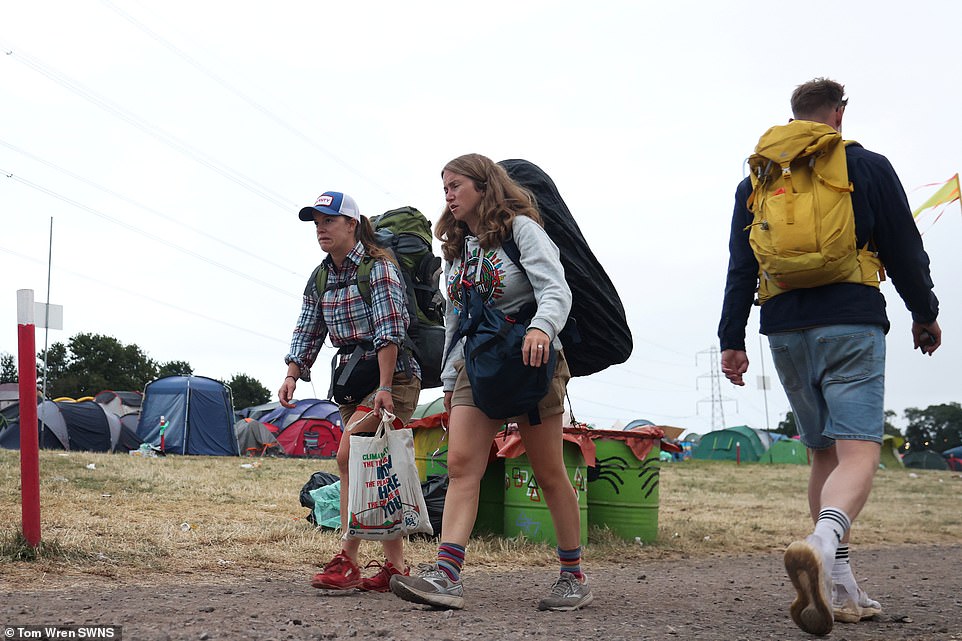 With the festivities over, revellers have been streaming out of the site all morning, leaving behind thousands of discarded items 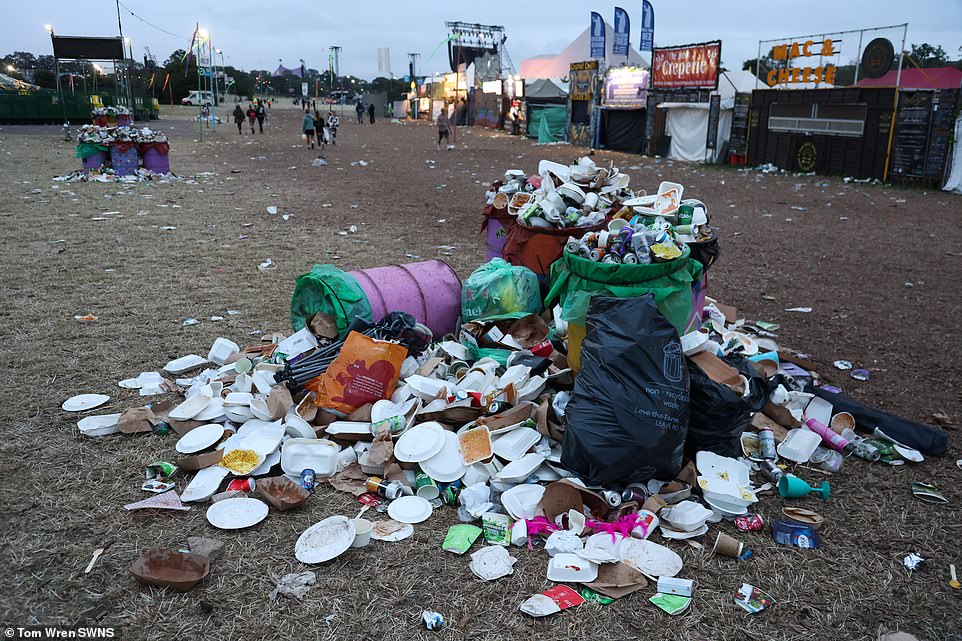 There were 15,000 bins over the 800-acre site set up to handle the huge quantities of litter generated

Volunteer Sean Kelly, 32, said: ‘I’ve been litter picking every day for hours. In the whole recycling team there is 2,500 of us and I’ve done it 10 years on the trot.

‘As a rule, everything is pretty much done early this year.

‘There’s been a huge reduction in gas canisters this year, but there’s been a lot of vape bars and they are the only things you can’t recycle. 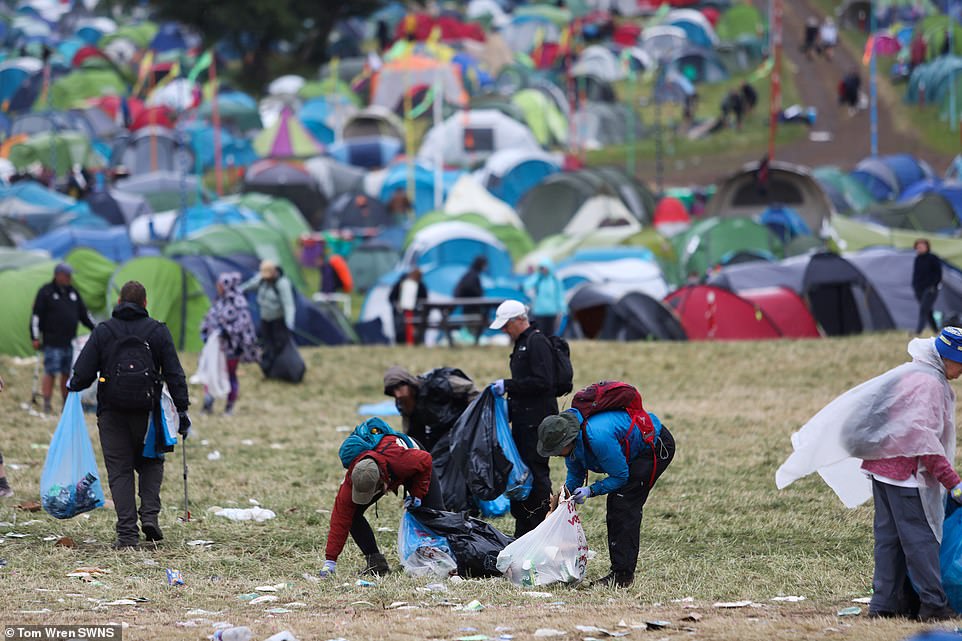 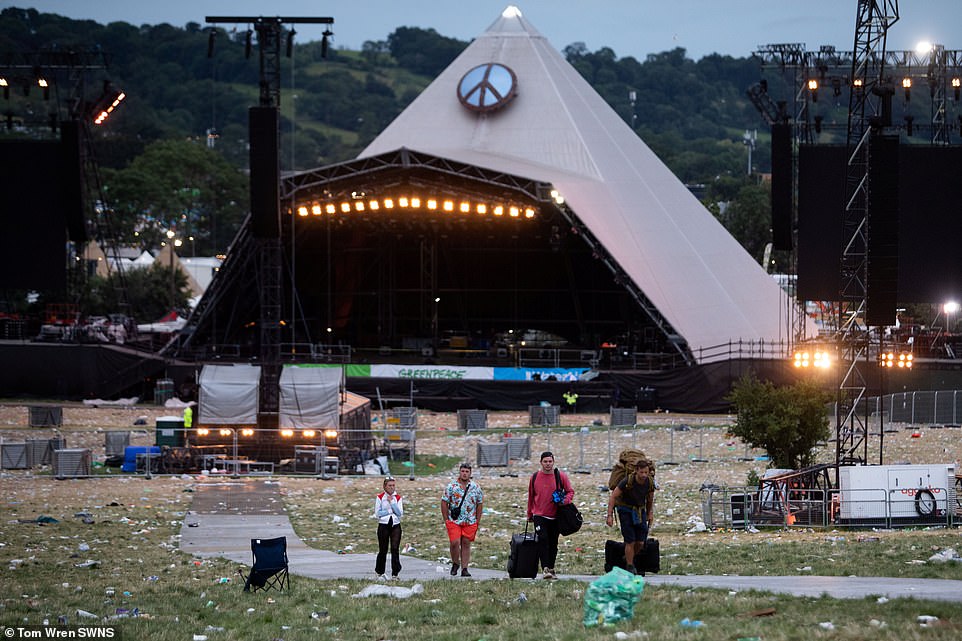 The festival’s organisers warned that left-behind tent pegs could end up being ingested by cows, causing damage or even death to the unsuspecting ruminants

‘Most things get recycled here.’

On Glastonbury Festival’s official website, attendees were urged: ‘Take it, don’t leave it’.

The website cautions that left-behind tent pegs can end up killing cows if the ruminants accidentally eat them.

Festival-goers were provided with 15,000 bins over the site, and each attendee was given a green bag for recyclables and a clear bag for general waste upon entering last week.

Flocks of seagulls have descended on the site to scavenge food scraps from discarded containers.