Great-grandmother Peggy turns 100 surrounded by friends, family and neighbours – in the house where she has lived her ENTIRE life

A great-grandmother has celebrated her 100th birthday in the house she lived in all her life and the whole street joined the party.

Peggy Samuels was delighted when dozens of her neighbours decorated the street outside her Cheltenham home with bunting and balloons, and showered her with flowers, chocolate and gifts for her milestone birthday on Tuesday.

The crowd cheered their birthday wishes as she made her grand entrance from her lifelong home and she was then presented with a huge birthday cake and a card.

The joyful event was put together by local residents Kate Elvy and Lorraine Thorne, who said that they ‘couldn’t let it go past without a mention’. 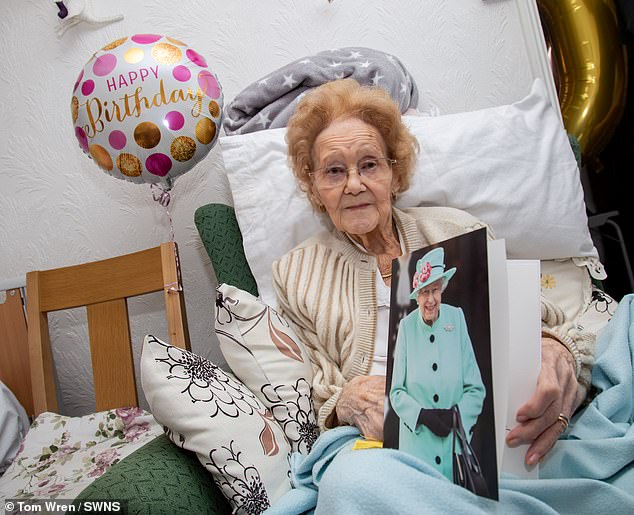 Peggy Samuels celebrated her 100th birthday in house she has lived in her entire life surrounded by friends, family and neighbours 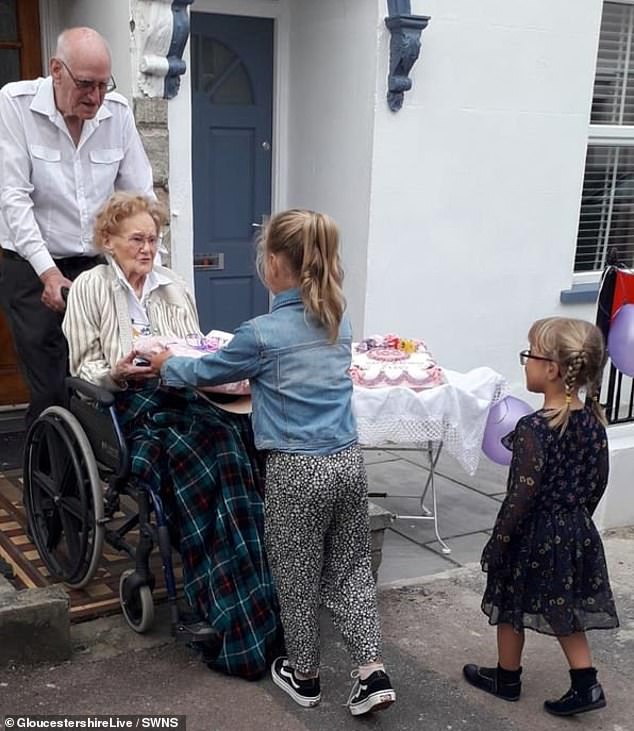 The street party was put together by local residents Kate Elvy and Lorraine Thorne, who said that they ‘couldn’t let it go past without a mention’ 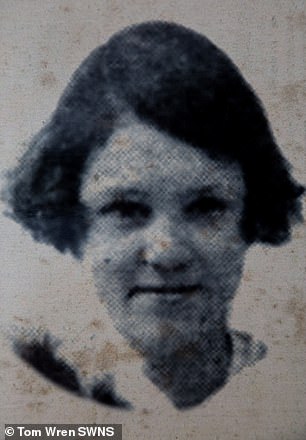 She was born in the terraced home on August 20, 1919 and raised two children in the house she has never moved from.

Peggy spent her youth going to Sunday school and looking after the other children in the street.

In her early 20s she worked for a company producing aircraft ammunition for the war, where she later met her husband.

She said: ‘Life has changed a lot over the years – there was a lot more freedom back then. When I was young we more or less did what we wanted to.

‘During the war, you had to walk about in the dark and you were restricted to what you could eat because you had ration books and so on.

‘We had more restrictions but it was better in some ways – we had to make do with what we had.’

Her husband and her daughter have died, but Peggy lives just around the corner from her son.

On the secret to reaching the impressive milestone Peggy said: ‘I’ve lived my entire life without any medication – except brandy, that’s what keeps me going.

‘I have a glass of brandy every night.’ 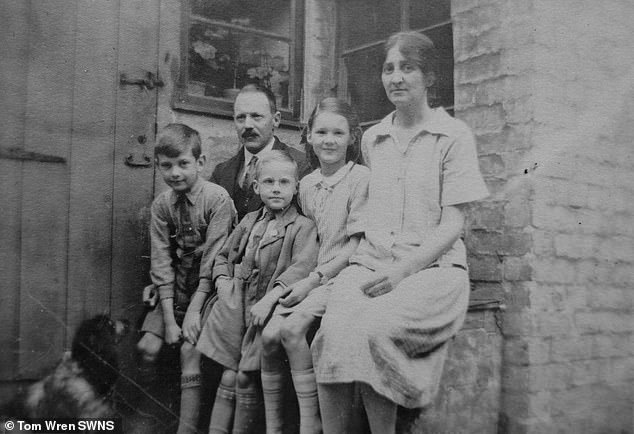 Peggy with her family in 1929 outside her home. She had two children with her late husband 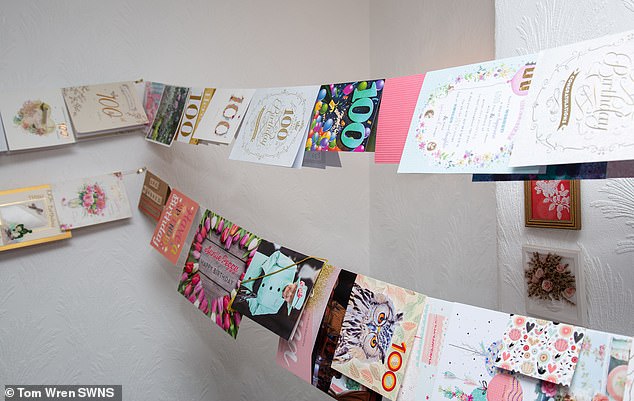 Peggy grew up in the area with her two brothers, one who died in his eighties and the other who is in his nineties.

Ms Elvy said: ‘100 years old – you cannot make that up. Friends, family, neighbours have come to join in – even people who have moved away from the street now.’

‘Ron (Peggy’s partner) and Peggy are very popular in the street and we just wanted to do this for them,’ added Ms Thorne.

Ms Elvy’s husband gave a speech at the party and made a toast to Peggy.

He said: ‘Peggy has seen Cheltenham go from a small town to a large town. The street getting busier and busier, children being delivered and people moving.

‘We all too easily look back at Peggy’s generation and say how hard it must have been.

‘But I’d argue that Peggy might say it was the other way around and it was the small things that mattered the most.’