BRUSSELS took aim at Britain's soaring vaccination rollout today as it beefed up its export ban to target countries doing better than the EU.

Eurocrats unveiled a new crackdown on shipments of jabs outside the bloc as the continent spirals into a devastating third wave. 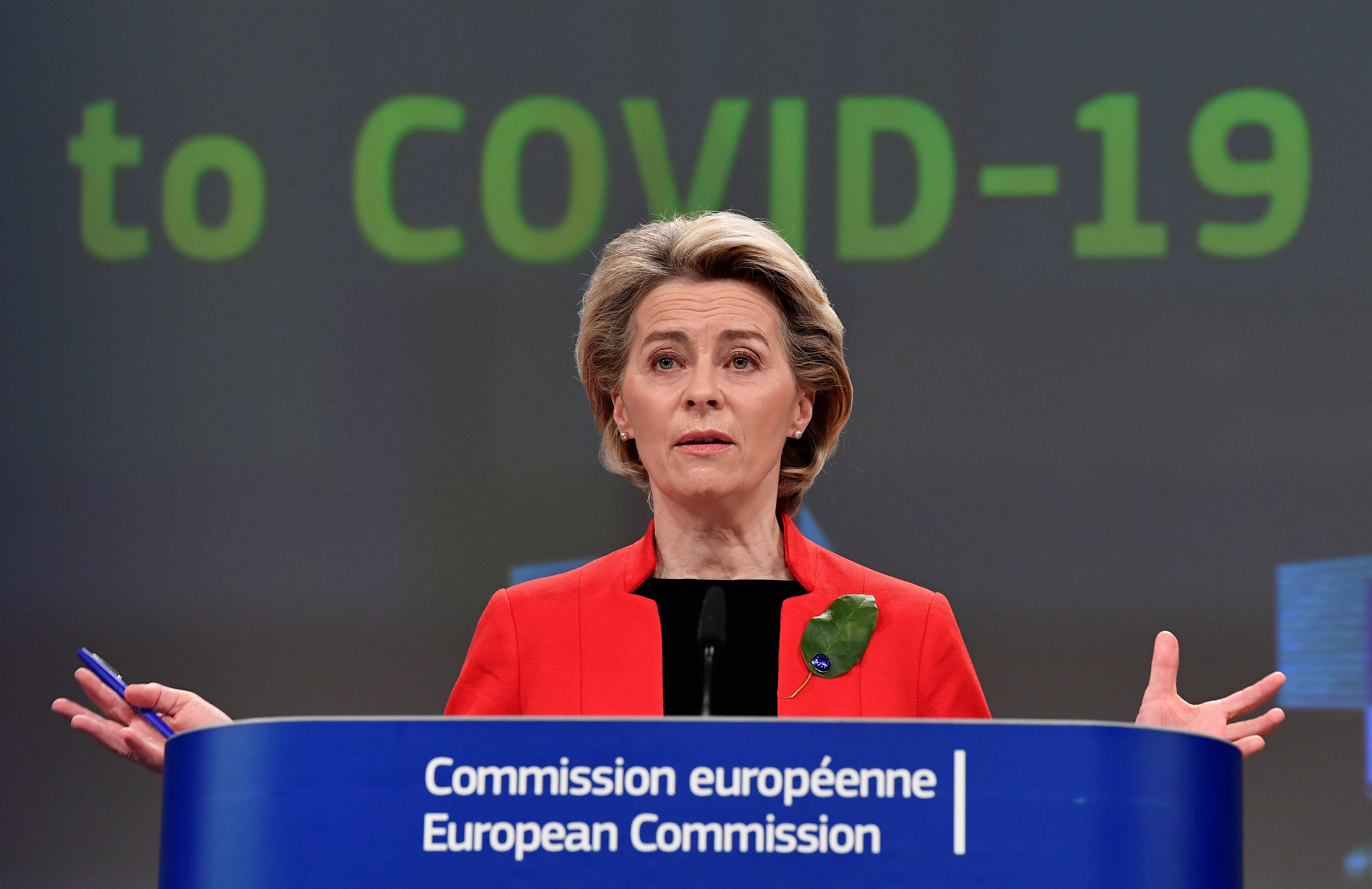 They have expanded the scope of their powers to target countries that they feel aren't treating the bloc "fairly".

But some counties including Germany, Ireland, and the Netherlands are worried about starting a vaccines war with Britain.

The EU has had export ban powers in place since late January, but up until now it could only hit companies failing to fulfil their contracts with the bloc.

That has now been widened so the Commission can block shipments to states like the UK which are faring better on vaccinating their populations.

Brussels has repeatedly complained that it has exported 10 million jabs to Britain, mostly of the Pfizer jab, without receiving any in reply.

They say the UK plays a crucial role in providing the continent with raw materials and has ploughed millions into developing new shots.

The new EU law takes aim at "countries which have a large production capacity of their own" but "restrict their own exports to the Union".

In a reference to Britain it says this can be "either by law or through contractual or other arrangements concluded with vaccine manufacturers."

Eurocrats complain: "This imbalance leads to shortages of supply within the Union." 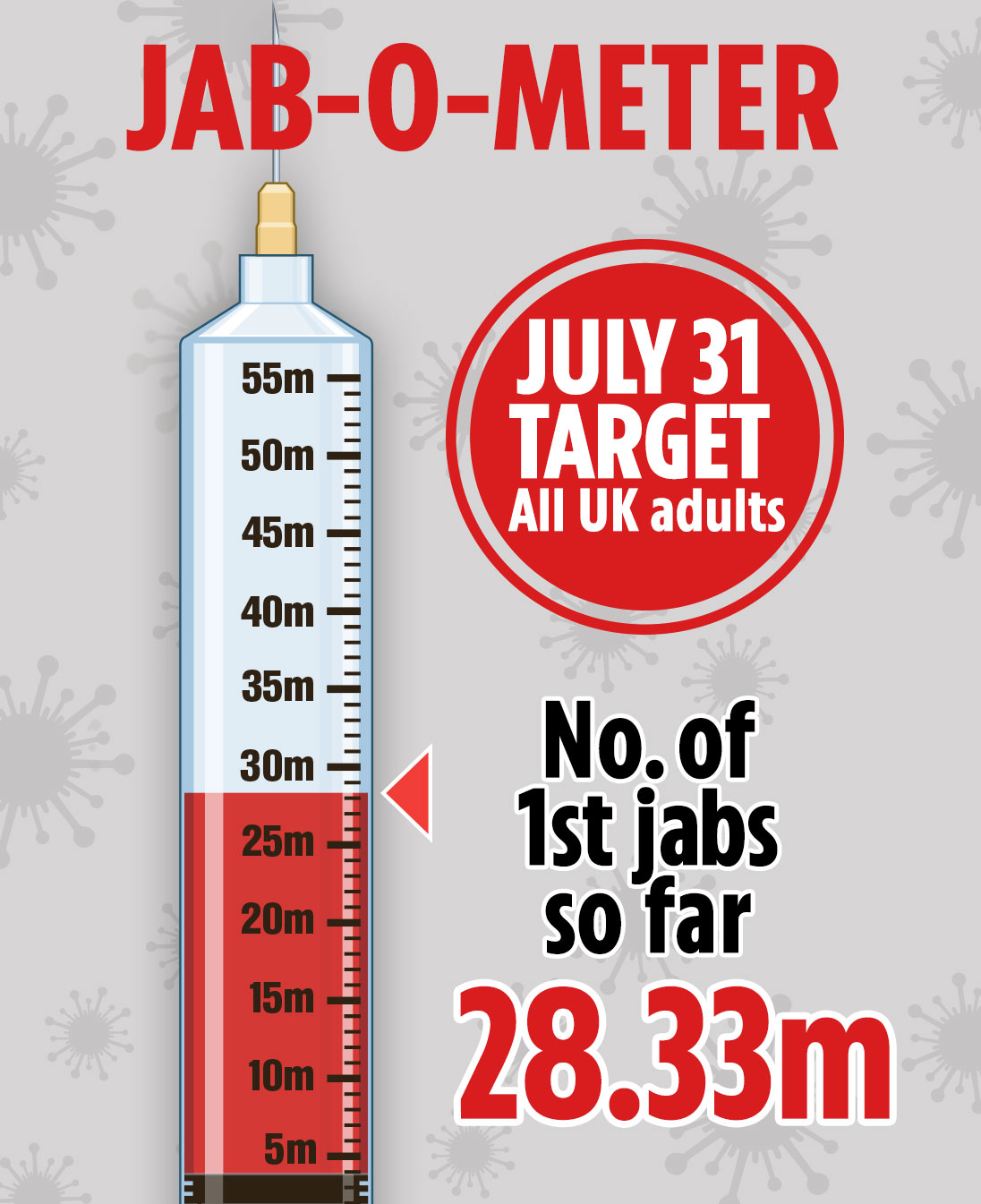 Brussels has claimed that the UK's contract with AstraZeneca, which gives us first dibs on the vaccine, amounts to a "de facto export ban".

Shipments may also be blocked to countries "which have a higher vaccination rate or where the current epidemiological situation is less serious".

For these countries, the regulation states: "Member States should refuse export authorisations accordingly."

Top eurocrat Valdis Dombrovskis added: "The EU still faces a very serious epidemiological situation and continues to export significantly to countries whose situation is less serious than ours, or whose vaccination rollout is more advanced than ours."

An EU official said: ""What we put on the table is something very defendable. The question is how to ensure the fairness.

"If you don’t have cases in a given country, why do you need a lot of vaccines now?

"If you have a high vaccination rate why do you need vaccines going there while in other places in the EU there is a lack?"

They added: "The UK has a prioritisation in place, that means there are no doses coming to Europe from the UK right now.

“If you look at the look at the global picture, you see that the de-facto export bans are in place.”

So far Brussels has only blocked one delivery – of 250,000 AZ doses to Australia – out of more than 300 export requests.

EU officials insist the new measures shouldn't be described as an export ban.

The move will heighten tensions with Britain at a time when Boris Johnson and Angela Merkel are trying to head off a full-blown vaccine war.

Yesterday the PM suggested he wants to reach a compromise with European countries as Germany's leader ruled out a siege on British supplies.

He said: "We don't believe in blockades of any kind of vaccines or vaccine materials. That's not something this country would dream of engaging in.

"We’ll continue to work with European partners to deliver the vaccine rollout." 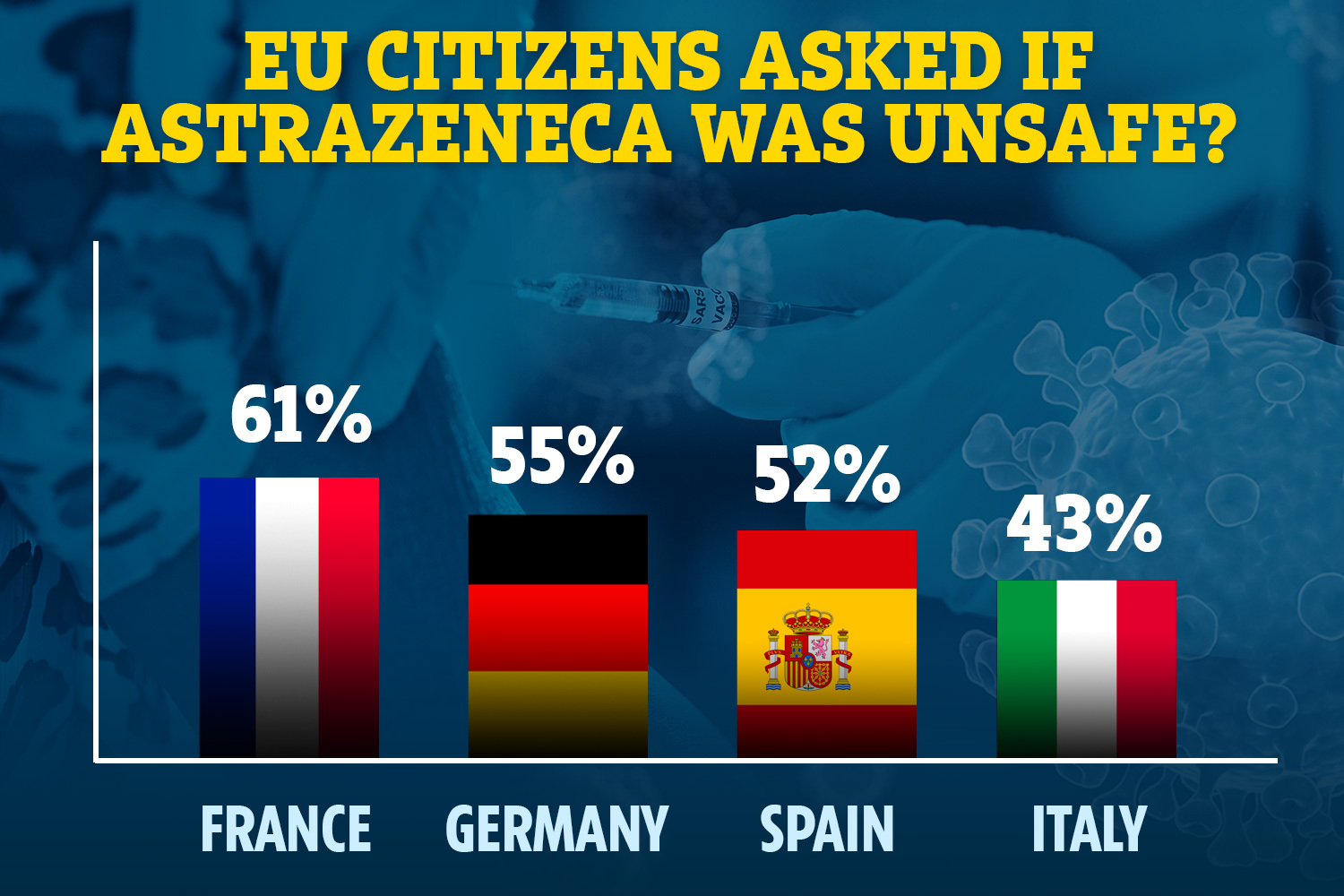 Boris said he was "encouraged" by the attitude of EU capitals towards finding a solution.

And he didn't rule out sharing jabs from an AstraZeneca plant in the Netherlands.

Berlin doesn't want to throw our vaccines rollout off course.

But she backed chief eurocrat Ursula von der Leyen to carry out a targeted crackdown on AZ shipments heading our way.

And France also vowed to "block exports to the UK" of the Oxford jab if its maker doesn't switch production to favour the EU.

Europe minister Clement Beaune said: "We want to avoid that AstraZeneca doses produced in Europe go to Britain when we're not receiving anything."

Brussels wants the Anglo-Swedish firm to divert almost all production at its Dutch plant, which can churn out five million vials a month.

Eurocrats are arguing they need the vast majority of the jabs made there because their rollout is going so much worse than the UK's.

No 10 has dispatched top diplomat Sir Tim Barrow to try and broker a solution.

Talks are focussing eurocrats' demands for "reciprocity" across the production and supply of vaccines.

The EU complains it has exported 10 million doses to the UK – mostly Pfizer ones from Belgium – without receiving any in return.

But that will be weighed against Britain's role providing raw materials for the Pfizer jab and funding the AZ shot to the tune of £88m.

An EU Commission spokesman said: "This is not about I give you one dose, you give me one dose. That would be a bit absurd."