Even the most remote regions of the world aren’t escaping the ravages of the warming climate, but what happens in Greenland isn’t staying in Greenland.

Ice melt taking place as a result of warming temperatures over the island’s ice sheet has become a “major” contributor to rising sea levels, a group of scientists reported in a study published Wednesday in the Springer Nature Portfolio journal.

They looked at temperatures over the ice sheet in central-north Greenland between 2001 and 2011 and found the decade was the warmest in the past 1,000 years, said Maria Hörhold, a study author and glaciologist at the Alfred Wegener Institute for Polar and Marine Research in Germany.

The likelihood that temperatures the researchers observed would have occurred under pre-industrial conditions is “almost zero,” the study found.

Human-driven “global warming has reached the top of the ice sheet,” Hörhold said.

IN GREENLAND: New population of polar bears hanging on despite rapidly changing climate 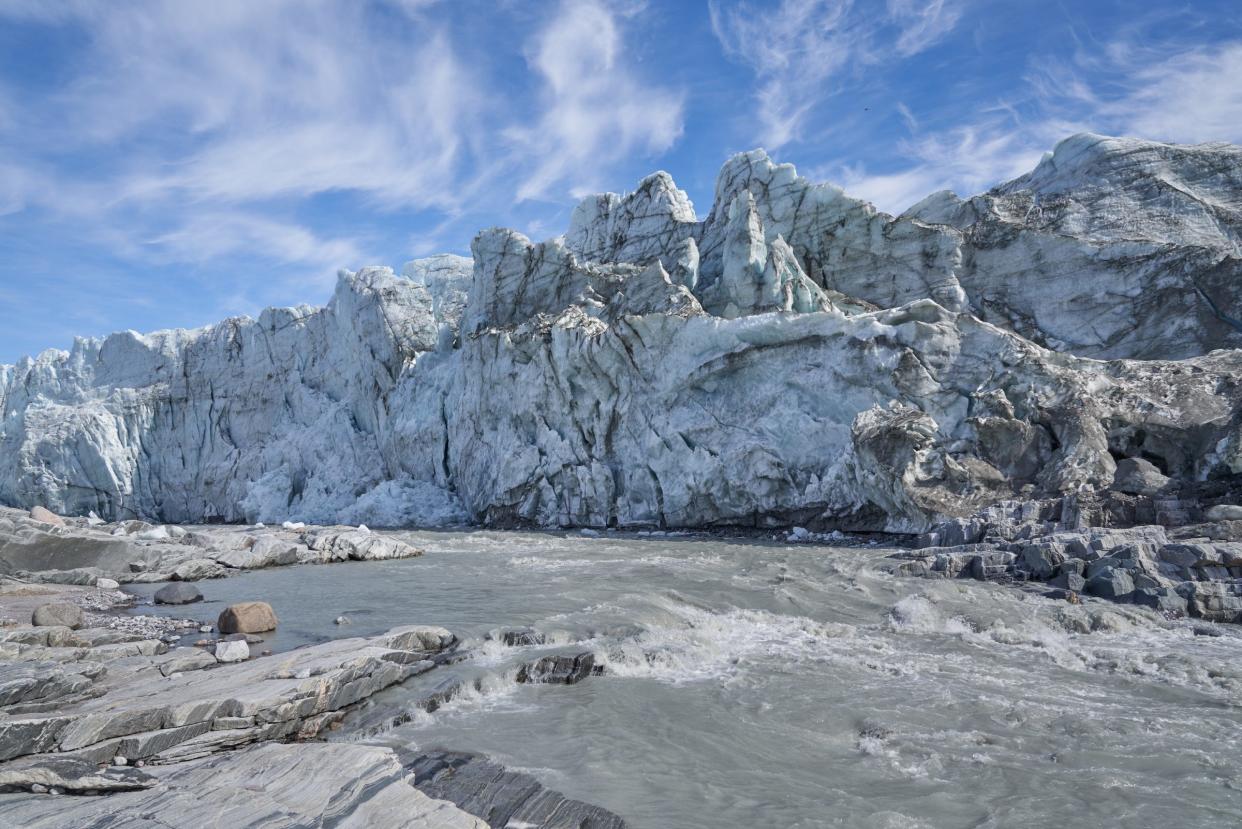 What to know about rising sea levels

The shrinking and melting of Greenland’s ice sheet over the past decade — driven by hotter summer temperatures — is likely unprecedented over 1,000 years, authors said.

The summer melt expands to higher elevations as temperatures warm, indicating an increased number and intensity of large-scale melt events that are likely to continue, the authors said.

“An increasing mass loss of the ice sheet is expected,” they said.

Greenland’s ice sheet plays an important role in the global climate system, storing a huge amount of water, Hörhold said. If unmitigated carbon emissions continue, she said the ice sheet is projected to contribute up to 19 inches of global mean sea level rise by 2100.

Other effects of climate change in the Arctic

The new study reflects similar findings from recent studies in Greenland and the Arctic. In December, the Oceanography Society published a special report on the Arctic, with articles by researchers working throughout the region.

In the new Greenland research, the scientists found temperatures in the study area were 2.7 degrees Fahrenheit warmer on average than during the 20th century.

If that figure sounds familiar, it’s the same temperature increase — 1.5 Celsius — world leaders pledged to avoid when signing the Paris treaty in 2015.

While the rest of the planet looms ever closer to that global average increase, the study reported temperatures over central-north Greenland have been there for more than a decade.

The new study plugs an important gap in knowledge, showing that Greenland is hotter than at any time in the past 1,000 years, said Andrew Shepherd, director of the Centre for Polar Observation and Modelling at the University of Leeds in England.

“But the ice cores that are used in this study were collected more than a decade ago, and temperatures have risen even more since then,” Shepherd said. “It’s a timely reminder that even the coldest parts of our planet are not isolated from the effects of global heating, and of course the impacts in this case will arrive at our doorsteps immediately as sea levels rise.”

Why there’s reason to be hopeful

“All data point to that trend continuing,” said Briner, a geology professor at the University of Buffalo. “This is frustrating because humanity controls the knobs.”

Dinah Voyles Pulver covers climate and environment issues for USA TODAY. She can be reached at [email protected]