That was the advice repeatedly screamed to a person who was filmed running away from a charging bison while visiting Yellowstone National Park.

In the terrifying clip, which was shared to YouTube last week and has since racked up nearly 300,000 views, two bison are seen standing together before they begin charging two guests who are running for their lives. However, one of them trips and falls onto the grass.

Bystanders standing behind the person recording scream in terror as the bison continues charging toward the visitor who is now lying flat.

Unbelievably, however, the wild animal stops and instead just appears to smell.

Those watching scream for the guest to “play dead” as the bison continues to sniff her for several seconds, until it eventually runs away. She gets up and calmly walks away with the person she had been running with earlier. She did not appear to be injured. 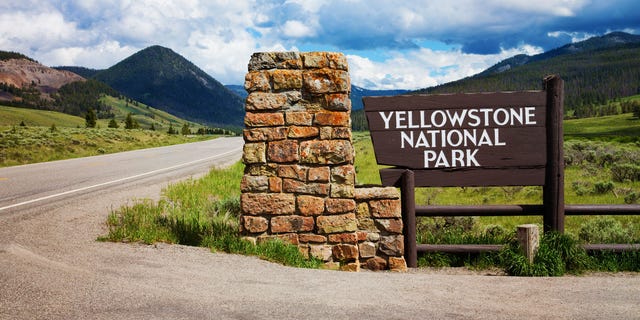 Guests are warned from getting too close to the bison while inside the park, which are wild and known to charge
(iStock)

The video was shared Friday, but it was not revealed what day this particular incident took place.

According to the publication Cowboy State Daily, the incident occurred at Nez Perce Creek.

Guests are warned about getting too close to the bison, which are wild and known to charge. 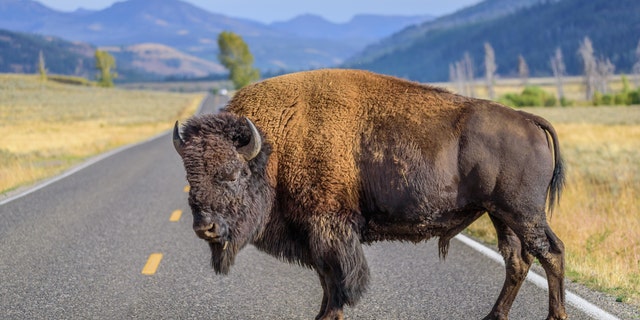 Last month, a visitor at Yellowstone National Park was gored by a bison after getting too close in an attempt to take a photo.
(iStock)

“Bison have injured more people in Yellowstone than any other animal,” the National Park Service writes on its website, noting all guests should stay at least 25 yards away from the animal, which can run three times faster than humans.

Last month, a visitor at Yellowstone National Park was gored by a bison after getting too close in an attempt to take a photo.

In May, two days after the park opened after being closed due to the coronavirus pandemic, a visitor was injured by a bison after also approaching the wild animal too closely.