One person has been killed and at least two others injured after a gunman opened fire at a cafe in Belgium.

Two people, believed to have been father and son, have been arrested and a weapon has been seized after shots were fired at a Turkish cafe in Antwerp, Belgium, according to media reports.

Police officers have cordoned off a large area around the scene of the shooting in the Brederodestraat area. 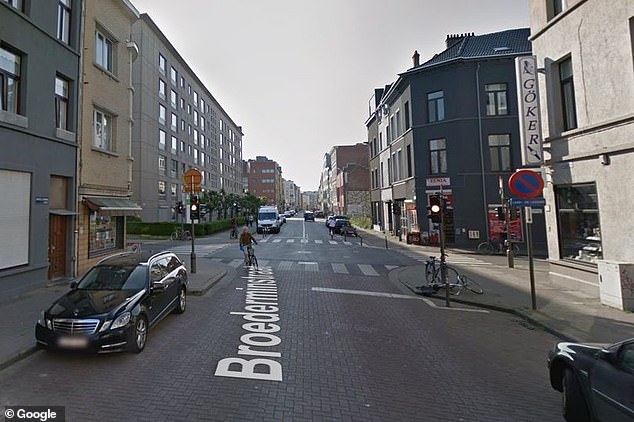 The shooting took place outside of a Turkish cafe on the Brederodestraat in Antwerp, Belgium

No motive has yet been shared for the shooting.

Local reports said that the victims were gunned down on a pavement outside the cafe, with two men shot first and a passerby also being caught in the hail of bullets.

There have been tensions between Turkish and Kurdish communities in that neighbourhood of Antwerp, Belgian media reported, although it is unclear if that contributed to the shooting.

Footage from the scene shows heavily-armed police wearing masks and helmets near the cage.

Three people were wounded in the shooting and rushed to hospital, with one later dying of their injuries.

The victims’ family members later arrived at the scene as police carried out an investigation.