RUSSIA has recorded the world's first-ever human infection of a mutant strain of bird flu – but says there's not yet any sign of transmission.

The highly-infectious H5N8 virus was found to have leapt to people working at a poultry farm in the south of the vast country. 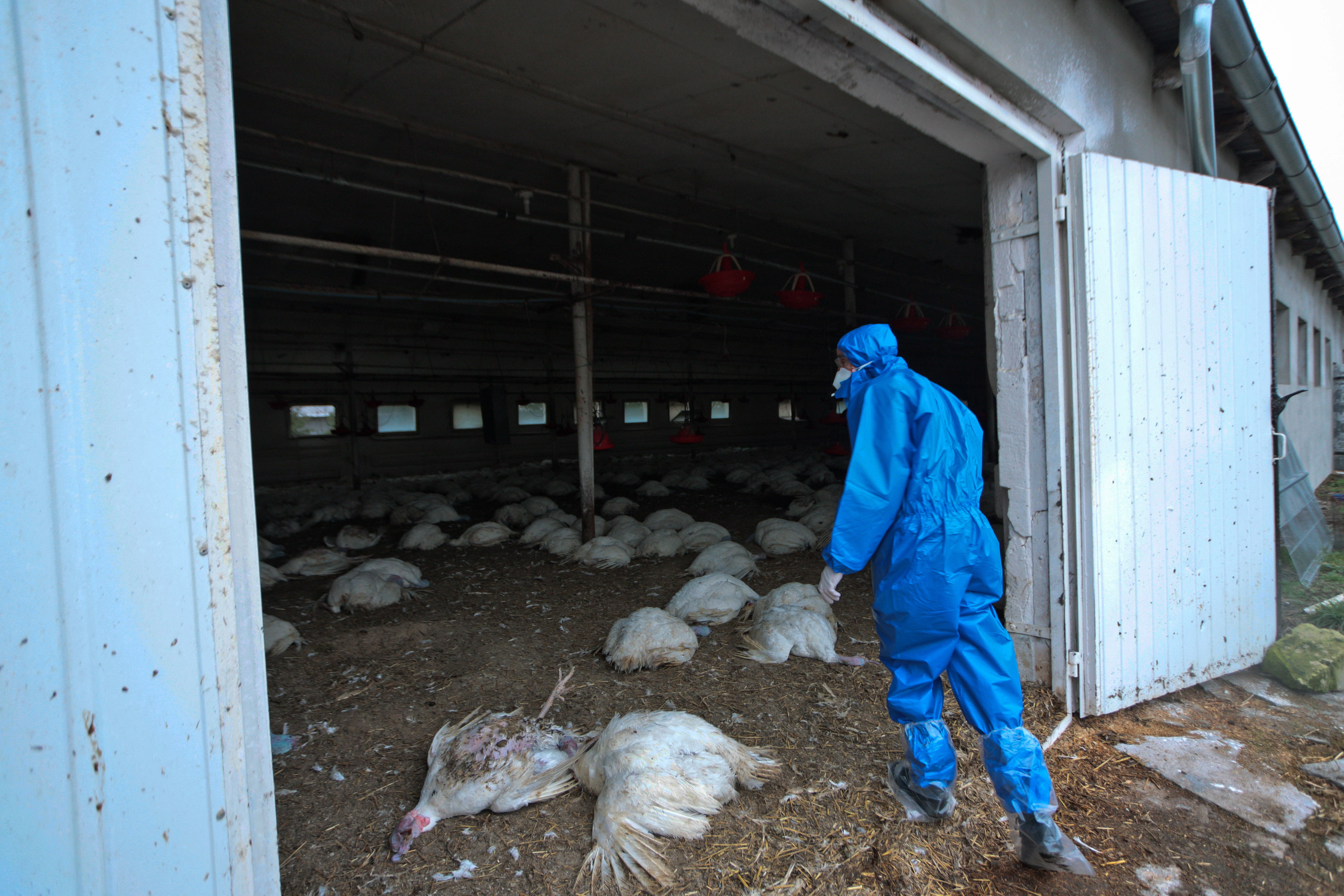 Scientists say seven people were found to be infected in December.

It's the first time the strain of avian influenza, which is deadly to birds, has been identified in humans.

Moscow today announced it has informed the World Health Organisation about the jump of the virus from birds to humans.

Officials at the European Food Safety Authority detected the H5N8 strain in poultry in the UK in December.

Hundreds of thousands of birds, including turkeys, were slaughtered in a bid to stall the spread of the virus.

The super-infectious disease has an avian mortality rate of up to 100 per cent.

Outbreaks of H5N8 in poultry farms have been reported across Europe.

Anna Popova, head of Russian consumer health watchdog Rospotrebnadzor, said the country reported the cases to WHO "several days ago", when scientists were "absolutely certain" of the results. 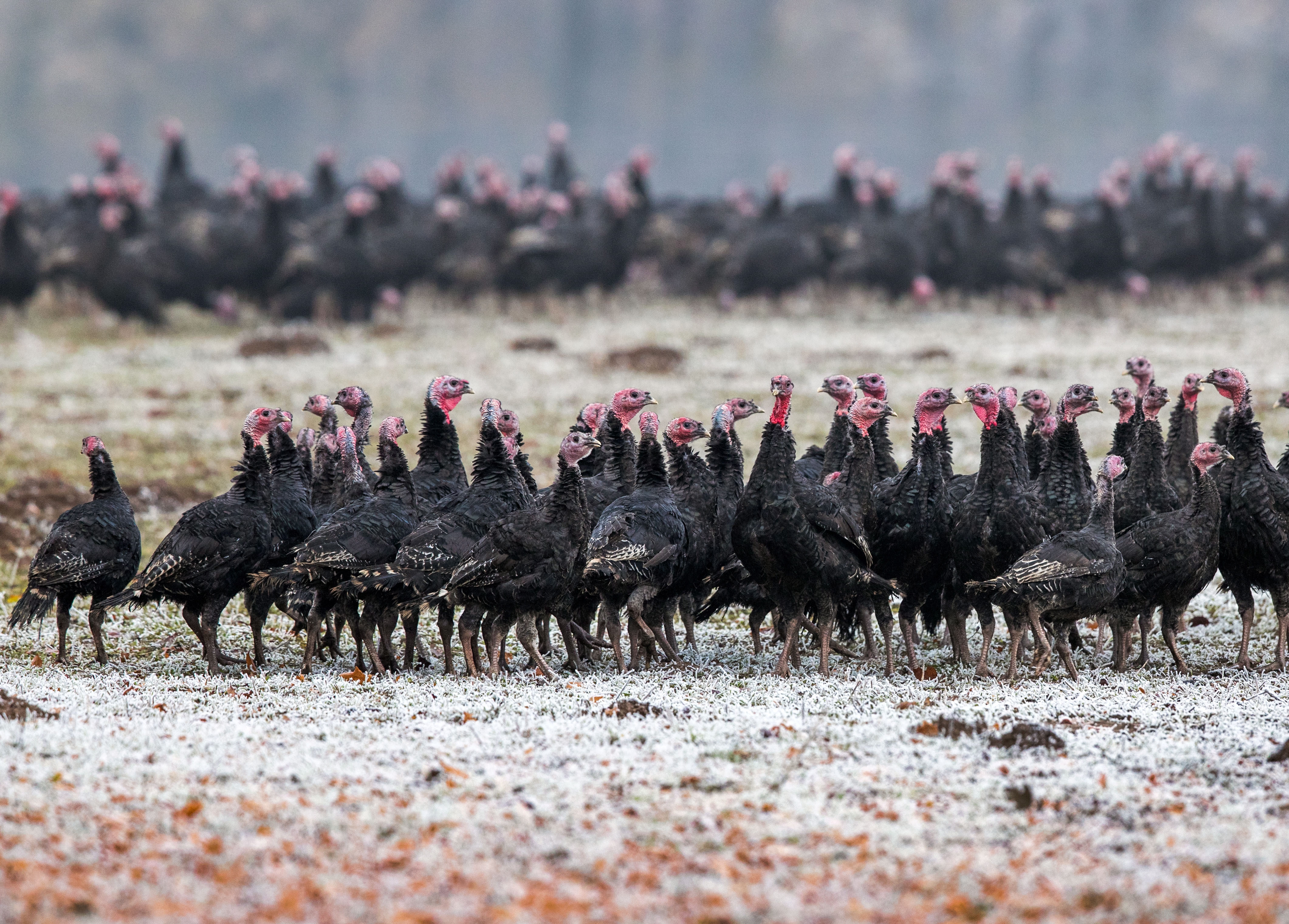 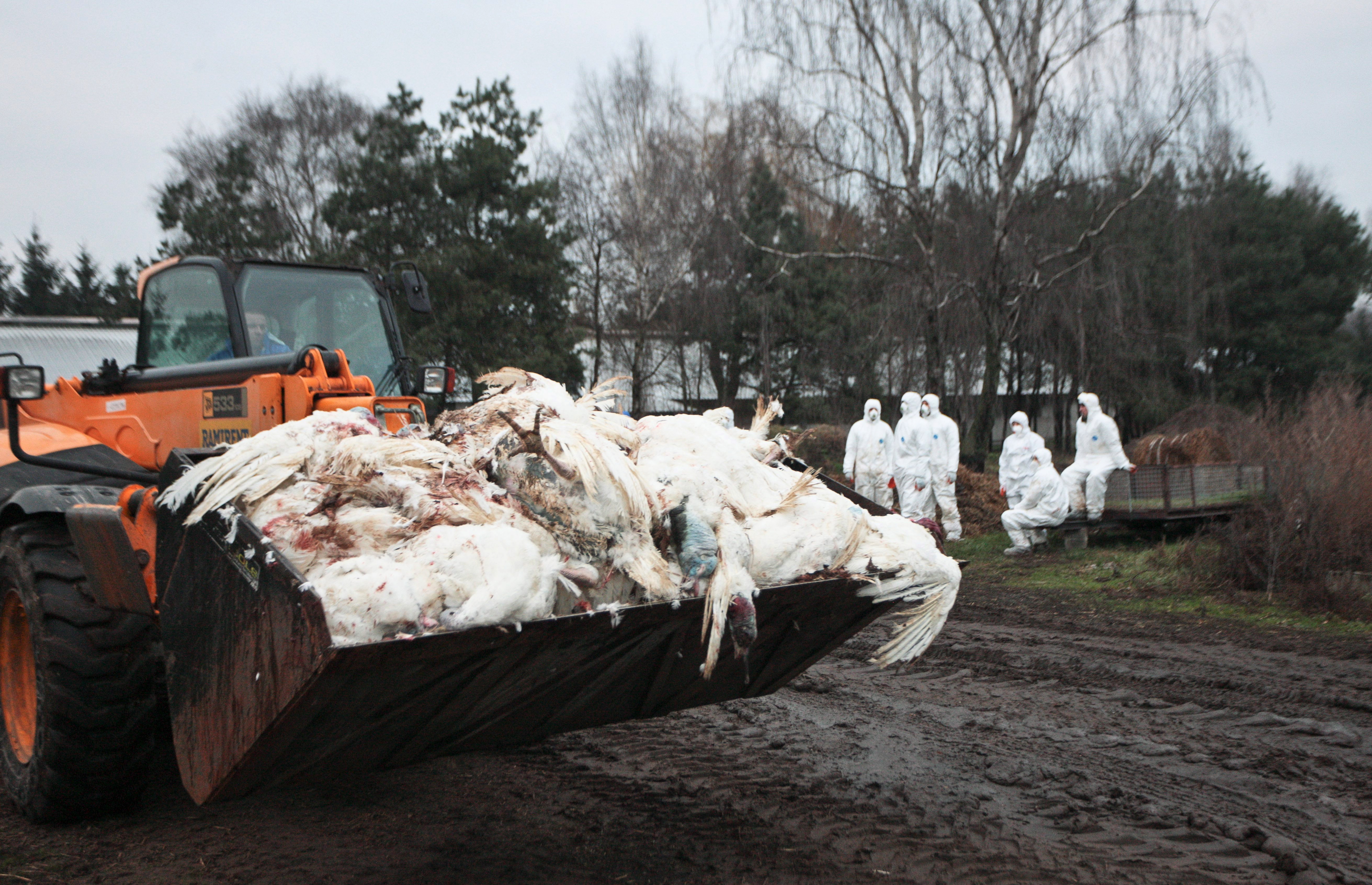 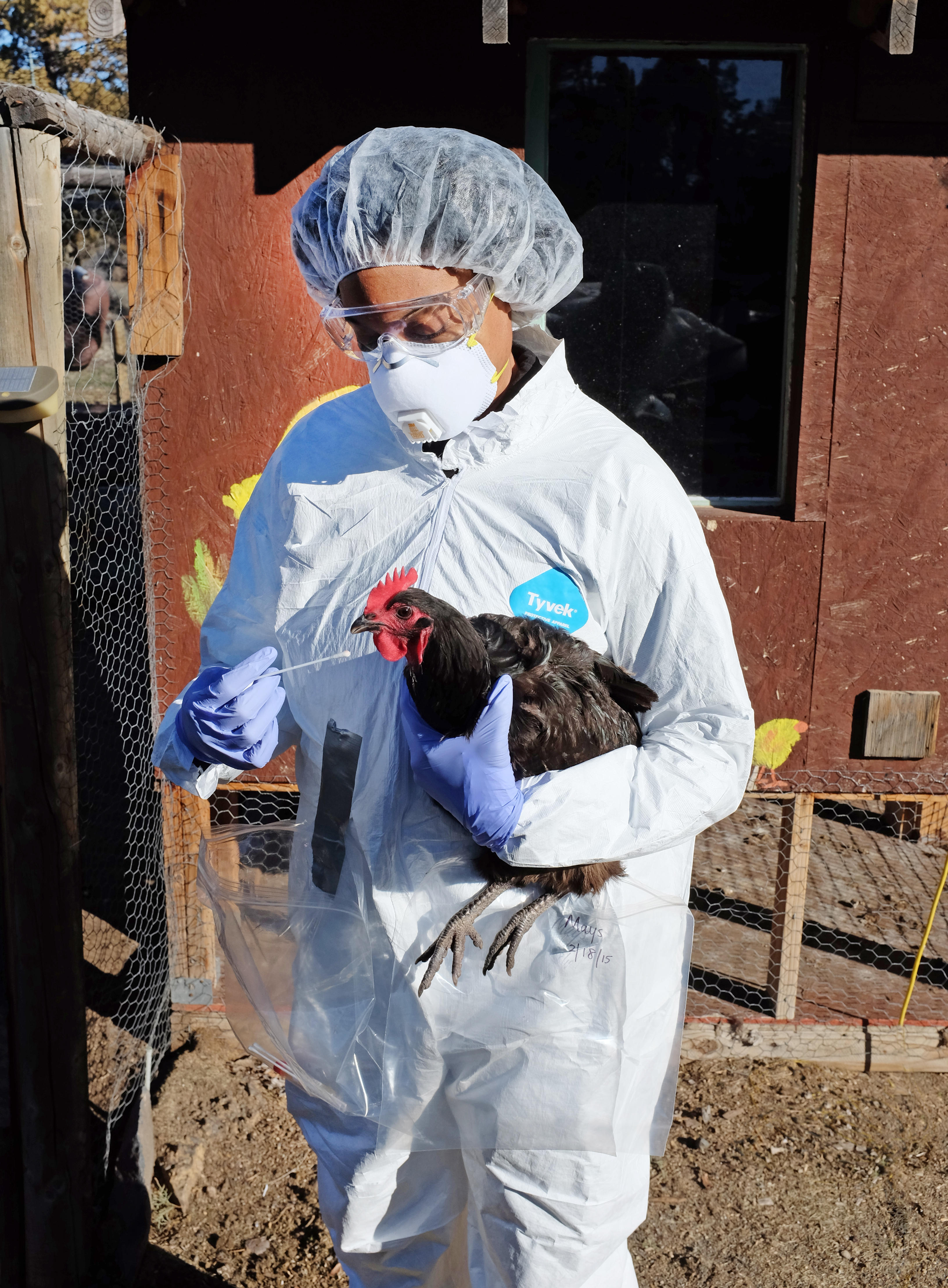 She told Rossiya 24 state TV there's no sign of transmission between humans.

However, another strain of bird flu – H5N1 – has been known to spread to people.

All seven workers at the poultry plant have recovered, Ms Popova said, adding: "The situation did not develop further."

But she warned "time will tell" if the virus can mutate further.

"The discovery of these mutations when the virus has not still acquired an ability to transmit from human to human gives us all, the entire world, time to prepare for possible mutations and react in an adequate and timely fashion," she said.

According to the WHO, people usually get infected through direct contact with animals or contaminated environments, and there is no sustained transmission among humans.

An expert has warned the world is at risk of a pandemic worse than Covid and “on the sale of the Black Death”.

Deadly microbes which have jumped from animals into humans could "kill tens of millions of people", environmental writer John Vidal says.

He says that governments must face up to "the nightmare scenario" of new diseases – or a new, more lethal strain of an older one – emerging "which is as contagious as measles, and as deadly as Ebola".

And Delia Grace Randolph, co-leader of animal and human health at the International Livestock Research Institute in Nairobi, said a new wave of diseases spread between animals and people could be especially deadly.

She said the worst is "possibly yet to come".

Ecologists at University College London report that, since 1940, 335 new and potentially fatal diseases have emerged globally.

More than 200 are zoonoses – viruses, bacteria, parasites, fungi and prions which occur naturally in wild and domesticated animals but are jumping species to hit humans.

H5N1 in people can cause severe disease and has a 60 per cent mortality rate.

Avian flu has taken hold of bird populations in a number of European countries including France, where hundreds of thousands of birds have been culled to stop the infection.

The European Food Safety Authority has been tracking the spread of the H5N8 virus across the continent.

Officials found the new virus in poultry in Poland in December 2019.

Within three months, the virus had spread across the Czech Republic, Germany, Hungary, Slovakia and Romania.

Between March and June 2020, the disease spread to Bulgaria.

By the end of October, it had been detected in wild birds in the Netherlands, and between October and December, it was also confirmed in poultry in Croatia, Denmark, France, Ireland, Germany, the Netherlands, Poland, Sweden and the UK.

Some 14,000 turkeys were slaughtered earlier this month in the German state of Brandenburg after they were infected with the strain.

Sweden planned to cull around 1.3 million chickens after bird flu was found on a farm in the country, Sweden's Board of Agriculture said.