Haileybury, which promotes itself as one of the most entrepreneurial schools in Australia, has applied to launch a private online school, priced lower than its face-to-face model. 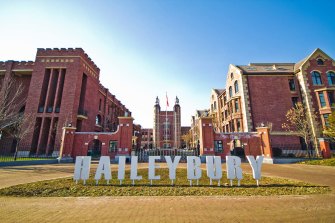 The proposed online school, called Haileybury Pangea, is yet to be approved by the school regulator but is being advertised on social media.

Haileybury, which has about 6000 students across six sites, first thought of a digital school four years ago but began serious work on the concept in 2020, when the pandemic prompted long periods of remote learning.

Its proposed online school will be targeted at a variety of students, such as those who enjoy remote learning, rural and regional students, including those who moved during the pandemic, school-aged professionals, such as athletes or actors, and students travelling with their families.

The online school will be open only to Victorian residents, and parents will be required to supervise. New and existing teachers will take the classes from Haileybury’s Keysborough site.

Haileybury is the state’s largest school and one of its most expensive, charging more than $34,500 for year 12. The online school will be considerably cheaper than the bricks-and-mortar school, with experiences such as camps excluded from the cost.

The prices will be keenly watched by many private schools, which were forced during remote learning to consider how much lessons were worth when they were unable to provide access to their buildings and extracurricular activities. Some schools offered discounts in 2020 and 2021, while others froze fees after years of above-inflation increases.

Online students will have access to the school’s mental health services, but sport will not be offered. Students will wear a more relaxed uniform including a polo top rather than a blazer.

Julie Sonnemann, education lead at consultancy Impact Economics and Policy, said it was a good time to be exploring technology in schooling as both teachers and students had learned a lot during COVID-19 remote schooling. 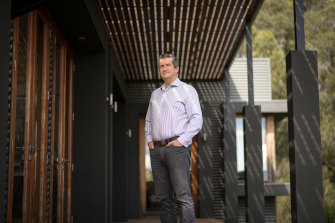 She said online schools provided an important option for students with unique needs, but one obvious challenge was developing students’ wellbeing and interpersonal skills.

“Schooling is about more than just academics, and students need to feel connected to their school community,” Sonnemann said.

Government-run Virtual Schools Victoria, formerly known as Distance Education Centre Victoria, is the only online school in the state. It enrols close to 4750 primary and secondary students who are unable to attend full-time mainstream schooling or who are unable to access the VCE subject of their choice at their school.

Homeschooling and students refusing to go to school have increased since the pandemic began.

Mohan Dhall, co-founder of the Australian Tutoring Association, said online schooling tended to appeal to about 10 to 20 per cent of students, and the main challenge was ensuring the same quality and supervision as face-to-face learning.

“It isn’t the same as reading to someone in a group or pairing in a natural environment,” he said. “It’s nowhere near a real-life experience.“

If approved, the Haileybury school will provide online lessons in individual subjects, one-week holiday programs in literacy and numeracy and full-time classes for students from years 5 to 12.

The Victorian Registrations and Qualifications Authority confirmed it had received an application from Haileybury. It’s unclear when a decision on its approval will be made.

Haileybury has four sites in Melbourne – Brighton, Berwick, Keysborough and the CBD – plus schools in Darwin and China.

Its latest annual accounts showed it posted a $20.7 million surplus in 2020, thanks to government COVID-19 support and increased enrolments.

The school offers a “parallel education model”, in which boys and girls attend school together but are mostly separated into single-gender classrooms from grade 5 onwards.

Last year, Haileybury Girls College topped the state for VCE results, with a median study score of 37 out of 50 and 37.2 per cent of students’ individual study scores at 40 or above.

Sonnemann said Haileybury had an “excellent teaching program so if anyone can make online schooling work well they are well-placed to do so”.

With Adam Carey and Craig Butt