Getting Dover ready for a no deal Brexit would take more than two YEARS, Philip Hammond warns with just 114 days until exit

Getting Dover ready for a no deal Brexit will take more than two years, Philip Hammond warned today with 114 days left until exit day.

The Chancellor said just getting the necessary planning permission for a radical overhaul of the Channel port in two years would be a challenge – let alone rebuilding it.

Mr Hammond’s comments will infuriate Brexiteers who have long complained Britain was never sufficiently ready for a no deal Brexit to properly negotiate with Brussels.

In evidence to the Commons Treasury committee today, Mr Hammond warned MPs of the dangers of voting down the Brexit deal on Tuesday night.

The Chancellor told the committee the economic cost of a smooth Brexit was worth it but an outcome that ‘left the country divided’ would be economically devastating.

He also confirmed the Spring Statement would be made before exit day March 29. 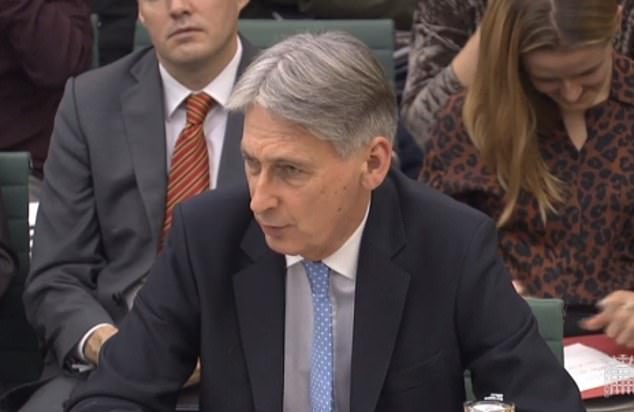 Getting Dover ready for a no deal Brexit will take more than two years, Philip Hammond (pictured today at the Treasury committee) warned today with 114 days left until exit day 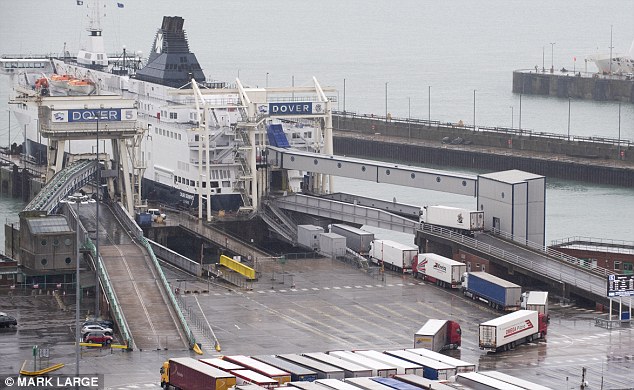 MPs on the committee demanded to know why more was not being done to prepare Dover for the possibility of a no deal on March 29.

There have been grim warnings of food and medicine shortages if new customs barriers are suddenly erected because there is no deal and no transition period.

But Mr Hammond said even if a reconstruction had been started after the referendum in June 2016 Dover still might not be ready.

He said: ‘Years, not months, would be needed for Britain’s ports to be ready to handle the customs and regulatory checks required under the standard World Trade Organisation terms favoured by some Brexit supporters.

‘To be very frank with you, the planning system might struggle to approve such significant infrastructure changes in two years, let alone get them built.’

The Chancellor urged MPs to back Mrs May’s deal in the Commons next week, warning the alternatives of a no deal or no Brexit would be very damaging.

He said: ‘Any solution which left the country divided, left a large segment of the population feeling betrayed, in my view, would have a negative political impact and societal impact that would far outweigh the very small economic impact that the White Paper scenario is showing here.’ 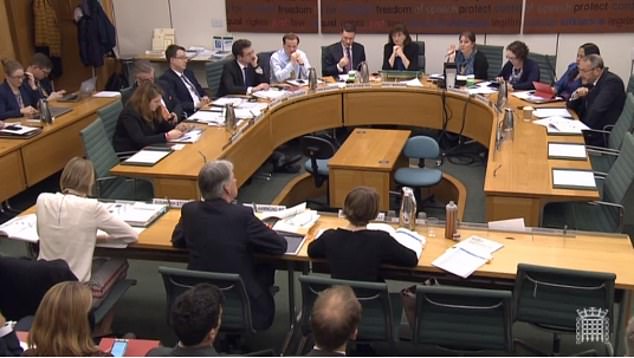 In evidence to the Commons Treasury committee today (pictured), Mr Hammond warned MPs of the dangers of voting down the Brexit deal on Tuesday night

A government economic analysis last week showed a similar plan would cause only a small amount of damage compared with staying in the European Union, while a ‘no deal’ Brexit would deal hurt growth more.

Separate Bank of England analysis showed Britain’s economy suffering greater short-term damage than during the financial crisis, if it left without a temporary deal to preserve existing EU trade arrangements.

The BoE would probably expect the government to step in to provide fiscal stimulus in this situation, due to its inability to cut interest rates at a time when sterling would be sliding and inflation pressures mounting, Mr Hammond added

He said no deal would be a decade-long adjustment for the UK.