Hard to swallow! Moment lucky sea lion escapes death as humpback whale scoops him up in mighty jaws… only to spit him out for being too big

Amazing photos show the moment a lucky sea lion is almost swallowed up in the jaws of a humpback whale.

While swimming in Monterey Bay, California, the daring sea lion was swept up with gallons of water in the filtering jaws of an ocean giant.

The male sea-lion, thought to weigh around 400lbs, seems as if he’s a few seconds away from death as the whale’s throat closes in.

Three humpback whales were spotted in a feeding frenzy on massive shoals of tiny anchovies when the sea lion got accidentally scooped up.

Humpbacks hunt by opening their huge mouths and swallowing and filtering up to 500 gallons of fish-filled water. 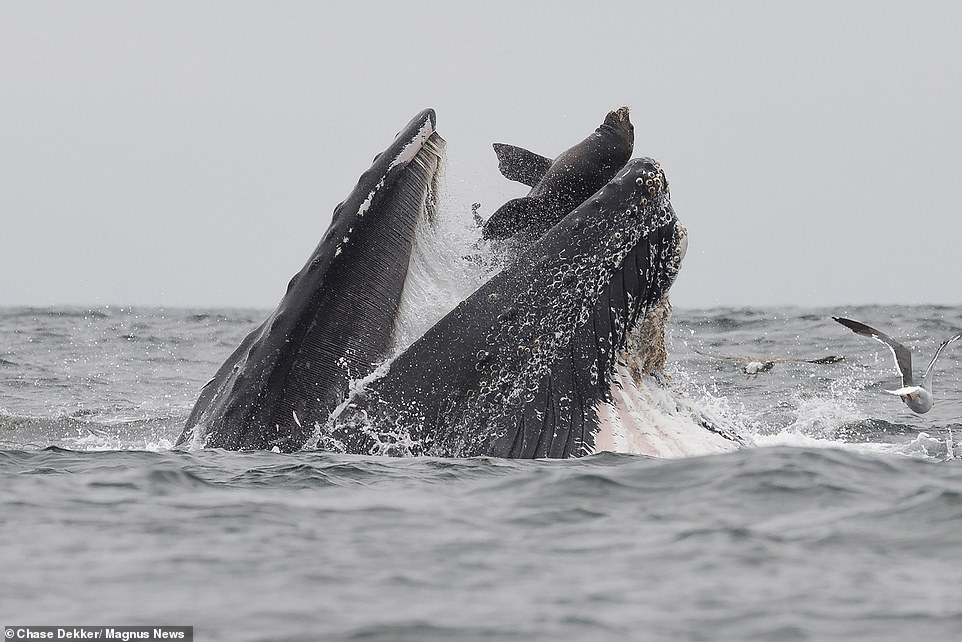 The moment a clumsy sea lion was almost swallowed by a humpback whale during a feeding frenzy for anchovies in Monterey Bay, California

With jaws closing around him, the photo shows this sea lion appearing to realise he’s not moved out of the way fast enough.

Luckily the male marine mamma – which some have dubbed Jonah – survived the encounter as a whales throat is actually only as wide as a melon.

Wildlife photographer Chase Dekker, 27, who is also a guide and naturalist, captured this once-in-a-lifetime photo on Monday in Monterey Bay, California.

Chase said a humpback swallowing a sea lion like this had never been recorded on camera before.

He said: ‘Typically when the whales lunge feed at the surface, they close their mouth almost immediately to trap the fish as they sink back down into the sea.

‘This whale kept its mouth wide open the whole way down as I am positive it felt the sea lion bumbling around its mouth.

‘As the humpbacks expand their throat pleats, they can gulp between 300-500 gallons of water and fish at a time.’

It is not unusual for killer whales to eat sea lions however it is much more unusual for a humpback whale to kill such a large animal, as they usually only eat small fish. 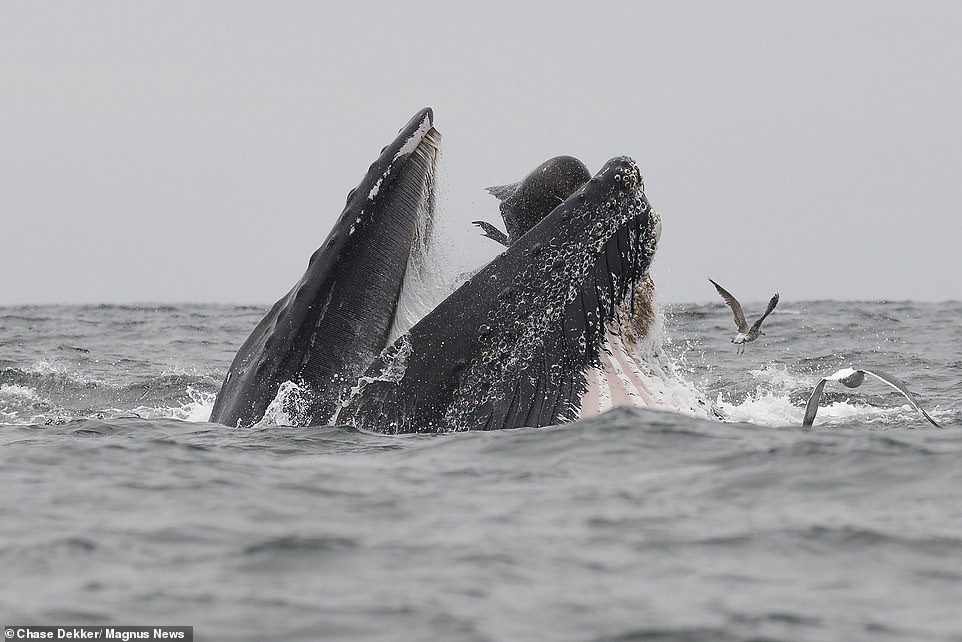 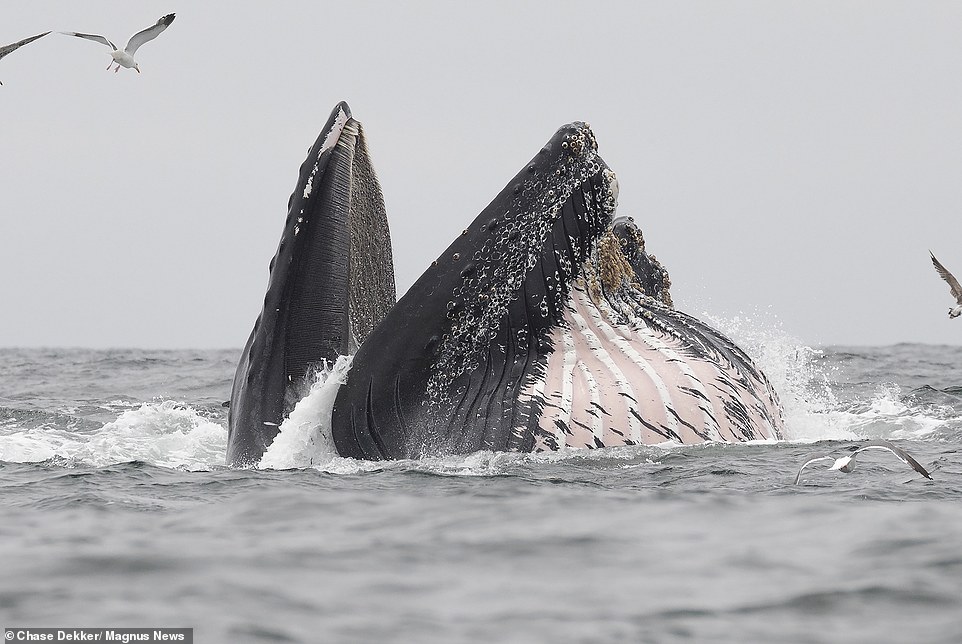 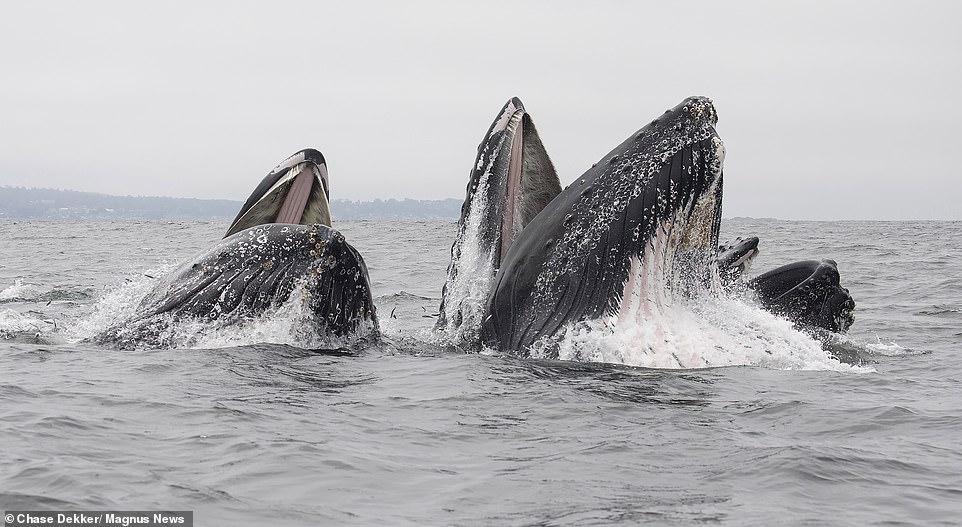 Wildlife photographer Chase Dekker, 27, who is also a guide and naturalist, captured this once-in-a-lifetime photo on Monday in Monterey Bay, California