Harvey Weinstein’s lawyers have asked for a $45m lawsuit against him to be paused because the ‘weight is too much to bear’ for the disgraced movie mogul.

The former producer, 67, is being sued by AI International Holdings for a loan which it gave to his company last year but hasn’t received back, reports the New York Post.

Now lawyers are claiming the pressure of an upcoming criminal trial for suspected rape and recovering from a recent back operation is too much for Weinstein.

It comes after he said he was a ‘forgotten man’ in an interview and amid claims that he’s been faking frailness in court, by using a walking frame, to win sympathy. 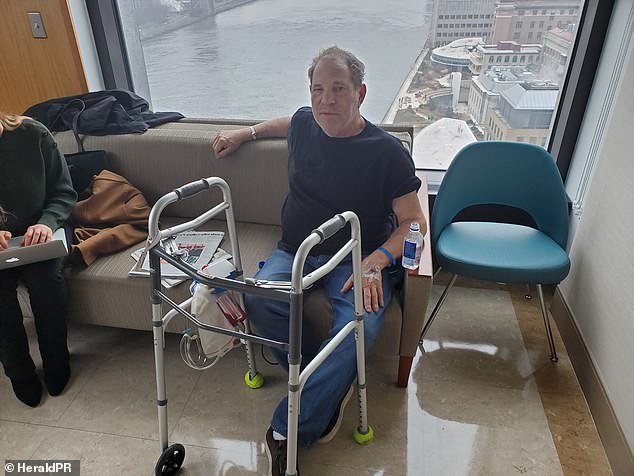 In a letter written by lawyer Imran Ansari to a judge, it was said that the ‘weight’ of multiple legal proceedings and dealing with health problems was ‘too much’.

It read: ‘Already encumbered with preparation for his impending criminal trial, coupled with the pain of orthopedic injuries causing significant ambulatory issues and requiring surgery, the weight is too much to bear all at once for Mr. Weinstein.’

Last week Weinstein had surgery on his back after being injured during a car crash in August.

Before this he was seen hobbling into court for a bail hearing looking distinctly more frail and unsteady on his feet than in months past. 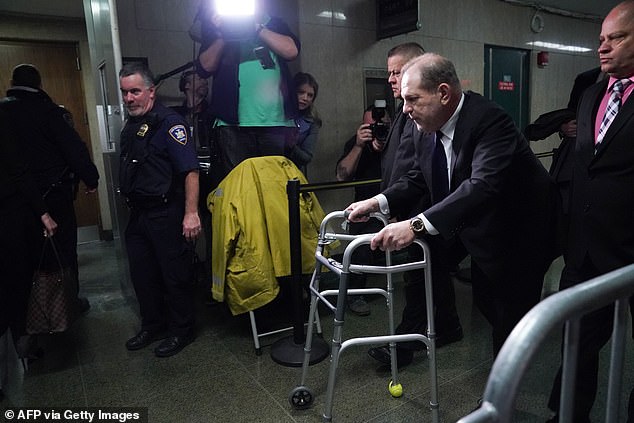 On December 10, his attorneys told Court TV they were ‘dismayed’ by the suggestion his fragility might have been an act and said the media had ‘incorrectly stated’ as much.

Attorney, Donna Rotunno added that the former producer had been using a walker to assist him as the back pain had increased.

After his court appearance, she also brought up his health.  It was later reported that he was suffering from Type 2 diabetes. 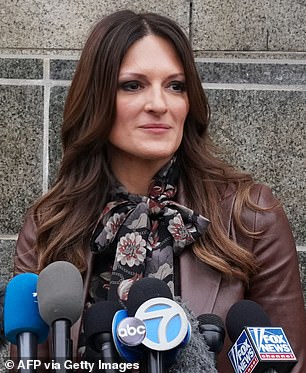 Weinstein is due to go on trial in January for sex crimes against two women. He has separately agreed to settle a lawsuit for $25 million, which was brought against him by other victims whose allegations against him lie outside the statute of limitations.

As part of the deal, he admits no wrongdoing and won’t have to pay them himself – instead, the money will be paid out by an insurance company.

On Saturday, Page Six published an interview with the disgraced movie mogul in which he characterized himself as ‘the forgotten man’.

It was conducted in a hospital room where Weinstein is recovering after recently undergoing back surgery.

Some of the women who say he attacked them responded viscerally and 23 released a statement saying he was trying to ‘gaslight society again’.

‘I refused to sign an NDA after it happened because I knew I would come for you. And I did. This is about stopping a prolific rapist. You.’

Rose McGowan, who has claimed Weinstein raped her in 1997, tweeted on Monday after his stunning interview where he said he was a ‘forgotten man’ 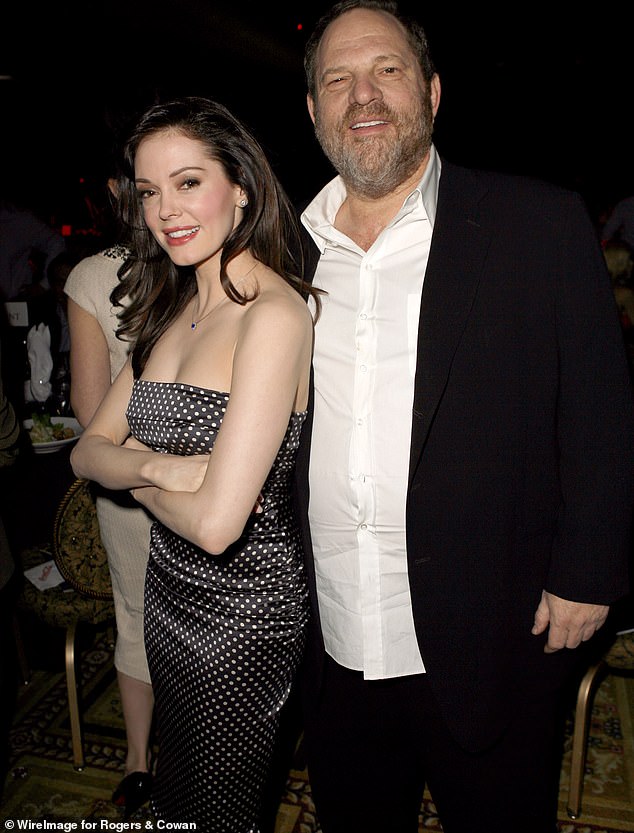 Weinstein vehemently denies raping McGowan and after she sued him and they settled the dispute in 1997, she refused to sign a non-disclosure agreement. They are pictured in 2007

McGowan has accused Weinstein of raping her on the edge of his jaccuzzi at the 1997 Sundance film festival.

But when Weinstein became the face of the #MeToo movement, McGowan went public with her claim and said that she would no longer be silenced by him.

In his hospital interview, Weinstein said: ‘I feel like the forgotten man.

‘I made more movies directed by women and about women than any filmmaker, and I’m talking about 30 years ago. I’m not talking about now when it’s vogue.

‘I did it first! I pioneered it! It all got eviscerated because of what happened. My work has been forgotten.’

He said he was only speaking out to prove he was not lying about his back injury in an effort to win sympathy from the trial judge.

Last week, his bail was increased from $1million to $5million after prosecutors said he had routinely left home without his ankle monitor or all the pieces of it that were required to track him.

The judge allowed him to post a $2million insurance bond. In total, there have been 57 violations since his arrest last May, they said. 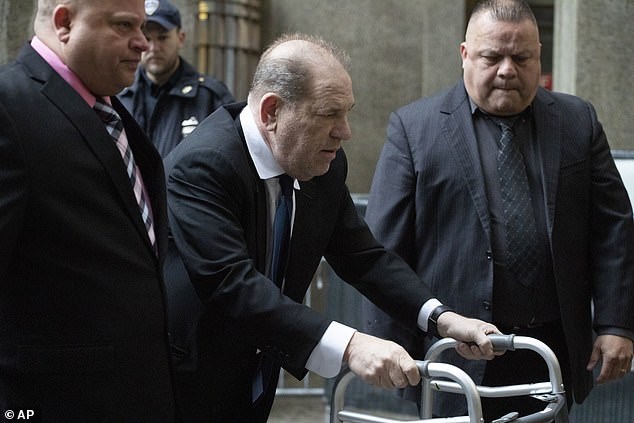 Weinstein said he had been ‘100 per cent compliant’ with bail conditions.

The judge reprimanded him for the violations and said: ‘If you have any further medical issues, the court will not be terribly understanding.’

Weinstein shot back, saying the surgery on his back was necessary for him to be able to go to court next year.

‘This is the only time I’ve asked for it. This ensures I am here January 6. This is a good thing for you,’ he said.

The charges relate to two incidents involving two women; one who says she was raped by him in March 2013 and one who says he forced her into performing oral sex on him in 2006. He has repeatedly tried to have the case against him thrown out.