Haunted Scottish-style castle in Upstate New York sells for $368,500 during an auction that ended midnight on Halloween

A haunted Scottish castle nestled in the heart of an upstate New York city was auctioned off for more than $300,000 just before the witching hour on Halloween.

First owned by Samuel Laurie of Glasglow, Scotland, ‘The Castle’ has loomed over the city of Auburn for 149 years since it was built in 1871.

The massive palatial home has garnered a ghostly reputation of being haunted among local residents, so it was only right that it was auctioned off on Halloween night.

The property’s broker, Michael DeRosa, announced in mid-October that the castle would hit the market and bids would be accepted until ‘just before midnight’ on the 31st. 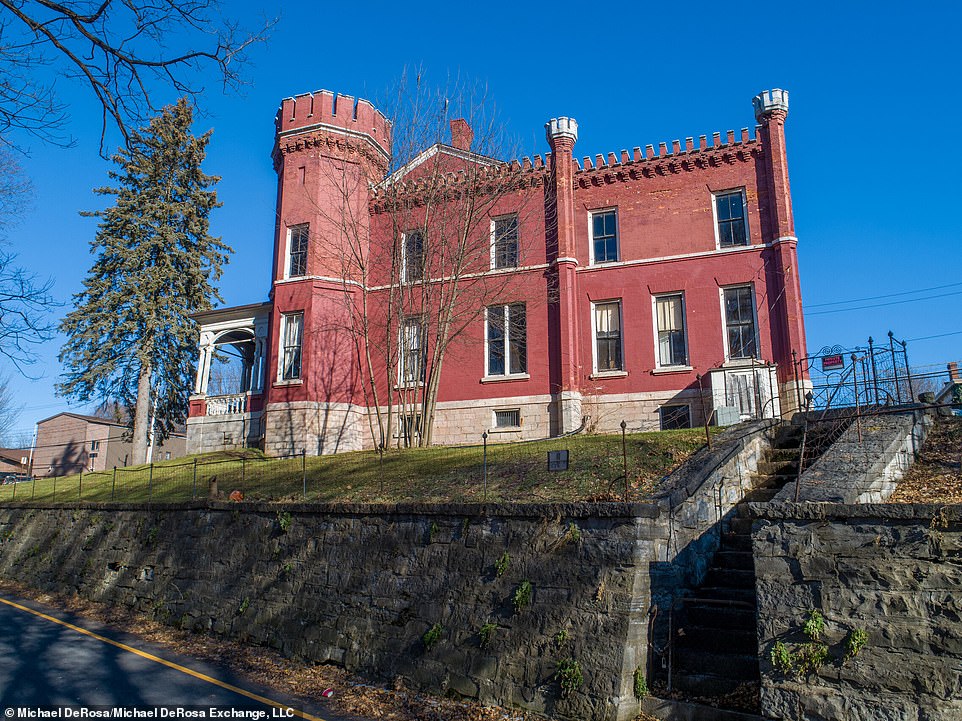 A Scottish-style castle in Auburn, New York, that is rumored to be haunted was auctioned off on Halloween night and bidding was set to close just before midnight 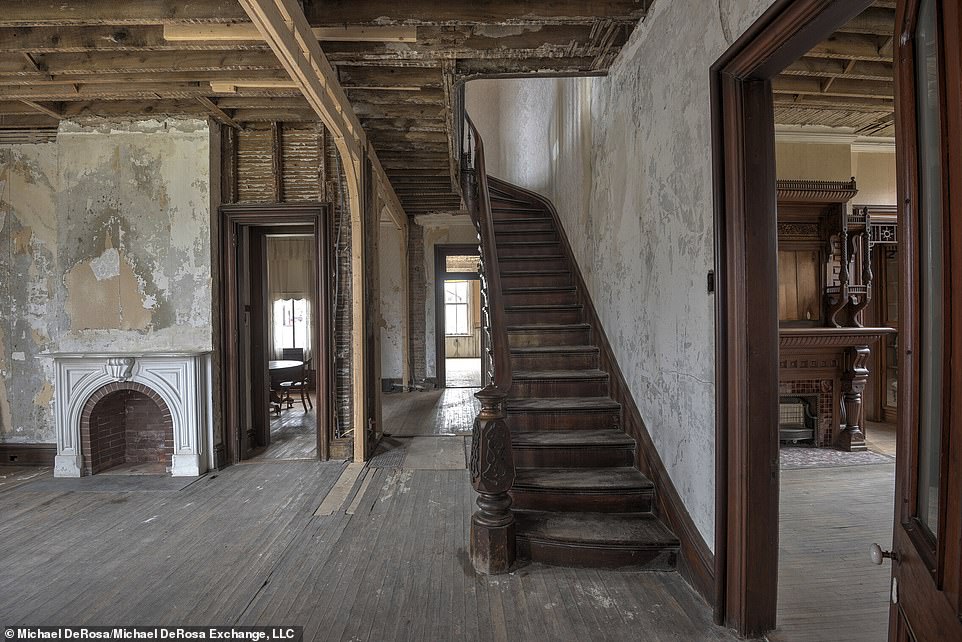 The winning bid for the castle was submitted from Thorofare, New Jersey, but 359 bidders from across the globe registered for the auction

Bidding initially started at $25,000, but DeRosa told DailyMail.com that the winner walked away with the home for $335,000.

A 10 per cent auction buyer’s premium was added to the winning bid for a complete purchase price of $368,500.

‘The auction went into overtime for 17 minutes after midnight due to an online bidding war, with multiple online bidders striking top bids at the last second,’ DeRose told DailyMail.

The winning bid came from Thorofare, New Jersey, which sits just under 300 miles away from the Scottish-style castle. The bidder’s identity was not disclosed at this time.

The top 10 bids all came from within the United States, with seven submitted from the New York-area, including three from Brooklyn and one from Long Island.

One was submitted from Miami Beach, Florida, and another from Sacramento, California.

But DeRosa, who organized the auction with home owner Patrick Collier Connelly, revealed that a total of 359 bidders from across the globe made a grab for the Scottish-style mansion. 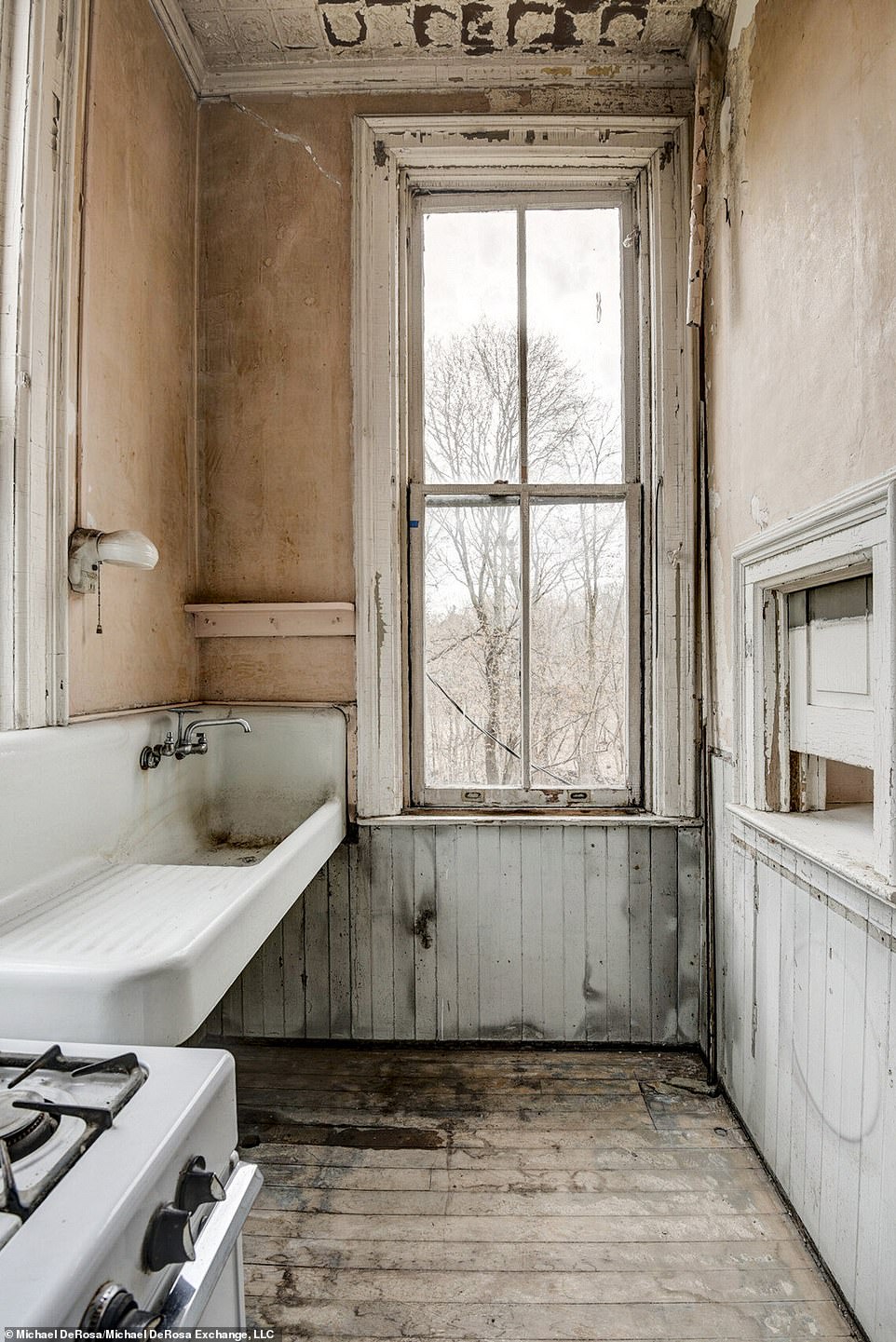 The fixer-upper was first builty in 1871 by Samuel Laurie of Glasglow, Scotland, who later sold the house after the death of his wife and the Panic of 1893 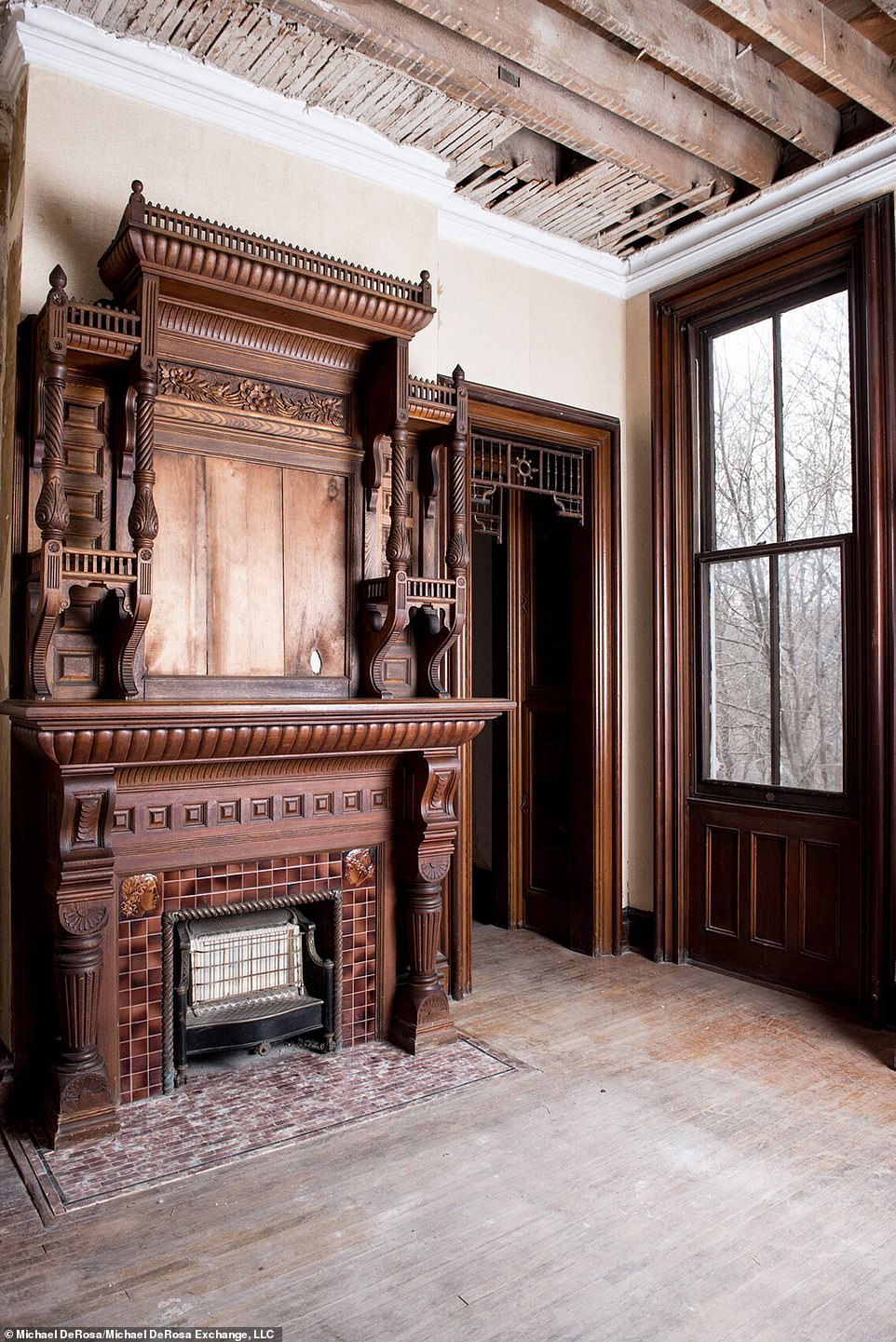 Although the castle is nearly 200-years-old, many of the interior’s extensive woodwork and gorgeous features, including this fireplace (pictured), are still in good shape 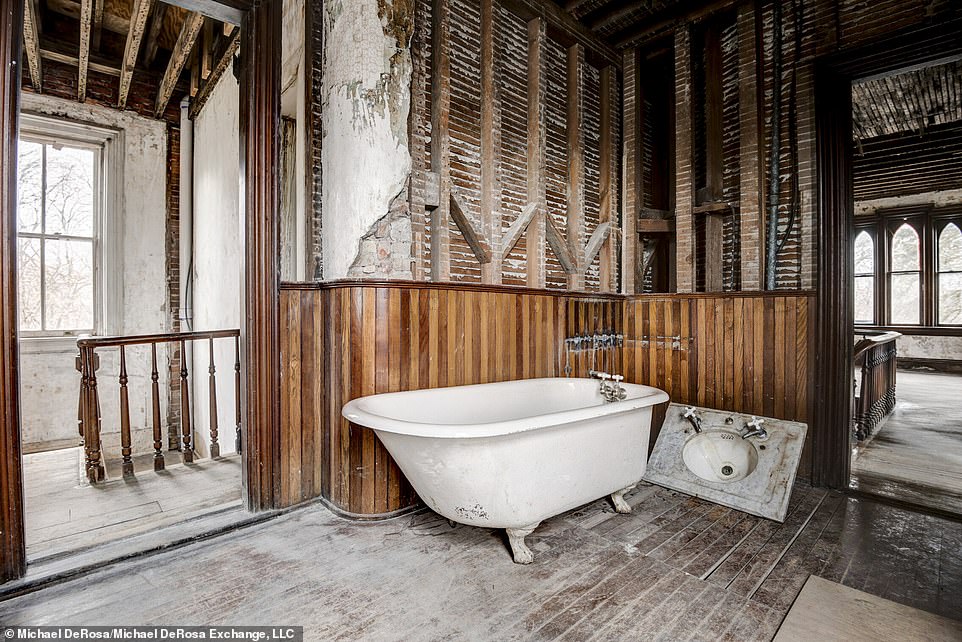 The floor plan shows at least five bedrooms, as well as attractive features like a music room, study and library. There’s also a separate carriage house outside the main home

Photos of ‘The Castle’ showed its beautiful red brick exterior and the several battlement-style adornments that sit atop the roof.

The property is three stories high with four fireplaces, built-book cases and 12-foot ceilings. Meticulously carved woodworks are spotted around the home and stained glass windows allowed for enchanting rays of light to shine through.

The home is so expansive that the property listing simply states ‘see floor plan’ regarding the number of bedrooms and bathrooms.

The floor plan shows at least five bedrooms, as well as attractive features like a music room, study and library. There’s also a separate carriage house outside the main home.

Some may have thought auctioning the castle amid a pandemic – which had shuttered several industries and side lined the economy – was a risky move, but DeRosa argued otherwise. 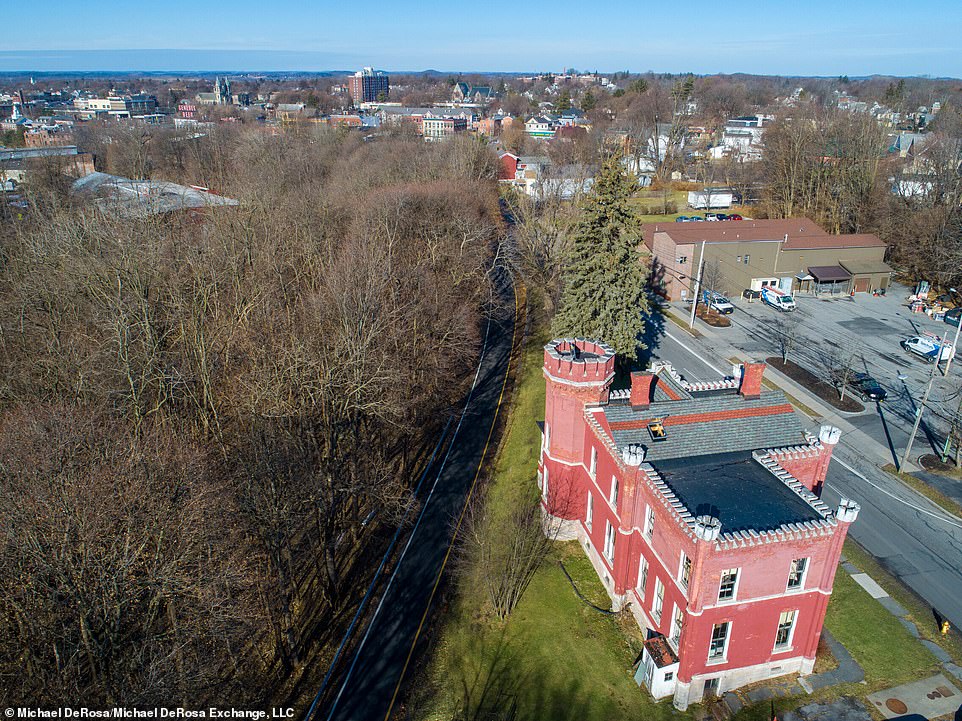 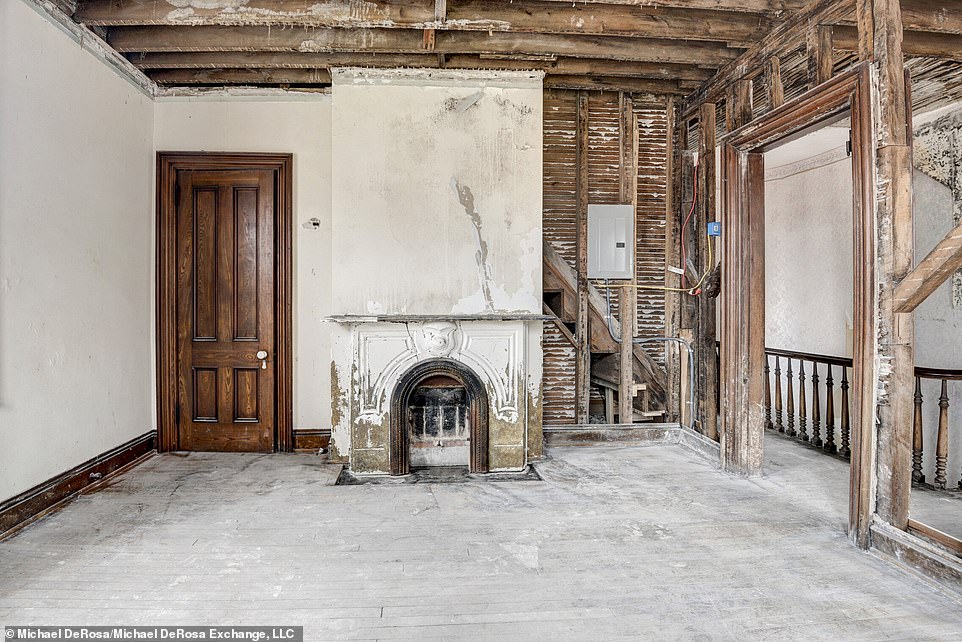 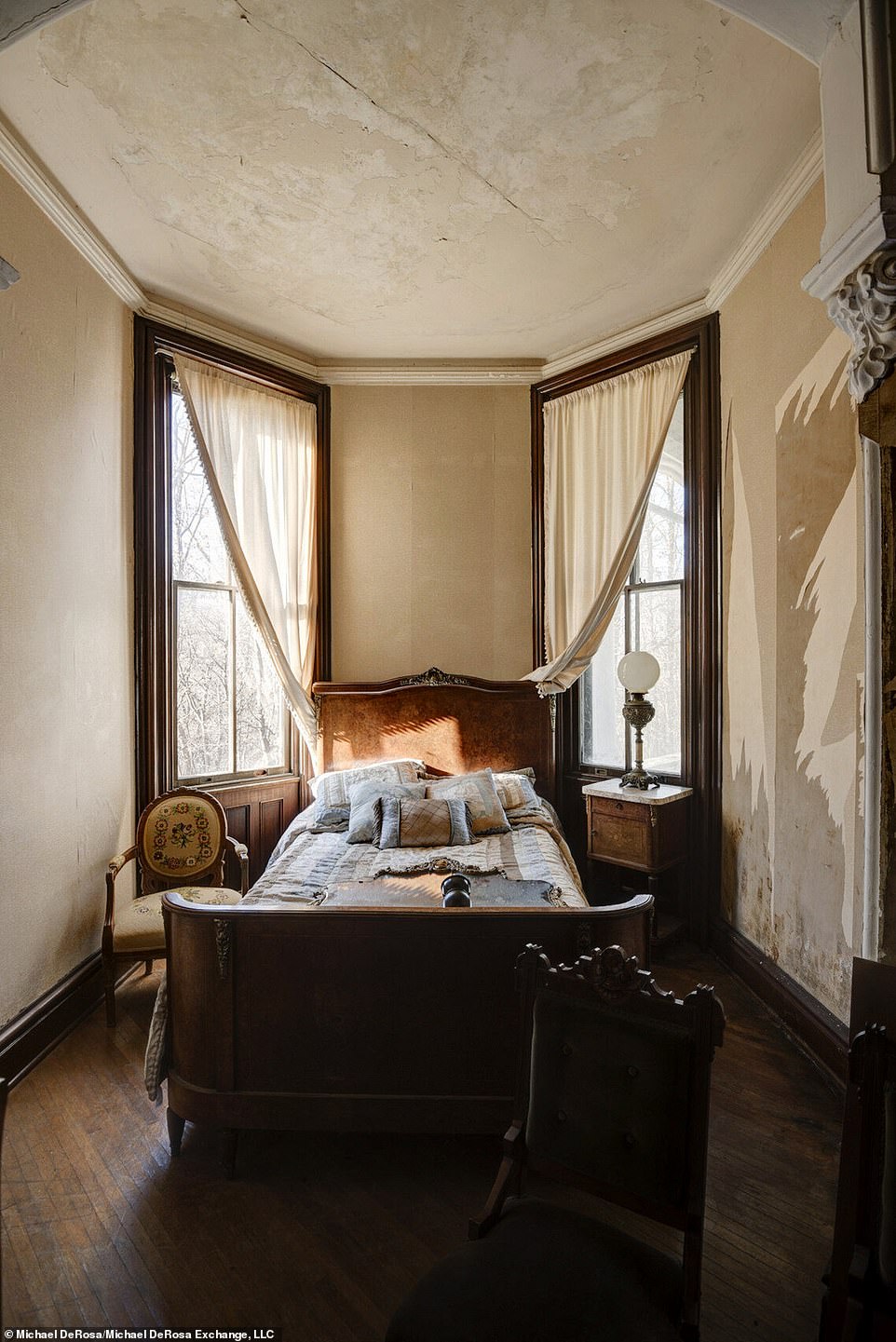 DeRoas: ‘The buying demand is being driven by conditions related to coronavirus, pandemic and the understanding buyer’s don’t have to be tied to big urban areas any longer because the way they work has fundamentally changed and they are allowed to work from home’

‘The real estate housing market in Upstate New York is blistering hot right now and some properties are selling in a matter of hours,’ he told DailyMail.com

‘There’s no truer time than now for people in major metropolitan areas to see the real value in rural areas like our beautiful Finger Lakes region of Upstate New York.

‘We truly are living in a safe haven compared to big urban areas that were severally effected the most by the deadly coronavirus.

‘The buying demand is being driven by conditions related to coronavirus, pandemic and the understanding buyer’s don’t have to be tied to big urban areas any longer because the way they work has fundamentally changed and they are allowed to work from home.’

The castle’s haunted reputation sparked after a number of deaths occurred in the home.

Nearly 20 years after Samuel Laurie moved into the castle, his wife died at the residence after she suffered a severe attack of the Grippe, or an old-fashioned word for influenza. 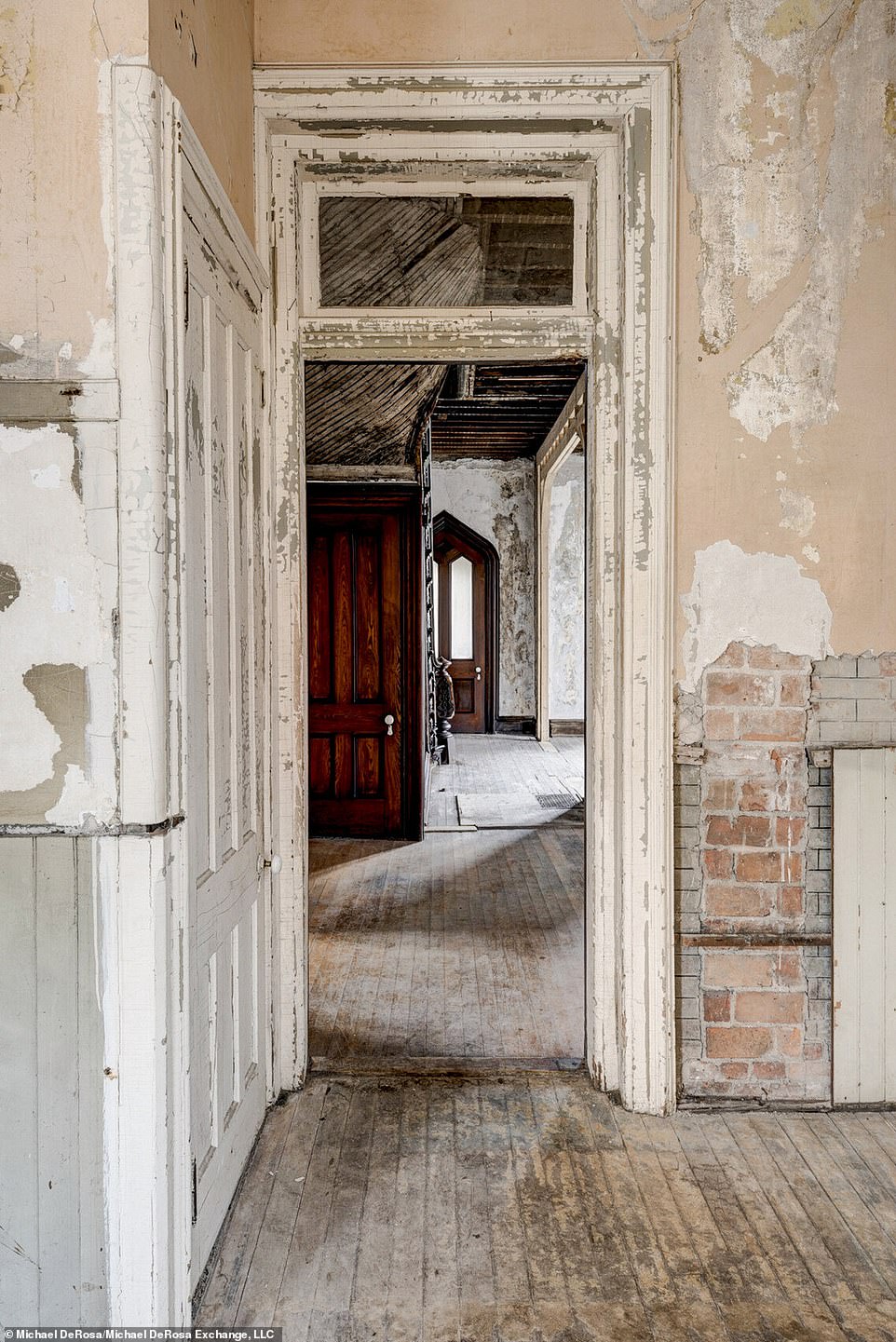 The property is three stories high with four fireplaces, built-book cases and 12-foot ceilings that were paired with intricate wood carvings 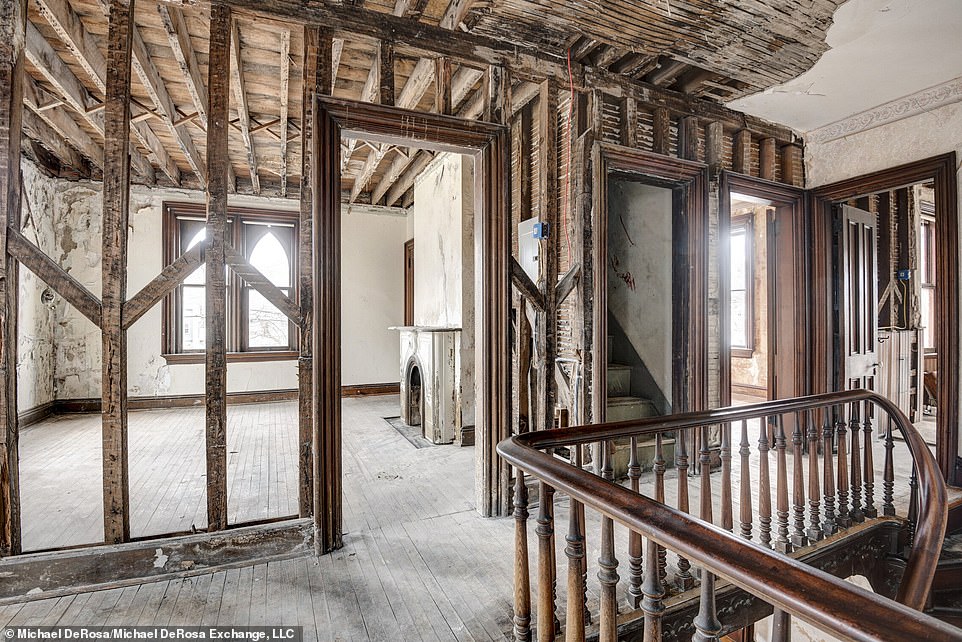 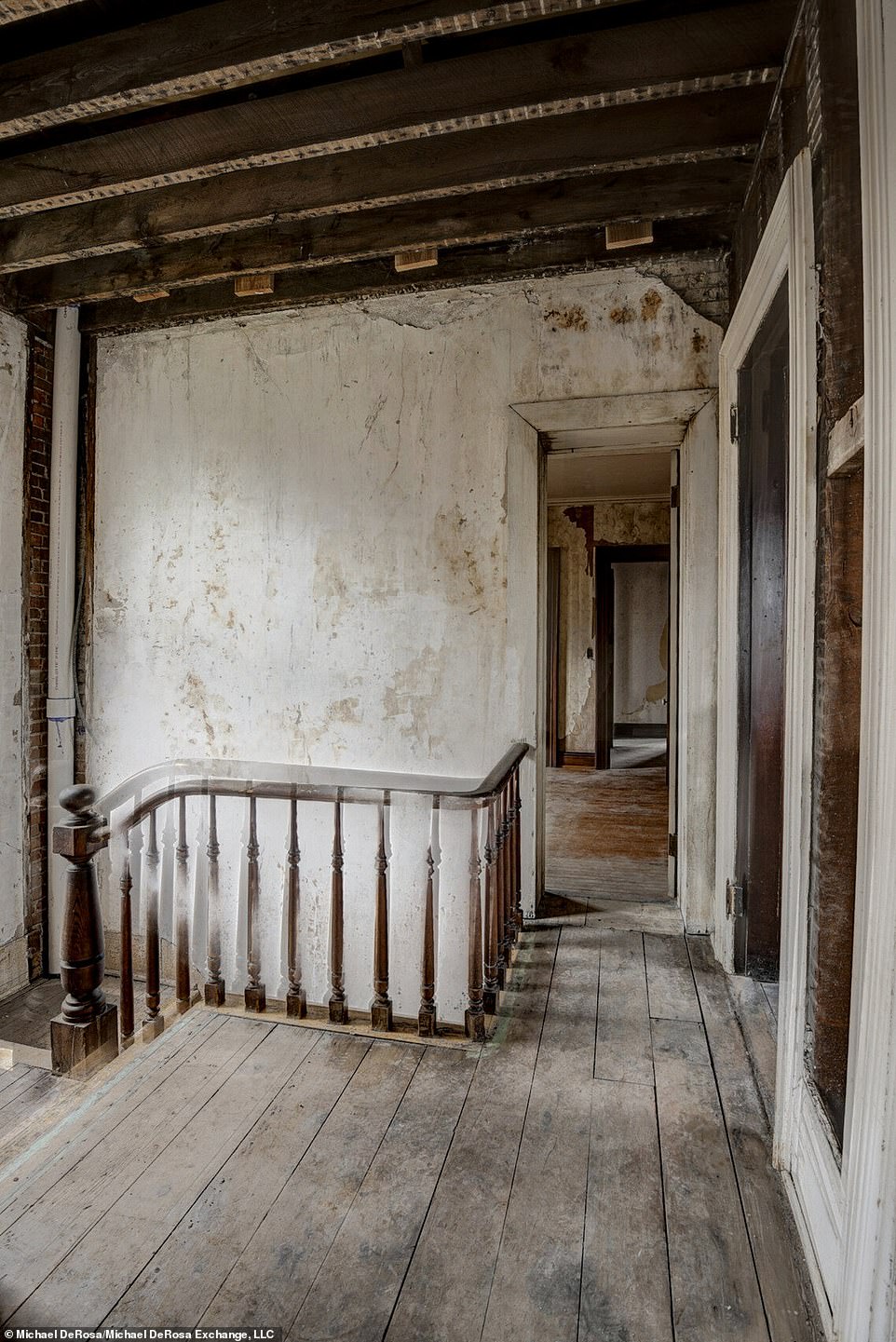 The top 10 bids all came from within the United States, with seven submitted from the New York-area, one from New Jersey, one from California and one from Florida

Her funeral was held inside the home, where the couple gave birth to 10 children but three died as infants.

After the Panic of 1893, Laurie sold the castle and, soon after, experienced poor health. He died in April 1895 of Bright’s Disease.

Some locals believed the castle became haunted, and it’s a question that owner Patrick Collier Connelly, was regularly asked.

‘Whether I’m at the diner or the pub, it’s always the same thing: ‘This is the guy who owns the castle!’ he told New York Post.

‘The first thing they ask, “Is it haunted?”‘ Connelly said. He added ‘I thought the spirits were friendly to me. I don’t think they have harm in mind — they just want to let us know they’re there.’

He recalled several times that he’s experienced supernatural acts, including a few months ago in the attic.

Connelly told The Post that he and a small group were taking pictures inside the space when a poof of dust suddenly burst from an old wicker baby carriage.

‘We all stepped back and asked each other, “Did you see that?” he said.

The spot in the basement near the carriage house, according to Connelly, was especially spooky.

‘The hair on my neck stands up, and I get freaked out. I feel cold whenever I’m down there. It’s creepy,’ he said.