‘I’ve never seen anything worse in my life’: Haunting diary reveals how polar explorer who found Captain Scott said he had ‘struggled hard in the moment of death’ as journals sell for £150,000

Harrowing diaries revealed the horror that an explorer experienced when he found the frozen body of Captain Scott.

Robert Scott was discovered ‘yellow and transparent’ in the Antarctic on November 12 1912, following his second expedition to the South Pole.

Tryggve Gran – who Scott enlisted as his team’s ski instructor – documented the ‘horrible, ugly fate’, after he found the intrepid Scott – nicknamed The Owner – and two fellow explorers dead.

‘I will never forget it so long I live – a horrible nightmare could not have shown more horror than this,’ he wrote, according to the Guardian.

‘The frost had made the skin yellow & transparent & I’ve never seen anything worse in my life.

‘The Owner seems to have struggled hard in the moment of death, while the two others seem to have gone off in a kind of sleep.’

Before he died, Scott wrote in his own journal: ‘There is no more hope and so God look after our people.’

Tryggve Gran’s two diaries have now sold for £150,000 and details how an 11-strong search and rescue team was deployed from Cape Evans to find Scott and his team on October 29 1912.

The Owner had started his second expedition in June 1910, heading for the South Pole in October of the following year and arriving there on January 17 1912.

But when he got there he found that his team had beaten to the site by Roald Amundsen, a Norwegian who arrived a month earlier.

Scott’s companion Edgar Evans perished on February 17 as bad weather and a lack of food and fuel plagued their return journey. 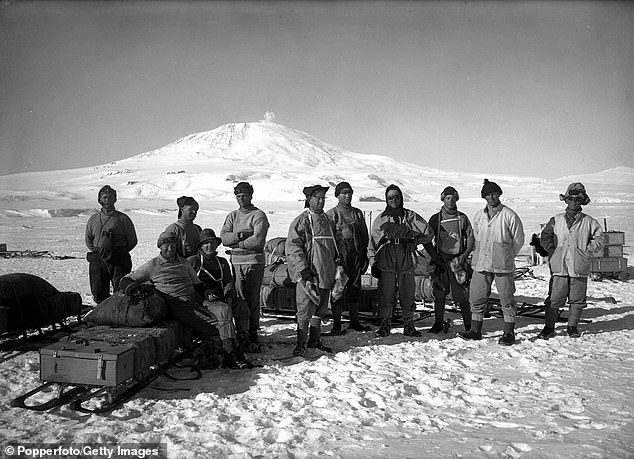 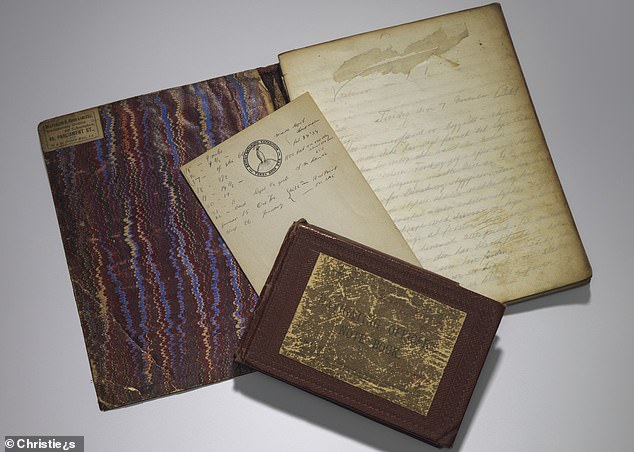 The diaries (pictured) have sold for £150,000 and tell the harrowing tale of how Gran came across the legendary explorer’s body during the rescue mission 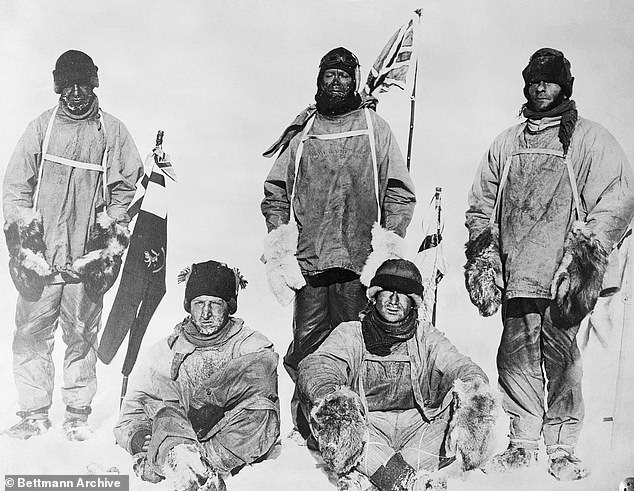 Captain Scott (pictured, centre, next to the flag) was found yellow and transparent according to harrowing diary entries from a member of the team that found him

The next month a frostbitten Lawrence Oates left the team’s tent, telling them: ‘I am just going outside and may be some time.’

His death left EA Wilson, HR Bowers and Scott stuck in a tent 11 miles from their destination while a blizzrd raged outside.

Scott’s final diary entry on March 29 1912 said his team would ‘stick it out to the end’ but admitted they were getting ‘weaker’ and that he was struggling to write. 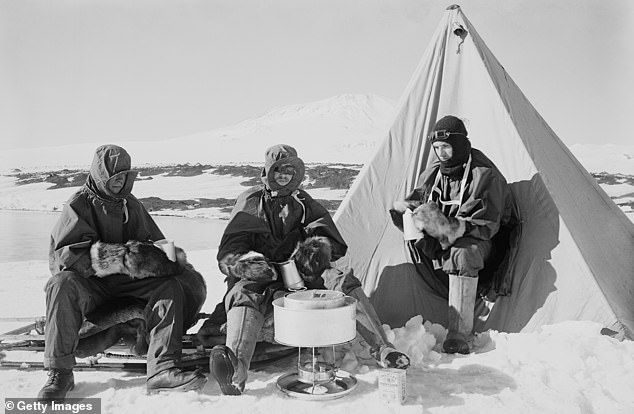 Captain Scott and two of his expedition members died in the Antarctic on the return journey from his second successful journey to the South Pole (pictured, three members of the team at the expedition’s outset in 1911)

Their corpses would be found when Gran found their tent all but buried under snow. Gran made a cross from his skis to commemorate the explorers.

His journal reveals that he then took Scott’s skis, so that they could finish the return journey they had set out on.

After the diary sold at Christie’s, the auctioneer’s manuscripts and archives specialist, Sophie Hopkins, described the entries as ‘terrible moving’.

The journal even documents the burial, at which the 11 rescue team members removed their head gear and stood bareheaded out of respect despite the bracing winds.

And Gran even says that he envies the dead, who perished having completed a great task after Scott led a successful expedition to the Antarctic during his first attempt from 1901 to 1904.

The author would go on the win the Polar medal for his own Antarctic explorations and was the first man to fly a ‘heavier than air’ plane over the North Sea in 1914. 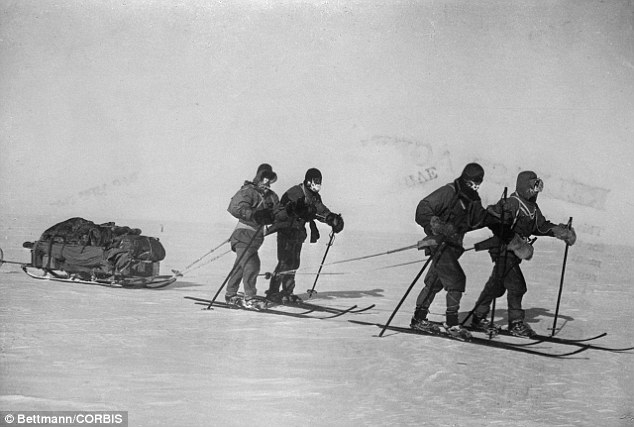 This picture shows Scott’s first expedition group returning after successfully reaching the South Pole in 1910, before their disastrous second attempt to get home

He joined the Royal Flying Corps using the name Teddy Grant and posed as a Canadian to circumvent Norway’s neutrality and fight in World War One. He died aged 91 in 1980.

It was his son, Herman, who put the diaries up for sale. The first collection covers the period from November 7 1911 to February 25 1912 and its writings have never been published.

They reveal a tender side to Gran, whose writings detail worries about his ponies and the sadness he felt at having to put down his dogs.

He also writes about the conflict he felt over Amundsen, who was also Norwegian, beating Scott to the South Pole.