HAVANA (Reuters) – A rare tornado ripped through several working class districts of eastern Havana late Sunday night, leaving at least three dead and scores injured as it reduced some buildings to rubble, tore off roofs and flipped vehicles in its path. 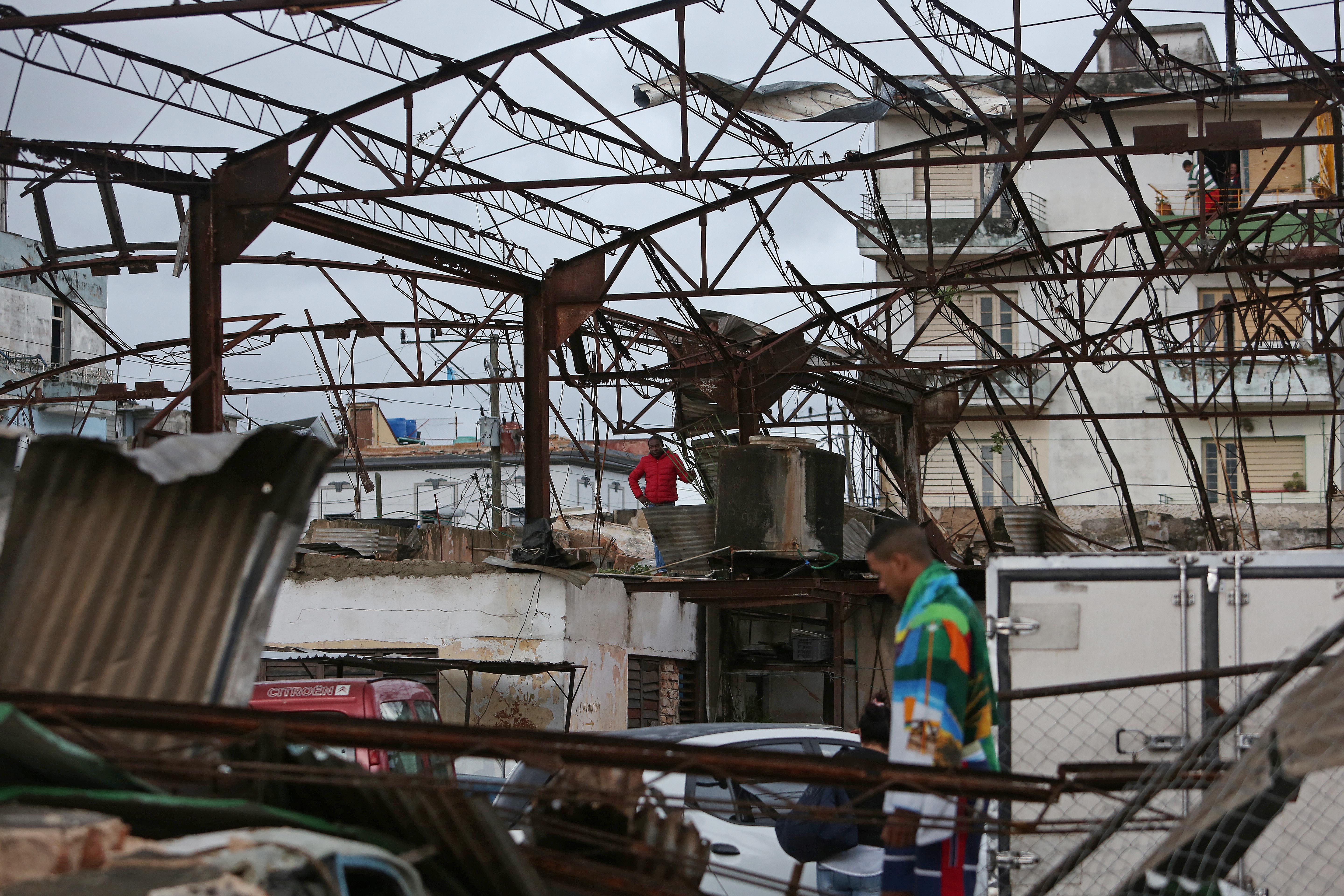 The storm left much of Havana without electricity on Monday, and the streets of the worse-hit districts were strewn with shards of glass and fallen power poles and trees.

It was the first twister to hit the Cuban capital in decades and was described by the daily of the ruling Communist Party as an “extraordinary” event.

“It felt like the jet engine of a large plane,” said Julio Cesar Garcia Martinez, a resident of 10 de Octubre, one of the worst-affected neighborhoods. A large palm tree had fallen and crushed his Lada.

“The cars were turning over in the street, the roofs falling down,” he said.

President Miguel Diaz-Canel, who toured one of the hardest-hit districts, tweeted: “The damage is severe and up to now we regret the loss of three lives and we are attending to 172 injured.”

The reports of deaths and injuries were preliminary as rescue workers combed through damaged buildings in the blacked-out neighborhoods, where much of the housing is dilapidated.

“It took everything. We lost the fridge, the air conditioner, the mattress – it tore everything apart,” said Lazaro Diaz, who had been walking in the street when he saw the earth whipped up by the winds and sought refuge at a neighbor’s. The tornado ripped off the roof of his home.

“If I hadn’t done that, then I wouldn’t be here today,” he said.

New and expectant mothers at a nearby maternity hospital were evacuated after the tornado shattered its windows.

State-run media had warned residents that an approaching cold front from the north and winds from the south would create high winds, thunderstorms and heavy rainfall in the area.

“This was a huge catastrophe, the like of which I hadn’t seen in all my 58 years,” said Nicanor Pidal. “I have never seen such a thing; it destroyed more than a hurricane would.”