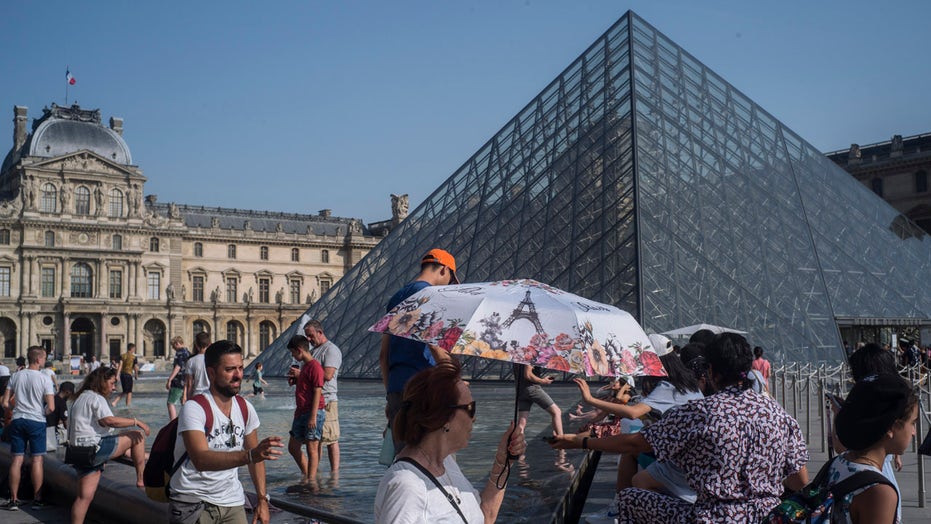 Temperature records across Europe tumbled Thursday as a suffocating heat wave sent the thermometer soaring into the triple-digits and hot air from the Sahara continued to bake the continent.

All-time temperature records were broken in France, Belgium and Germany, while Britain saw its hottest day on record for July with temperatures over 100 degrees Fahrenheit.

The heat was affecting places where air conditioning is not typically installed in homes, cafes or stores. Electric fans sold out across Paris — and traditional folding fans made a comeback on the city's stuffy metro. 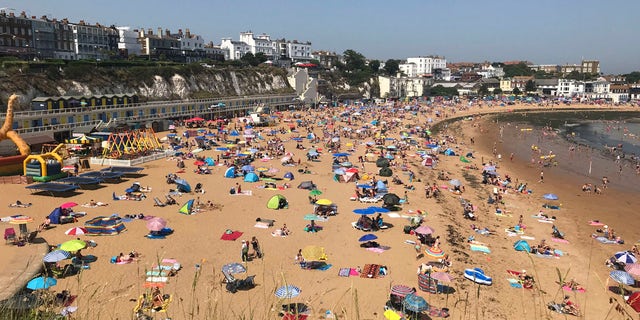 Katy James, visiting Paris from Chicago, told the Associated Press she was still trying to enjoy the sights in the famed city.

"We've had such a good time. The Parisians have been so accommodating. We've been getting water where ever we go," she told the AP. "We got to play in the fountain. This was amazing."

But in other parts of Europe, the heat was creating a variety of issues. About 20 children became ill at a summer camp as temperatures passed 104 degrees in several areas of the Netherlands, according to Dutch media. 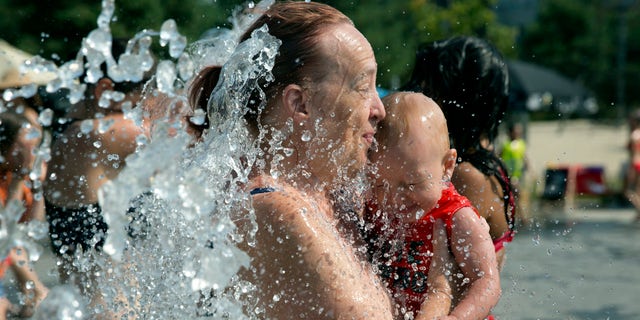 A mother and child cool off by walking through a park fountain in Antwerp, Belgium, Thursday, July 25, 2019. Belgium braced itself for code red, extreme heat warning, on Thursday as temperatures soared during the second heat wave of the summer.
(AP Photo/Virginia Mayo)

Broadcaster RTV Utrecht reported that the children fell ill in the central town of Leusden on Thursday afternoon. Some of the children were taken to a hospital to be examined.

Soaring temperatures disrupted train service in England as Britain sizzled during the hottest July on record, according to Sky News.

Britain's Met Office said the mercury reached 100.6 degrees in Cambridge, a July record and only the second time temperatures over 100 degrees have been recorded in the U.K.

French authorities have been particularly wary of the heat since a 2003 heat wave killed nearly 15,000 people, many of them elderly people alone in stiflingly hot apartments. As tourists frolicked in fountains, authorities, and volunteers in both Paris and London fanned out to help the elderly, sick and homeless, opening centers for them to rest, cool down and shower.

"They are in the street all day, under the sun. No air conditioning, no way to protect oneself from the heat," said Ruggero Gatti, an IT worker joining other Red Cross volunteers handing out water bottles, soup and yogurt to the homeless in the Paris suburb of Boulogne 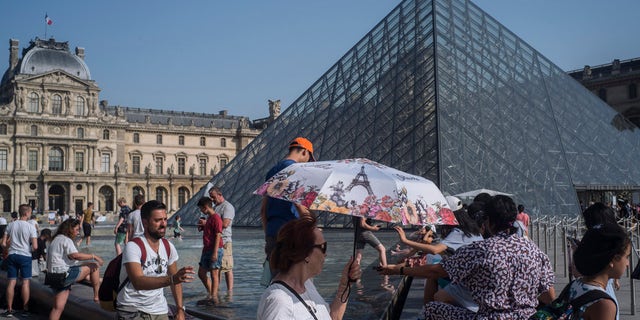 People cool off next to the fountains at Louvre Museum in Paris, France.
(AP Photo/Rafael Yaghobzadeh)

France's heat alert system went to its maximum level of red for the first time during last month's heat wave , when the country saw its highest-ever recorded temperature of 114 degrees. On Thursday, about one-fifth of French territory was under a red alert, stretching from the English Channel through the Paris region and down to Burgundy and affecting at least 20 million people.

French Health Minister Agnez Buzyn said temperatures on Thursday were expected to be 2 degrees higher than in the deadly 2003 heat wave.

In Germany, Switzerland and Austria, some communities painted vital rail tracks white in hopes the light color would bring down the temperature by a few degrees and the tracks would not get warped by the heat. German railways Deutsche Bahn said passengers who had booked tickets for Thursday or Friday and wanted to delay their trips could do so without charge.

In Austria, a 2-year-old died of dehydration Wednesday in the country's Styria region after he climbed into an overheated parked car without his family noticing.

As intense as it was, the heat was expected to be short, with temperatures forecast to drop Friday and Saturday.