The airport – Europe’s busiest before the pandemic – said the measure will keep passengers arriving from destinations on the high-risk list away from other travellers.

The red list has been resurrected with ten countries in southern Africa added since last Friday due to concerns about the Omicron coronavirus variant.

People entering the UK from those locations, which include South Africa, must spend 11 nights in a quarantine hotel at a cost of £2,285 for solo travellers.

It comes as new rules brought in yesterday mean fully-vaccinated people entering England from all countries not on the red list now have to self-isolate until they receive a negative result from a PCR test taken by the second day after they arrive. 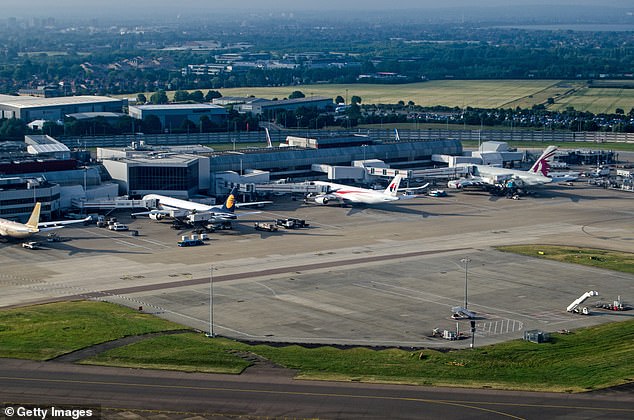 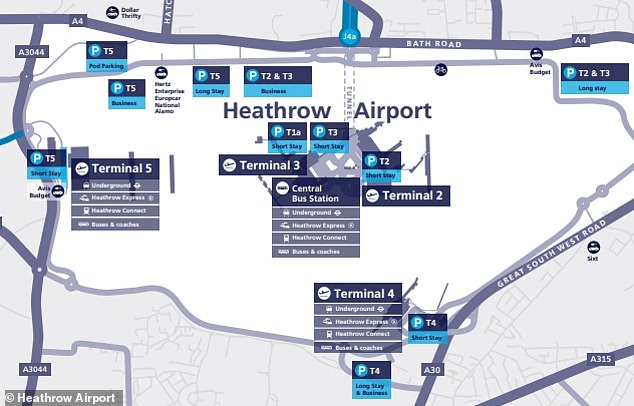 Heathrow first opened a facility for red list arrivals at Terminal 3 on June 1 following concerns that allowing passengers to mix with those who had flown in from other locations could increase the spread of the virus.

It was later switched to Terminal 4 but was closed in early November following the removal of the final seven countries on the list. The facility was reopened at 3pm today.

Tougher travel rules introduced by the Government include requiring fully vaccinated people entering the UK to self-isolate until they receive a negative result from a PCR test.

Previously they were only required to take a cheaper lateral flow test and did not need to self-isolate unless their test result was positive. 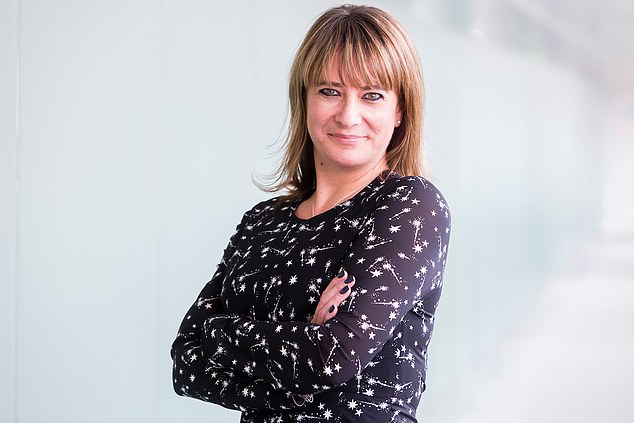 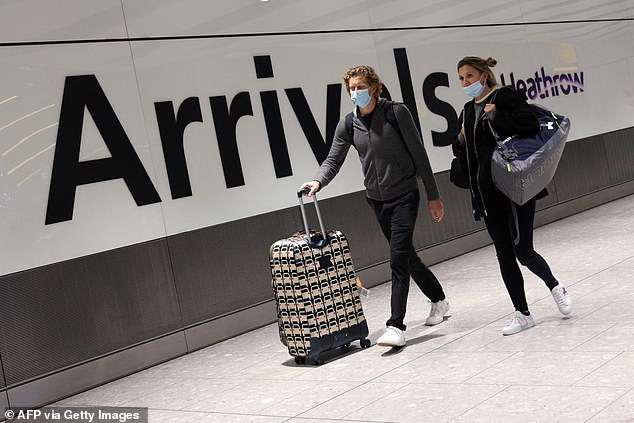 Heathrow’s chief operating officer Emma Gilthorpe said: ‘We are supportive of measures that protect public health and prevent the spread of Covid.

What are the new test rules for UK arrivals?

From 4am today, fully-vaccinated people entering the UK are required to self-isolate until they receive a negative result from a PCR test taken on the second day after they arrive.

The tests must be bought from the private sector. Previously fully-vaccinated travellers were only required to take a cheaper lateral flow test, and did not need to self-isolate unless they received a positive result.

People who are unvaccinated will continue to need one pre-departure test and two post-arrival PCR tests, and must quarantine for 10 days.

Ten African countries have been added to the UK’s red list. Arrivals from those locations must stay in a quarantine hotel for 10 days at a cost of £2,285.

‘The rapid introduction of restrictions for international travel will nonetheless be a further significant blow for British exporters and those wanting to visit friends and relatives.

‘Keeping the changes under constant review, and a Government commitment to the removal of red list countries as soon as it is safe to do so, will help.

‘Heathrow maintains the highest levels of Covid-secure measures to ensure our passengers, colleagues and partners know that Heathrow is a safe place to travel to and from.’

In October, it was revealed that Heathrow’s losses from the Covid-19 pandemic had hit £3.4billion.

The airport said it was continuing to lose money despite reducing its operating costs by more than 30 per cent.

But it insisted it has the ‘financial strength’ to survive ‘until the market recovers’, with £4.1billion of cash.

Some 10.2 million passengers travelled through Heathrow in the first nine months of the year, compared with 19.0 million during the same period in 2020.

Last month, it was revealed that British Airways will consider cutting Heathrow flights if proposed increases in charges are implemented,

Luis Gallego, the chief executive of the airline’s parent company IAG, said the airport’s fees are already among the highest in the world and are becoming ‘more and more expensive’.

In October, the Civil Aviation Authority announced a plan to raise the cap on the airport’s average charge per passenger by up to 76 per cent, from the current level of £19.60 to between £24.50 and £34.40.