Heritage experts have objected to Norman Foster’s plans for a new 1000ft London skyscraper – because it would diminish the Tower of London’s ‘royal power’.

Architects Foster + Partners submitted plans for the new concrete and glass Tulip Tower which would include a bar and a ‘classroom in the sky’.

But Historic England said the building – which would be next to the Gherkin – would dominate the landscape. 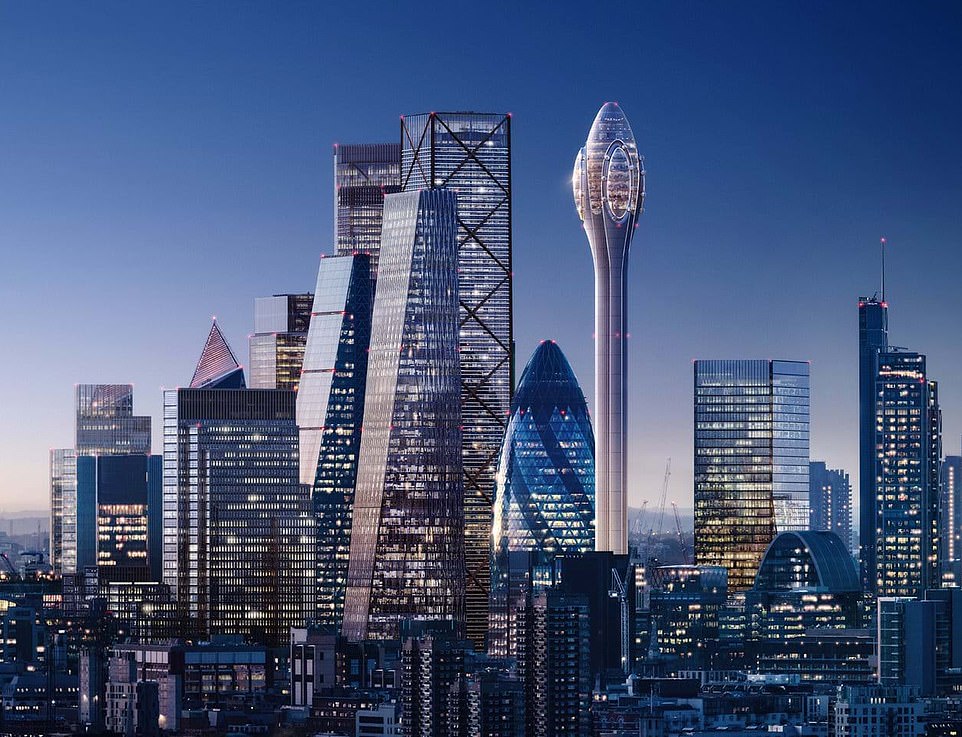 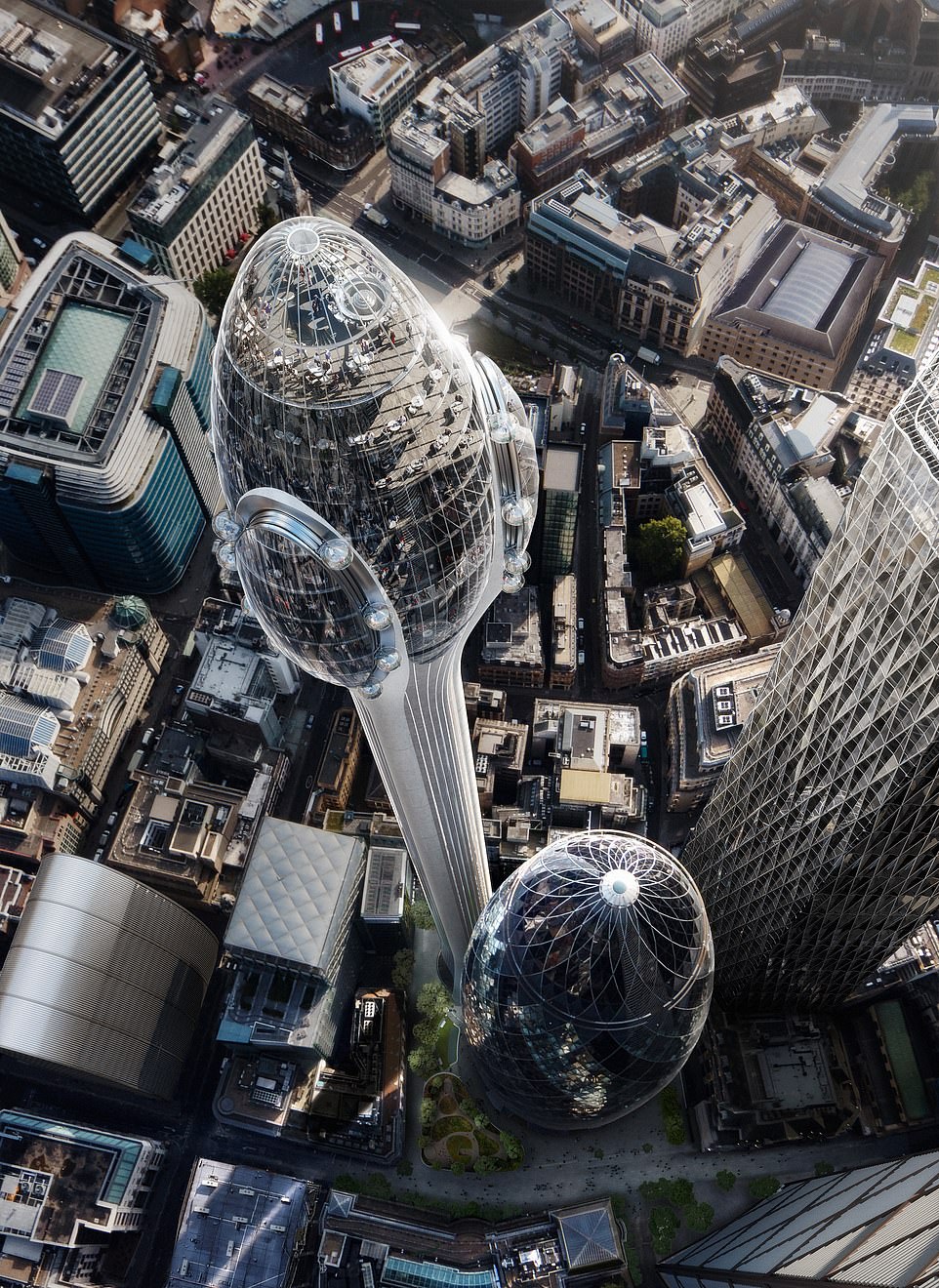 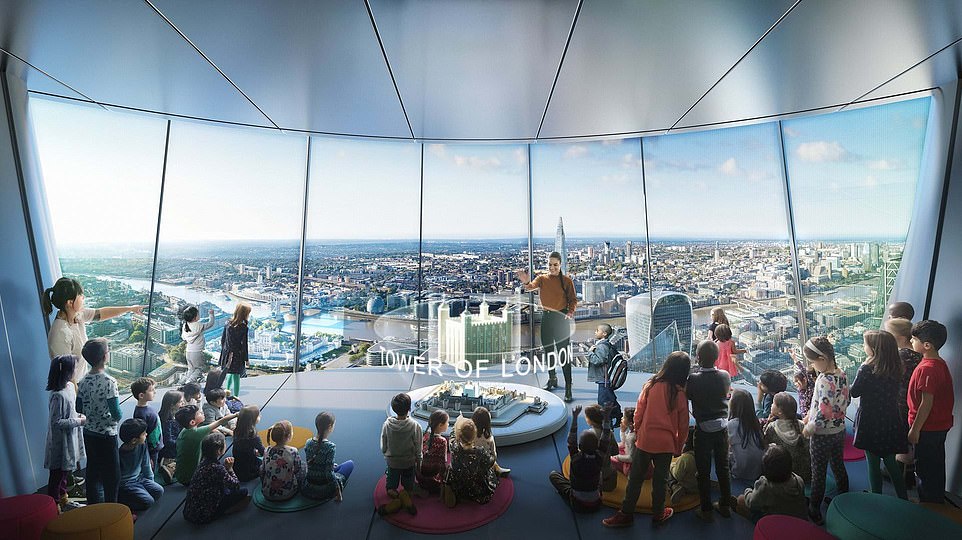 The tower, designed by Foster and Associates will provide panoramic views across the River Thames and over South London

The group formally objected because the 305m building would ‘reduce the visual dominance of the Tower of London’ and harm its ‘role as a symbol of royal power’.

In a planning document submitted to the City of London Corporation, Historic England said: ‘In our view, the proposed building would cause harm to the significance of the Tower of London, one of London’s four World Heritage Sites.

‘The visual contrast between the modern City of London and the historic Tower of London has been established for decades but has intensified in recent years as the Eastern Cluster of buildings becomes taller and denser.

‘In our view, this sharp contrast, combined with the unusual eye-catching form of the proposed building, reduces the visual dominance of the Tower of London.

‘It also harms an attribute of its outstanding universal value, namely the tower’s role as a symbol of royal power set apart from the City of London and dominating its strategic riverside setting.

‘This new building is located towards the edge of the Eastern Cluster and would create a vertical ‘cliff edge’ to it when viewed alongside the Tower of London from the east.

‘This, coupled with the unusual eye-catching form of the Tulip, would reduce the visual dominance of the Tower of London. 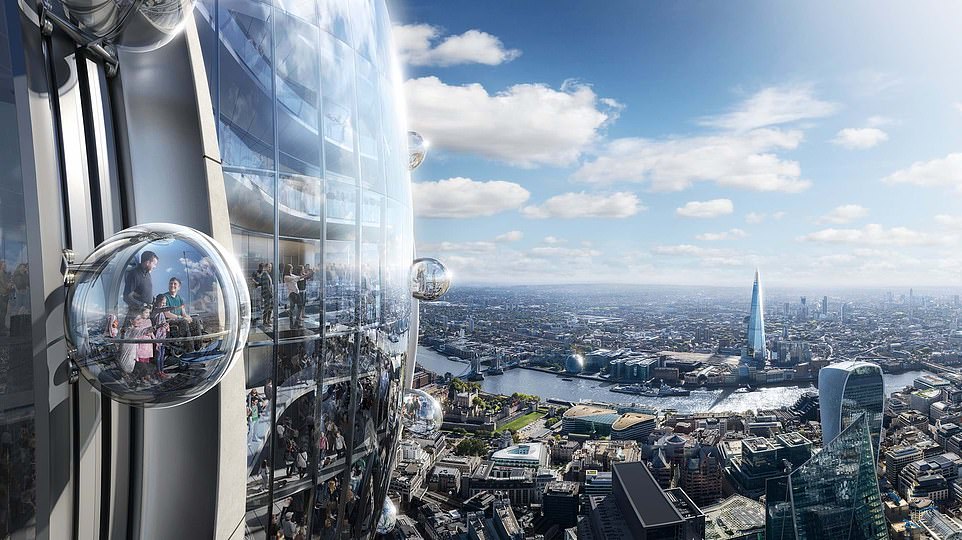 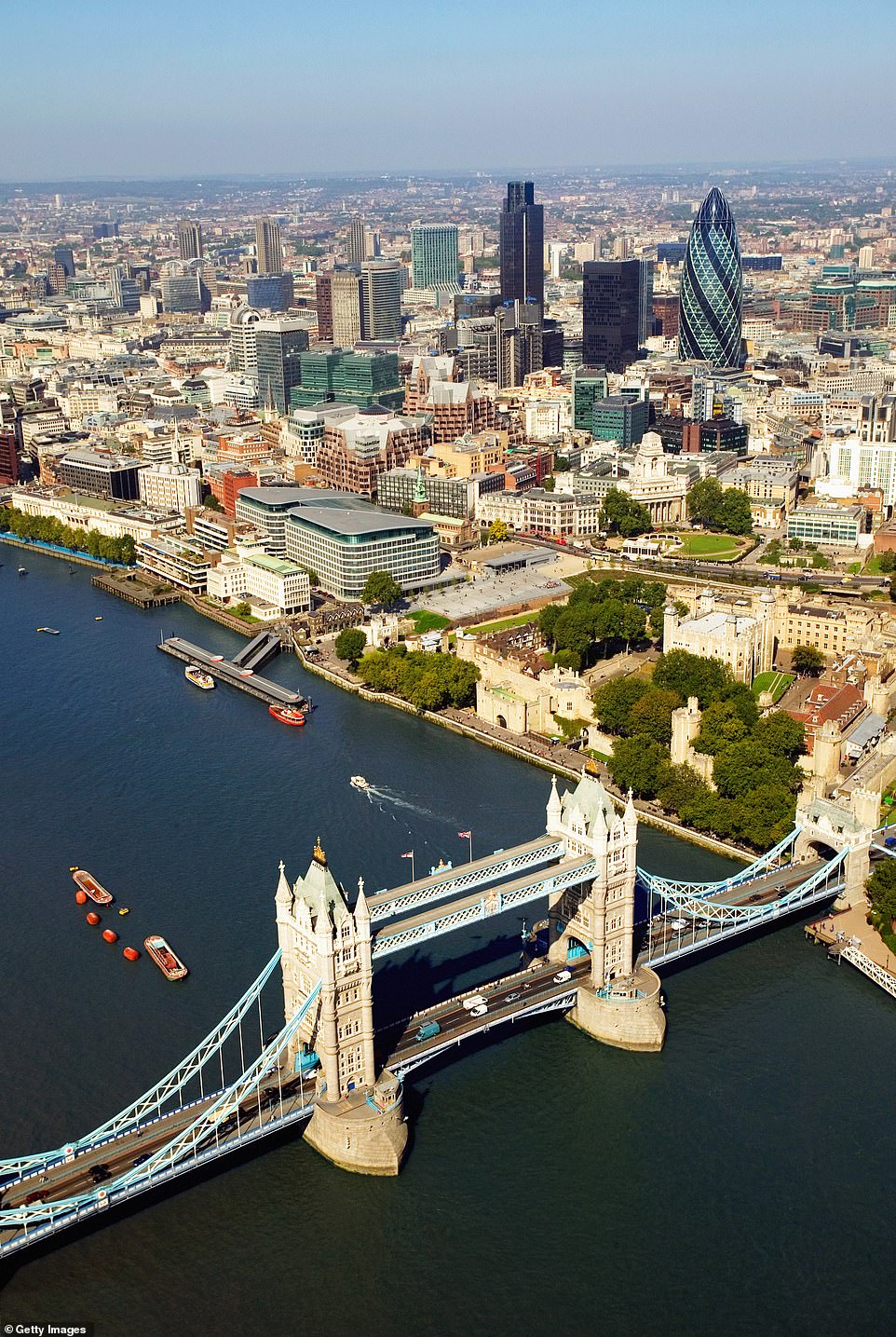 Historic England fear the new building will diminish The Tower of London, pictured beside Tower Bridge

‘We’ve not seen clear and convincing evidence this harm would be outweighed by public benefits.

‘This harm would be particularly notable in the protected view from the north bastion of Tower Bridge where the Eastern Cluster forms a sharp backdrop to the Tower of London. 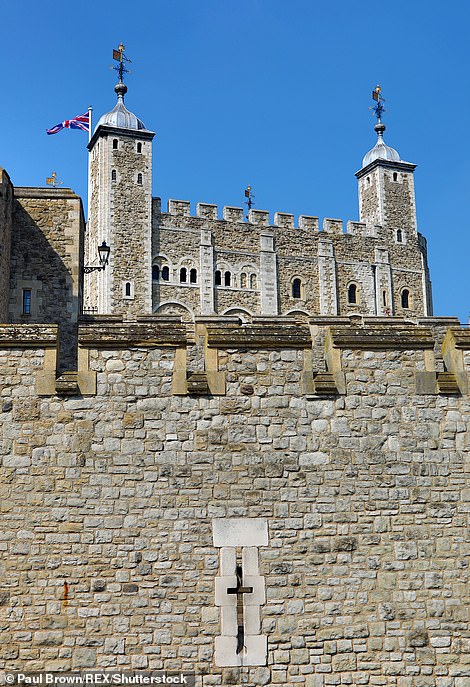 The scheme’s supporters deny it will diminish the Tower of London, pictured

‘We have not seen clear and convincing evidence that this harm would be outweighed by public benefits, and we therefore can not support the proposals.’

The Tulip would be built next to 30 St Mary Axe, also known as The Gherkin.

Foster + Partners said the building would weigh the same as ’80 fully loaded Airbus A380s on a footprint that is half the size of a single plane’.

They said it would create ‘a new state-of-the-art cultural and educational resource for Londoners and tourists’.

Under the plans, it would include glazed observation levels supported by a huge concrete shaft which will give tourists a bird’s-eye-view of London.

The plan has already received an objection from London City Airport which wants planners to check if it would interfere with radar systems.

If built, the tower would become the second tallest building in the city behind The Shard, which is nearly 310m tall.

The deadlines for comments on the plans is early 2019 and if approved the project is due to be completed in 2025.

Norman Foster, founder of Foster + Partners, who constructed the new Wembley Stadium, said: ‘The Tulip is in the spirit of London as a progressive, forward-thinking city.

‘It offers significant benefits to Londoners and visitors as a cultural and social landmark with unmatched educational resources for future generations.’