A heroic British ex-pat has tackled a machete-wielding thief who was stealing petrol from a self-service pump outside his house in Thailand.

Raymond Dean, 55, noticed a suspect car parked outside his flat next to the petrol station in Chachoengsao province last Wednesday night.

He went out to take a look and discovered the suspect stealing gas from the pump, but when he accosted the thief, he pulled out a blade and chased the Briton back towards his home.

Dramatic CCTV footage shows Mr Dean facing up to the thug and taking blows across the forearms and at another point the Briton is seen sprinting back to his apartment with the knifeman chasing after him. 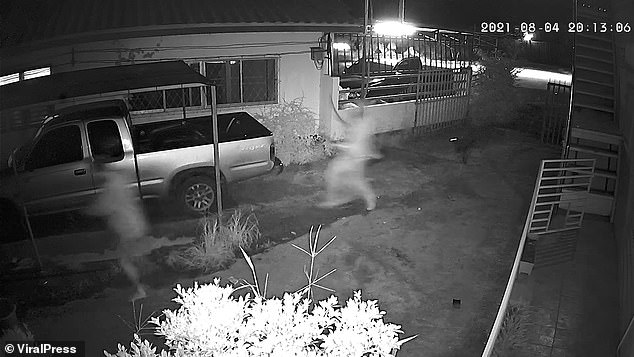 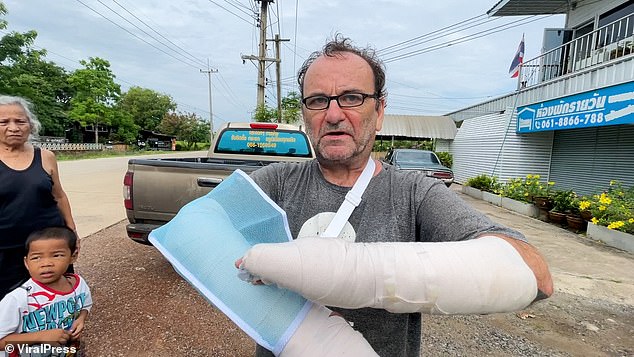 Mr Dean shows off his injuries after receiving treatment. He said of the ordeal: ‘Before the attack took place, the apartment owners showed me CCTV footage of the same car parked at the petrol station hitting on the petrol pump and trying to steal. When I saw him return, I knew I had to help the owners catch this thief. He had been causing alarm for the residents here’ 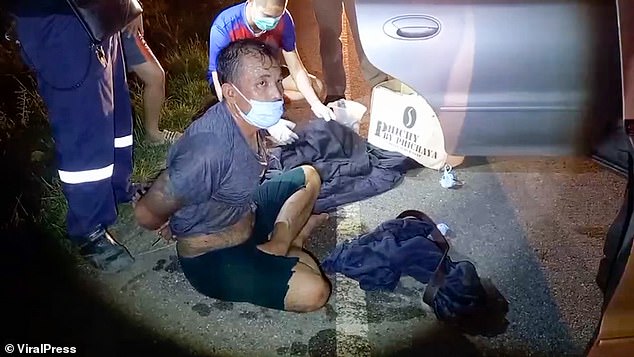 The thief, later identified as Manas Juigeud, 38, is detained following his rampage outside the petrol station 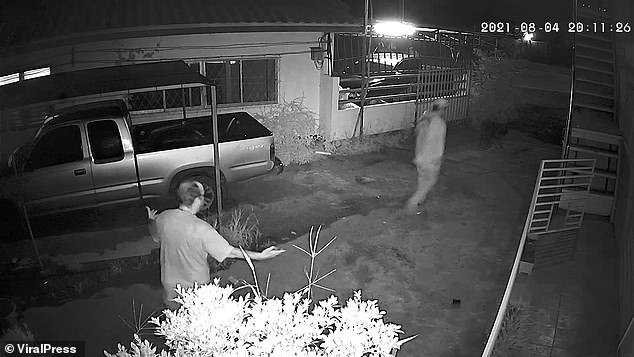 Mr Dean said: ‘Before the attack took place, the apartment owners showed me CCTV footage of the same car parked at the petrol station hitting on the petrol pump and trying to steal.

‘When I saw him return, I knew I had to help the owners catch this thief. He had been causing alarm for the residents here.’

After tackling the thief who was later identified as Manas Juigeud, 38, Mr Dean’s arm was injured with the sword and the man was able to escape.

The foreigner then called out to the apartment owners for help and asked to call the police who captured Manas while driving through an escape route.

Mr Dean was then given first aid treatment for his injuries before he was taken to the hospital so medics could have a closer look at his wounds.

The apartment building owner said that Mr Dean had lived in Thailand for two years and had been kind and helpful towards his neighbours. 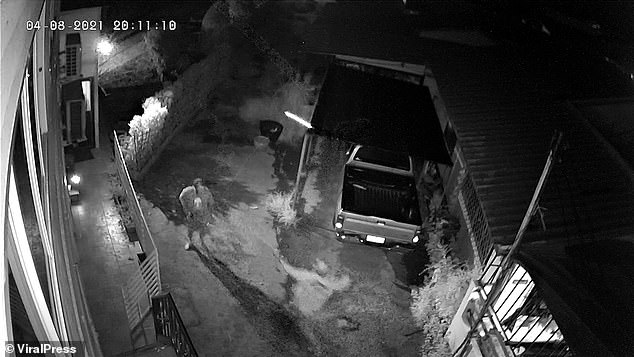 Mr Dean stands his ground as the knifeman rushes towards him 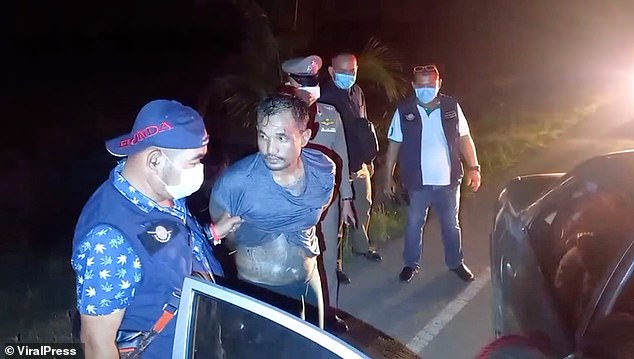 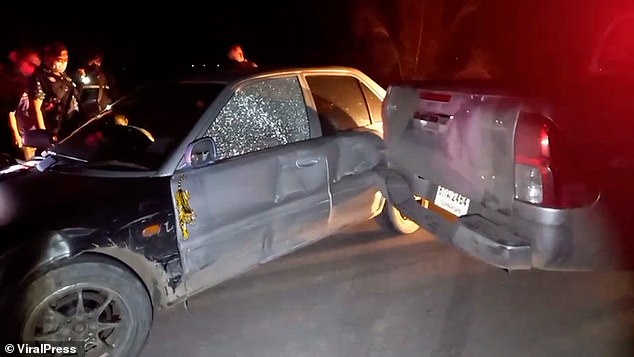 The suspect’s car is badly damaged, with a dent on the passenger-side door, smashed window and bent wing mirror

The owner said: ‘While watching the attack, I called out to the neighbours to help Mr Dean out.

‘The thief ran away when he started to see more people turning up at the scene.

‘Manas tried to steal from us twice but failed to take out anything from the petrol pump this time thanks to Raymond.’

Police later arrested the suspect and he confessed to attacking the Brit and attempting to steal from the fuel machine.