THE San Diego synagogue hero who was fatally shot after throwing herself in front of a hail of bullets to save a rabbi has been praised as a “jewel of our community”.

A close friend of selfless Lori Gilbert-Kaye has written a lengthy, heartbreaking tribute following the 60-year-old's death during Saturday’s horrifying attack in California. 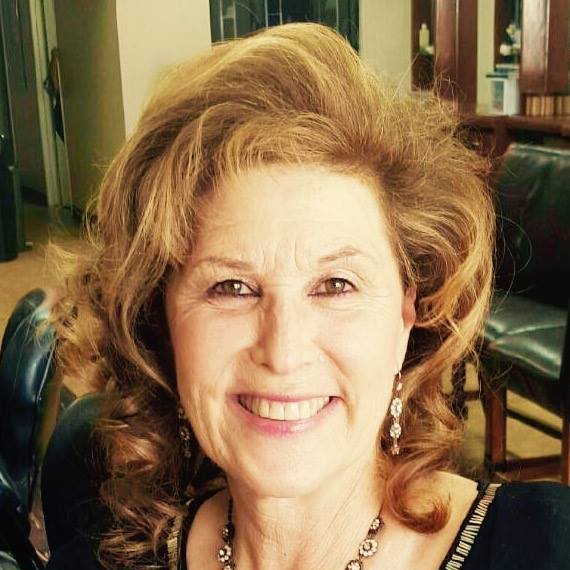 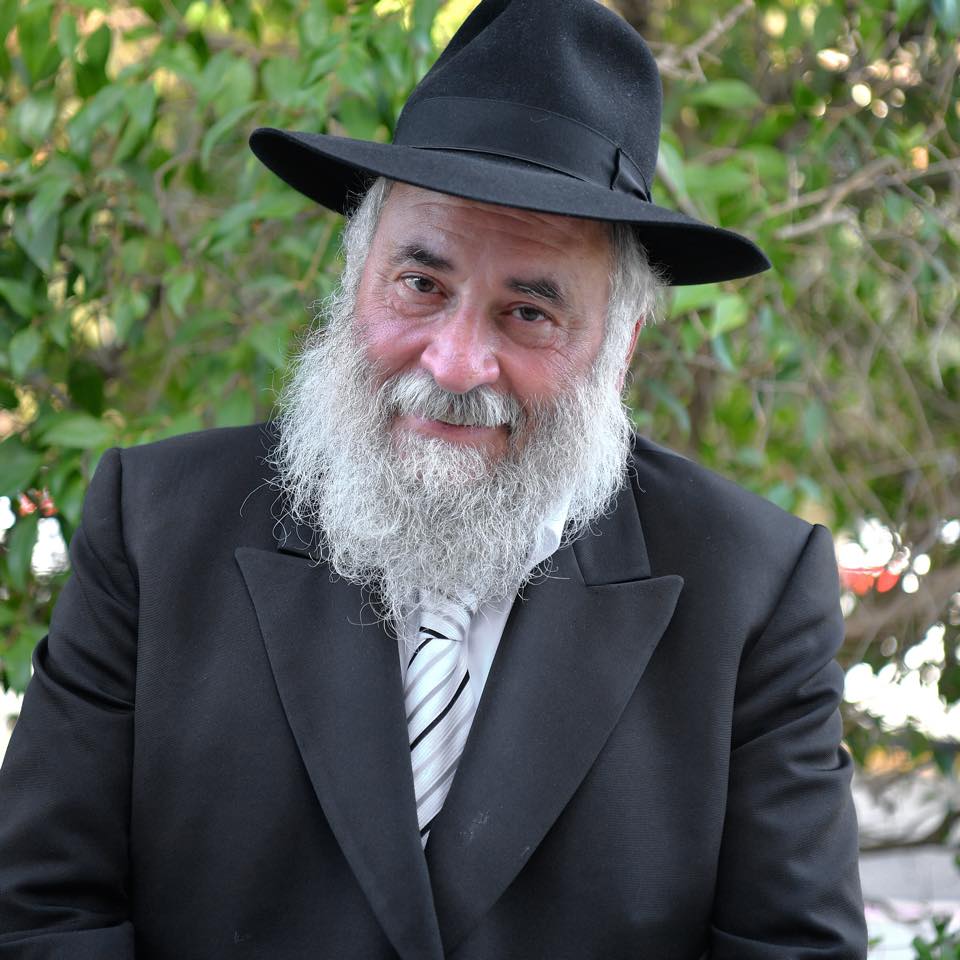 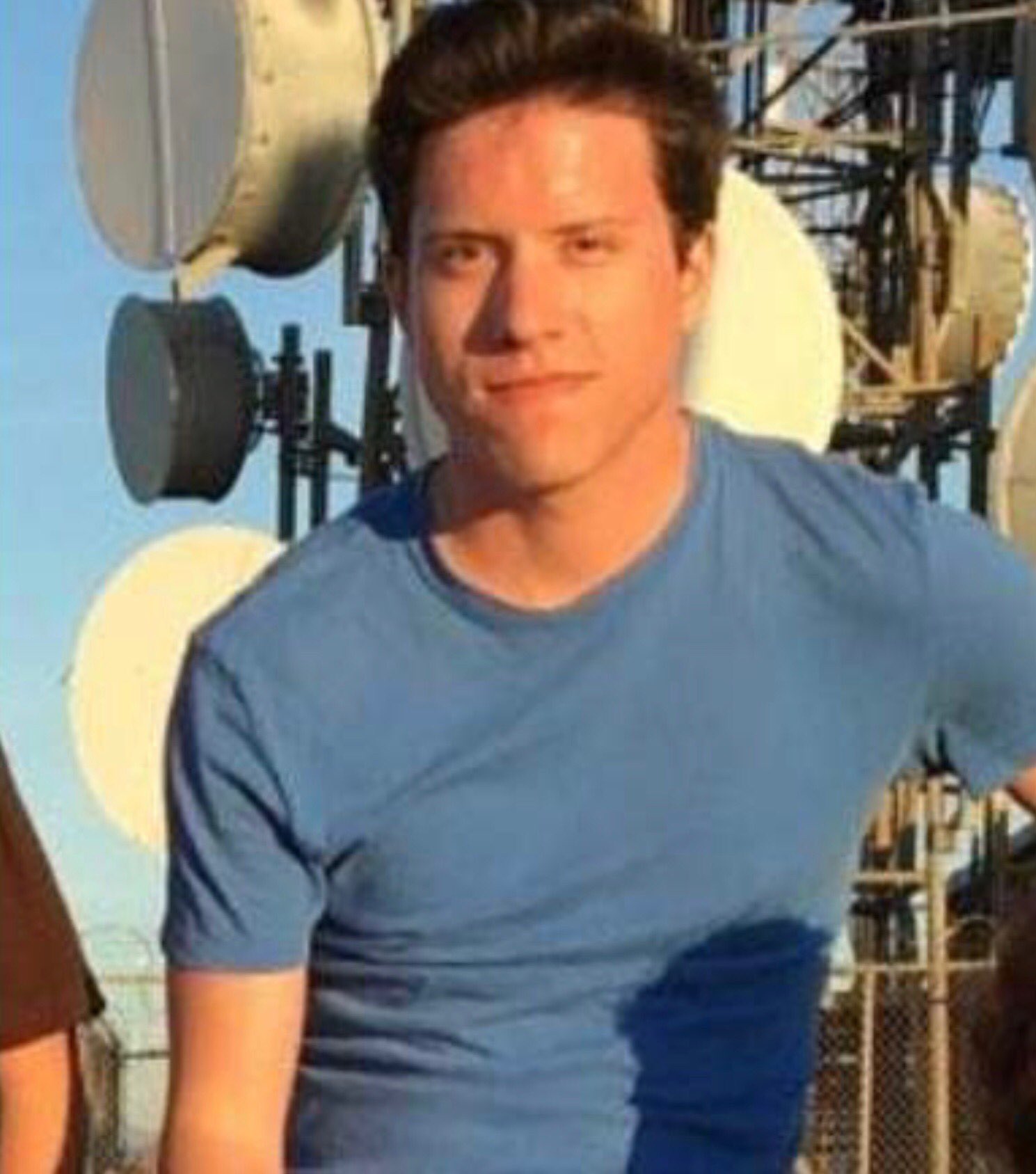 Audrey Jacobs posted on Facebook that a "murderer shot and killed my friend Lori. Lori you were a jewel of our community.

"You were always running to do a mitzvah (good deed) and gave tzedaka (charity) to everyone.

"Your final good deed was taking the bullets for Rabbi Mendel Goldstein to save his life.

"Lori leaves behind a devastated husband and a 22-year-old daughter."

When Mrs Kaye was fatally wounded, the first person who rushed to her aid was her doctor husband, Howard Kaye, who didn't initially realise his wife was a victim.

Ms Jacobs explained that when "Lori was shot, she wasn't next to her husband, Howard, who's a doctor.

"People screamed for help and he ran to give CPR to the fallen victim; when he looked at who it was, his wife, he fainted."

Lori would have wanted us all to stand up to hate. She was a warrior and she will be missed.

Ms Jacobs said that, "Tragically the Rabbi was still shot in both hands and yet he still gave a sermon telling everyone to stay strong.

"When the Rabbi was being wheeled into surgery, he said, 'Let everyone know Lori Kaye saved me'."

In her tribute, the pal poignantly added: "Lori would have wanted us all to stand up to hate.

"She was a warrior and she will be missed. Please, to honour Lori, do an act of kindness today with her in mind."

Authorities allege that 19-year-old gunman John Earnest opened fire as about 100 people were worshipping exactly six months after a mass shooting in a Pittsburgh synagogue.

Earnest – currently being held in custody without bail – may face a hate crime charge in addition to homicide charges when he's arraigned later this week, officials added.

Rabbi Yishoel Goldstein said he was preparing for Saturday's service when he heard a loud sound, turned around and a saw a young man wearing sunglasses standing in front of him with a rifle.

The rabbi told NBC's Today show: "As soon as he saw me, he started to shoot towards me. My fingers got blown away."

The attacker stormed the synagogue wielding an AR-15 and wearing a bulletproof vest and helmet. 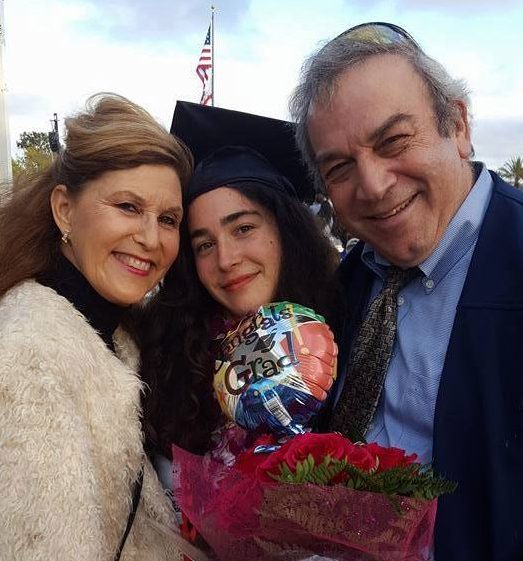 When he brutally opened fire upon worshippers, Earnest was unable to kill more because his gun miraculously jammed, it was revealed by the rabbi last night.

One woman – Lori Gilbert-Kaye – died and three others were injured before a hero off-duty Border Patrol officer returned fire, forcing the shooter to flee.

The San Diego Union-Tribune reports that Mrs Kaye had gone to the synagogue to say a Jewish prayer for the dead, Kaddish, as her own mum had recently died.

A family friend, Dr Roneet Lev, 55, director of emergency operations at San Diego Scripps Mercy Hospital, told the Tribune: "The irony is people will be saying it for her now.

"God picked her to die to send a message because she's such an incredible person."

Friends described Kaye as giving, warm and attentive to community members on their birthdays and when they were sick.

The rabbi said he was heartbroken by her death, adding, "Lori took the bullet for all of us. She didn't deserve to die."

Mr Goldstein – who lost two fingers in the rampage – revealed on Sunday that the gunman's shooting spree was cut short when his weapon malfunctioned.

Earnest, of San Diego, surrendered to police after bursting into the synagogue and opening fire as about 100 people were worshipping on the final day of Passover.

The attack Saturday came exactly six months after a mass shooting in a Pittsburgh synagogue in which 11 people were killed.

Those who were injured: Goldstein, eight-year-old Noya Dahan and her 34-year-old uncle, Almog Peretz were all released from hospital on Sunday.

I was scared, really, really scared. I didn't see my dad. I thought he was dead

Defiant Rabbi Goldstein wrapped his bloodied hand after the shooting and bravely addressed his terrified congregants.

He recalled telling them: "We are a Jewish nation that will stand tall.

"We will not let anyone take us down.

Eight-year-old victim Noya said she had just finished praying and was getting ready to go play with other children when gunshots rang out.

Her uncle rushed her and the other children outside, the girl said.

She suffered a gunshot wound to her leg but doctors told her she didn't need surgery, she added.

Describing the horror, the girl said: "I was scared, really, really scared. 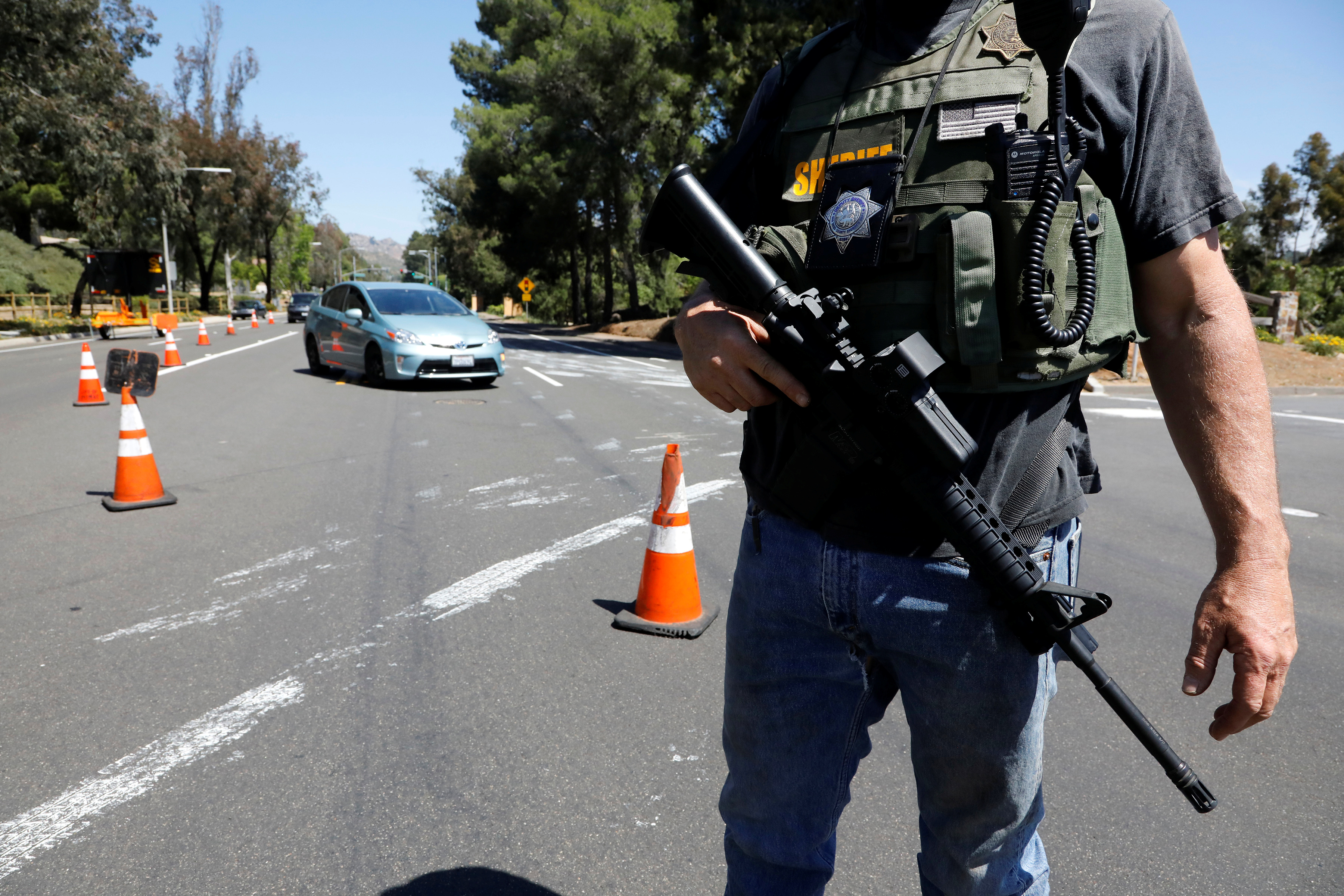 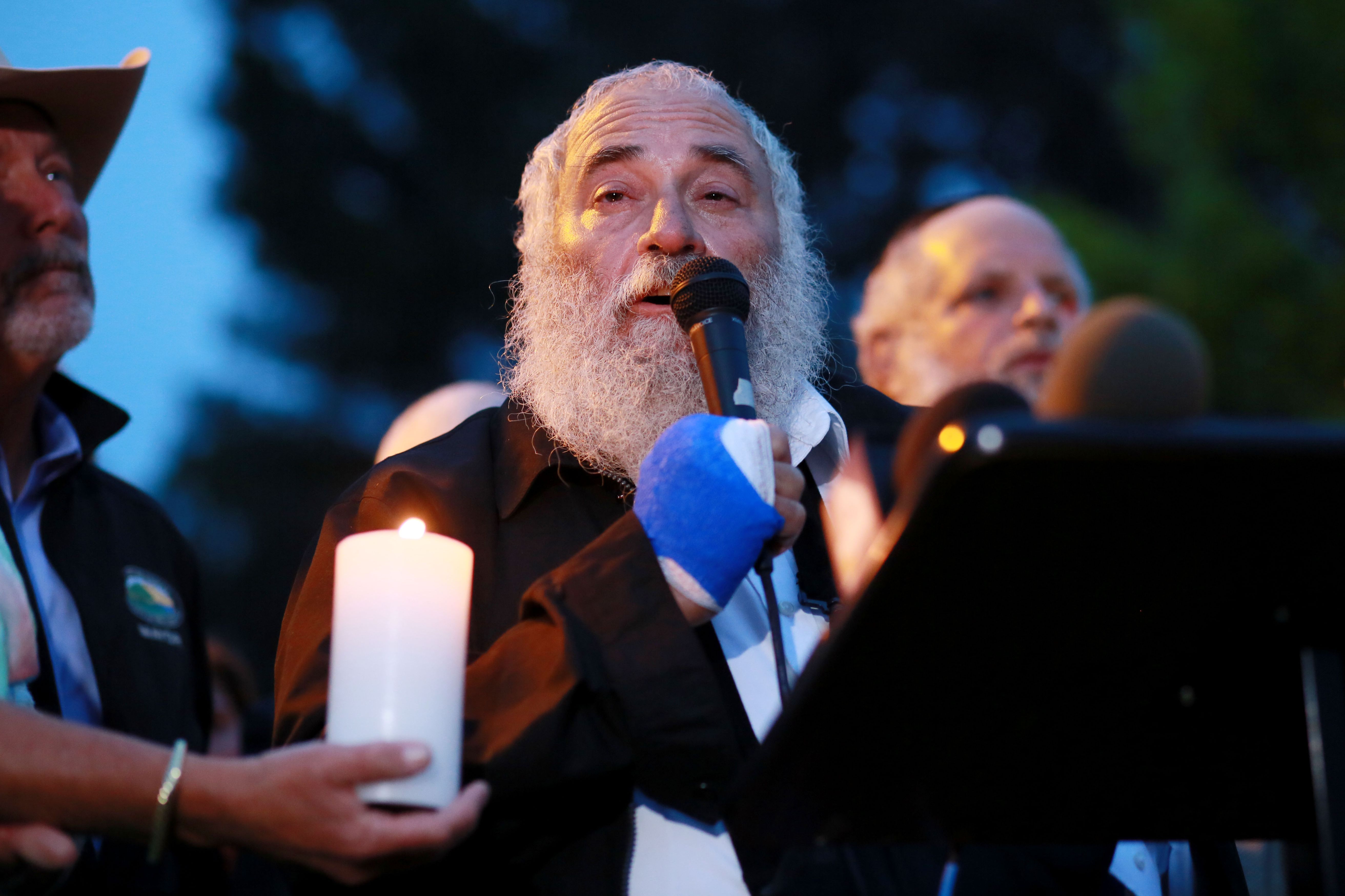 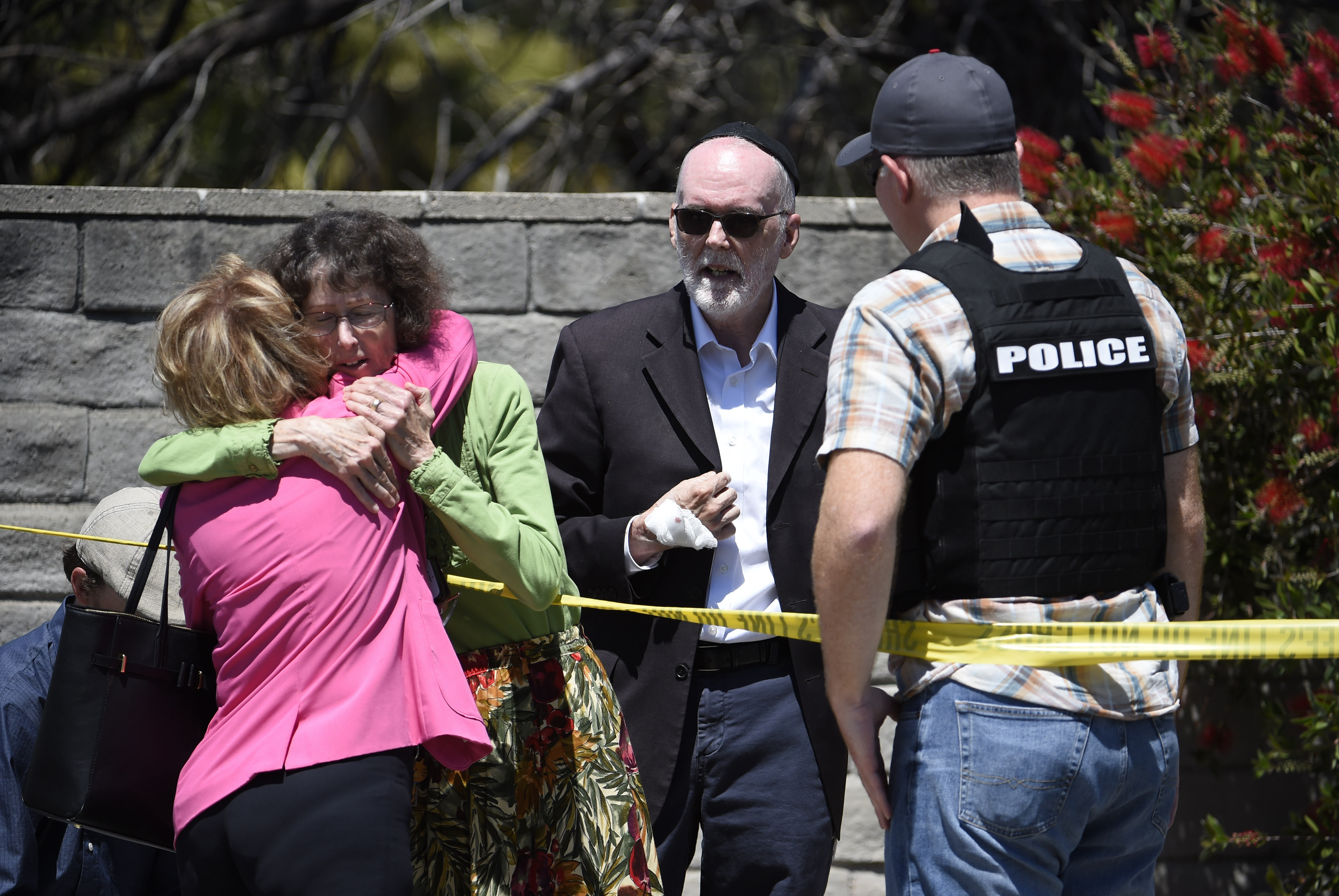 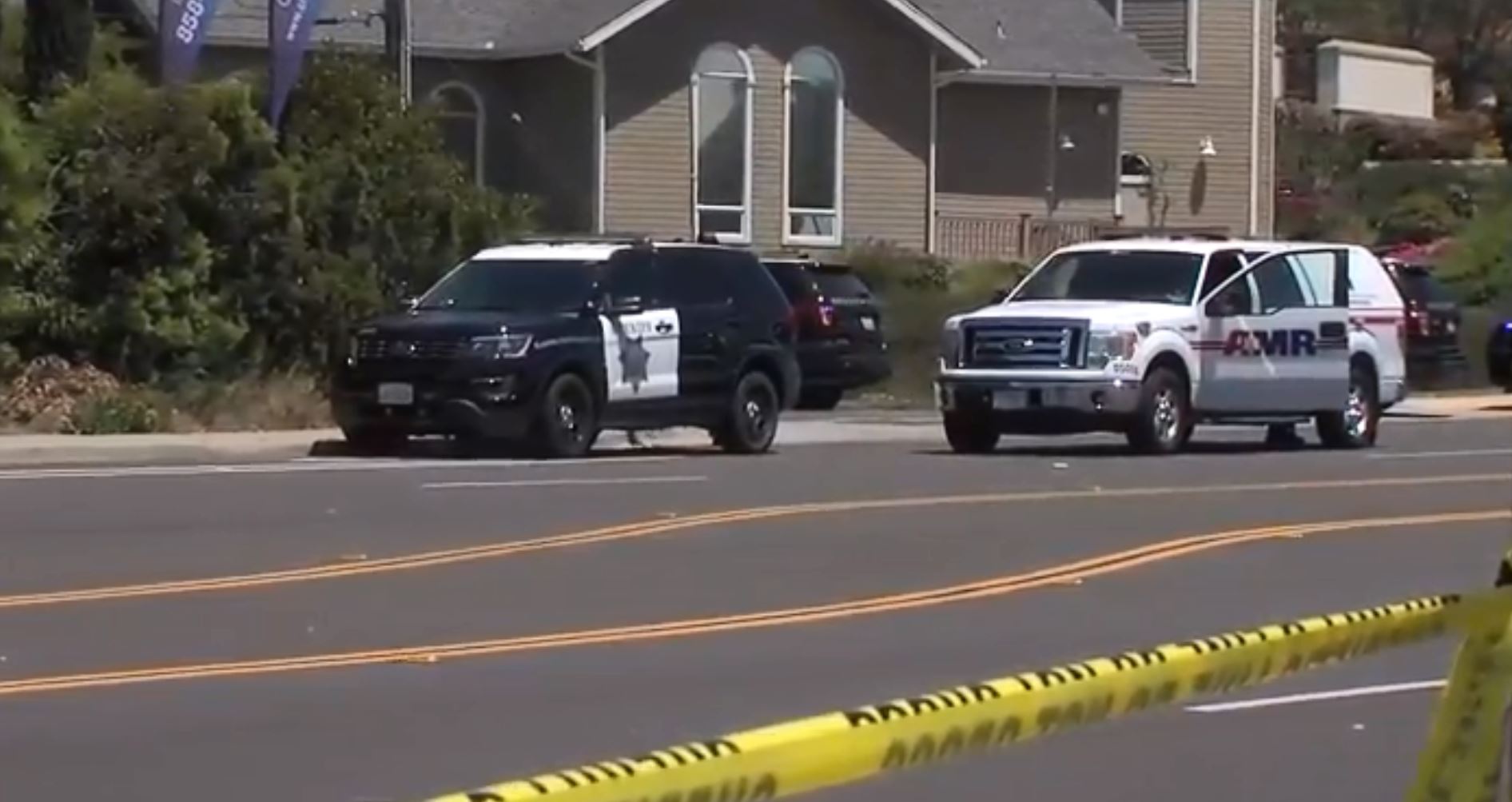 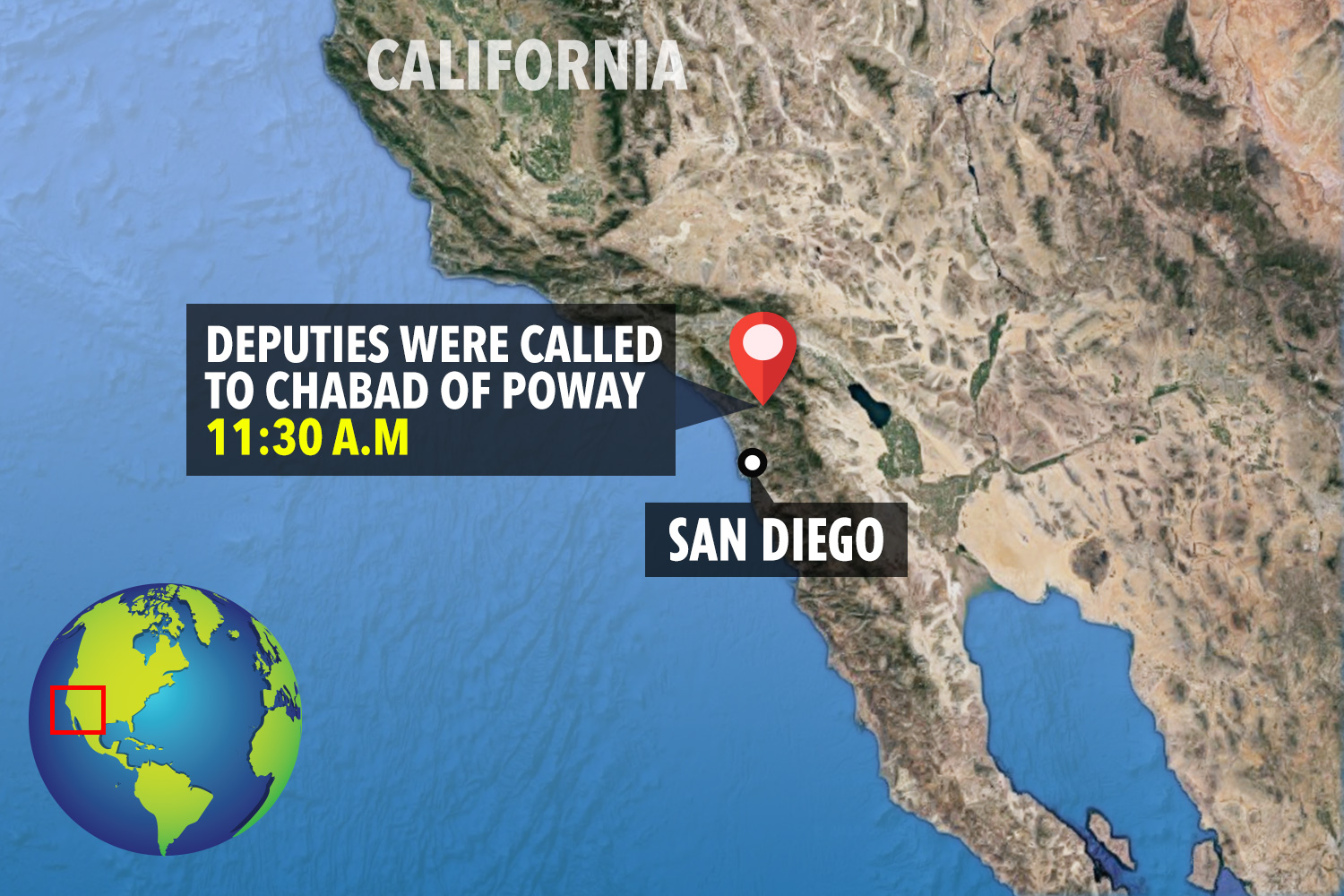 The White House said in a statement: "The President expressed his love for the Jewish people and the entire community of Poway."

Mr Goldstein said President Trump was comforting and spoke about his love of peace, Judaism and Israel.

Detectives are poring through Earnest's social media posts – including what he described as a "manifesto".

In the virulently anti-Jewish and racist screed, the author said he drew inspiration from the suspect behind Christchurch mosque massacre last month that left 50 dead.

He also claimed responsibility for an arson attack on a mosque in nearby Escondido, California, on March 24.

California State University, San Marcos, confirmed that Earnest was a student who was on the dean's list.

A spokesman said the school was "dismayed and disheartened" that Earnest was suspected in "this despicable act."

Dozens of mourners wearing black gathered on a street corner in Poway last night to show their support for the victims.

They carried signs reading "no more killing" and "Shalom."

A young boy sat with a cardboard sign reading "we must do better".