Member of opposition campaign against Egypt’s president was ‘seriously injured’ after men ‘blocked his car’. 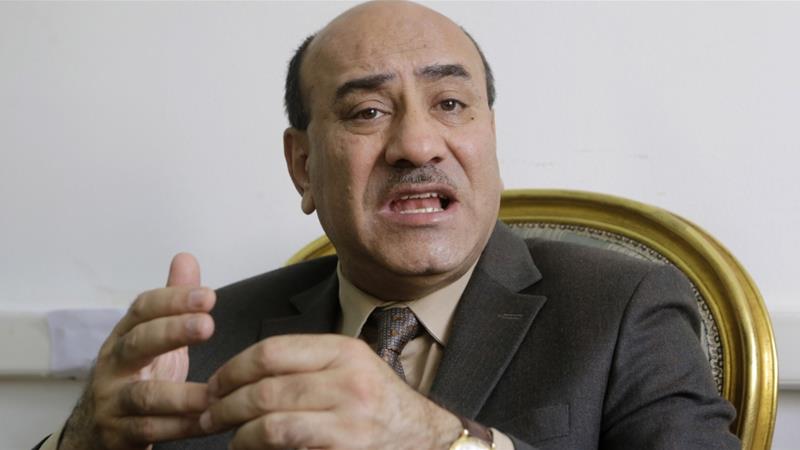 Ali Taha and Tareq el-Awady, lawyers of Hesham Genena, told the Associated Press that three men with knives jumped out of two cars that blocked the path of Genena’s car outside his suburban Cairo home on Saturday.

The men attempted to force Genena into their car, but were stopped by passers-by and a fight ensued, in which Genena suffered injuries to his face and leg.

According to the Associated Press, Genena’s lawyers said his injuries were “serious, but not life-threatening”.

A security official told al-Shorouk newspaper, however, that Genena was injured after a fight followed a vehicle accident.

Genena had been tapped earlier this month to be a deputy to Sami Anan, the former head of Egypt’s armed forces, who initially said he would run in March’s presidential election, but later suspended his campaign after being arrested on accusations he committed violations that “warrant official investigation”.

Anan was also accused of incitement against the military.

Earlier this month, Egyptian authorities stormed the homes of Anan’s presidential campaigners and arrested a number of them. Anan’s campaign announced the suspension of work on their Facebook page out of fear for their employees’ safety.

On Saturday, one of Anan’s lawyer told Al Jazeera that he met Anan at a military prison.

According to Reuters news agency, Anan’s family said earlier on Saturday that they did not know his whereabouts at the time.

Sisi sacked Genena as head of Egypt’s Central Auditing Organisation (CAO) in 2016 after he reported that tens of billions of dollars had been lost to government corruption.

Genena was appointed head of CAO in 2012 by former President Mohamed Morsi, a member of the now-outlawed Muslim Brotherhood. Morsi was overthrown by Sisi in July 2013.