THIS is the hilarious moment an alpaca invades a football pitch and charges at players during a lower league game.

The bizarre intruder ran onto the pitch during a game between semi-professional teams Carlton Athletic and Ilkley Town AFC in Wakefield, West Yorkshire yesterday afternoon. 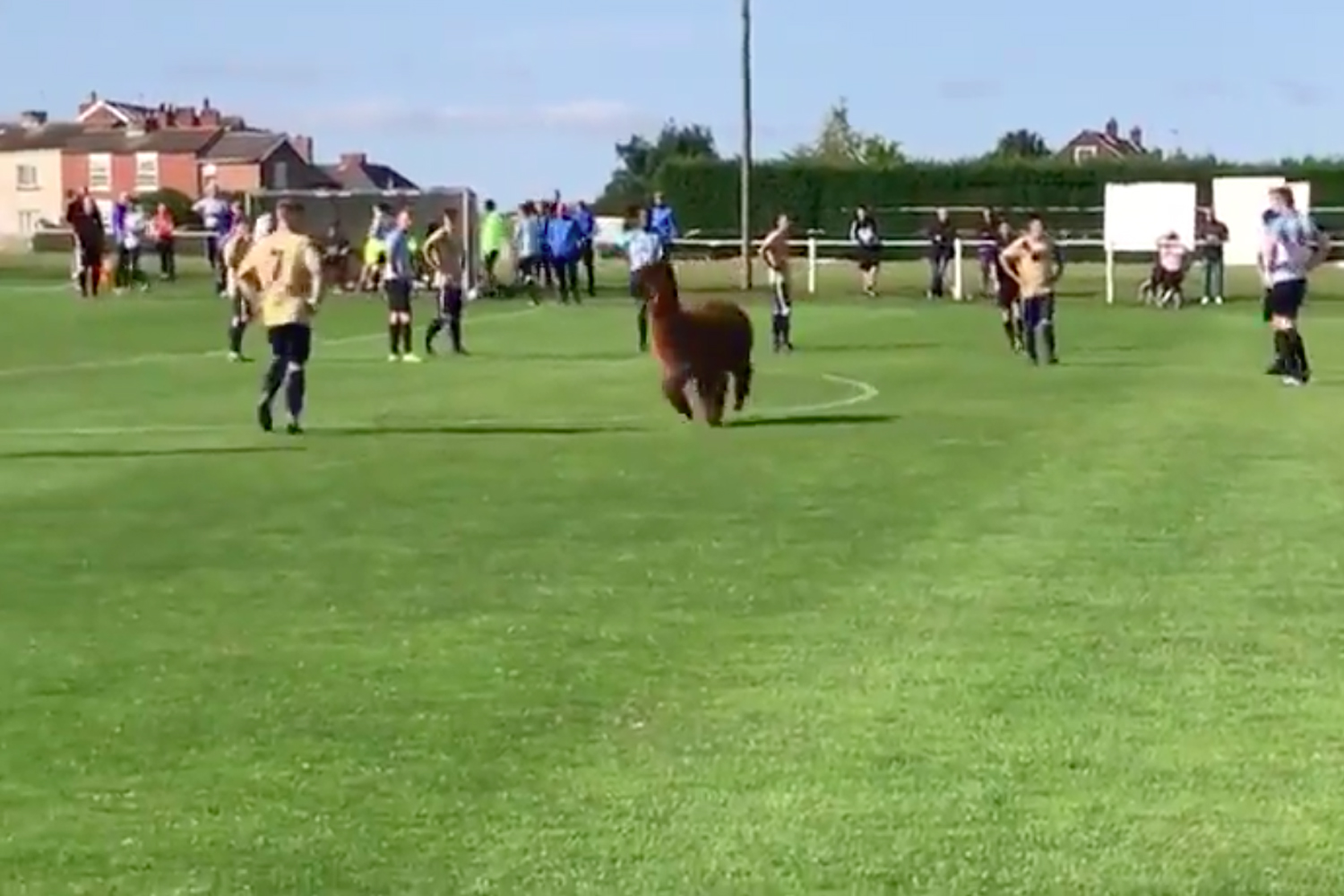 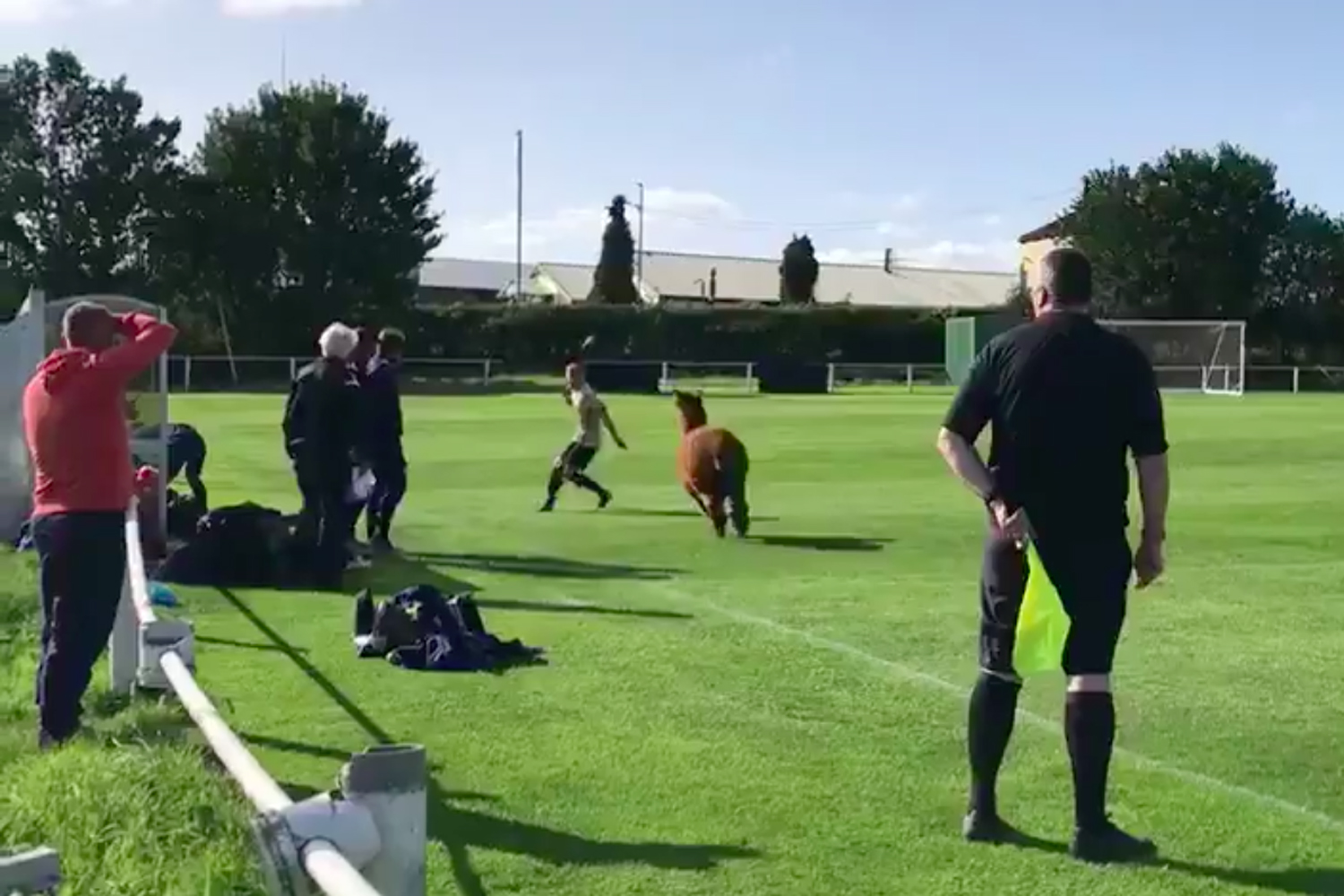 Video shows the mammal making its way onto the pitch right in the middle of the game.

The bemused players quickly move out of the animal's way as it charges around the field.

The alpaca stops briefly and looks at one of the players before sprinting towards the touchline.

It then decides to chase one of the Ilkley Town players, who performs a quick move to dodge the advancing animal.

The alpaca then walked away from the side of the pitch and the game was able to resume.

Ilkley Town shared a video of the incredible scene to Twitter yesterday.

The footage has been viewed almost 500,000 times, and has attracted some hilarious comments.

"No cause for a-llama!" one person posted, while another wrote: "Great diagonal run from the alpaca".

Another said: "I'm used to seeing the odd donkey on the pitch but never an alpaca."

It is unclear how the alpaca was able to run onto the pitch, but photos of the ground appear to show mammals grazing in a field near the area. 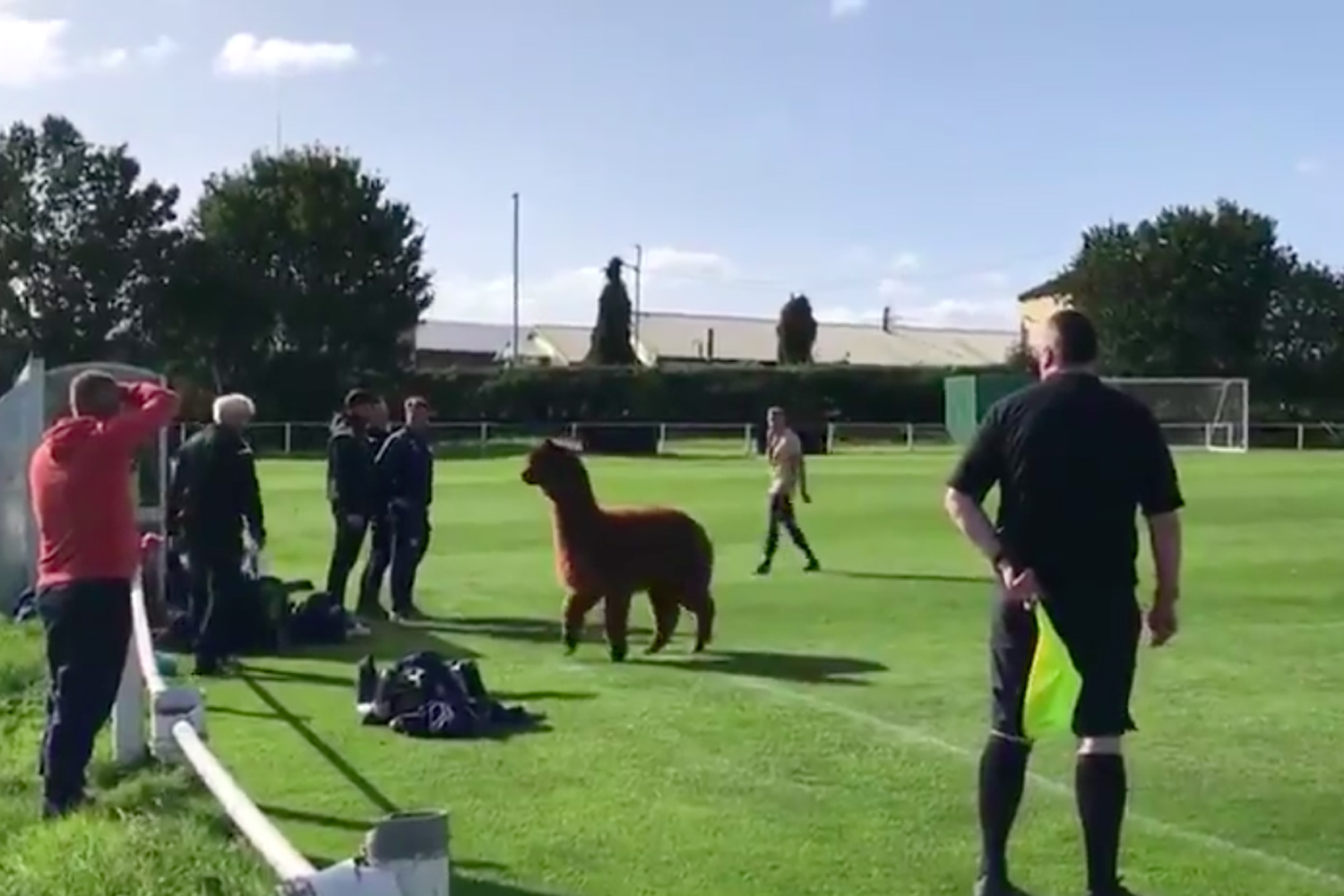 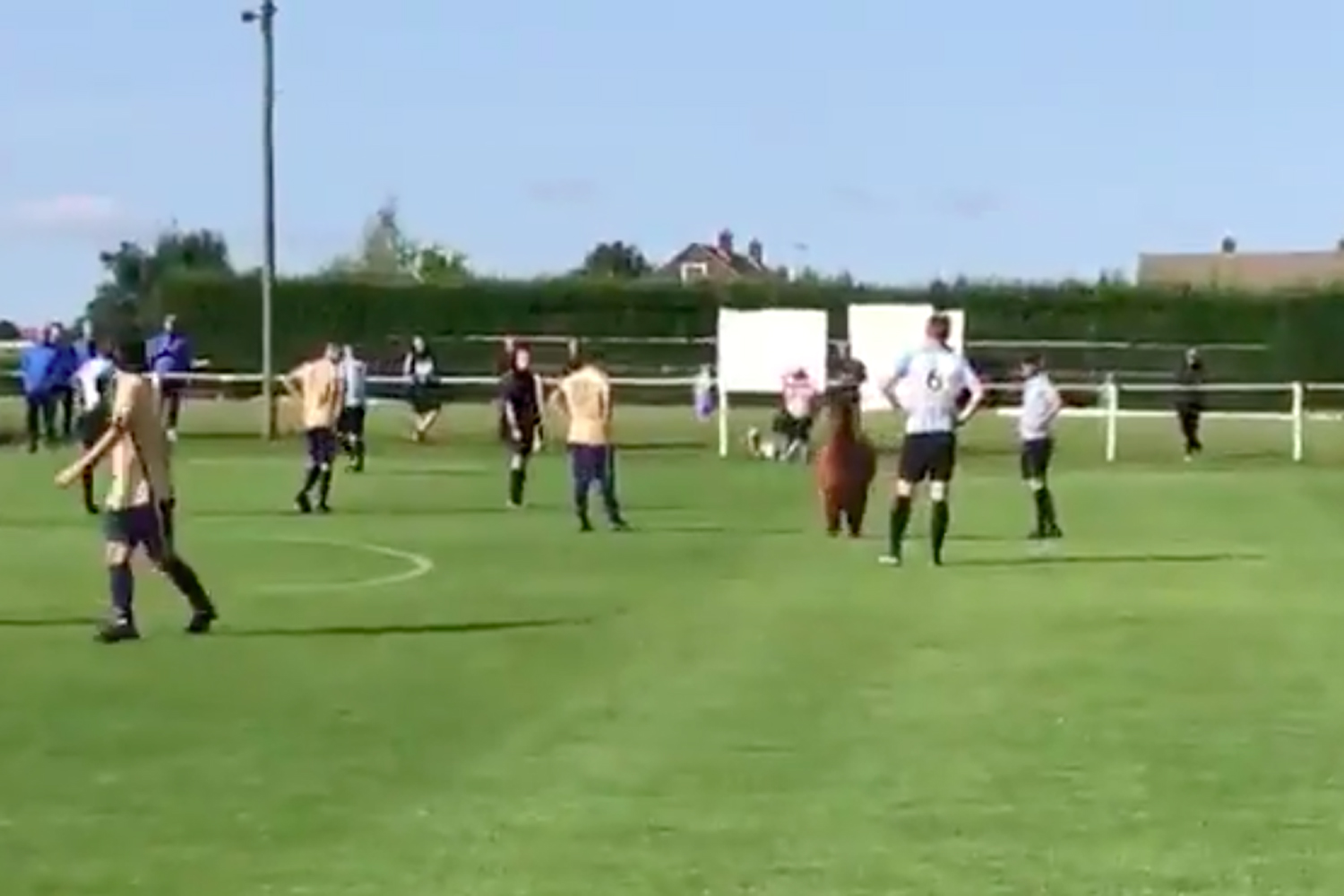