The family of a British holidaymaker who drowned in Sri Lanka have criticised the resort for failing to warn guests about the serious dangers and the lack of safety measures.

An inquest at Ruthin, north Wales, heard that Andrew Critchett, 49, was wading in the sea with two friends when they were swept off their feet by a strong wave and then struggled against a rip tide.

The Halfords manager was a strong swimmer, but as he was swept out he shouted to his friend Tommy Robinson : ‘I think I’m in a spot of bother.’ 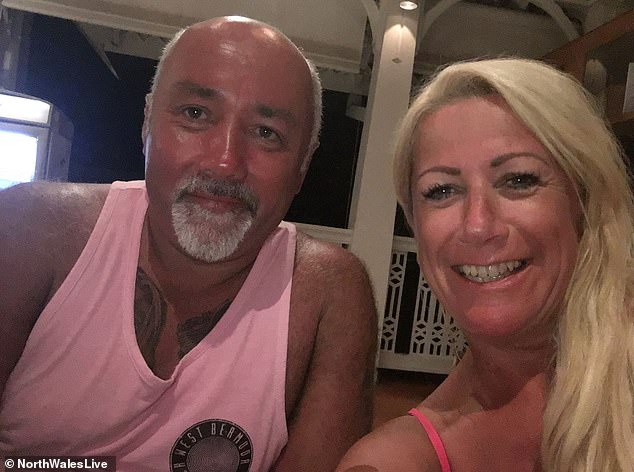 Andy Critchett, pictured with his wife Lesley, was swept off his feet by a strong tide while wading in the sea

His body was eventually spotted just 15 metres offshore but despite desperate efforts by his other friend, Leicestershire policeman Zane Jenkins, and a nurse, he could not be revived.

Mr Critchett and his wife Lesley, who had been married for 23 years, were staying at the Centara Ceysands Resort and Spa on the Bentota Peninsula in October, 2018, with Mr Robinson and his wife Joanne.

They became friendly with Mr Jenkins and his partner Ebony Stevens, who were about to return home the following day when the three men decided to go for a walk in the sea.

The water was described as ‘choppy’ and a red flag, indicating that anyone entering the water did so at their own risk, was flying.

‘We were all aware of how strong the waves and were all jumping up and down,’ said Mr Jenkins in a statement to Sri Lankan police.

A particularly strong wave took them by surprise and they were pulled under. 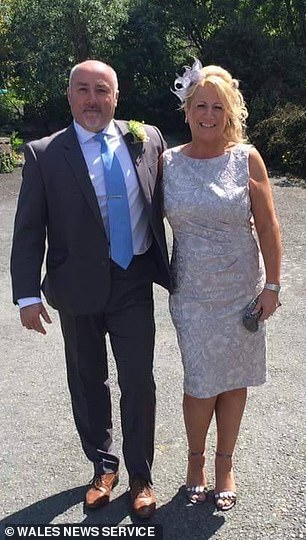 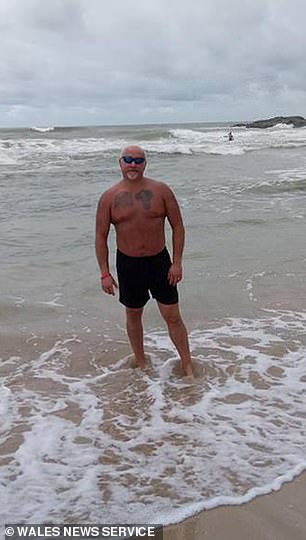 Mr Critchett and his wife Lesley, who had been married for 23 years, were staying at the Centara Ceysands Resort and Spa on the Bentota Peninsula

They laughed about it but then Mr Critchett, an experienced diver, appeared to be in trouble.

While his wife, who had been taking pictures of them, ran to the hotel for help, the two men tried to reach him, and very quickly hotel staff arrived and stripped to their underpants.

Mr Jenkins said: ‘I felt he didn’t want to admit he was struggling.

‘The waves had dramatically got worse and the staff and locals were struggling.’

After he had been pulled ashore Mr Robinson said: ‘I was so close to getting to him.’

Mrs Critchett was not present at the inquest but in a statement said local men had said her husband was the third person to be pulled out of the water in the same area. 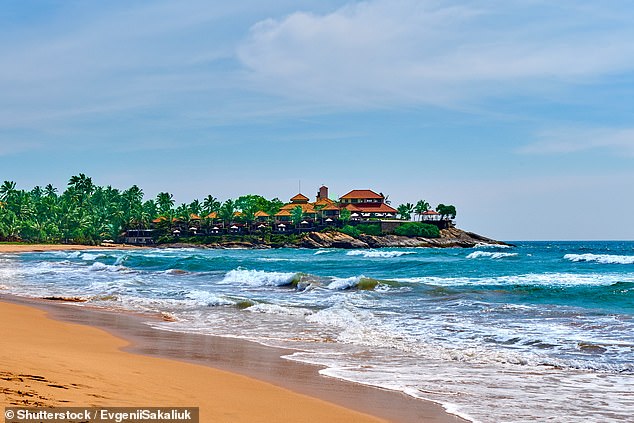 The water at Bentota beach (pictured) in Sri Lanka was described as ‘choppy’ and a red flag, indicating that anyone entering the water did so at their own risk, was flying

Members of his family, who did not want to be named, said they were concerned that there were no lifeguards on duty and no safety equipment, and the hotel did not have a defibrillator.

Recording a conclusion of accidental death, John Gittins, senior coroner for North Wales East and Central, said his jurisdiction did not extent to making any recommendations in such situations.

But he added: ‘Travel agents and holiday companies do carry out assessments and inspections and these things can be highlighted.’