Drug users can get their class A substances tested without fear of persecution, under new government plans that critics think has the UK heading towards decriminalisation.

The Home Office insists this is not the case but they will be licensing a series of laboratories where addicts can take their dose-size samples to go under the microscope.

The Loop, a non-profit organisation that tests drugs at music festivals, are planning five centres in regional hubs like Manchester and Bristol.

Users will take their heroin and cocaine, for example, and after a 20-minute consultation with a Loop healthcare professional they will receive the results from the substance testing. 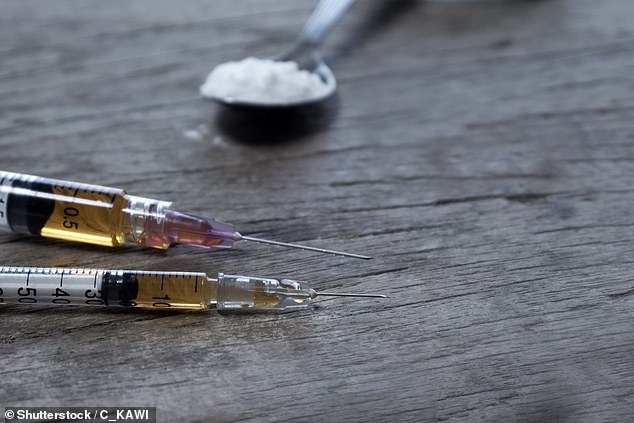 The Loop, a non-profit organisation that tests drugs at music festivals, are planning five centres in regional hubs like Manchester and Bristol. Stock image of heroin paraphernalia

During the testing, the user will be subject to an assessment on their drug and medical histories and then given advice on their usage.

A lot of drugs are not what their sellers purport them to be and The Loop see their work as a way of combating fake, and potentially dangerous drugs.

Critics have their concerns but the Home Office says their policy on drug possession is not going to change during this government.

A spokesperson from the Home Office said: ‘It would be wrong to suggest that the decision to issue a licence represents a change in this policy.’

The licence will make it legal for Loop workers to handle the class A substances and last month a team in Bristol city centre made of of the charity workers and an affiliate group tested drugs in a pilot scheme.

The groups director said any drug use is potentially dangerous but likened their work to giving condoms to underage children. 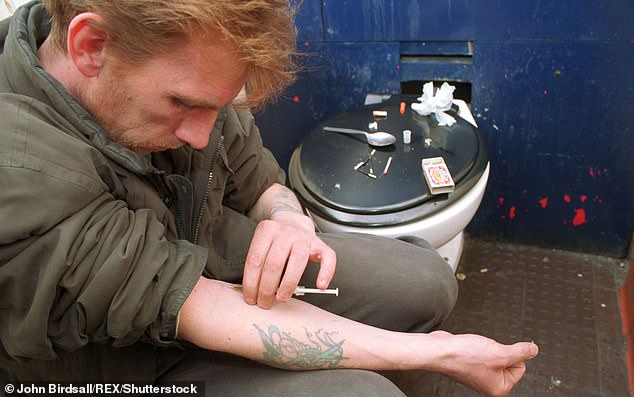 Stock image of man injecting class A drugs. The Home Office says their policy on drug possession is not going to change during this government

Fiona Measham, director of the group and also a criminology professor at Durham University, said: ‘it’s a bit like giving young people condoms.

‘You don’t want to be seen to encourage under-age sexual activity but you prefer people to use a condom than have teenage pregnancies.’

If a dodgy batch of drugs was found during testing, The Loop would call emergency services and put out a warning on social media, detailing areas where the adulterated batch may have been sold.

Addicts will be advised to hand in suspected drugs for destruction.

This is what two thirds of festival goers did previously with the organisation after finding out the substances weren’t what they thought they were.

Professor Measham has now called on the government to fund a Holland-style monitoring system instead of NGOs having to rely on volunteers.

She said: ‘We need money to spend on prevention to save money on health and emergency services.’