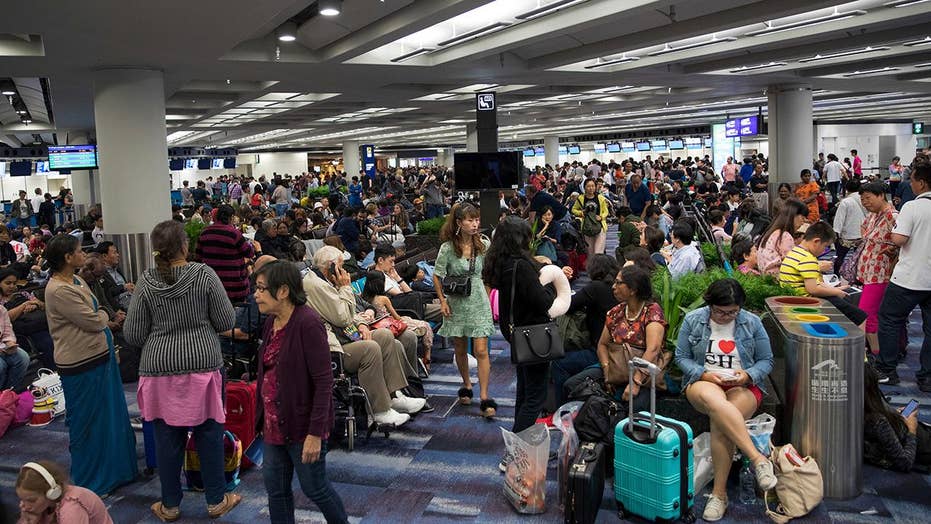 More than 100 flights were canceled at Hong Kong International Airport Tuesday as thousands of demonstrators flooded the airport’s main terminal for the fifth consecutive day, prompting Chinese officials to liken the pro-democracy movement to “terrorism.”

The airport reopened Tuesday, just one day after protesters were able to successfully shut down all operations, only to see further delays as two separate arrival halls and one departure area were clogged by thousands of demonstrators. 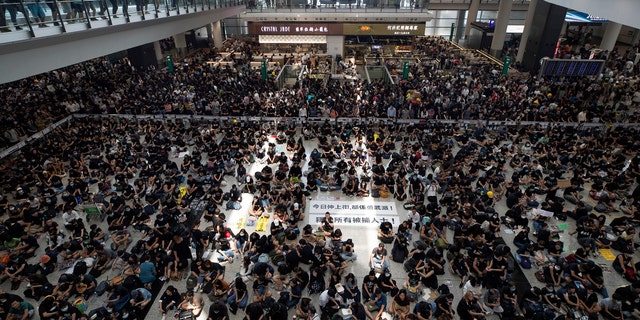 Protesters surround banners that read: "Those on the street today are all warriors!" center top, and "Release all the detainees!" during a sit-in rally at the arrival hall of the Hong Kong International airport in Hong Kong, Monday, Aug. 12, 2019. (AP Photo/Vincent Thian)

For more than two months, Hong Kong has experienced mass protests urging democratic reforms and an investigation into police conduct. The shutdown of one of the world's busiest transport hubs added to what authorities say is already a major blow to the financial hub's crucial tourism industry.

Fox News' Nicole Darrah and The Associated Press contributed to this report.