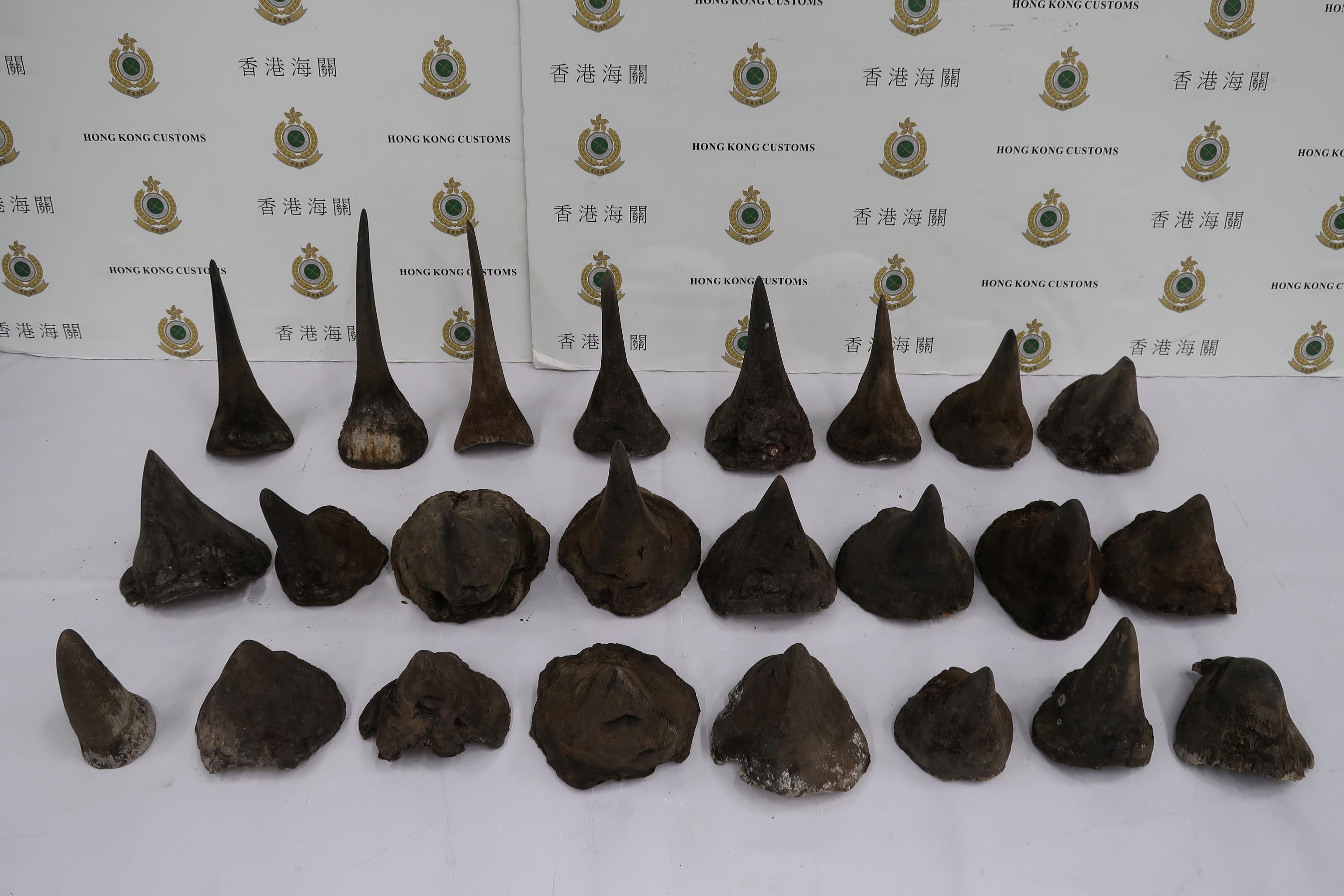 The seizure came less than one month after customs busted a massive smuggling operation from Africa, seizing a record quantity of pangolin scales, along with more than 1,000 ivory tusks.

Customs said the rhino horns were found in two check-in carton boxes, destined for Ho Chi Minh City. Two men were arrested, they said in a statement on Thursday, adding it was a record haul for airline passengers.

“It’s shocking to us that today’s 40 kg rhino horn seizure equates to about 20 percent of the total amount of rhino horn seized in Hong Kong from 2013 to the end of October 2018,” conservation group WildAid said.

The former British colony on China’s southern coast is one of the world’s primary wildlife trafficking transit points, supplying an array of wildlife products including shark’s fin and rhino horn across Asia and particularly mainland China.

Much of the trade supplies the traditional Chinese medicine sector. Highly valued rhino horn for instance, is believed to treat issues from cancer to clearing toxins and curing hangovers.

All species of rhino are listed under CITES Appendix 1 which means it is illegal to trade them internationally. There are under 29,000 rhinos alive in the wild and in captivity.

China has made significant strides in wildlife protection in recent years but it also has formidable profit driven wildlife business interests.

After pressure from some breeders, China’s State Council said in October that it would replace a 1993 ban on the trade of tiger bones and rhino horn, opening up exceptions under “special circumstances”, including medical research.

But in November, Beijing postponed the move following widespread protest from conservation groups.

ADM Capital Foundation, which focuses on environmental challenges across Asia, wrote in a January report that wildlife trafficking should be incorporated under Hong Kong’s Organised and Serious Crime Ordinance (OSCO).

Doing so would provide “a powerful disincentive to wildlife criminals, and importantly, would prevent reinvestment of profits into further criminal activities,” the report said.