A GOAT has given birth to a “humanoid kid” with baby-like features, which some locals see as a “sign from God”.

The animal gave birth to the deformed kid in Gangapur village in Dholai Vidhan Sabha constituency in the north-eastern state of Assam, India. 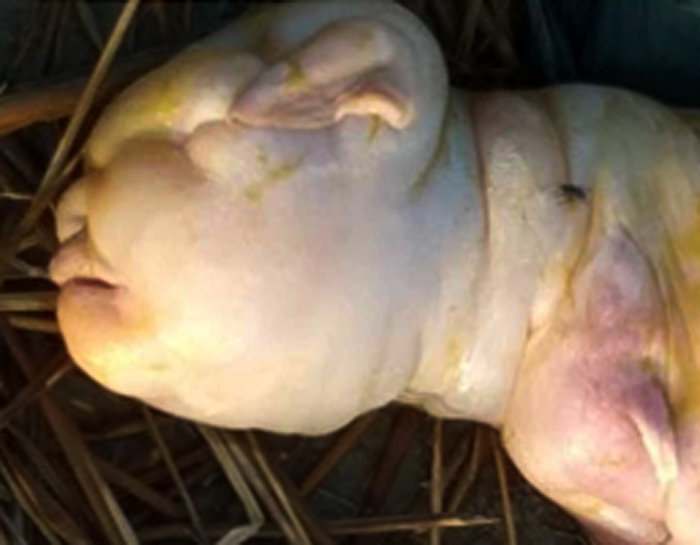 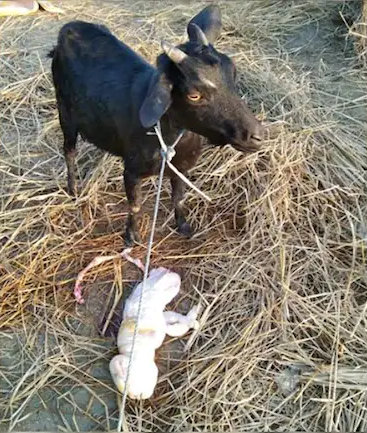 Villagers queued up at the house of the goat’s owner, Shankar Das, 46, in order to catch a glimpse of the eerie-looking kid.

The kid has human baby-like features which included two limbs.

Her face, eyes, nose, and mouth also looked similar to a human baby.

Although its tailing was missing – the ears of the deformed kid gave it features like a goat.

The unusual incident had further shocked the owner of the goat who said he had witnessed it himself for the first time.

“The neighbours rushed to our house. Everyone was left shocked by its appearance resembling a human baby, said Shakar, who has a keen love for animals.

“The goat had already given birth to a kid. It was her second delivery. It has stunned me and the villagers as well,” he added.

“They were excited to see the goat given birth to a female kid. They’re a bit disappointed, but it is what it is. She was alive at birth before dying,” Shankar stated.

Later, the kid’s body was buried leaving the family upset and confused.

“In many areas, it’s considered as the warning. The people see the mutant births as the sign from God,” Rakesh Kumar, a local, said.

While speaking to one of the experts, Fayyaz Ahmed, he told goats are more susceptible when it comes to mutant births.

“The impaired development of the kid in the womb is likely caused by the Rift Valley fever disease. There could be other possibilities as well which led to a genetic mutation,” Fayyaz, a vet, told TIM.

"It's advice that the farmers should take their animals to veterinarians for detailed check-ups," he added.

In January 2020, a mutant baby goat was born and was being worshipped like a god after being born with an eerie-looking human face in India.

At first, the oddball animal left villagers in Nimodia baffled as its freakish facial structure make it look just like a grumpy old man.

However, they now reportedly say the unfortunate-looking creature will be "worshipped as an avatar of god." 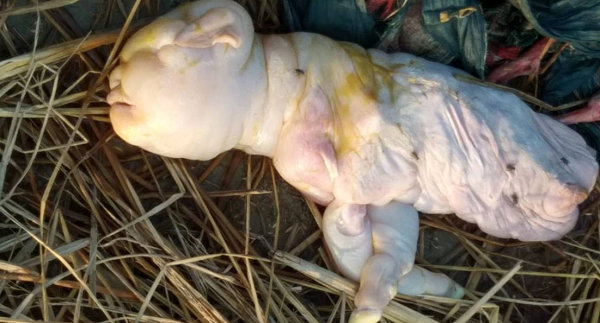 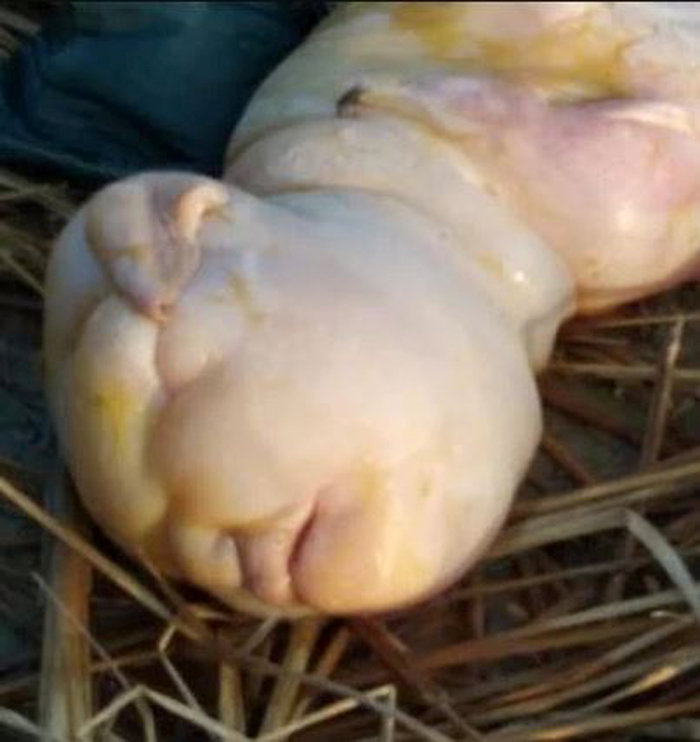