Filly-o-fish? Horse rider is spotted ordering herself a meal in drive-thru lane at McDonald’s

A woman on horseback has been pictured ordering a meal at a McDonald’s drive-thru in Wales.

The bizarre incident occurred at the fast food chain outlet in Blackwood, Caerphilly on Thursday.

Simon White, 46, said he ‘could not believe it’ as he snapped a series of photos which showed the woman waiting in line, paying at the first window and picking up her order at the collection point.

The father-of-three said children rushed outside the restaurant to take photos and cheer and that the event ‘made his son’s day’.

The unknown rider, donning a mustard puffer jacket and riding boots, stayed on her white horse the entire time.

She was seen queuing up in between cars with her purse in hand ready to pay.

Mr White said he later spotted the woman eating her burger after she had trotted off with her meal. 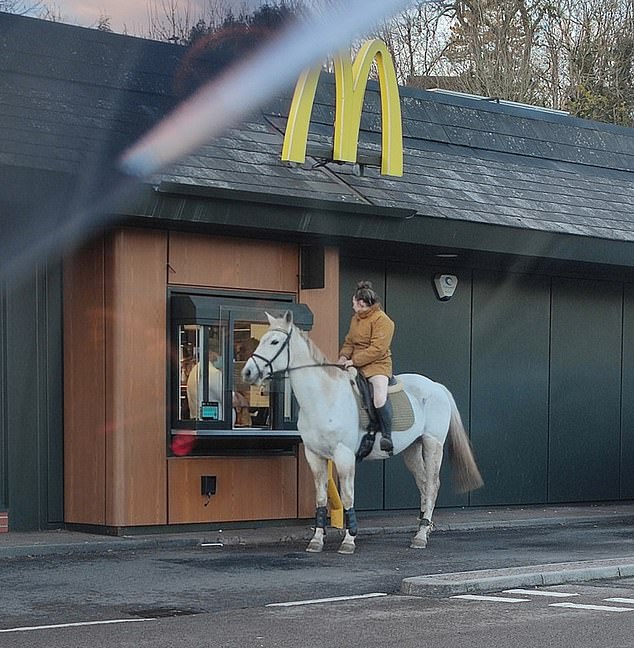 Six Mc-neigh-gets, please: Woman orders at a McDonald’s drive-thru on horseback in Wales 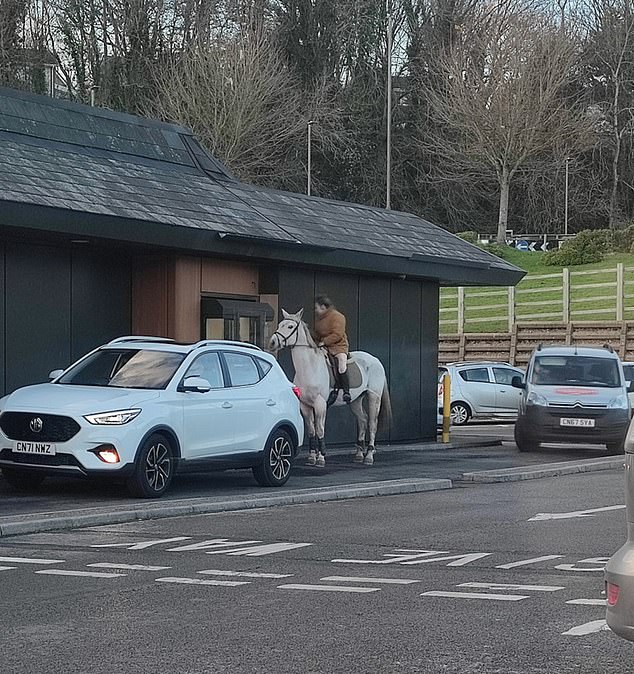 Want fries with your mane meal? Woman on horseback places her McDonald’s order while queuing among cars 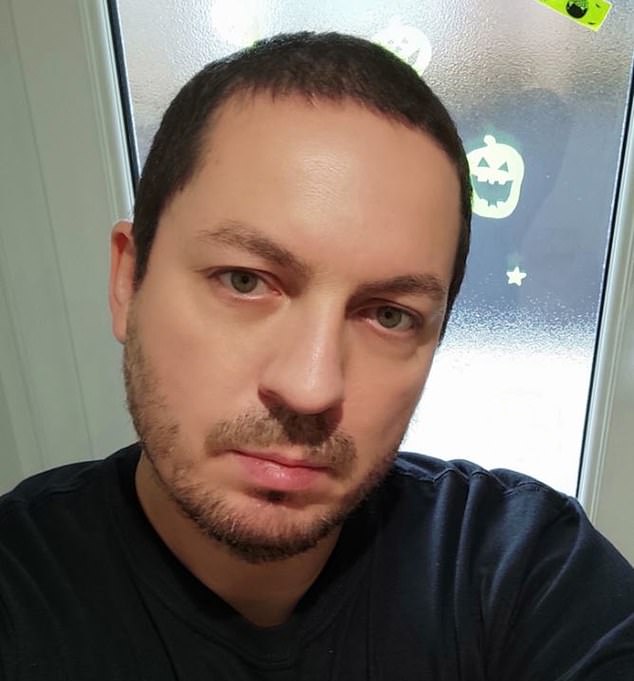 Simon White (pictured), 46, snapped a series of photos which showed the woman waiting in line, paying at the first window and picking up her order at the collection point

The vehicle parts constructor didn’t hesitate in sharing the photos on social media Thursday, writing: ‘Well I’ve seen it all now… only in the valleys.’

Speaking today, he said: ‘I was on my way home from collecting my little one from school when we stopped by for something to eat.

‘We were sitting there waiting for our food when she came round the corner.

‘I couldn’t believe it – the horse was very well-behaved though and she got served no problem, before riding off.

‘A few of the kids who were sitting inside came out to take pictures and cheer her as they thought it was great.

‘She was served and rode off. Then I passed her on the road where she was eating the burger.

‘My son loved it, it really made his day – he was laughing so much. 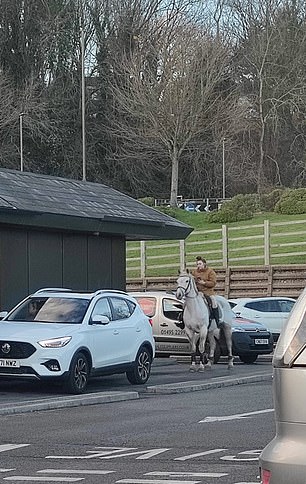 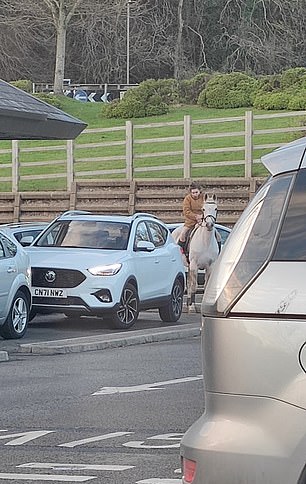 Horsing round: The woman on horseback queued around the drive-thru bend alongside cars in Caerphilly on Thursday 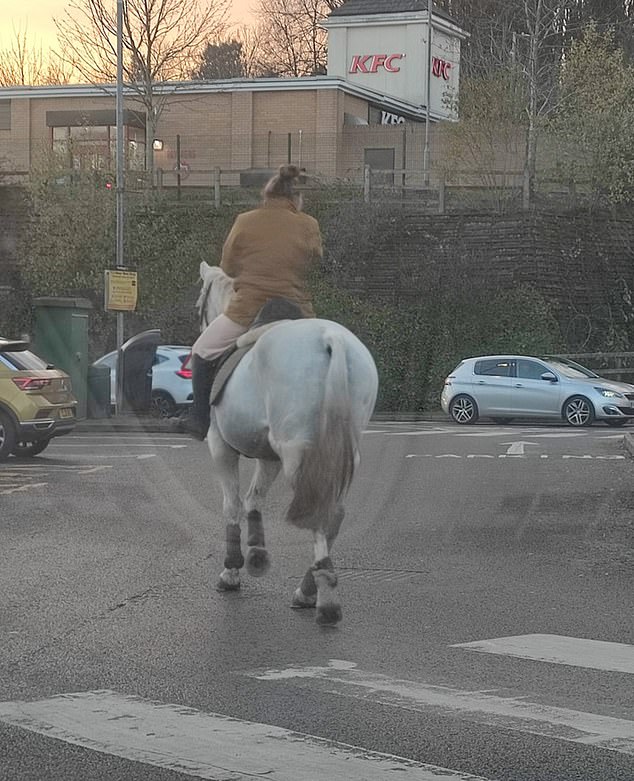 Hoof it! The woman rides off on her horse before being seen eating her burger on the roadside

‘I thought it was really funny as well – it’s something you just can’t imagine seeing unless you live in the Welsh valleys.’

One said: ‘I wonder what the brake power is on that!’, while another quipped: ‘Neigh gherkins.’