Horsing around! Tiny bulldog and his large stable pal give new meaning to French kiss as they enjoy smooches in adorable video

An adorable moment between a horse and his new pooch pal last week has gone viral.

In a clip shared online via Jukin Media the large mammal is seen licking the dog’s face all over and it has attracted the attention of animal lovers online.

Set in a stable in Carentan, France, the animals give a new meaning to French kiss in the clip that lasts longer than 32 seconds. 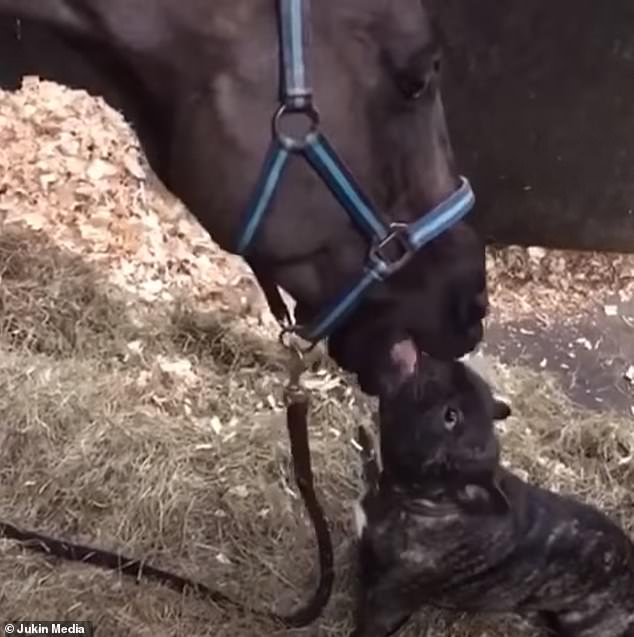 Sky the French Bulldog wanted to give his new horse friend some love in Carentan, France 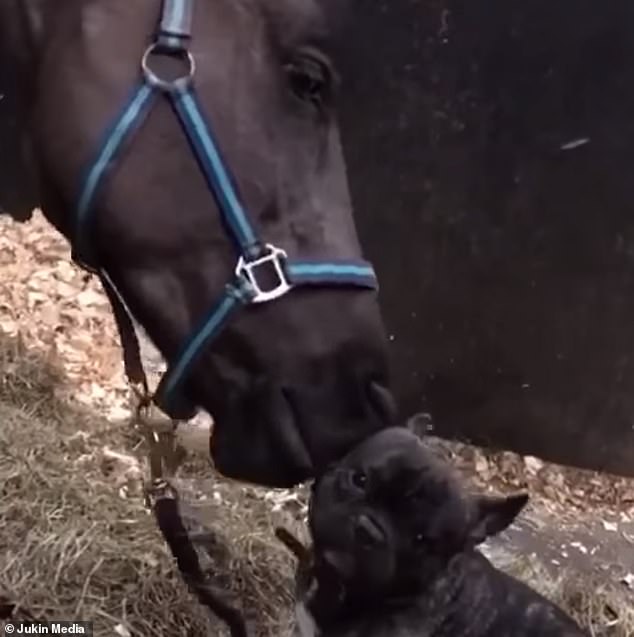 It’s not known how long the pair spent getting to know each other before the video begins.

But the French bulldog named Sky seems to be very much enjoying the show of affection.

As the small canine licks the huge creature’s mouth, the horse returns the love by nuzzling the side of Sky’s face.

At one point the dog peers straight into the camera lens as it receives admiration from all angles.

But like many pets Sky soon appears to seek attention elsewhere could be seen stepping out of the frame to set sights elsewhere.

The chocolate-colored horse’s gentleness with the dark-haired dog much smaller has warmed the hearts of many.

‘So adorable and cute,’ a YouTube user commented after watching the pair horse around. 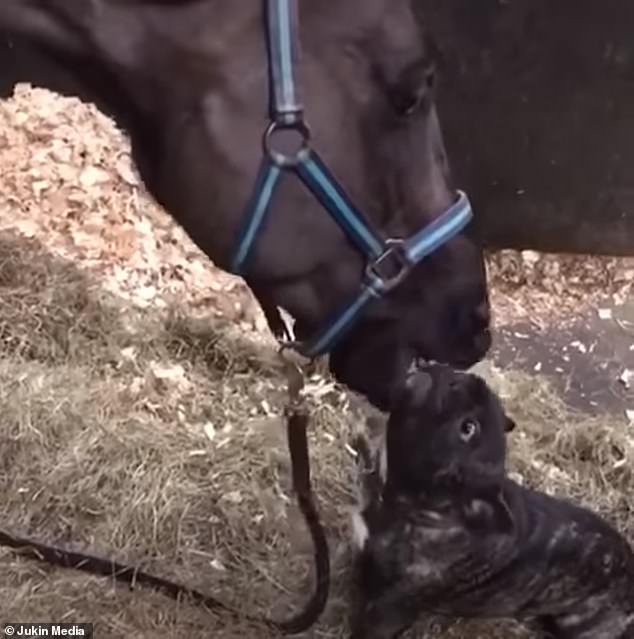