Houmous from Sainsbury’s, Morrisons, Aldi, Lidl, Asda and Nando’s is urgently recalled over fears it could contain dangerous SALMONELLA

Nearly 20 types of houmous from stores including Sainsbury’s Morrisons, Aldi, Lidl and Asda has been urgently recalled over fears it could be contaminated with salmonella.

A supermarket houmous product from peri peri chicken chain Nando’s is also feared to contain the dangerous bug, which can cause dangerous complications in children and the elderly.

The Food Standards Agency is urging consumers not to eat the products, from a producer called Zorba Delicacies Limited, and return them to stores for a refund. 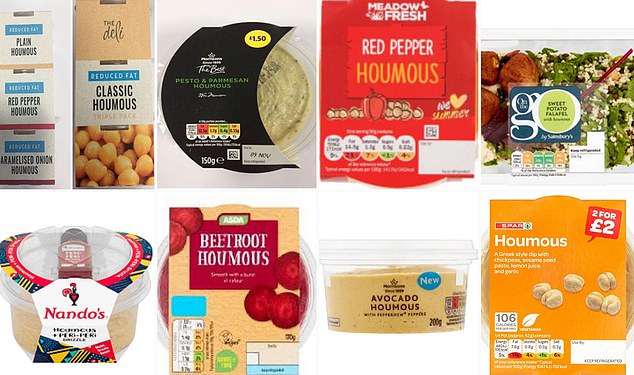 The Food Standards Agency is urging consumers not to eat the products, from a producer called Zorba Delicacies Limited, and return them to stores for a refund

The government department said: ‘The products listed above might be contaminated with salmonella.

‘If you have bought any of the above products do not eat them. Instead, return them to the store from where they were bought for a full refund.’

Symptoms of salmonella infections include diarrhea, stomach cramps and sometimes vomiting and fever.

On average, it takes from 12 to 72 hours for the symptoms to develop after swallowing an infectious dose of salmonella. 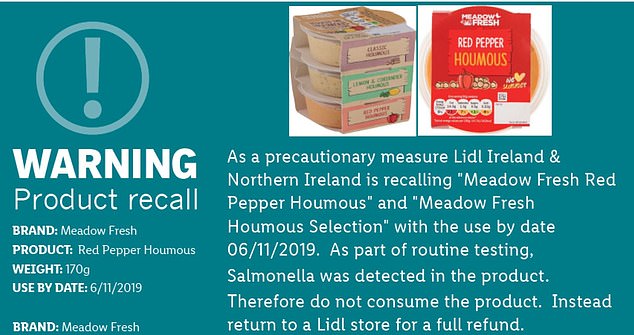 They usually last for four to seven days and most people recover without treatment.

But if you become seriously ill, you may need hospital care because the dehydration caused by the illness can be life-threatening.

You usually get salmonella by eating contaminated food. Contamination is possible if raw and cooked foods are stored together. 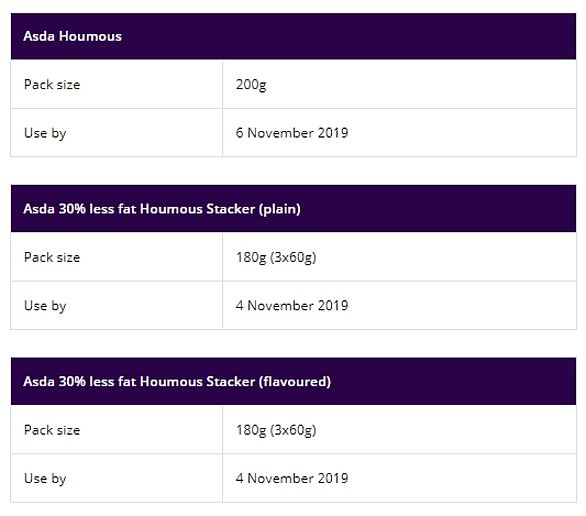 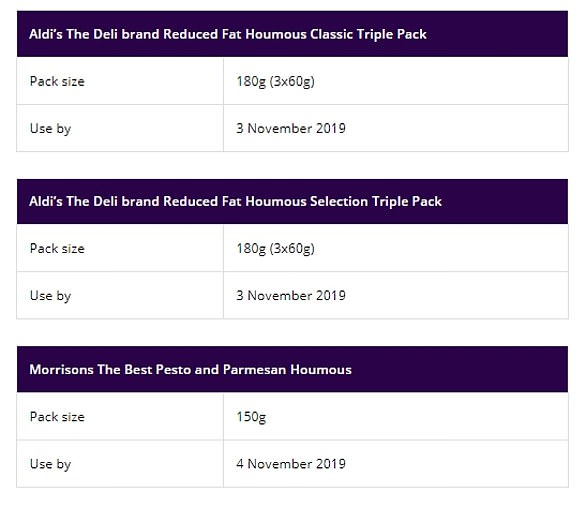 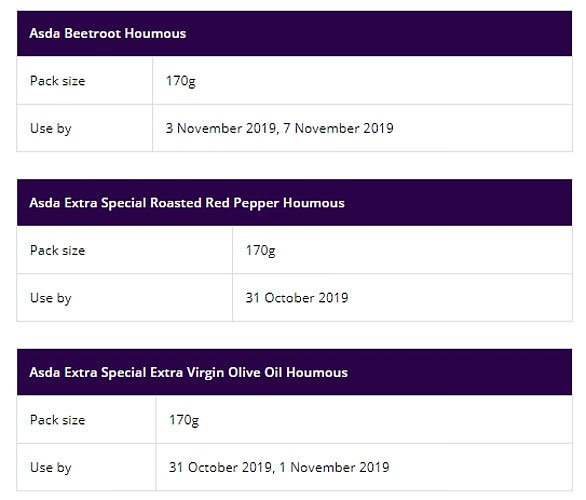 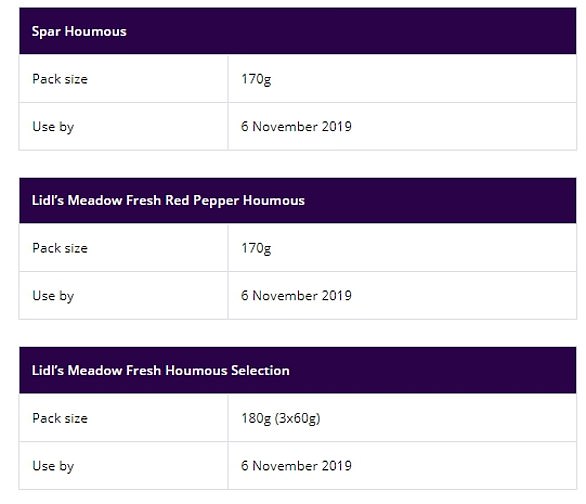 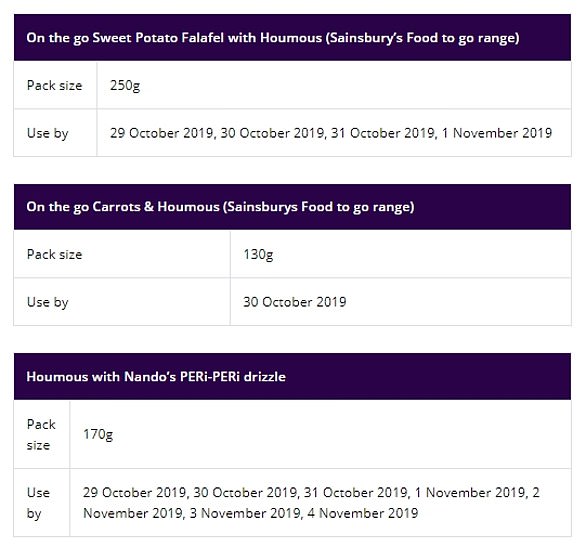 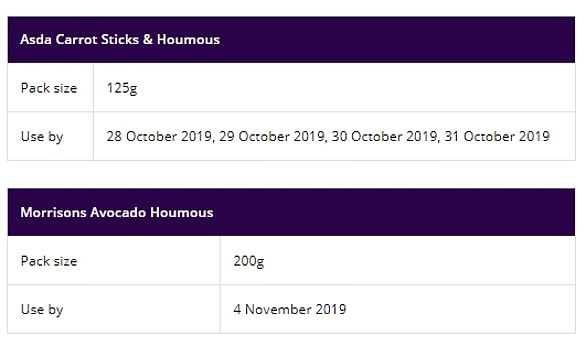