Early Friday afternoon, the House of Representatives voted to pass H.R. 3884, the Marijuana Opportunity, Reinvestment, and Expungement (MORE) Act, a bipartisan legislation that would decriminalize marijuana at the federal level. A historic first, the MORE Act moves on to the Senate where it is expected to face the same fate as the comprehensive COVID-19 relief bill, the HEROES Act.

The MORE Act passed 228-164. Five republicans and Rep. Justin Amash, the only independent member of the house, joined House Democrats in voting yes on H.R. 3884. Six democrats voted no.

The MORE Act removes marijuana from the Controlled Substances Act, allowing states the freedom to set their own policies without the threat of federal interference. It would end federal arrests for marijuana possession, which disproportionately impact Black and other communities of color. Decriminalization provisions are retroactive. 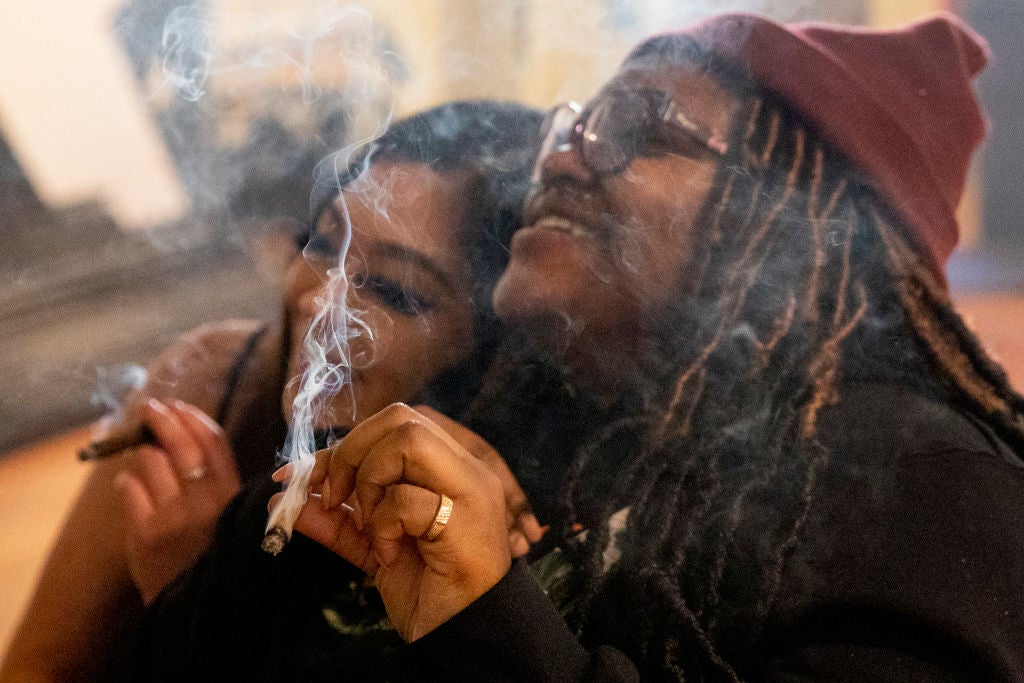 Drug convictions can also prohibit people from taking advantage of federal programs like student financial aid or applying for government employment. Decriminalizing marijuna at the federal level also opens new ownership opportunities for those previously unable to take advantage of the growing cannabis industry. The MORE Act would make it possible for potential business owners to take advantage of small business loans and other programs available through the Small Business Administration.

Friday’s vote is just the first hurdle the MORE Act needs to clear on its way to becoming law.

While some opponents of the bill argue there are more serious concerns, advocates are pushing forward. In an open letter Thursday, The Leadership Conference on Civil and Human Rights urged representatives to vote yes on the MORE Act arguing that “marijuana reform is an effective first step to address criminal justice, racial justice, and public health.”

It has taken nearly a year and a half for the MORE Act to reach this moment. First introduced in July 2019 Vice-President elect Kamala Harris was a sponsor of the senate version of the bill.

“Members of the U.S. House of Representatives on both sides of the aisle now have the opportunity and responsibility to come together and pass this important piece of legislation,” said Steven Hawkins, executive director at the Marijuana Policy Project, in a statement.

“The prohibition and criminalization of marijuana has led to decades of injustice and devastating consequences, and it’s clear that a strong majority of Americans do not support the status quo. It is past time for Congress to take real action.”