It has the makings of a sweet family mantelpiece portrait – however, one of the girls is dead. 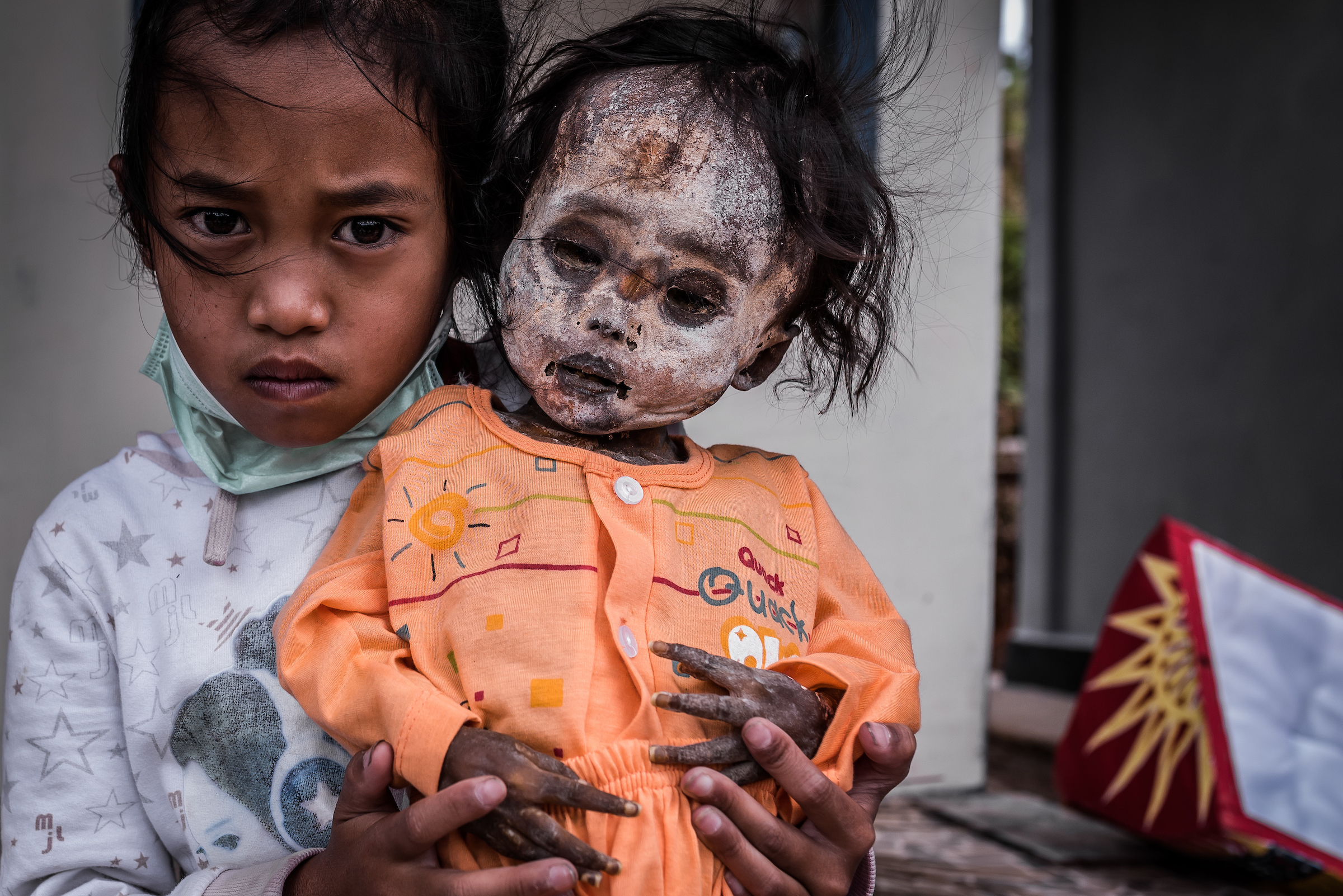 In a mountainous area of Indonesia, the Toraja people mummify the bodies of the deceased and care for their preserved bodies as though they are still living.

There are around one million Torajan people, most of whom live in the South Sulawesi region, who believe that after death the soul remains in the house so the dead are treated to food, clothing, water, cigarettes.

Their skin and flesh are preserved from decaying and rotting – which begins within days of death – by a coating of a chemical solution called formalin, which is a mixture of formaldehyde and water.

The stench is strong, so the family will store lots of dried plants beside the body to mask the odour. 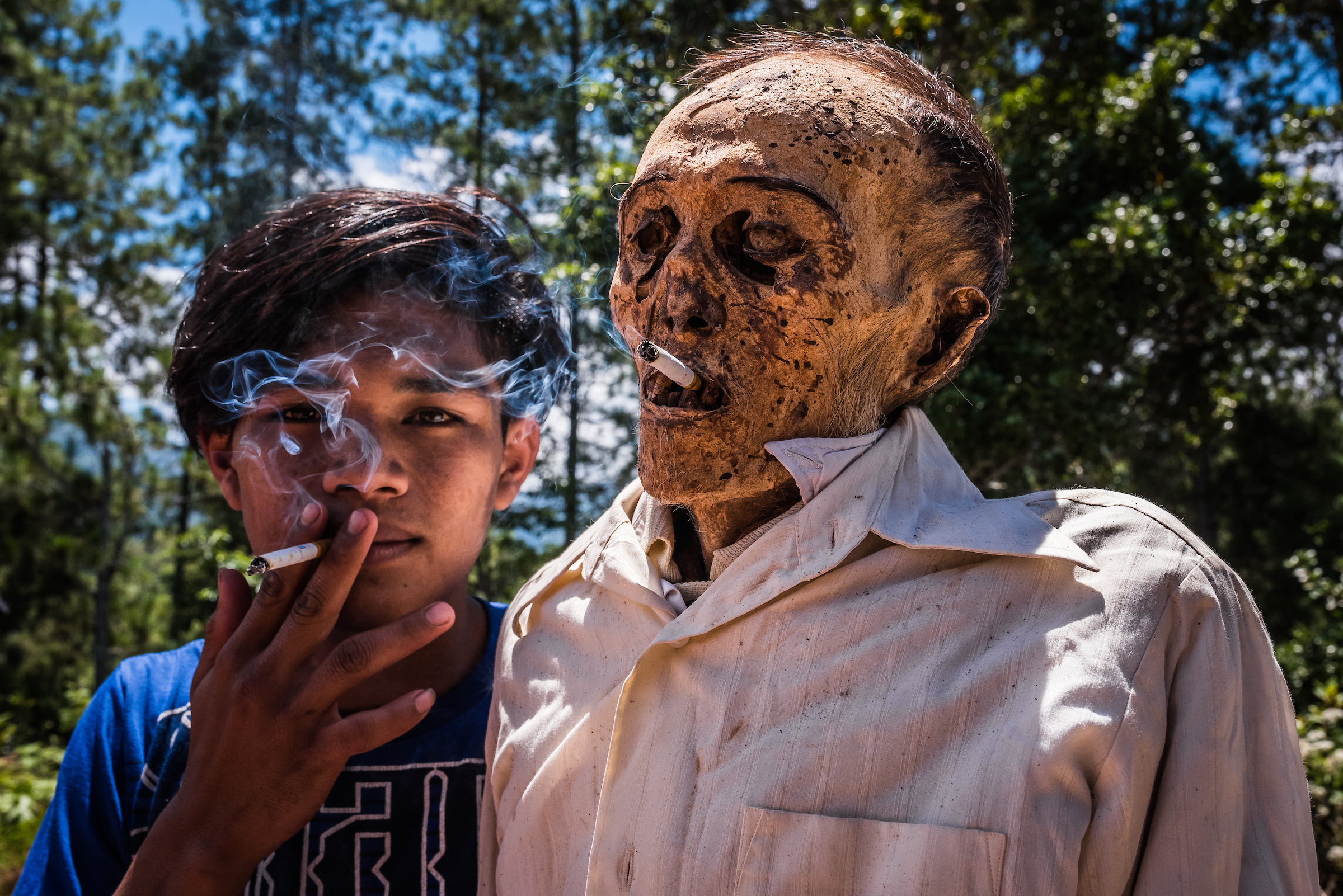 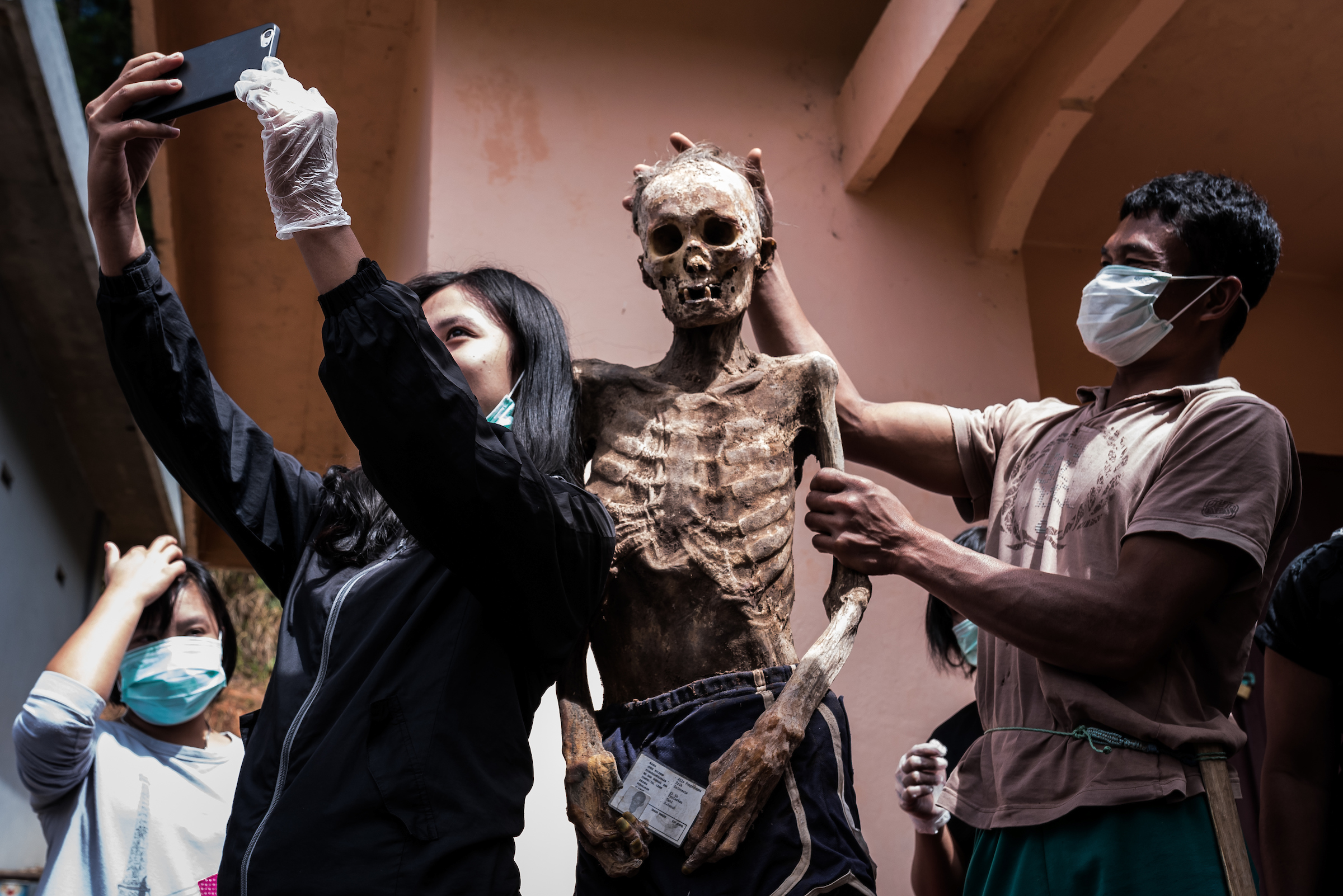 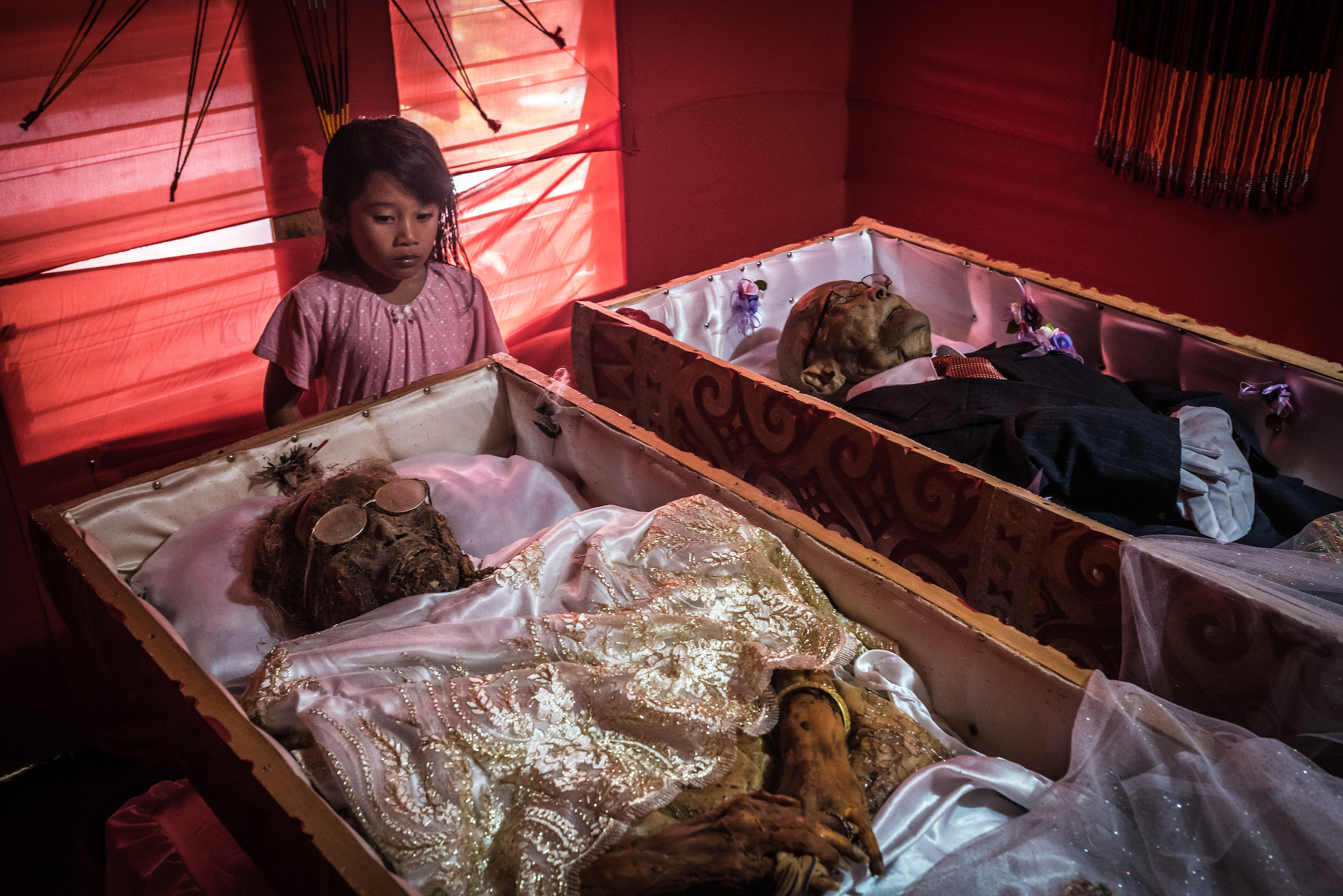 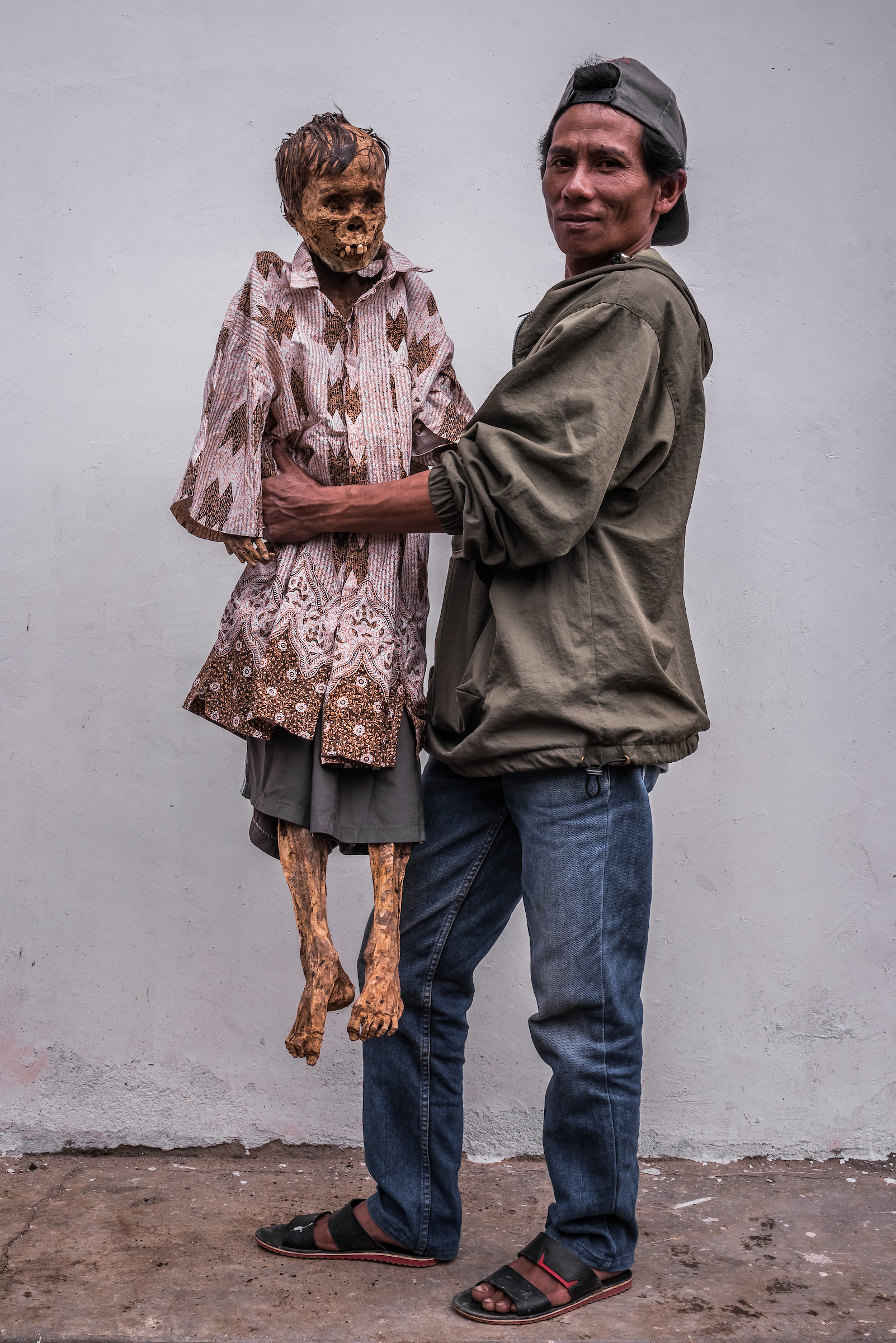 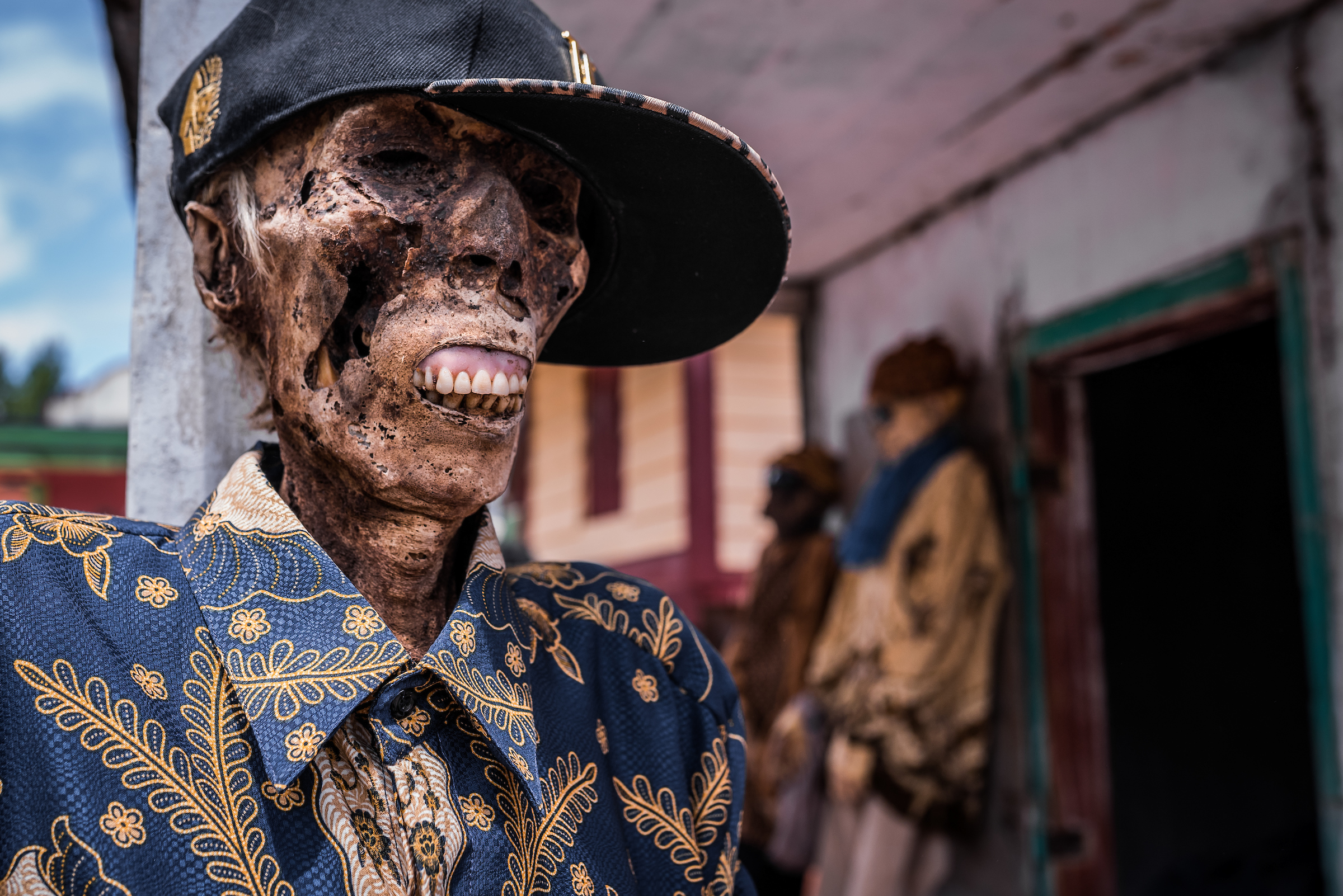 For the community, a well-preserved body brings good fortune so family go to great lengths to ensure those who have died remain in the best possible shape.

They are then kept wrapped up in blankets in a bed in a room of the house or in in wealthier homes, they'll rest in a tongkonan – a traditional Torajan 'ancestral' house with a distinctive boat-shaped roof so the rain water runs off. 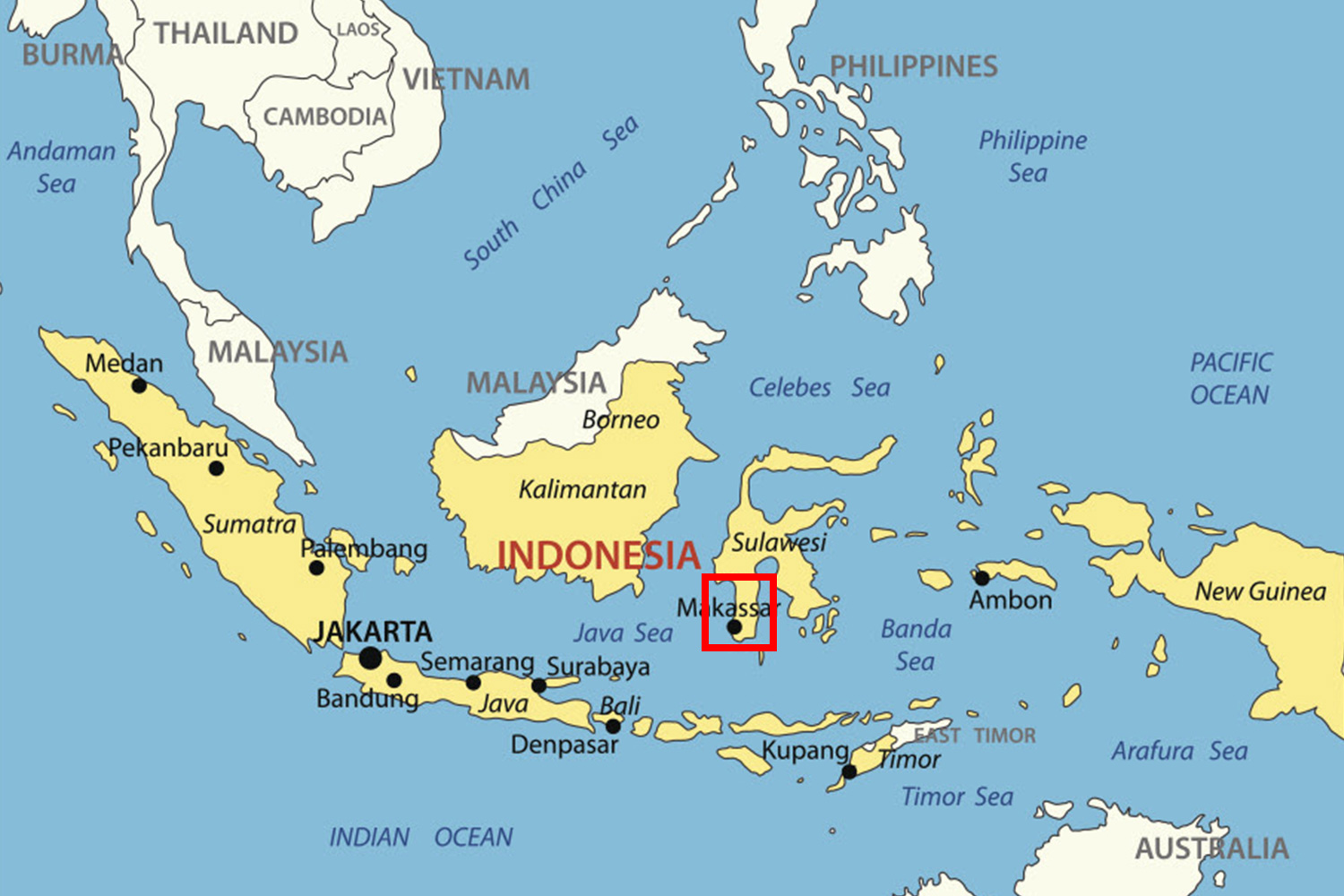 They'll stay here until the funeral takes place, which in some instances can be years or even decades.

“My mother died suddenly, so we aren’t ready yet to let her go,” a Torajan woman, Yohana Palangda, told National Geographic of how this helps the grieving process.

“I can’t accept burying her too quickly.”

Often families will need to spend time saving in order to be able to afford a proper funeral, which staggeringly can cost anywhere between 700million Indonesian rupiah (£38,000) for lower castes and more than 3 trillion rupiah (£200,000) for upper castes.

With many low-income rural Torajans struggling to earn more than around 1 million rupiah each month (£54), bank loans are often a necessity and in recent years, younger people have been moving to the cities, unable to afford such high amounts. 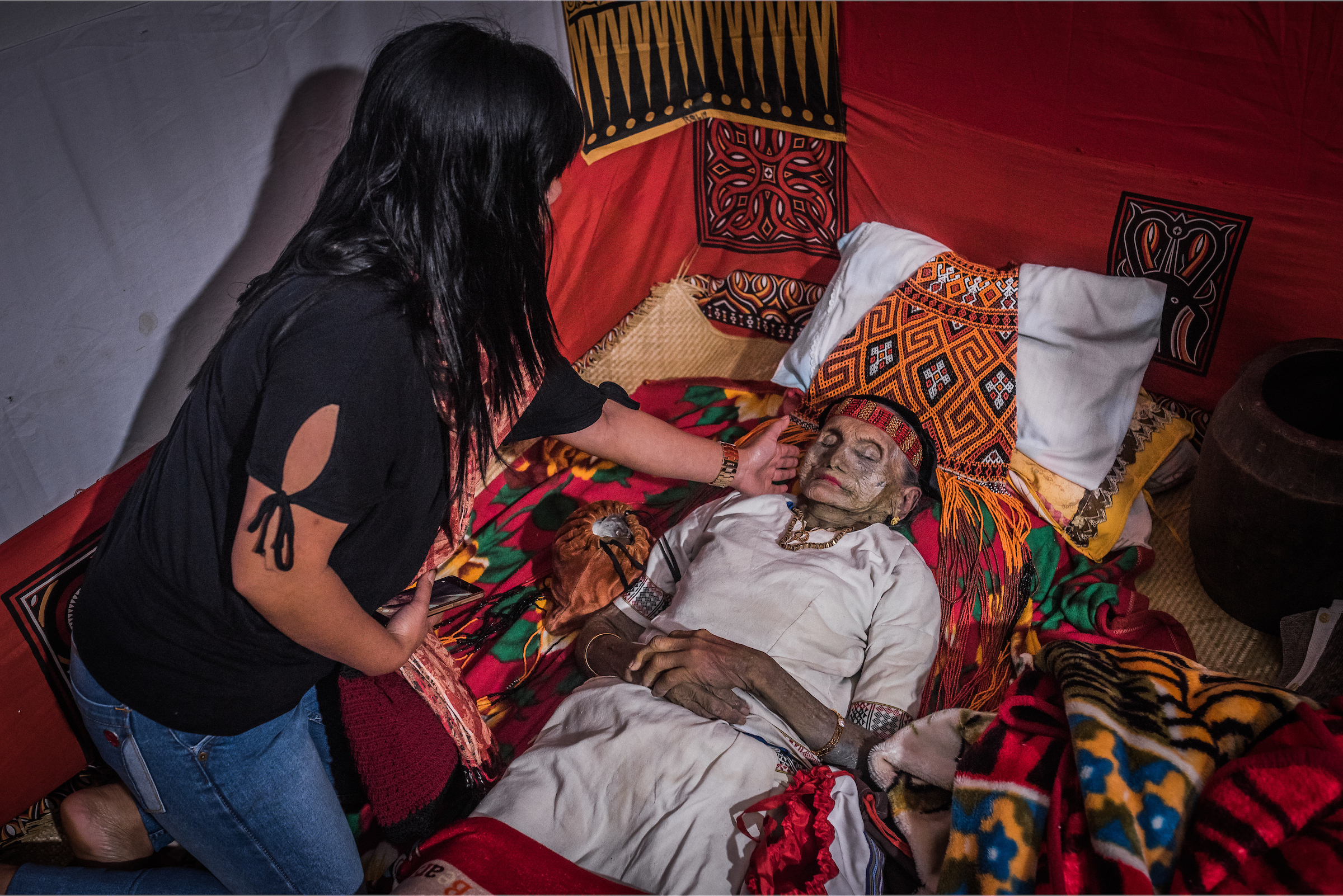 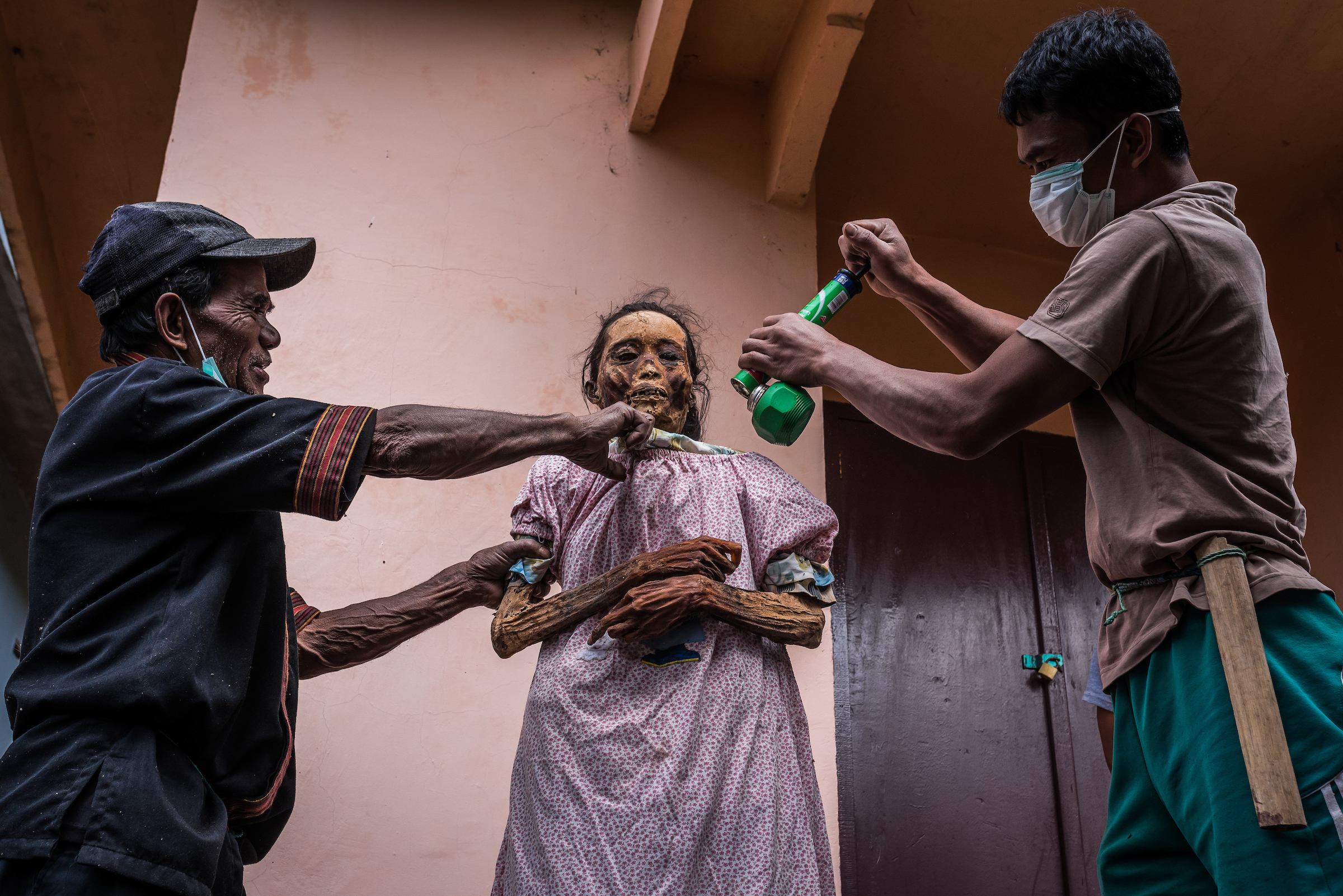 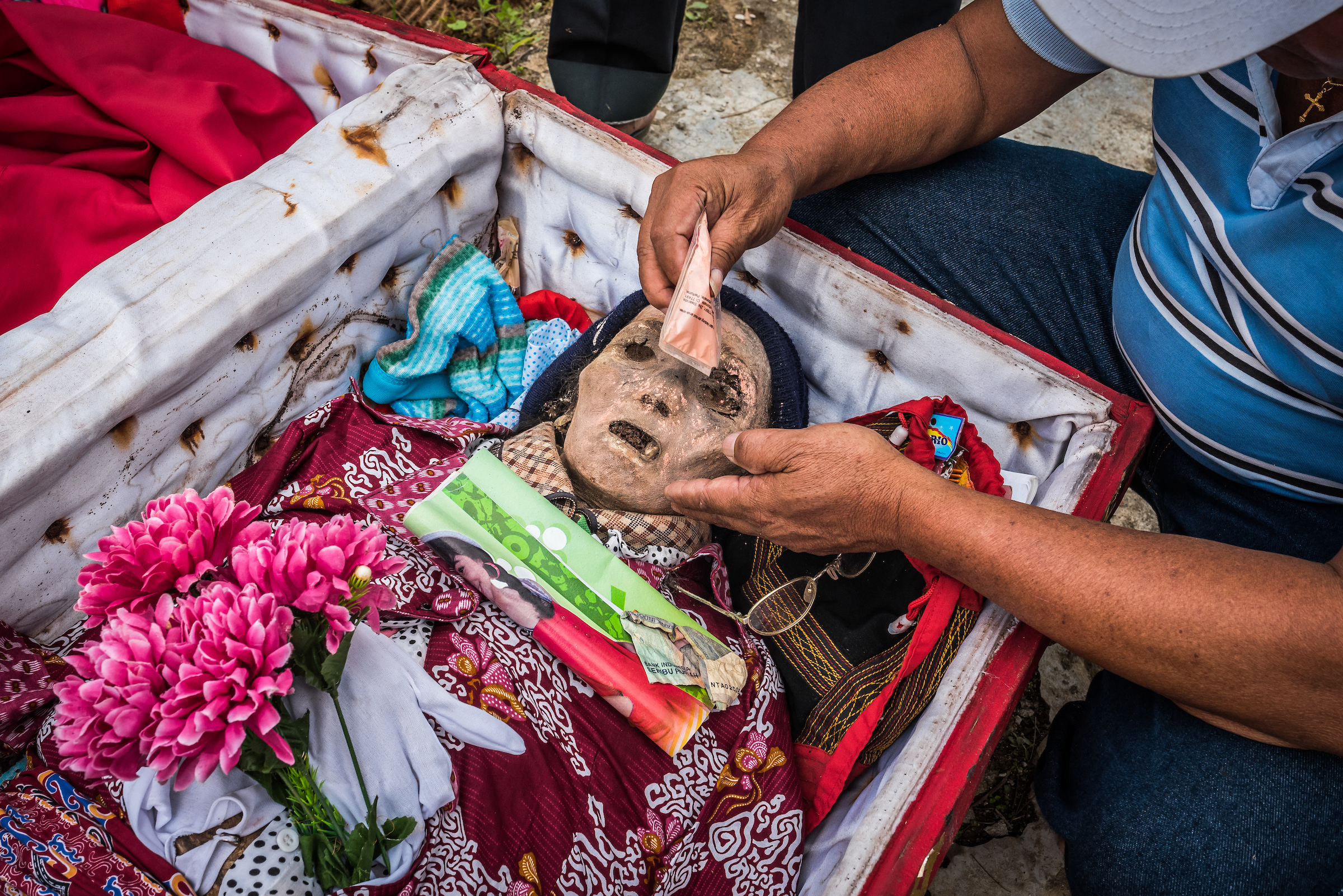 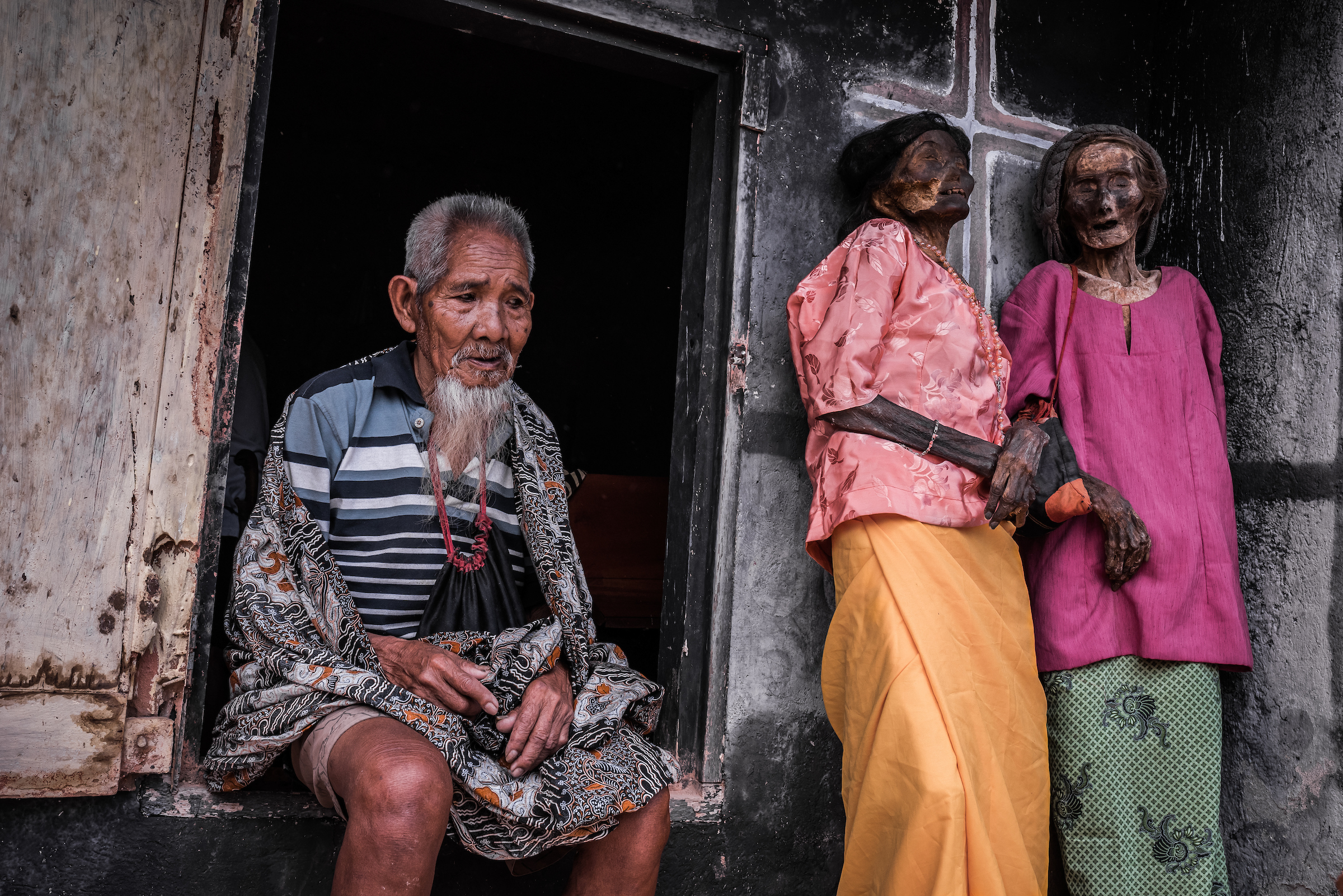 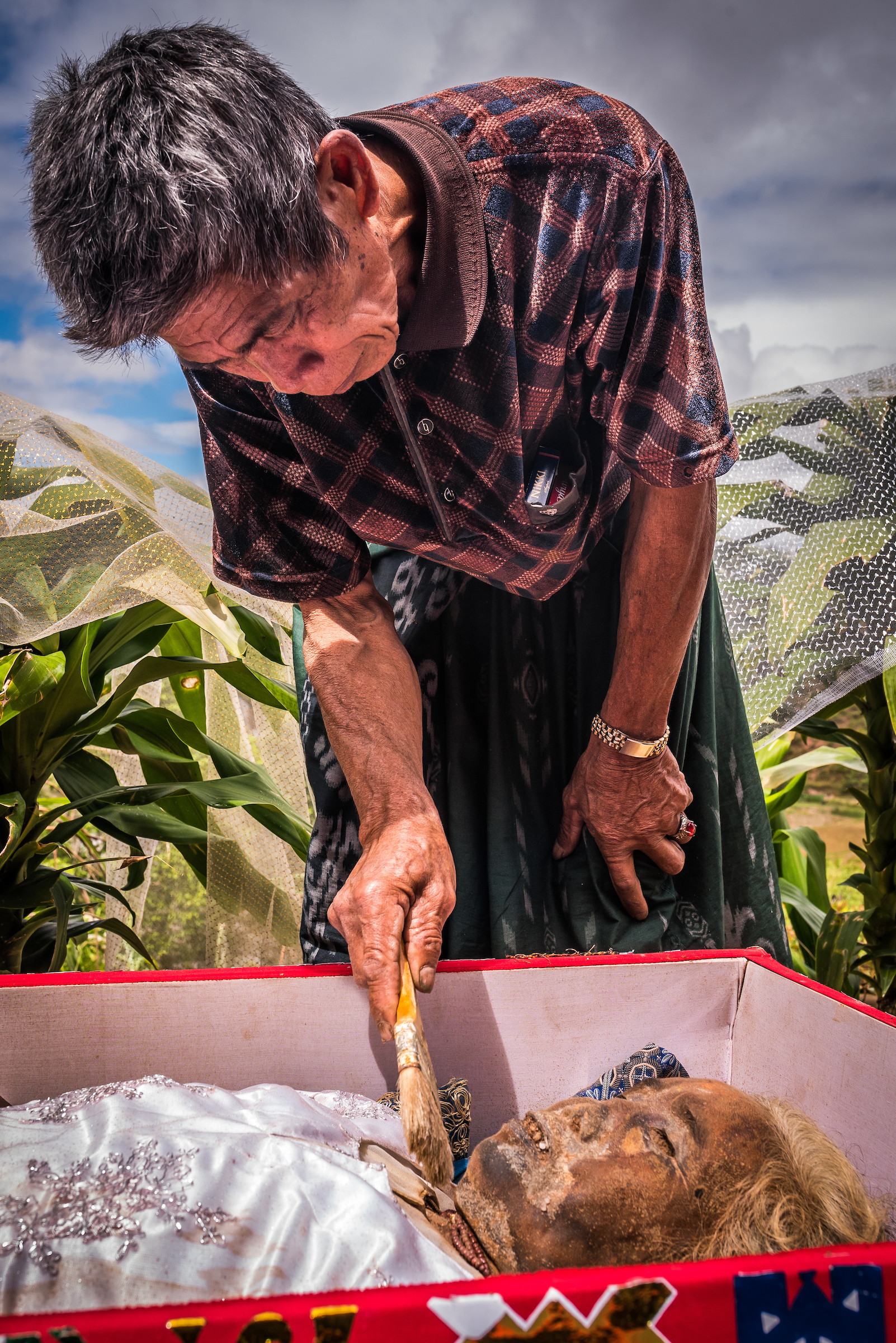 Much of the money goes towards buying dozens of water buffalo – which can cost between £7,000 and  £30,000, based on length of horns and colour of the eyes – to sacrifice, known as Rambu Solo.

This marks the official death of the person and help raise them to heaven, a place they call Puya. 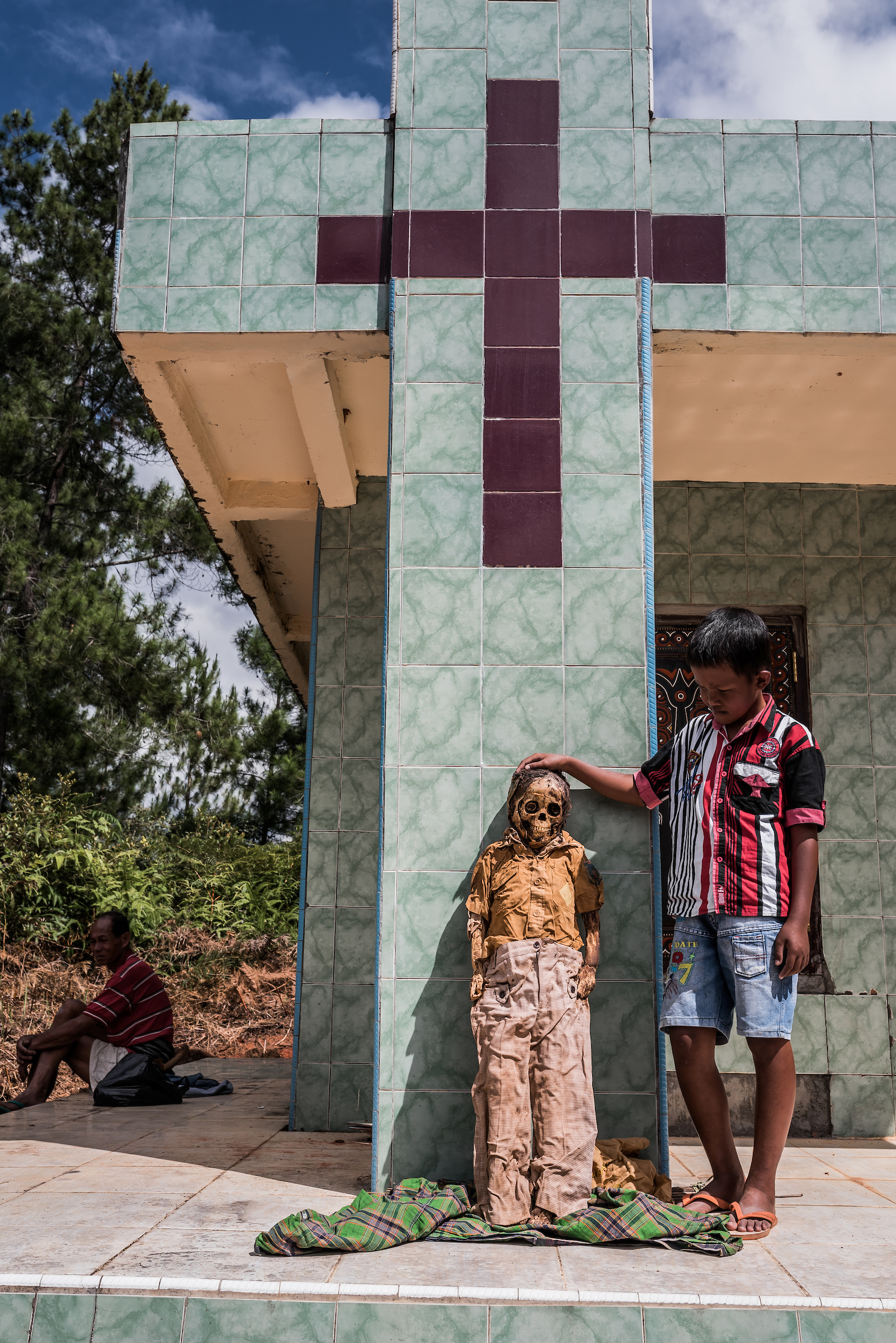 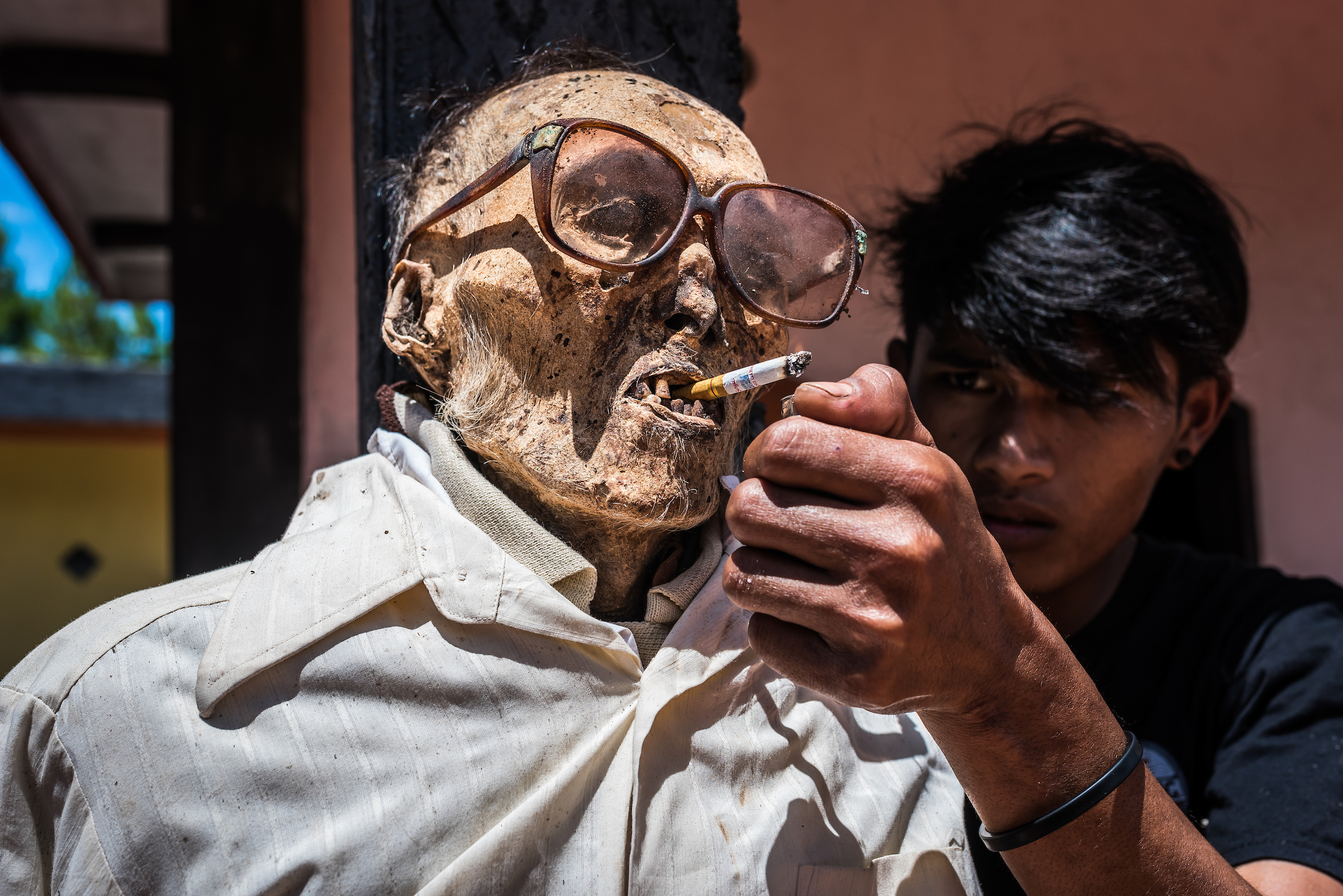 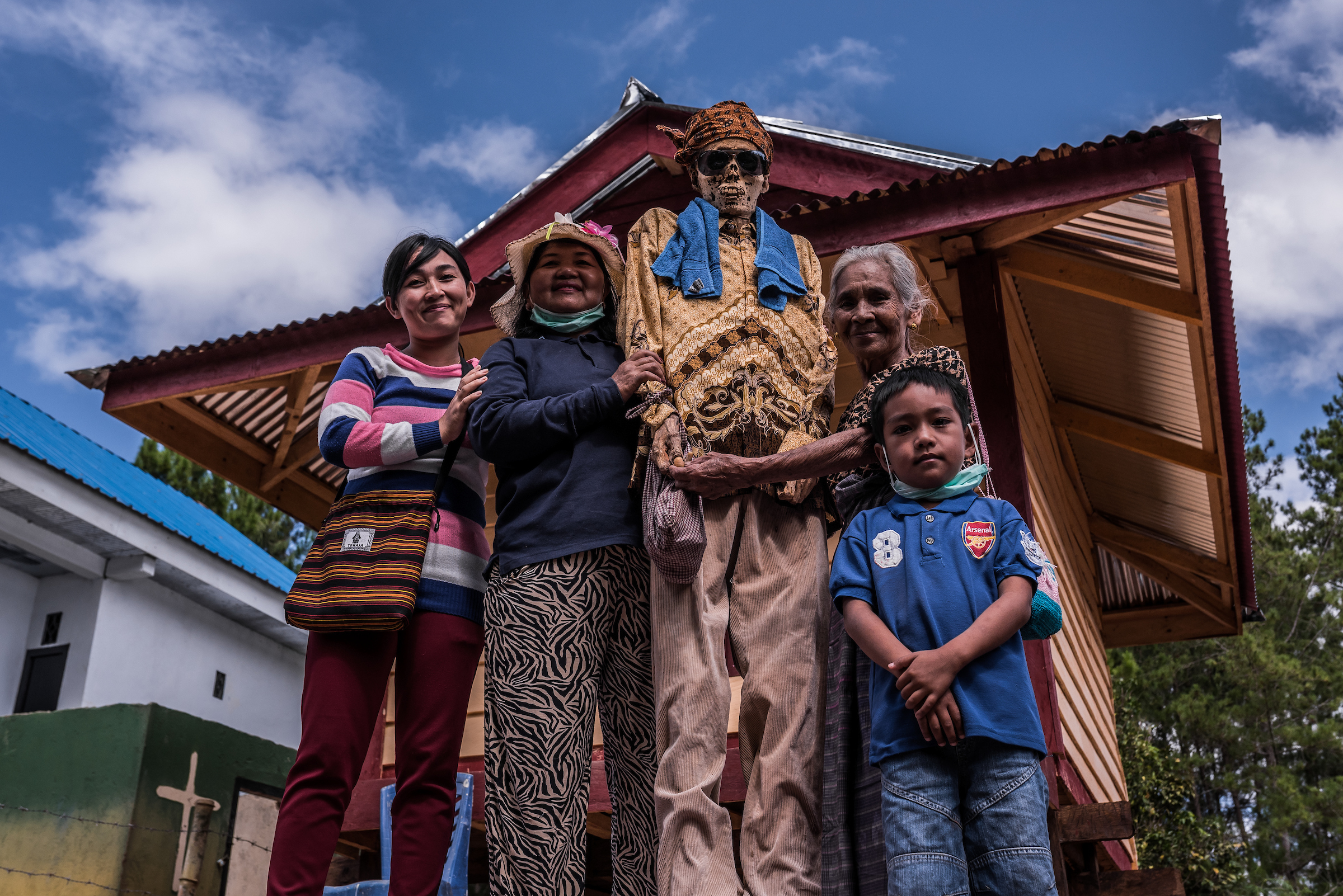 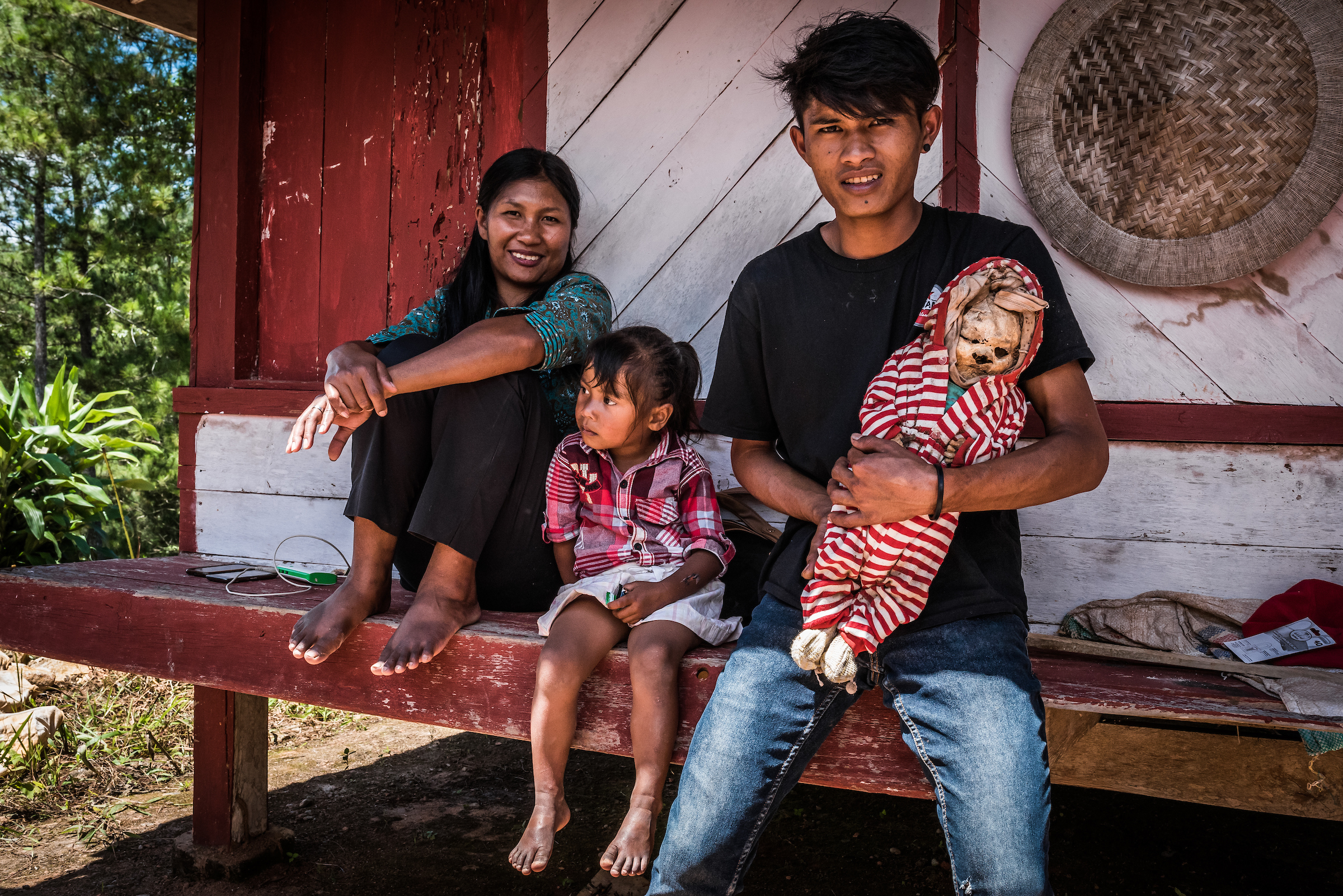 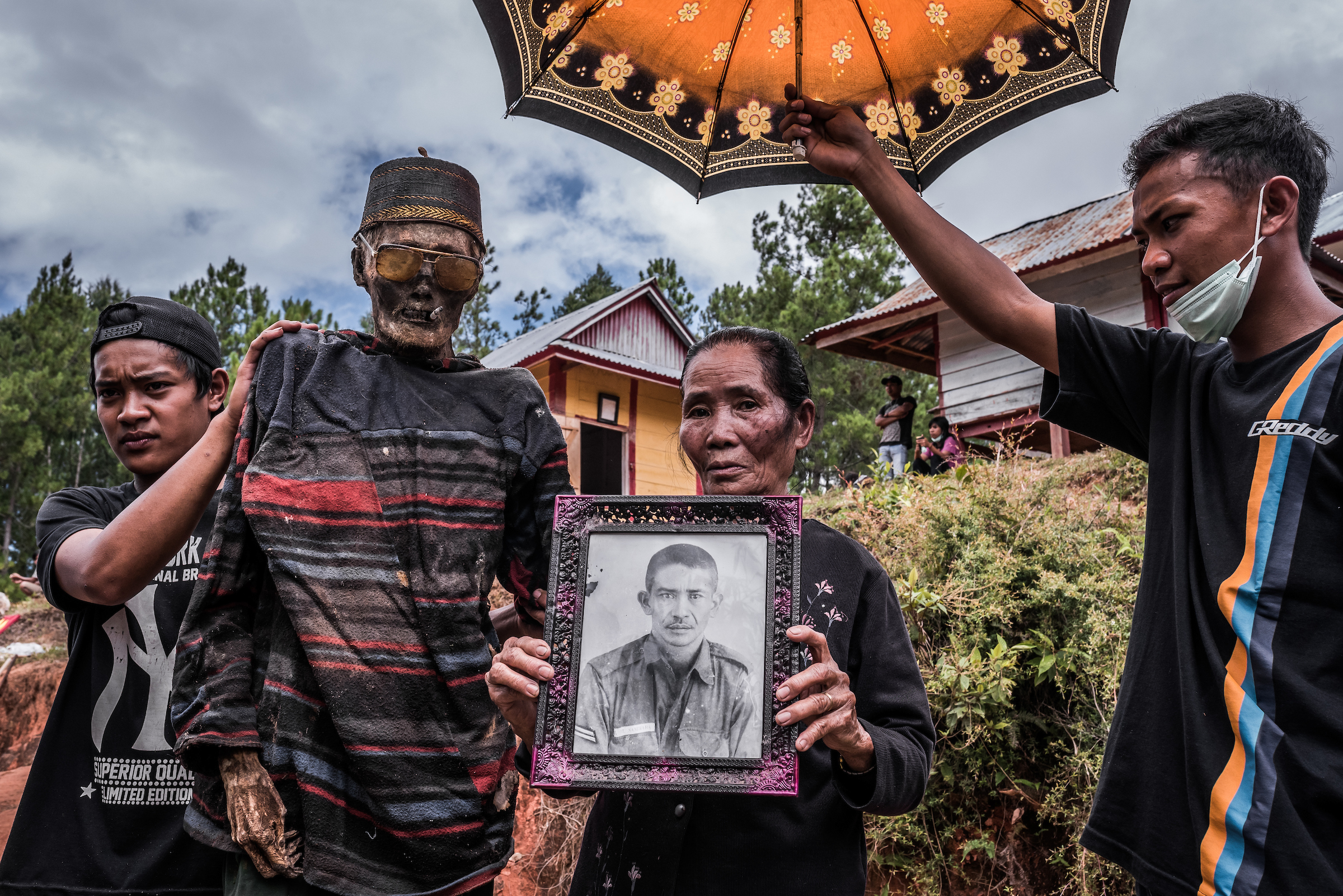 These funerals tend to be more of a celebration than a sombre event.

Even after the dead have been buried in a mausoleum or stone grave, it won't be the last time their relatives will come face-to-face with their body.

In a ritual known as Ma’nene – which means "care for ancestors" and traditionally takes place in August – the dead are brought out from their graves, taken out of their coffins, washed of insects and dirt, given new clothes and brought down to the village to enjoy a cigarette in their favourite spot or visit their old home. 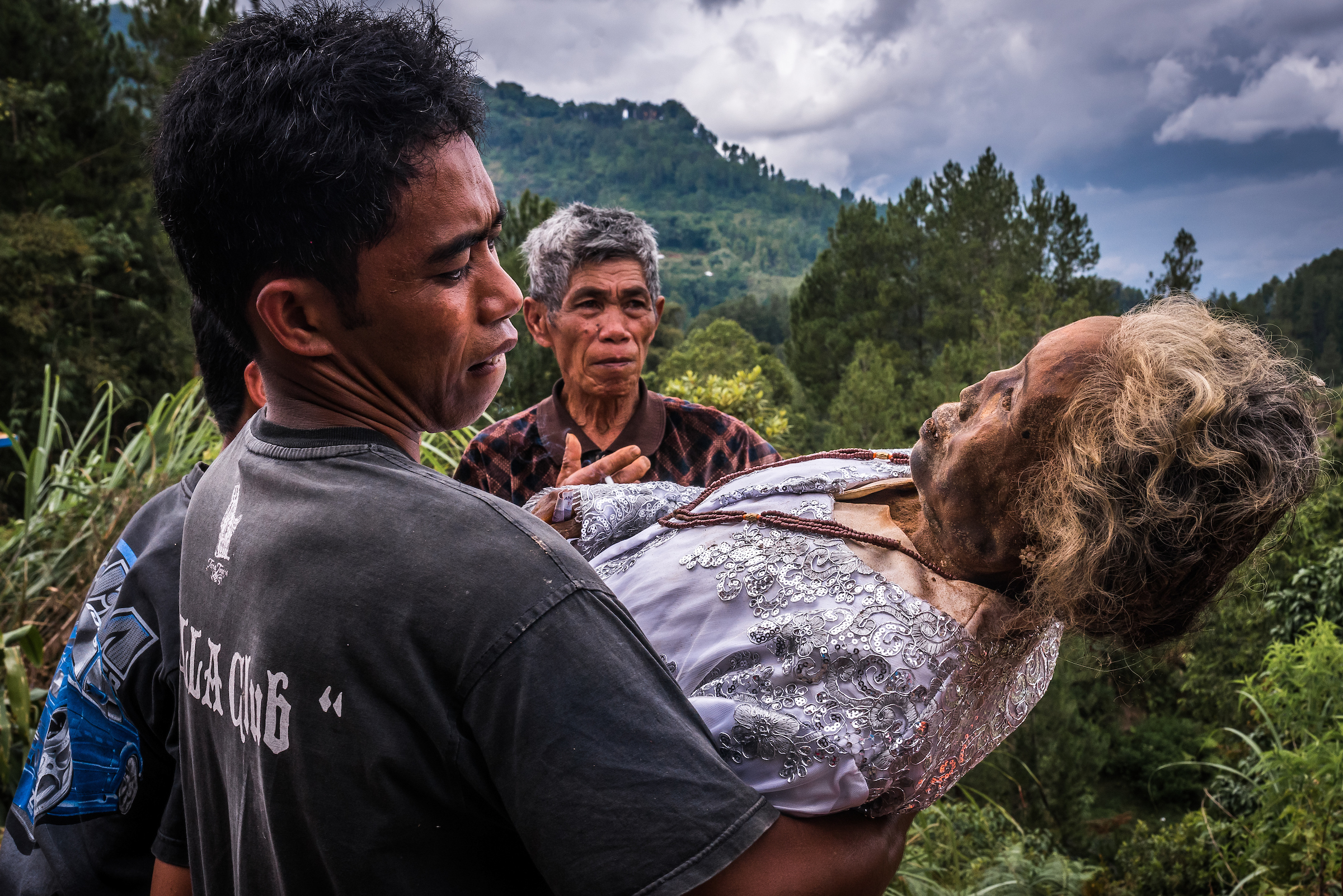 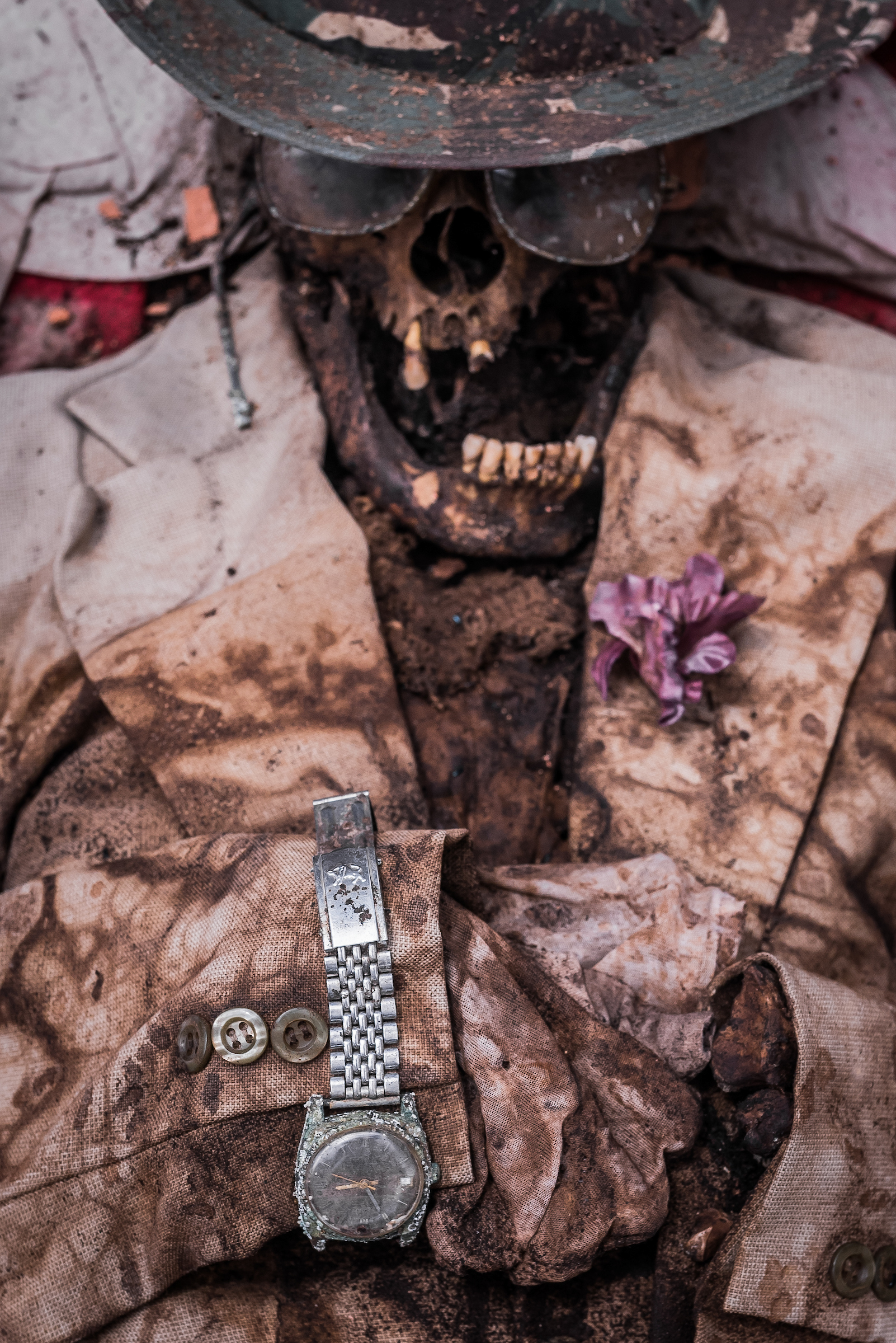 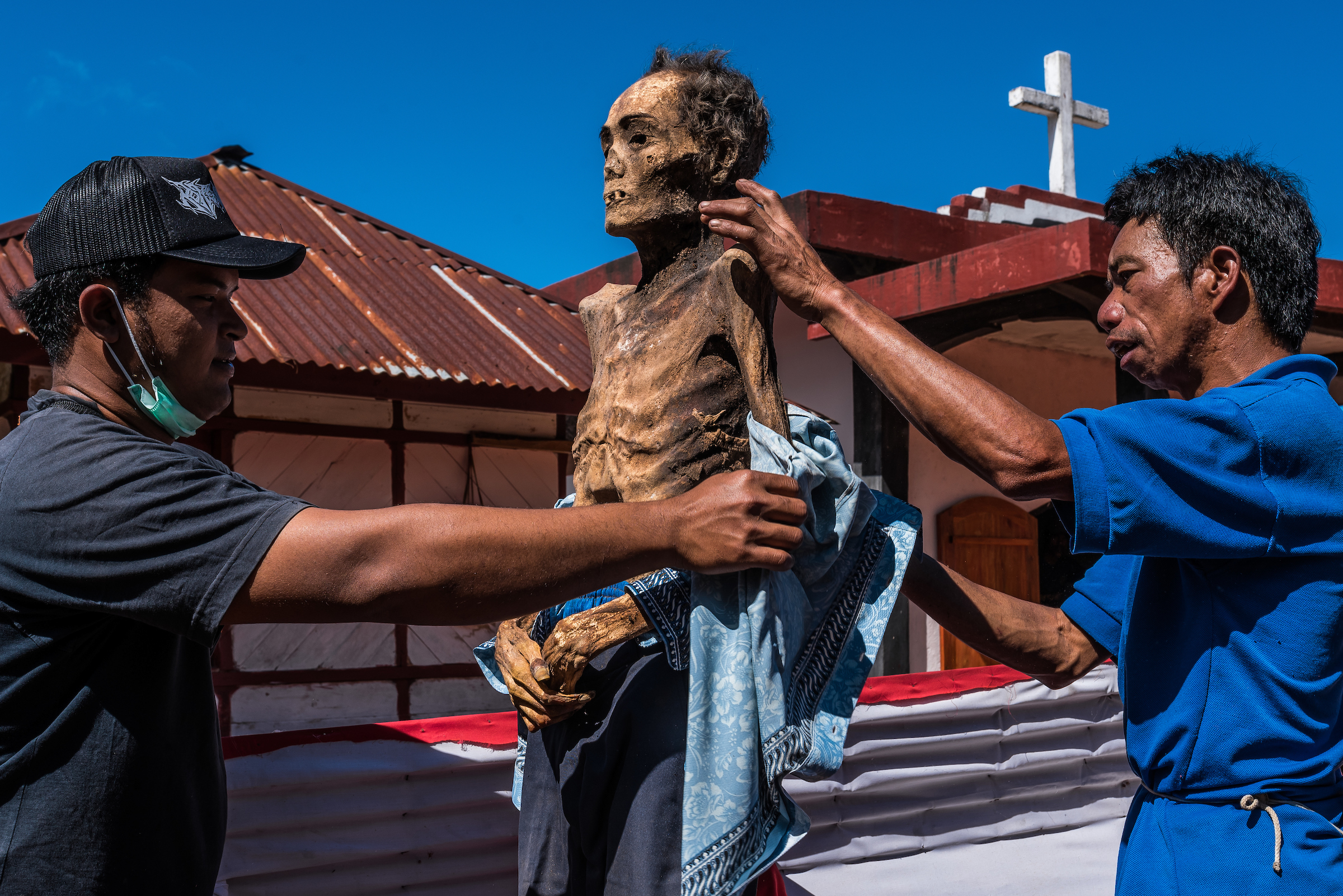 Friends and family will travel miles to be reunited with their deceased loved ones and enjoy a feast to mark the occasion.

It is also a time when younger generations can meet their ancestors for the first time.

They will often pose for photographs with the bodies, or take a selfie.

Eventually, the dead will be returned to their coffin and relatives will leave them with new gifts – such as watches, glasses or jewellery. 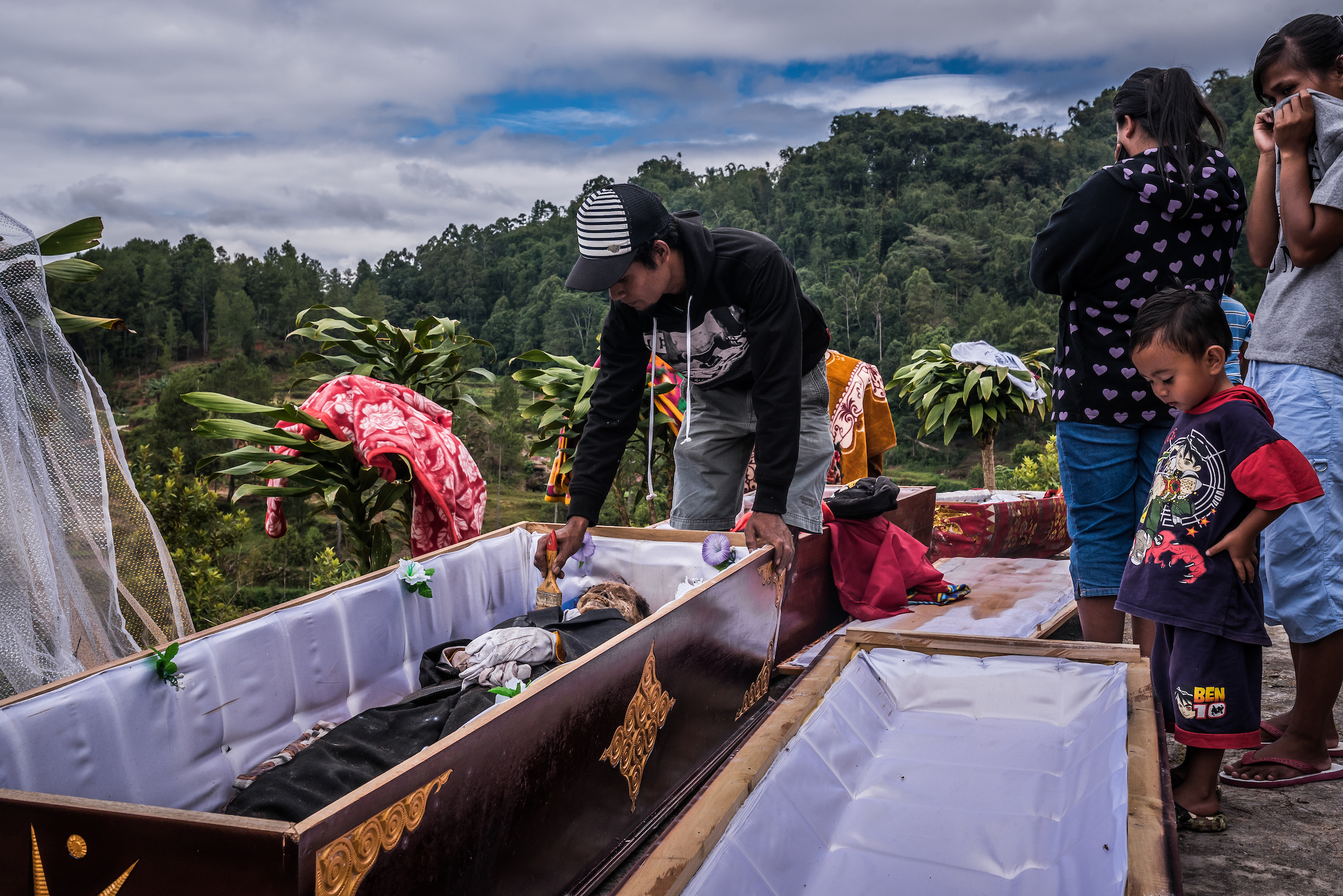 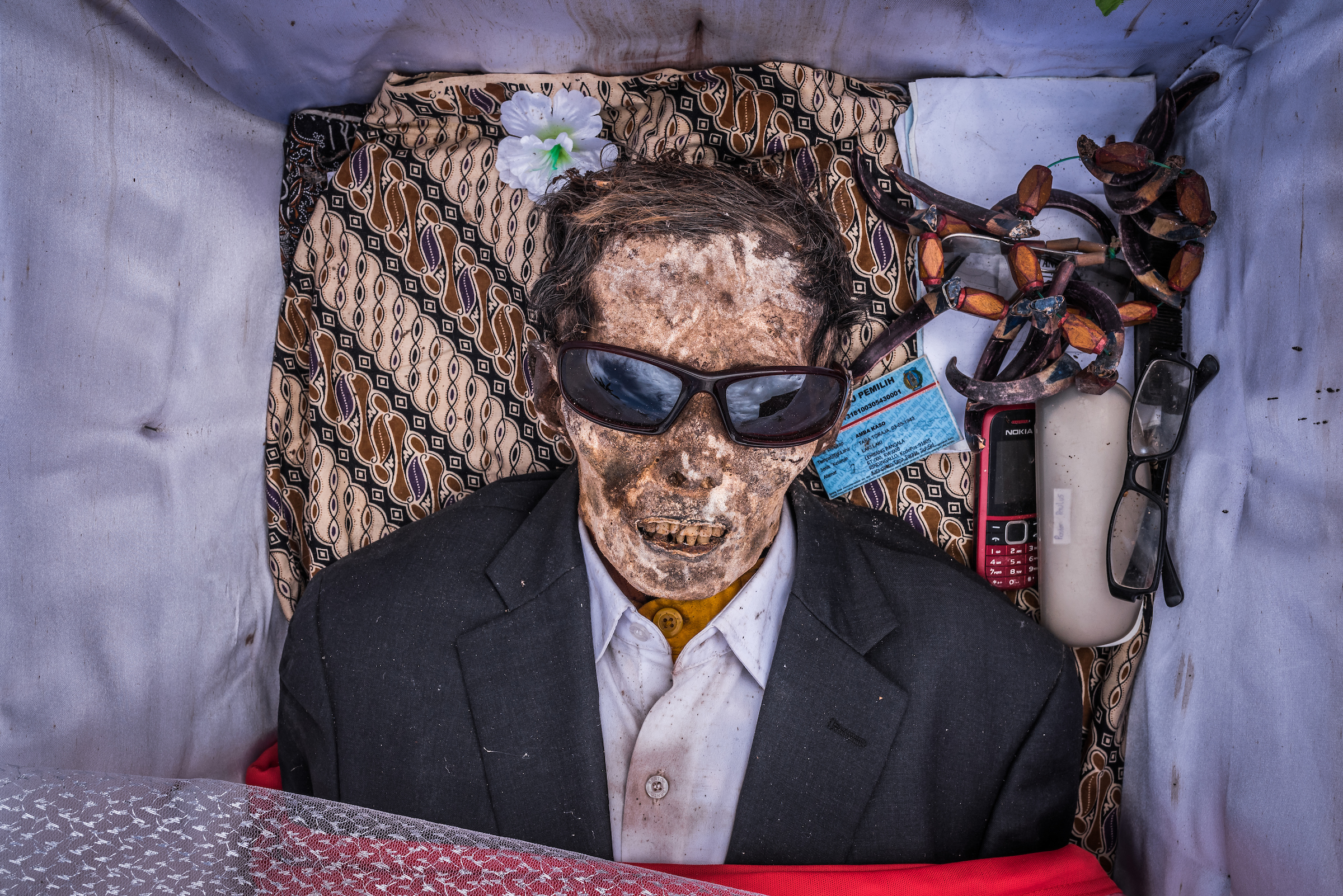 It is thought that these Torajan death rites first began in 9 AD.

These days, the practices are accompanied by Christian elements – including recitations of the Lord's prayer and biblical readings – stemming from when Dutch missionaries discovered Indonesia in the 16th century, in search of nutmeg and cloves, they introduced the religion to the local Torajan people.

These days, European and Australian tourists now mingle with locals as afterlife processions continue to be embraced through the generations.